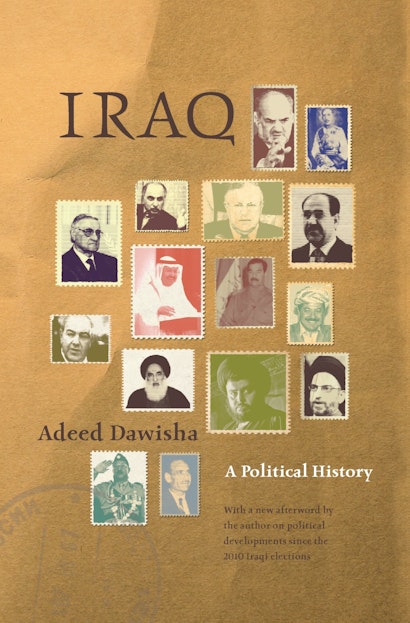 With each day that passed after the 2003 invasion, the United States seemed to sink deeper in the treacherous quicksand of Iraq’s social discord, floundering in the face of deep ethno-sectarian divisions that have impeded the creation of a viable state and the molding of a unified Iraqi identity. Yet as Adeed Dawisha shows in this superb political history, the story of a fragile and socially fractured Iraq did not begin with the American-led invasion — it is as old as Iraq itself.


Dawisha traces the history of the Iraqi state from its inception in 1921 following the collapse of the Ottoman Empire and up to the present day. He demonstrates how from the very beginning Iraq’s ruling elites sought to unify this ethnically diverse and politically explosive society by developing state governance, fostering democratic institutions, and forging a national identity. Dawisha, who was born and raised in Iraq, gives rare insight into this culturally rich but chronically divided nation, drawing on a wealth of Arabic and Western sources to describe the fortunes and calamities of a state that was assembled by the British in the wake of World War I and which today faces what may be the most serious threat to survival that it has ever known.


Featuring Dawisha’s insightful new afterword on recent political developments, Iraq is required reading for anyone seeking to make sense of what’s going on in Iraq today, and why it has been so difficult to create a viable government there.

Adeed Dawisha is distinguished professor of political science at Miami University in Ohio. His books include Arab Nationalism in the Twentieth Century (Princeton), Syria and the Lebanese Crisis, and Egypt in the Arab World.

"Anyone who thinks that Iraq has no history of democratic government needs to read this book immediately."—Choice

"We are fortunate to have scholars, such as Adeed Dawisha, who continue to grapple with Iraq's political complexities. . . . A highly accessible and insightful work on one of the most important and complex countries in the Middle East."—Eric Davis, Middle East Journal

"Dawisha's . . . reliance on the many memoirs, monographs, and histories written by Iraqis themselves, plus his own intimate knowledge of Iraq in its domestic, regional, and international setting, makes for a fine (if disheartening) study of abortive state building."—L. Carl Brown, Foreign Affairs

"Dawisha has only the worst superlatives for Saddam's tyrannical regime. . . . And yet we should not give up on Iraq, for Dawisha doesn't. He never loses his calm or objectivity."—Robert D. Kaplan, National Interest

"This book should be required reading for all those involved in building a brighter future for Iraq."—Alison Webster, European Legacy

"Adeed Dawisha's well-written and flowing book makes an important contribution to understanding the complex history of Iraq. . . . Dawisha's approach indeed provides a multidimensional, complex, and nuanced picture of the development of Iraq. . . . Dawisha's important book is recommended for anyone who is interested in the comprehensive view of Iraqi history or for anyone who is interested in Middle Eastern affairs and history."—Michael Eppel, Historian

"Adeed Dawisha has written a deeply informed study of the history of the Iraqi state. This is a book to be read by all who care about Iraq's future."—William B. Quandt, University of Virginia

"A pleasure to read. This book is a major contribution by a scholar who has written extensively on Arab nationalism and Iraq and knows the subject well. It is grounded in thorough research, good judgment formed by working on Iraq over a long period of time, and excellent analysis of Iraq's governing institutions and their relation to society over time."—Phebe Marr, author of The Modern History of Iraq

"A new and useful approach that provides a bird's-eye view of Iraqi history mainly through three lenses: building a governing structure, molding a national identity, and legitimizing the state and the ruling elites through democratic institutions. Dawisha helps readers to better understand what went wrong in Iraq, why, and what are the roots of the present crisis."—Amatzia Baram, University of Haifa