How partisan balance between the U.S. presidency and Congress is essential to successful government 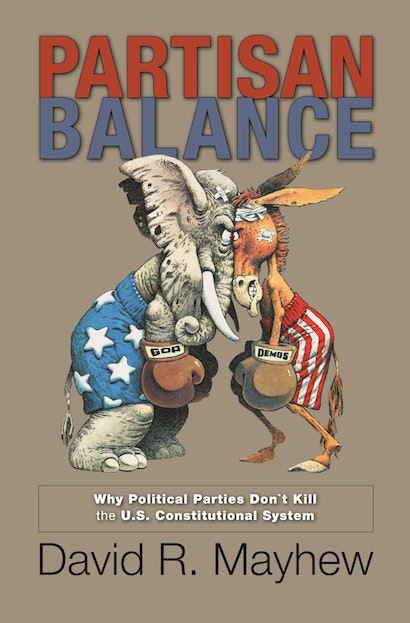 With three independent branches, a legislature divided into two houses, and many diverse constituencies, it is remarkable that the federal government does not collapse in permanent deadlock. Yet, this system of government has functioned for well over two centuries, even through such heated partisan conflicts as the national health-care showdown and Supreme Court nominations. In Partisan Balance, noted political scholar David Mayhew examines the unique electoral foundations of the presidency, Senate, and House of Representatives in order to provide a fresh understanding for the government’s success and longstanding vitality.

Focusing on the period after World War II, and the fate of legislative proposals offered by presidents from Harry Truman to George W. Bush, Mayhew reveals that the presidency, Senate, and House rest on surprisingly similar electoral bases, with little difference in their partisan textures as indexed by the presidential popular vote cast in the various constituencies. Both congressional chambers have tilted a bit Republican, and while White House legislative initiatives have fared accordingly, Mayhew shows that presidents have done relatively well in getting their major proposals enacted. Over the long haul, the Senate has not proven much more of a stumbling block than the House. Arguing that the system has developed a self-correcting impulse that leads each branch to pull back when it deviates too much from other branches, Mayhew contends that majoritarianism largely characterizes the American system. The wishes of the majority tend to nudge institutions back toward the median voter, as in the instances of legislative districting, House procedural reforms, and term limits for presidents and legislators.

David R. Mayhew is Sterling Professor of Political Science at Yale University. His books include Congress and Electoral Realignments. 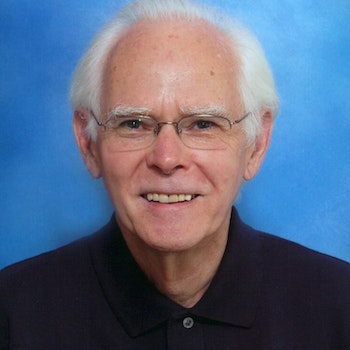 "Any time you read something David Mayhew has written, you end up learning something. His latest book, Partisan Balance, is no exception to that rule."—Matthew Yglesias, Matthew Yglesias blog

"Armed with impressive datasets and thoughtful analysis, Mayhew makes the case that our constitutional system usually works the way that we want it to work. . . . Mayhew is well respected by his peers, and Partisan Balance reminds the reader why he is such a trusted voice in political science. . . . Readers wanting explanation and evidence for why the U.S. Constitution and the political system it established remain robust and vibrant will find many rewards in Mayhew's latest book."—Books & Culture

"In this work, Mayhew pursues the question of whether presidential requests are affected by persistent partisan biases of the Senate and the House. . . . This is an analysis of particular interest to those concerned about the dynamics of presidential-congressional interactions over legislation since WWII."—Choice

"Typical of a David Mayhew contribution, this book is detailed and meticulous in its analysis, impeccably written and argued, and provides a range of thoughtful, provocative, and counter-intuitive claims. It is a worthy addition to Mayhew's esteemed cannon."—Paul Frymer, Political Science Quarterly

"[Mayhew's] data set is quite rich, providing insights and posing issues that should keep political historians busy for some time."—Roger H. Davidson, Congress & the Presidency

"What makes the book an enjoyable read is the care with which Mayhew outlines the fare of each proposal, his almost stream-of-consciousness discussion of how to handle methodological conundrums and ambiguous results, and his crisp conclusions once all avenues have been exhausted. . . . This author's work usually leads me to more questions than answers, but this is of course a sign of a stimulating book."—Robin Kolodny, Perspectives on Politics

"Once again, Mayhew demolishes conventional wisdom in this theoretically informed analysis of domestic policymaking in the post-World War II era. Readers will find all the qualities they have come to expect from this author—thoughtful arguments, surprising findings, and provocative, if not iconoclastic, conclusions."—Morris P. Fiorina, Stanford University

"David Mayhew illuminates a previously confusing aspect of American politics: the extent to which the U.S. Congress since World War II has concurred with or rejected presidents' major legislative proposals. As always, Mayhew's careful analysis of data and sensitivity to political factors produce definitive and surprising conclusions."—Michael Barone, American Enterprise Institute and coauthor of The Almanac of American Politics

"Gridlock? Polarization? A constitution undermined by political parties and special interests? Think again. David Mayhew's eye-opening Partisan Balance explains how the political parties have in fact been integral to the survival of the U.S. Constitution and the instrument of American democracy, rather than its undoing."—Stephen Ansolabehere, Harvard University

"A must-read for students of American politics, this book provides a compelling new perspective on several of the biggest questions facing the field. Drawing upon two innovative datasets, Mayhew demonstrates that American politics has been characterized by far more majoritarianism than critics have recognized. Mayhew offers new, important insights into the enduring logic of our constitutional system."—Eric Schickler, University of California, Berkeley

"This impressive book makes an important contribution to our understanding of American politics, most especially regarding the presidency and Congress. Mayhew presents arguments that undercut the conventional wisdom and his analysis is elegantly executed."—David Lewis, Vanderbilt University