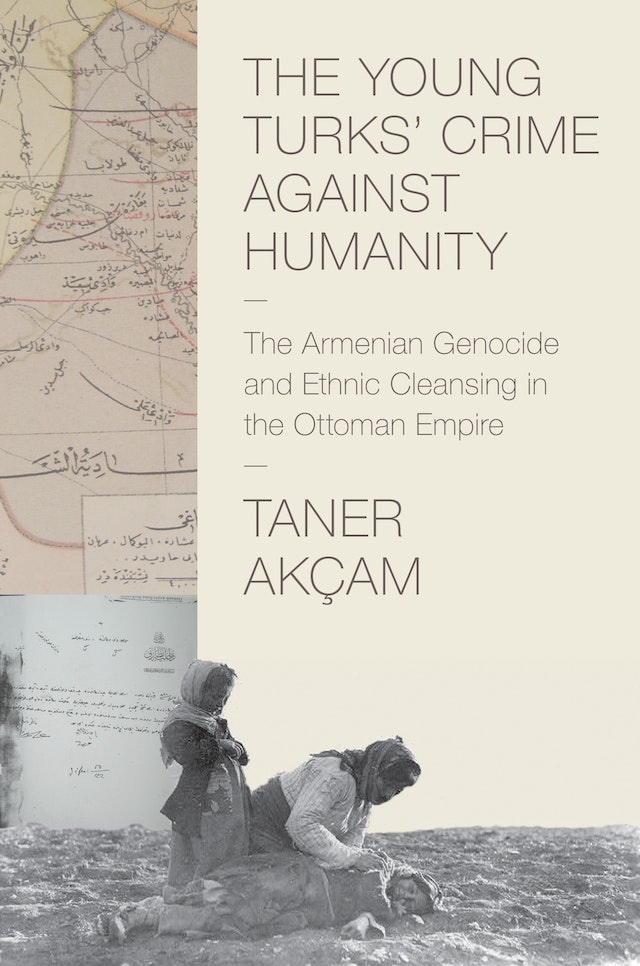 Introducing new evidence from more than 600 secret Ottoman documents, this book demonstrates in unprecedented detail that the Armenian Genocide and the expulsion of Greeks from the late Ottoman Empire resulted from an official effort to rid the empire of its Christian subjects. Presenting these previously inaccessible documents along with expert context and analysis, Taner Akçam’s most authoritative work to date goes deep inside the bureaucratic machinery of Ottoman Turkey to show how a dying empire embraced genocide and ethnic cleansing.


Although the deportation and killing of Armenians was internationally condemned in 1915 as a “crime against humanity and civilization,” the Ottoman government initiated a policy of denial that is still maintained by the Turkish Republic. The case for Turkey’s “official history” rests on documents from the Ottoman imperial archives, to which access has been heavily restricted until recently. It is this very source that Akçam now uses to overturn the official narrative.


The documents presented here attest to a late-Ottoman policy of Turkification, the goal of which was no less than the radical demographic transformation of Anatolia. To that end, about one-third of Anatolia’s 15 million people were displaced, deported, expelled, or massacred, destroying the ethno-religious diversity of an ancient cultural crossroads of East and West, and paving the way for the Turkish Republic.


By uncovering the central roles played by demographic engineering and assimilation in the Armenian Genocide, this book will fundamentally change how this crime is understood and show that physical destruction is not the only aspect of the genocidal process.

"Akçam has long courted controversy in Turkey, where he was jailed as a student activist in the 1970s before claiming asylum in Germany, but his intellectual courage is beyond question. Moreover, while Turkey's official account of what happened in 1915 is unchanged, Turkish public and intellectual opinion is now much more open to debate. This dispassionate, scholarly study is a valuable contribution to help that debate move on."—Delphine Strauss, Financial Times

"[T]he fact that a Turkish historian with access to the Ottoman archives has written this book is of immeasurable significance."—Foreign Affairs

"Akçam has long been the most vocal Turkish scholars regarding the Ottoman participation in genocidal acts against Armenians. Here, using Ottoman archival sources, the author makes his case that the Young Turk government had planned prior to WWI to remove the empire's Christian and no-Turkish Muslim population. . . . The author's discussion of the removal and execution of the Armenians is extremely detailed and well documented, and his usage of Ottoman sources, although questioned by Turkish nationalist scholars, is a very important addition to the study of this issue."—Choice

"[A] major breakthrough in the our understanding of the social engineering that led to the near destruction of the Armenians of Anatolia, and of the dual-track mechanism for organizing it that the Young Turks employed. . . . [A] must for serious scholars of the Armenian Genocide."—John M. Evans, former U.S. Ambassador to Armenia (2004-2006), American Diplomacy

"Taner Akçam's study represents a giant step forward. He produced a most important book, all the more so because the ideology of Islamism has endured, and most recently some of its outstanding proponents have seized power in the Middle East."—Dr. Wolfgang G. Schwanitz, Scholars for Peace in the Middle East

"The Young Turks' Crime against Humanity is an informative work whose usefulness is greatly enhanced by several well-drawn maps. Akcam draws upon rich archival sources—particularly the Prime Ministerial Ottoman Archive in Istanbul and the archives of the Ministry of the Interior, as well as Turkish court proceedings immediately after the war—to advance an argument about the deliberate 'demographic engineering' planned and implemented by the Ottoman state before and during the First World War."—Peter Gatrell, European Review of History

"This book, an edited translation of the now outdated 2008 Turkish original, is a welcome addition to the scholarship."—Ugur Ungor, European History Quarterly

"The book is a welcome addition to the scholarship on the Armenian genocide. Clearly structured . . . the book offers some captivating discussions."—Ugur Umit Ungor, Journal of Ecclesiastical History

"Akcam's impressive brick-by-brick dismantling of the official Turkish historiography will certainly become a landmark study of the Armenian Genocide and will help serve as yet another nail in the coffin of state-sponsored genocide negationism."—Artyom H. Tonoyan, Journal of Church and State

"Taner Akçam's work is valuable in providing references for the relationship between the settlement policies of the CUP during WWI and the deportation policy against the non-Muslim population. It contains a great number of sources belonging to both Ottoman and foreign sources."—Hazal Duran, Insight Turkey

"[T]his is a powerful and important contribution to many fields of study. . . . I highly recommend this book to both specialists and generalists."—Kent F. Schull, Chicago Journals

"The Young Turks' Crime against Humanity is a welcome and important addition to the long list of books by Taner Akcam on the history of the Ottoman Empire and Modern Turkey."—Yair Auron, European Legacy

"This is an important book in that its evidence comes primarily from Ottoman documents produced by the perpetrators—sources that were previously thought to be either inaccessible or irrelevant to the issues."—Robert Melson, Holocaust and Genocide Studies

"For the past two decades, Taner Akçam has been tirelessly unearthing the Armenian Genocide. In The Young Turks' Crime against Humanity, he writes with a compassionate understanding both for the fears of the Ottoman Turks, who nearly became a subject people at the end of World War I, and for the aspirations of Armenians, Greeks, and others to emancipate themselves from the Ottoman yoke. This is essential reading for all who want to understand these world-historical events."—Seyla Benhabib, Yale University

"Taner Akçam, a meticulous and courageous scholar, continues his pathbreaking work on the Turkish genocide of Armenians. The Young Turks' Crime against Humanity will have extraordinary significance not only for Armenians and Turks, but for all students of genocide and for the larger human struggle to identify, name, and combat mass killing."—Robert Jay Lifton, author of Witness to an Extreme Century: A Memoir

"This major new contribution to our understanding of the Turkish atrocities directed against the Armenians in 1915 draws upon much hitherto untapped material. Akçam is a courageous scholar who has paid a stiff price for his intellectual integrity. He is also a masterful academic who thoroughly researches the primary sources and then writes with unquestionable authority."—William A. Schabas, Middlesex University

"Akçam's newest book on the Armenian genocide is based on stunning documentation from the Ottoman Turkish archives. Arguing that the annihilation of the Armenians (and the ethnic cleansing of the Ottoman Greeks) was based primarily on the Young Turks' commitment to demographic engineering, Akçam also explores the forced conversion and assimilation of Armenian children and the seizure of Armenian property. The book stands as powerful testimony to those who perished and as an unimpeachable rebuttal to denial."—Norman M. Naimark, author of Stalin's Genocides

"This is an extraordinary book in many ways. It is an important contribution to the documentation of the Armenian Genocide and stands as a marker to what we now know. And it is simply stunning to read through the documents gathered by Akçam and to hear the voices of those who ordered the deportations and killings."—Ronald Suny, University of Michigan