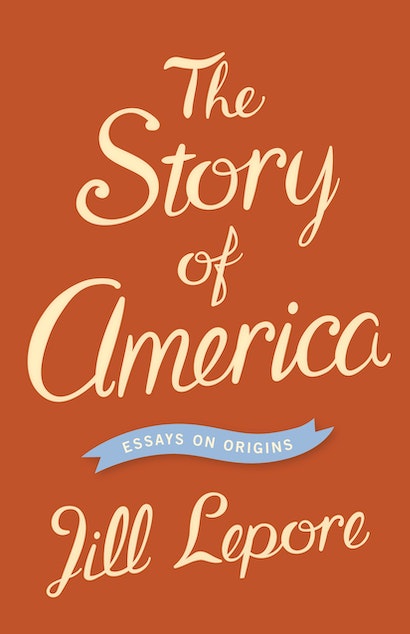 In The Story of America, Harvard historian and New Yorker staff writer Jill Lepore investigates American origin stories—from John Smith’s account of the founding of Jamestown in 1607 to Barack Obama’s 2009 inaugural address—to show how American democracy is bound up with the history of print. Over the centuries, Americans have read and written their way into a political culture of ink and type.

Part civics primer, part cultural history, The Story of America excavates the origins of everything from the paper ballot and the Constitution to the I.O.U. and the dictionary. Along the way it presents fresh readings of Benjamin Franklin’s Way to Wealth, Thomas Paine’s Common Sense, “The Raven” by Edgar Allan Poe, and “Paul Revere’s Ride” by Henry Wadsworth Longfellow, as well as histories of lesser-known genres, including biographies of presidents, novels of immigrants, and accounts of the Depression.

From past to present, Lepore argues, Americans have wrestled with the idea of democracy by telling stories. In this thoughtful and provocative book, Lepore offers at once a history of origin stories and a meditation on storytelling itself.

Jill Lepore is the David Woods Kemper '41 Professor of American History at Harvard University and a staff writer at the New Yorker. Her books include The Mansion of Happiness, The Whites of Their Eyes (Princeton), and Book of Ages: The Life and Opinions of Jane Franklin. 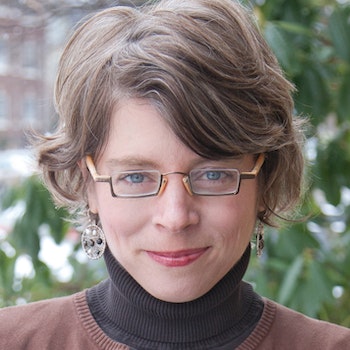 "In this collection of essays (most of which previously appeared in The New Yorker), Lepore illuminates the various ways in which the story of our nation has been formulated as a narrative. From John Smith's largely fictionalized account of the founding of Jamestown, in 1607, to Barack Obama's 2009 inauguration address, these pieces comprise an examination of the nature of history and an exploration of how the way we tell our story has shaped the story itself."—NewYorker.com's Page-Turner blog

"The Story of America, like A is for American, serves up a delightful smorgasbord of synecdoches and allegories of the evolution of American democracy. . . . [A] deeply satisfying book."—Amanda Foreman, Times Literary Supplement

"Anyone who has not yet had the pleasure of reading Jill Lepore might begin with The Story of America: Essays on Origins. Ms. Lepore is a gifted historian and a contributor to the New Yorker, where most of these essays appeared. Her subjects range from John Smith and the founding of Jamestown to the murder of a Connecticut family in 2007 by a pair of drug-addled drifters. She drops in on, among others, Andrew Jackson, Noah Webster, Edgar Allen Poe and Charlie Chan (the real one). Her voice is always fresh, her prose engaging and her insights original."—Fergus M. Bordewich, Wall Street Journal

"Ranging from colonial times to the present, the essays are liberally sprinkled with fascinating facts—etymologies of 'ballot' and 'booze,' or that Davy Crockett was the first presidential candidate to write a campaign autobiography. Even the footnotes contain buried treasures; history buffs and general readers alike will savor this collection."—Publishers Weekly

"Lepore, who teaches history at Harvard and writes for The New Yorker, brings to the task a keen eye for the often-competing claims of history, politics, and literature. . . . [T]errifically readable, intellectually engaging, and thoroughly entertaining. . . . Lepore's subjects mostly range from the 17th to the 19th centuries, but the essays feel remarkably relevant, grappling with ideas about race, equality, voting rights, taxes, poverty, the role of America in the world."—Kate Tuttle, Boston Globe

"In this collection of her essays from the magazine, she paints portraits of George Washington, Thomas Paine, Longfellow, and many forgotten figures in America's founding, rescuing them from dogmatic myth to show that they are as human and as able to surprise as your best friend is able to inspire and infuriate you. . . . Lepore knocks you out of your comfort zone. You thought you knew America?"—The Daily Beast

"Lepore's elegant account of America's genesis is alert to discrepancies and exaggerations of all kinds. It's characteristic of her genial style that while examining the sticky history of Captain John Smith (he of Pocahontas fame), she observes that while he probably wasn't a liar, his pantaloons did on one notable occasion literally burst into flames."—Olivia Laing, Prospect

"[L]ively, funny, argumentative, and plain-spoken. . . . Lepore is trying to hear America through its stories, and there are a lot of voices in that choir."—Chris Barsanti, PopMatters

"Lepore's strength as a popular historian is her ability to make her target audience . . . take a second look at the political culture we have long taken for granted, and realize that our system was not preordained, not historically inevitable, not even, always, very well planned. . . . [S]urprising and enlightening."—Brooke Allen, WilsonQuarterly.com

"Jill Lepore's fascinating, provocative and wide-ranging essays explore the 'origin stories' Americans have told themselves, from the 17th-century English settlers in Jamestown and Plymouth to the Founding Fathers to Barack Obama's origin story today. Lepore offers at once a history of American origin stories and a meditation on storytelling."—Minneapolis Star-Tribune

"In an engaging and entertaining style, Lepore questions and exposes the political motives underlying commonly accepted versions of history. Each enlightening essay reveals that what most of us think of as history is often a tangle of prejudice, speculation, and imagination. An enjoyable and thought-provoking read for history buffs at all levels and for anyone seeking to understand how history is written."—Library Journal

"Elegant, enlightening, and engaging, [Lepore's] essays give the lie to the proposition that contemporary America lacks public intellectuals. . . . Most important, Lepore's analysis is smart, sharp, and sassy."—Tulsa World

"The appropriate audience for these stories will surely be the literate citizen, if not the student of history or American Studies. . . . Lepore's ability to bring characters and subjects to life might well persuade such readers to delve more deeply into the biographies of the famous as well as the less famous Americans she engages."—James Gilbert, H-Net Reviews

"In this thoughtful and provocative book, Lepore offers at once a history of origin stories and a meditation on storytelling itself."—World Book Industry

"The Story of America is a must-read for anyone interested in American history and the history of American publishing and writing. A fascinating, engaging, and expertly written book. I cannot recommend it highly enough."—Politics Reader

"The author's fecundity is matched by the breadth of her reading and wit. . . .Lepore makes a great deal of sense, here and elsewhere. First rate sense."—Michael Kammen, European Legacy

"As both a Jeremiah and a troubadour, Jill Lepore has one of the most distinctive voices in American literary life. So skilled in the art of the essay, she has a sense of narrative that is breathtaking. She tells resounding, surprising stories about real people forging American roots and development, but always through a deeply documented history. Both subtly and explosively, Lepore brings the power of history right into your lap and makes you shudder at just how deeply tangled past and present really are."—David W. Blight, author of American Oracle: The Civil War in the Civil Rights Era

"Jill Lepore is one of America's most interesting scholars—a distinguished historian and a brilliant essayist. This prolific collection of articles and essays is a remarkable body of work that moves from early America to our present, contentious age."—Alan Brinkley, author of The Publisher: Henry Luce and His American Century

"Jill Lepore is one of our finest historians of the battle over the story called 'America,' which, as she says, is constantly being fought over and over. In this stunning collection of essays, Lepore makes the case that the rise of democracy is bound up with the history of its reading and writing. That history is conflicted, ragged, and contradictory but, in Lepore's capable hands, as gripping and compelling as a novel."—Cathy N. Davidson, Duke University

"Concise, clear, vivid, witty, insightful, and rich in turns of phrase. More than any other historian I know, Lepore cares about good writing and has a talent for making sophisticated ideas accessible to a broad readership."—Alan Taylor, author of The Civil War of 1812: American Citizens, British Subjects, Irish Rebels, and Indian Allies

"Jill Lepore's storytelling power is on full display here. As much literary exercises as historical inquiries, these essays are compact, highly readable, and often written from an unexpected angle. Combining a lightness of touch with the authority of a historian who knows her field inside out, Lepore moves effortlessly through the length of American history."—Wai Chee Dimock, Yale University