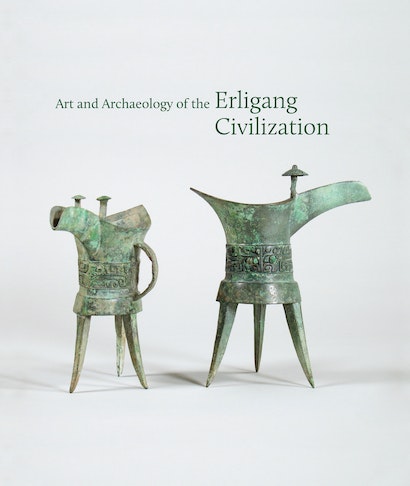 Named after an archaeological site discovered in 1951 in Zhengzhou, China, the Erligang civilization arose in the Yellow River valley around the middle of the second millennium BCE. Shortly thereafter, its distinctive elite material culture spread to a large part of China’s Central Plain, in the south reaching as far as the banks of the Yangzi River. The Erligang culture is best known for the remains of an immense walled city at Zhengzhou, a smaller site at Panlongcheng in Hubei, and a large-scale bronze industry of remarkable artistic and technological sophistication.


This richly illustrated book is the first in a western language devoted to the Erligang culture. It brings together scholars from a variety of disciplines, including art history and archaeology, to explore what is known about the culture and its spectacular bronze industry. The opening chapters introduce the history of the discovery of the culture and its most important archaeological sites. Subsequent essays address a variety of important methodological issues related to the study of Erligang, including how to define the culture, the usefulness of cross-cultural comparative study, and the difficulty of reconciling traditional Chinese historiography with archaeological discoveries. The book closes by examining the role the Erligang civilization played in the emergence of the first bronze-using societies in south China and the importance of bronze studies in the training of Chinese art historians.

Kyle Steinke studies the art and archaeology of Bronze Age China, particularly calligraphy and the early bronze industries of the Yangzi region. He is a PhD candidate in the Department of East Asian Studies at Princeton University.

"This book will stand as a milestone in the study of early Chinese bronzes."—Jianjun Mei, Bulletin of the School of Oriental and African Studies