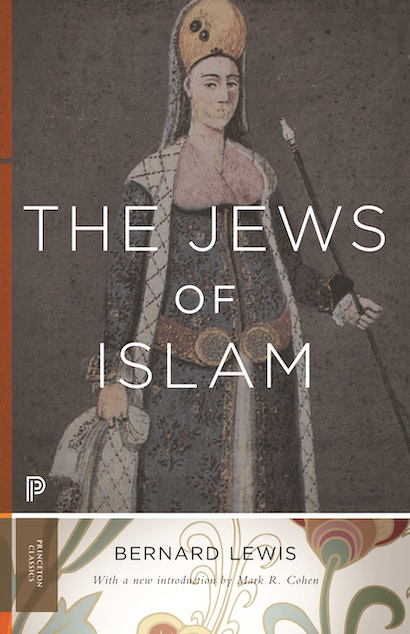 This landmark book probes Muslims’ attitudes toward Jews and Judaism as a special case of their view of other religious minorities in predominantly Muslim societies. With authority, sympathy and wit, Bernard Lewis demolishes two competing stereotypes: the Islamophobic picture of the fanatical Muslim warrior, sword in one hand and Qur’ān in the other, and the overly romanticized depiction of Muslim societies as interfaith utopias.

Featuring a new introduction by Mark R. Cohen, this Princeton Classics edition sets the Judaeo-Islamic tradition against a vivid background of Jewish and Islamic history. For those wishing a concise overview of the long period of Jewish-Muslim relations, The Jews of Islam remains an essential starting point.

"An elegant and masterly survey. It is a measure of Mr. Lewis's gift for synthesis that all the many findings of recent sholarship, including his own in the Turkish archives, are made to fit into a coherent and plausible pattern."—New York Times Book Review

"Lewis refuses . . . simplistic approaches and tries to explain the complex and often contradictory history of Jewish-Muslim relations over fourteen hundred years. He does this in prose that combines eloquence, dispassion, and wit."—Norman A. Stillman, New York Review of Books