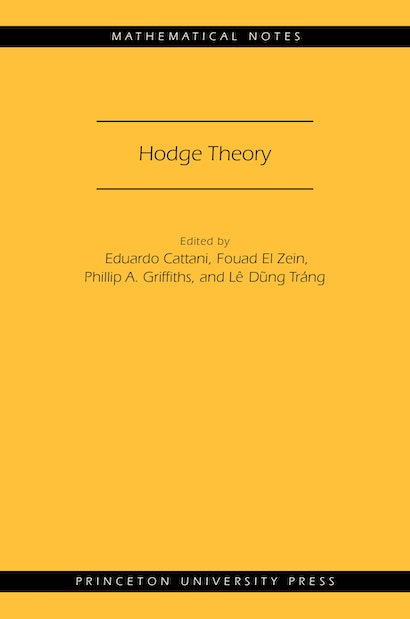 This book provides a comprehensive and up-to-date introduction to Hodge theory—one of the central and most vibrant areas of contemporary mathematics—from leading specialists on the subject. The topics range from the basic topology of algebraic varieties to the study of variations of mixed Hodge structure and the Hodge theory of maps. Of particular interest is the study of algebraic cycles, including the Hodge and Bloch-Beilinson Conjectures. Based on lectures delivered at the 2010 Summer School on Hodge Theory at the ICTP in Trieste, Italy, the book is intended for a broad group of students and researchers. The exposition is as accessible as possible and doesn’t require a deep background. At the same time, the book presents some topics at the forefront of current research.

The book is divided between introductory and advanced lectures. The introductory lectures address Kähler manifolds, variations of Hodge structure, mixed Hodge structures, the Hodge theory of maps, period domains and period mappings, algebraic cycles (up to and including the Bloch-Beilinson conjecture) and Chow groups, sheaf cohomology, and a new treatment of Grothendieck’s algebraic de Rham theorem. The advanced lectures address a Hodge-theoretic perspective on Shimura varieties, the spread philosophy in the study of algebraic cycles, absolute Hodge classes (including a new, self-contained proof of Deligne’s theorem on absolute Hodge cycles), and variation of mixed Hodge structures.

"Charles and Schnell's chapter beautifully surveys the theory of absolute Hodge classes, giving in particular a complete proof of Deligne's theorem on absolute Hodge classes on abelian varieties. . . . A welcome addition to the literature and should be useful to both graduate students and researchers working in Hodge theory."—Dan Petersen, MathSciNet