A unique "moneyball" look at the 2012 U.S. presidential contest between Barack Obama and Mitt Romney 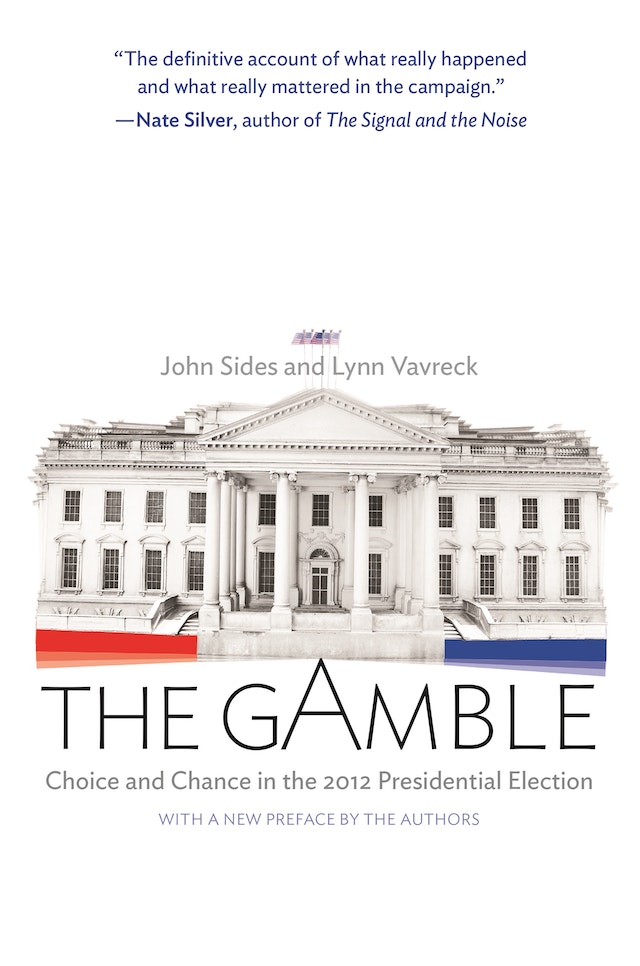 “Game changer.” We heard it so many times during the 2012 U.S. presidential election. But what actually made a difference in the contest—and what was just hype? In this groundbreaking book, John Sides and Lynn Vavreck tell the dramatic story of the election—with a big difference. Using an unusual “moneyball” approach and drawing on extensive quantitative data, they look beyond the anecdote, folklore, and conventional wisdom that often pass for election analysis to separate what was truly important from what was irrelevant. The Gamble combines this data with the best social science research and colorful on-the-ground reporting, providing the most accurate and precise account of the election yet written—and the only book of its kind.

In a new preface, the authors reflect on the place of The Gamble in the tradition of presidential election studies, its reception to date, and possible paths for future social science research.

John Sides is associate professor of political science at George Washington University and the coauthor of Campaigns and Elections (Norton). He cofounded and contributes to The Monkey Cage, a politics blog. Lynn Vavreck is professor of political science and communications at the University of California, Los Angeles. Her books include The Message Matters: The Economy and Presidential Campaigns (Princeton). She cofounded and contributes to the Model Politics blog. 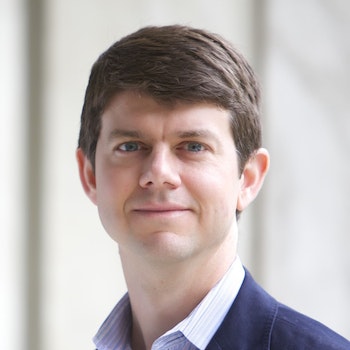 "In The Gamble, two super-smart thinkers lay out moneyball politics for anyone to understand."—Gregg Easterbrook, ESPN.com

"A work of real originality and depth. In places it extends existing work and does so with care and sophistication. In other places it breaks new ground, especially with analyses of the interplay between the media and popular references and perceptions."—Richard Johnston, Forum

"Sides and Vavreck's book is an overdue corrective. They weren't embedded in a campaign or buddies with top strategists. They don't usher you inside the room. But they have something that campaign reporters lack: data. Lots and lots and lots of it. . . . Underpinning their real-time information are decades of supporting political-science data and theory. The result is that while most election narratives track the inputs of the campaign, Sides and Vavreck track the outputs. . . . There's no better book for understanding it—and the political structures that will continue shaping U.S. elections in 2016 and beyond—than The Gamble. For campaign journalism, the book is a game-changer."—Ezra Klein, Bloomberg View

"The Gamble reveals how few 'breaking' developments in presidential campaigns (the rules are different for your local freeholder race, with its scant media coverage) can actually move the numbers. Pry out the secrets, read the data, and you can ignore the rest of the clattering B.S. machine that is the modern presidential election."—David Weigel, Slate

"With the most comprehensive and demanding analytics of a wide array of data, Sides and Vavreck cut through many of the myths of the 2012 campaign. . . . Reading The Gamble, I'm pulled in two directions. There is an excitement that comes with the clarity of very smart and skilled professionals working through data and presenting an overwhelmingly compelling case. That's balanced with a maddening sense of frustration that so much blood, sweat, tears, and treasure was put into an endeavor that was likely predetermined by forces out of anyone's control. . . . Read [it]. You'll be glad you did."—Stuart Stevens, Daily Beast

"The discounting of campaign drama has more recently been taken to a new level by political scientists John Sides and Lynn Vavreck in The Gamble, which might have been subtitled Nothing to See Here, Folks. . . . Sides and Vavreck take the provocative but stimulating route of considering every explanation of the outcome other than the 'fundamentals' (basically, the power of incumbency and acceptably positive economic trends and conditions) and exploding each with varying quantities of empirical dynamite."—Ed Kilgore, Washington Monthly

"Without a doubt the most provocative book is The Gamble by Sides and Vavreck."—Ed Kilgore, Washington Monthly

"A necessary corrective to the personality-driven and hyperventilating accounts of presidential campaigns driven by a news media out to sell half-baked narratives. . . . Eminently readable."—Rick Hasen, Slate

"The Gamble is political analysis done properly, a serious challenge to journalists and pundits. And it suggests that the politics that works is politics done properly, that produces real improvements for people in their daily lives."—Daniel Finkelstein, The Times

"Probably the most successful attempt to integrate political science and narrative to date. . . . If you really want to understand the 2012 elections, you should rely on The Gamble."—Sean Trende, Real Clear Books

"What really mattered in last year's elections? George Washington University professor John Sides and UCLA professor Lynn Vavreck, in a remarkably fast turnaround for an academic work, applied social science to the developments of last year's presidential election in The Gamble. It turns out that the events journalists described in real time (including this one) weren't as important as they were made out to be. And Sides and Vavreck provide an important reality check that observers should heed before the daily doings of 2016 consume us all."—Steven Shepard, National Journal

"The Gamble is a mine of information about why the result of the election was apparent to said psephologists as far back as November 2011. . . . This is a scientific book. As the publication blurb states, 'other books may tell you what the candidates did and why, but this book tells you whether what they did actually mattered.' In that respect The Gamble pays off."—Simon Burns, MP, Total Politics

"The Gamble is best viewed as a data-rich application of existing campaign theory to a particular presidential election, in this case, the 2012 election."—James E. Campbell, Congress & the Presidency

"An engrossing, readable, and copiously footnoted book on the 2012 election which challenges the conventional wisdom on what works and what is ineffective in presidential campaigning. . . . Future presidential candidates or their advisors should read this volume with care."—Edward Shapiro, Society

"Conventional campaign books portray a fantasy world shaped by brilliant strategists and dramatic events. Sides and Vavreck have invented a new genre—in-the-moment electoral analysis grounded in first-rate political science. Read their book to understand why Barack Obama was reelected, and get your fantasy fix from Game of Thrones."—Larry M. Bartels, author of Unequal Democracy: The Political Economy of the New Gilded Age

"In their lively and insightful account of what really happened in the 2012 presidential campaign, Sides and Vavreck replace wild conjecture about gaffes and undecided voters with hard data and broad context. If you want to understand the dynamics of presidential campaigns, turn off the cable shows and read this book."—Alan S. Gerber, Yale University

"Sides and Vavreck have invented an important new genre of campaign book, perfect for our age of accelerated media. Observers of American politics will relish The Gamble for its fresh research and authoritative analysis, even if my fellow journalists resent it for demonstrating how often we got the story wrong."—Sasha Issenberg, author of The Victory Lab: The Secret Science of Winning Campaigns

"John Sides and Lynn Vavreck have done something remarkable: They've managed to not just report on the 2012 election in real time, but research it in real time, too. They've solved the problem that bedevils those of us in journalism: How to actually know what you're talking about when you're talking about something as fluid and fast-moving as a presidential election. This book should change how we cover campaigns."—Ezra Klein, columnist, The Washington Post

"Sides and Vavreck have done more to bridge the worlds of campaign reporting and political science than any other academics working today. The Gamble, their penetrating and accessible study of the 2012 presidential election, is mandatory reading for anyone who cares about American politics."—Ryan Lizza, Washington Correspondent, The New Yorker

"The 2012 election was when 'Moneyball' defeated 'Game Change'—and Sides and Vavreck explain why political scientists and number-crunchers were able to forecast the results well in advance, while the conventional wisdom was so often wrong. The Gamble is crisply written, comprehensively researched, and carefully argued. It provides the definitive account of what really happened and what really mattered in the campaign."—Nate Silver, author of The Signal and the Noise