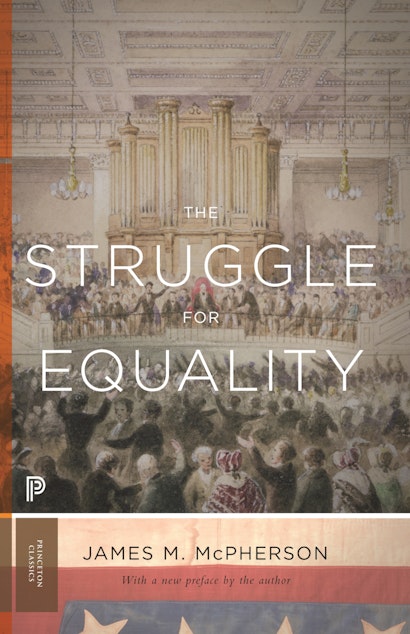 Originally published in 1964, The Struggle for Equality presents an incisive and vivid look at the abolitionist movement and the legal basis it provided to the civil rights movement of the 1960s. Pulitzer Prize–winning historian James McPherson explores the role played by rights activists during and after the Civil War, and their evolution from despised fanatics into influential spokespersons for the radical wing of the Republican Party. Asserting that it was not the abolitionists who failed to instill principles of equality, but rather the American people who refused to follow their leadership, McPherson raises questions about the obstacles that have long hindered American reform movements.

This new Princeton Classics edition marks the fiftieth anniversary of the book’s initial publication and includes a new preface by the author.

James M. McPherson is the George Henry Davis '86 Professor of History Emeritus at Princeton University. His many books include the Pulitzer Prize-winning Battle Cry of Freedom and the New York Times bestseller Crossroads of Freedom.

"Must surely be assigned an important place in the literature of the history of ideas and of race relations in the United States."—The Times Literary Supplement

"The Abolitionist Legacy shows many of the same graces as its predecessor: wide-ranging and careful research, a strong sense of story line, an eye for good quotations, unyielding sympathy for those who devoted their lives to uplifting the freedmen."—Reviews in American History

"In addition to discussing the complex blend of egalitarianism and paternalism in the thought of white proponents of black advancement, McPherson offers suggestions of the intricate mixture of racial consciousness, individual ambition, and racial romanticism that continues to fuel modern black separatism."—Political Science Quarterly