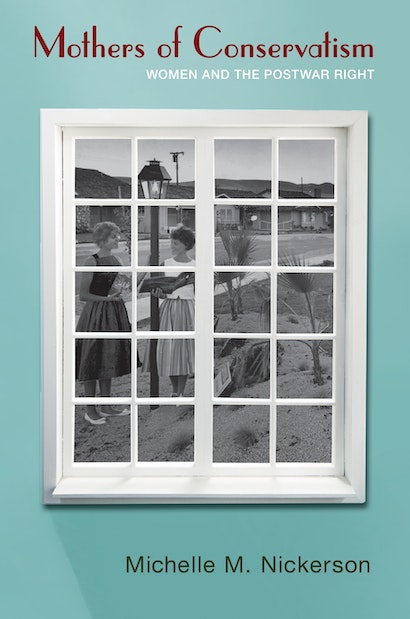 Mothers of Conservatism tells the story of 1950s Southern Californian housewives who shaped the grassroots right in the two decades following World War II. Michelle Nickerson describes how red-hunting homemakers mobilized activist networks, institutions, and political consciousness in local education battles, and she introduces a generation of women who developed political styles and practices around their domestic routines. From the conservative movement’s origins in the early fifties through the presidential election of 1964, Nickerson documents how women shaped conservatism from the bottom up, out of the fabric of their daily lives and into the agenda of the Republican Party.

A unique history of the American conservative movement, Mothers of Conservatism shows how housewives got out of the house and discovered their political capital.

Michelle M. Nickerson is associate professor of history at Loyola University, Chicago. She is coeditor of Sunbelt Rising: The Politics of Space, Place, and Region. 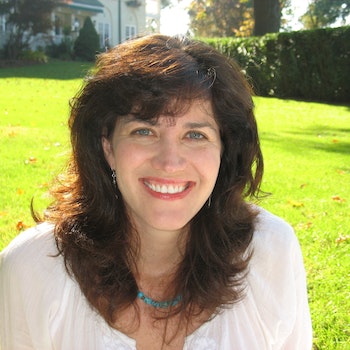 "Nickerson has enriched conservative historiography by examining the integral role women played in conservatism's development and implementation and has forced feminist historiography to confront the complications that conservative female activists bring to the literature."—Mary C. Brennan, Journal of American History

"Mothers of Conservatism provides a useful guide to American grassroots conservatism from before World War I to the present."—Christine Graf, InterLib

"Michelle Bachmann and Sarah Palin? They had antecedents. Many, many antecedents. Michelle Nickerson uncovers an entire undiscovered lost continent of right-wing organizing—and in the process produces a wealth of new and profound insights about grassroots conservatism as a whole. A remarkable book."—Rick Perlstein, author of Nixonland: The Rise of a President and the Fracturing of America

"In this engaging book, Nickerson shows how the conservative political movement emerged from coffee klatches, church socials, strategy meetings, and rallies—all led by women. So many scholars focus on the male intellectuals and politicians whose ideas launched a political insurgency, but Nickerson thoroughly reconstructs the world of the women activists who were key players in mid-century America's right-wing insurgency. This is an important addition to scholarship on the new right and an important intervention in women's history too."—Thomas J. Sugrue, University of Pennsylvania

"In this timely look at the grassroots origins of modern conservatism, Nickerson explores the political campaigns of anticommunist women in suburban Los Angeles during the 1950s and early 1960s. Her careful reconstruction of the ideological formation of housewife populism moves beyond the conventional wisdom of the backlash narrative by demonstrating the deep roots of family values conservatism and the central role of women in defending local communities against liberal government programs—insights that illuminate our own political moment as well."—Matthew D. Lassiter, author of The Silent Majority: Suburban Politics in the Sunbelt South

"Focusing on conservative women in Los Angeles in the early years of the Cold War, this first-rate book challenges an established literature portraying women in the 1950s as domesticated and isolated in the private sphere of the home. By detailing their political activities, Nickerson persuasively shows how women constituted a vanguard of the conservative movement emerging in the postwar period."—Donald Critchlow, Barry Goldwater Chair of American Institutions, Arizona State University

"Mothers of Conservatism is full of insight, terrific research, and vivid stories. Nickerson's key points and approach are brave and smart, and she shows that the work of certain women in the Cold War period represented an unconventional female activism. Neither crazy nor dupes, but serious activists, these women used the local political sphere to exert considerable influence in building the rise of American conservatism."—Linda Gordon, New York University