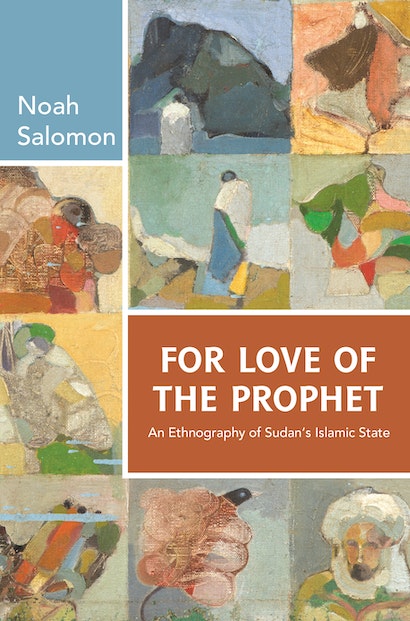 For some, the idea of an Islamic state serves to fulfill aspirations for cultural sovereignty and new forms of ethical political practice. For others, it violates the proper domains of both religion and politics. Yet, while there has been much discussion of the idea and ideals of the Islamic state, its possibilities and impossibilities, surprisingly little has been written about how this political formation is lived. For Love of the Prophet looks at the Republic of Sudan’s twenty-five-year experiment with Islamic statehood. Focusing not on state institutions, but rather on the daily life that goes on in their shadows, Noah Salomon’s careful ethnography examines the lasting effects of state Islamization on Sudanese society through a study of the individuals and organizations working in its midst.


Salomon investigates Sudan at a crucial moment in its history—balanced between unity and partition, secular and religious politics, peace and war—when those who desired an Islamic state were rethinking the political form under which they had lived for nearly a generation. Countering the dominant discourse, Salomon depicts contemporary Islamic politics not as a response to secularism and Westernization but as a node in a much longer conversation within Islamic thought, augmented and reappropriated as state projects of Islamic reform became objects of debate and controversy.


Among the first books to delve into the making of the modern Islamic state, For Love of the Prophet reveals both novel political ideals and new articulations of Islam as it is rethought through the lens of the nation.

Noah Salomon is assistant professor of religion at Carleton College.

"Thoroughly researched and well-written. . . . This book is impressive. It reaches into the heart of analytical questions which scholars of the state, of political life, and of the nature and location of religion consider. . . . The volume provides a helpful window through which one can begin to understand the Sudanese Islamic state."—Kimberly Hart, Sociology of Islam

"Salomon unpacks the Islamic state’s political form and elucidates the murkiness and messiness of the state as it is lived, experienced, desired, practiced, and formed by everyday individuals as well as organizations and institutions. The book is a must-read for all advanced students and scholars of Islamic politics."—Mashal Saif, Religious Studies Review

"This is a rich book with a complex set of arguments and is a vital read for anyone thinking about Islamic politics, Islamism and the Islamic state."—Rachel M. Scott, Islam and Christian-Muslim Relations

"Noah Salomon has written a rich ethnography of contemporary Sudanese Islamism that will be welcome to anyone trying to understand what ‘the Islamic state' means in the world today. For Love of the Prophet contains valuable description and critical insight of a high order. It will find the appreciative interdisciplinary readership it deserves."—Talal Asad, Graduate Center, City University of New York

"This erudite—and often moving—book describes the astonishing cultural production that has emerged in Sudan in the wake of an effort to create an Islamic state, and at the same time offers a sophisticated intervention into the ethnography of the modern state more broadly. Salomon throws down the gauntlet before those critics of Islamist politics who exclude the possibility of acknowledging the intelligence, humanity, and dignity of those in whose name they claim to speak."—Winnifred Fallers Sullivan, author of The Impossibility of Religious Freedom

"Through close ethnographic work, Salomon shows the conflicting ambitions and projects mobilized by an Islamic state. He delves into its intrinsic vulnerability to a variety of sociopolitical forces, and the forms of sociability, resistance, and religious devotion it foments. At a time when the idea of the Islamic state has become equated with extremist violence, this erudite and careful book is essential reading for anyone interested in the variegated nature of its lived reality."—Saba Mahmood, author of Religious Difference in a Secular Age

"Noah Salomon's timely and impressive book explores the nature of the long-lived Islamist state in Sudan. Revealing with exceptional clarity the complex relationship between politics and religion in Sudan, For Love of the Prophet is a brave and humane contribution from an outstanding scholar at the vanguard of his field."—Janice Boddy, author of Civilizing Women: British Crusades in Colonial Sudan

"Challenging received wisdom about Muslim politics, Islam, and the public sphere, as well as Islamism's relationship with Sufism and Salafism, Noah Salomon succeeds brilliantly in uncovering the ways in which Islamist policies have changed and shaped the religious landscape of Sudan. This innovative, inspiring, and important book will have a strong impact in the fields of Islamic studies, Sudan studies, and the anthropology of religion."—Rüdiger Seesemann, University of Bayreuth

"What would we learn if we studied the Sudanese state as a modern political entity and not just as a political failure? This well-researched and well-written analysis examines the efforts by the Sudanese state to reform its society and to shore up its legitimacy in Islamic terms. This book places itself squarely in the center of current debates about the possibility of an Islamic state."—John Bowen, author of On British Islam