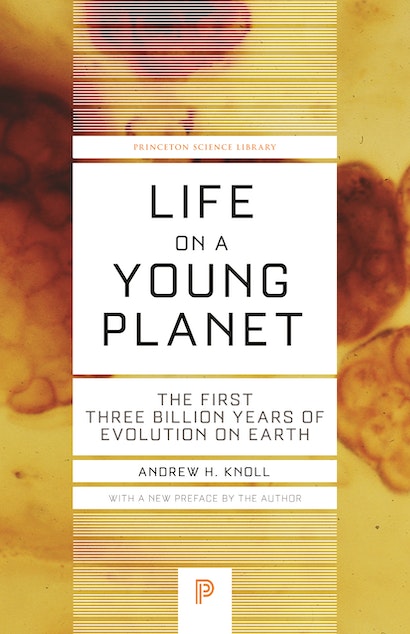 Australopithecines, dinosaurs, trilobites — such fossils conjure up images of lost worlds filled with vanished organisms. But in the full history of life, ancient animals, even the trilobites, form only the half-billion-year tip of a nearly four-billion-year iceberg. Andrew Knoll explores the deep history of life from its origins on a young planet to the incredible Cambrian explosion, presenting a compelling new explanation for the emergence of biological novelty.


The very latest discoveries in paleontology — many of them made by the author and his students — are integrated with emerging insights from molecular biology and earth system science to forge a broad understanding of how the biological diversity that surrounds us came to be. Moving from Siberia to Namibia to the Bahamas, Knoll shows how life and environment have evolved together through Earth’s history. Innovations in biology have helped shape our air and oceans, and, just as surely, environmental change has influenced the course of evolution, repeatedly closing off opportunities for some species while opening avenues for others.


Readers go into the field to confront fossils, enter the lab to discern the inner workings of cells, and alight on Mars to ask how our terrestrial experience can guide exploration for life beyond our planet. Along the way, Knoll brings us up-to-date on some of science’s hottest questions, from the oldest fossils and claims of life beyond the Earth to the hypothesis of global glaciation and Knoll’s own unifying concept of ”permissive ecology.”


In laying bare Earth’s deepest biological roots, Life on a Young Planet helps us understand our own place in the universe — and our responsibility as stewards of a world four billion years in the making.


In a new preface, Knoll describes how the field has broadened and deepened in the decade since the book’s original publication.

Andrew H. Knoll is the Fisher Professor of Natural History at Harvard University and a member of the National Academy of Sciences. A paleontologist by training, he has spent more than two decades working to integrate geological and biological perspectives on early life. 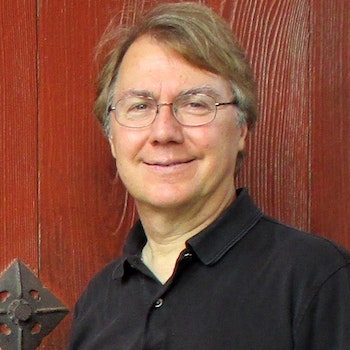 "A fascinating book. . . . The catastrophic surface narrative of this impressive and intriguing book would surely have pleased Stephen Jay Gould; but I think its deterministic subtext would have pleased Charles Darwin still more."—Matt Cartmill, Times Literary Supplement

"In a book so well written that nonspecialists and specialists alike will find much to savor, [Knoll] captures both the excitement of scientific discovery and the intricacies of scientific interpretation. . . . Readers interested in substance will certainly not be disappointed."—Publishers Weekly

"Andrew Knoll is an ideal guide through this early phase of life's history on the Earth. . . . [O]ne of the strengths of Knoll's book is that it presents science as the open-ended endeavor that it is.... Life on a Young Planet . .. expresses better than most the bumptious vitality and sheer fun of open-minded research."—Stefan Bengtson, Nature

"Life on a Young Planet stands apart from it predecessors in two fundamental respects. First, Knoll is perhaps the most qualified person to write such an epic: a renaissance man whose text is filled with insightful quotes from authors ranging from Darwin to Dickins to Dyson. . . . Second . . . this book describes the coevolution of life on Earth as an integrated biochemical system that has profoundly and irrevocably changed over time."—Guy M. Narbonne, Science

"A balanced, excellent account of current theories and discussions of the origin and early evolution of life. . . . Knoll is able to convey difficult scientific issues with a minimum of jargon, using a brisk and witty prose. . . He is a gifted storyteller with a knack for choosing the right anecdote. . . . A browse through Knoll's book will enlighten both the cognoscenti and those unfamiliar with the complexities of reading a fossil record. . . . Knoll manages to present a multidisciplinary field in an interdisciplinary volume."—Antonio Lazcano, American Scientist

"Knoll is well placed to tell this amazing story, and he does so with verve."—Douglas Palmer, New Scientist

"A detective story to match the best crime fiction. It is told with verve."—Paul Nettleton, The Guardian

"The author weaves a beautifully written, fascinating story of life's origin and development based on his extensive field studies and research in the most remote corners of the globe. . . . This volume . . . is a most valuable asset that should be read by scientists active in the field, by teachers and students who are interested in the most recent thoughts on the subject, and, in fact, by anyone who is interested in how life might have originated and evolved on this planet or on other similar planets in our Universe."—Nathan Dubowsky, Science Books & Films

"This is not a textbook but rather a story, giving one person's view of how the jigsaw pieces fit together. It is written in flowing prose with many asides, personal anecdotes and explanations of what evidence there is and how it is used. . . . [F]or ecologists the book has much to offer in putting the early evolution of life into perspective."—Bulletin of the British Ecological Society

"[Knoll's] words have a poetic flavor and his deep interest in the study of life on earth flows out of them, carrying readers along whole maintaining a rigorous discourse. Knoll's book will appeal to anyone interested in the evolution of life on Earth."—Choice

"In this wonderful book . . . Knoll's extensive field experience and eagerness to share data and ideas with colleagues enable him to reconstruct responsibly the broad evolutionary scenario yet to remain close to the evidence."—Lynn Margulis, Times Higher Education Supplement

"Andrew Knoll, one of the world's foremost paleontologists, here presents the origin and early evolution of life the way it should be told: a mystery unfolding as an epic. Resonating with the authority of firsthand stories of discovery, his account will be exceptionally enjoyable for scientists and the educated public alike."—Edward O. Wilson, Harvard University

"Here is a firsthand account of one of the most exciting quests in modern science. Knoll writes with the confidence of a distinguished scientist who has devoted his career to unraveling the mysteries of life's origins and the passion of someone who deeply believes in the importance of recent discoveries about life before the Cambrian explosion. From the wilds of Siberia to the ocean floor, from Earth to Mars and beyond, he takes readers on a fascinating personal adventure that may change the way they think about themselves and their place in the world."—Lawrence M. Krauss, author of The Physics of Star Trek and Atom

"In a highly personal, gripping narrative, Knoll takes us on the most incredible journey of all journeys—the history of life on Earth."—Donald E. Canfield, Odense University

"This is a truly great book. It is a remarkably readable synthesis of many diverse ideas selected from a breathtaking array of disciplines. The narrative is engaging and entertaining—a travelogue through time that incorporates amusing and informative anecdotes from Knoll's travels to many far-off places."—Sean Carroll, University of Wisconsin, author of From DNA to Diversity