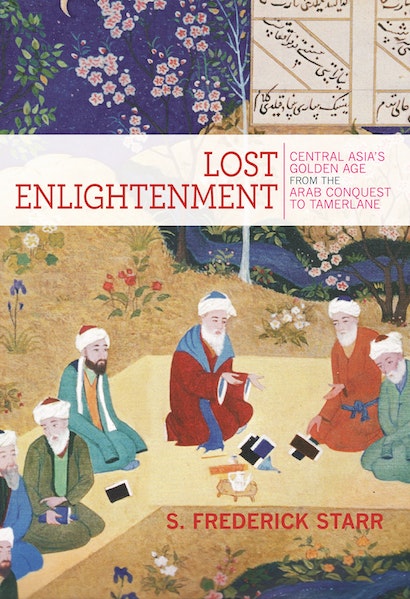 In this sweeping and richly illustrated history, S. Frederick Starr tells the fascinating but largely unknown story of Central Asia’s medieval enlightenment through the eventful lives and astonishing accomplishments of its greatest minds—remarkable figures who built a bridge to the modern world. Because nearly all of these figures wrote in Arabic, they were long assumed to have been Arabs. In fact, they were from Central Asia—drawn from the Persianate and Turkic peoples of a region that today extends from Kazakhstan southward through Afghanistan, and from the easternmost province of Iran through Xinjiang, China.

Lost Enlightenment recounts how, between the years 800 and 1200, Central Asia led the world in trade and economic development, the size and sophistication of its cities, the refinement of its arts, and, above all, in the advancement of knowledge in many fields. Central Asians achieved signal breakthroughs in astronomy, mathematics, geology, medicine, chemistry, music, social science, philosophy, and theology, among other subjects. They gave algebra its name, calculated the earth’s diameter with unprecedented precision, wrote the books that later defined European medicine, and penned some of the world’s greatest poetry. One scholar, working in Afghanistan, even predicted the existence of North and South America—five centuries before Columbus. Rarely in history has a more impressive group of polymaths appeared at one place and time. No wonder that their writings influenced European culture from the time of St. Thomas Aquinas down to the scientific revolution, and had a similarly deep impact in India and much of Asia.

Lost Enlightenment chronicles this forgotten age of achievement, seeks to explain its rise, and explores the competing theories about the cause of its eventual demise. Informed by the latest scholarship yet written in a lively and accessible style, this is a book that will surprise general readers and specialists alike.

S. Frederick Starr is founding chairman of the Central Asia-Caucasus Institute & Silk Road Studies Program, a research and policy center affiliated with the Johns Hopkins School of Advanced International Studies and the Institute for Security and Development Policy in Stockholm. A past president of Oberlin College and the Aspen Institute, he began his career in classical archaeology, excavating at Gordium in modern Turkey and mapping the Persian Royal Road. 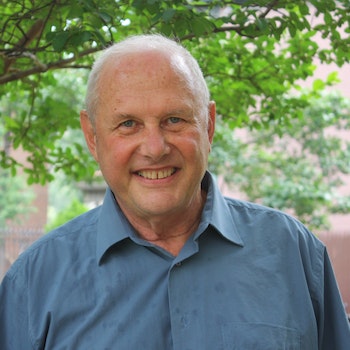 "Starr argues rightly that the region's brilliant culture rested on a highly cosmopolitan mix of ethnic groups, languages and religions; a long, rich pre-Islamic intellectual tradition (mainly Buddhist); and prosperity. . . . Starr shines in his core chapters, where he presents the great achievements of the Central Asian philosopher-scientists at a time when their homeland was the creative intellectual capital of the world."—Nature

"Starr is that rare scholar with the horsepower to write about the medieval culture of this vast region that is bounded by Persia to the west, and China to the east, and India to the southeast. . . . An indispensable title for scholars, this lively study should prove equally compelling to serious lay readers with an interest in Arabic and medieval thought."—Library Journal

"In this graceful, luxuriant history, Starr recovers the stunning contributions of Central Asia scientists, architects, artists, engineers, and historians during the four centuries that began just before the Arab onslaught of the eight century and lasted until the Mongol siege in the thirteenth century. . . . The book offers a lucid exploration of the era's intricate philosophical and theological debates and a succinct depiction of its poetry and art, enhanced by many illustrations."—Foreign Affairs

"Lost Enlightenment is a most amazing book, one with—if we are lucky—the potential to shape global public thinking for decades ahead. . . . Lost Enlightenment is an entirely readable, informative and even entertaining book. Although it might surely serve as an inspiration to the modern inhabitants of Central Asia, it should also serve as a warning to any modern nation and civilization that it is tempted to intolerance."—Dimitry Chen, Asian Review of Books

"Starr undertakes a daunting task—the intellectual history of Central Asia through the medieval period. Happily, he succeeds. . . . Starr's book is thorough and well researched, and includes ample supplemental material and sources, so that even novice students will find it instructive and useful without being overwhelming."—Choice

"This book does a marvelous job of highlighting the contributions of medieval intellectuals from Central Asia to the history of world civilizations. . . . It is a very informative and readable book."—Richard Foltz, Fezana Journal

"This book is a must-read for those wanting to understand the development of this vast region of the world and the cultural and religious tides that gave rise to the conflicts we face today."—Carl G. Schuster, Explorers Journal

"The true value of the book is that it presents comprehensively collated data and sources, amalgamated in chronological order, about the history, culture, material life and sciences in mediaeval Central Asia, pre- and post-Islamisation. Furthermore, the author's reasoning for the rise and decline of Central Asia’s Enlightenment is nothing short of impeccably convincing. Finally, based on the author’s arguments, one may come to appreciate the value of mediaeval Central Asia as a model for the modern world."—Peter Nicolaus, Iran and the Caucasus

"A great introduction to the ‘Scientific Golden Age.'. . . [It] provides a deep insight into the much-overlooked lands, dynasties and cultures that made up Central Asia during the Islamic Golden Age."—Amina Smits, Insight Turkey

"Lost Enlightenment brilliantly re-creates for us the world of Central Asia, which for centuries was not a backwater but a center of world civilization. With a sure mastery of the large historical sweep as well as an eye for detail, Fred Starr has written an important book that will be a resource for years to come."—Francis Fukuyama, author of The Origins of Political Order

"For more than three hundred years the Islamic world exercised the scientific and philosophical mastery of Europe. With compelling urgency and lucidity, Lost Enlightenment tells the story of the rise and tragic demise of this golden age of Islamic learning in Central Asia. It is a story whose lesson we should never be allowed to forget."—Anthony Pagden, author of The Enlightenment: And Why It Still Matters

"From 800 to 1200, Central Asia was the world's most advanced civilization in the sciences, mathematics, medicine, law, and art. Starr's Lost Enlightenment thoughtfully explains this astonishing evolution and its end."—Henry A. Kissinger

"Fred Starr makes the most persuasive case yet that medieval Central Asia was a major center of civilization and high culture—and what a picture emerges."—Richard W. Bulliet, Columbia University

"Drawing on his vast knowledge and experience of Central Asia, Fred Starr provides a brilliant account of the history and culture of the land that produced some of the greatest Islamic scholars, scientists, saints, artists, and architects. Thanks to this book, the Central Asian enlightenment is no longer as lost as some might think."—Seyyed Hossein Nasr, George Washington University

"A delight to read, this is a fine survey of the intellectual and cultural history of Central Asia by a distinguished historian. By showing the remarkable discoveries in astronomy, mathematics, medicine, and other fields made by Central Asians from the earliest times, Lost Enlightenment is certain to surprise many readers by challenging traditional misconceptions of the region. The book's biographical approach makes for lively reading. Anyone interested in the Silk Roads will find it enthralling."—Morris Rossabi, author of The Mongols: A Very Short Introduction

"This ambitious and much-needed book will be an eye-opener for many readers. S. Frederick Starr shows that Central Asia, often viewed today as a backwater, produced some of the most outstanding minds of the Middle Ages."—Peter B. Golden, author of Central Asia in World History