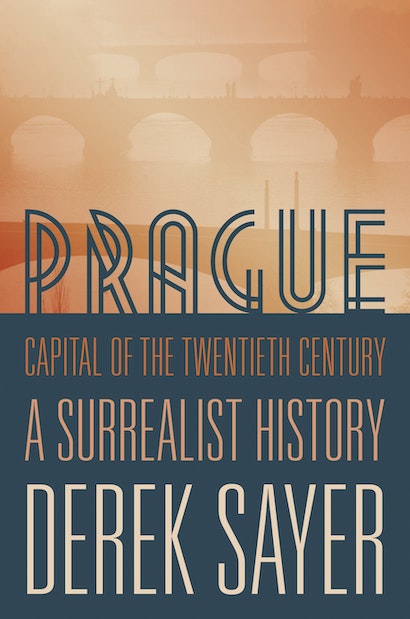 Setting out to recover the roots of modernity in the boulevards, interiors, and arcades of the “city of light,” Walter Benjamin dubbed Paris “the capital of the nineteenth century.” In this eagerly anticipated sequel to his acclaimed Coasts of Bohemia: A Czech History, Derek Sayer argues that Prague could well be seen as the capital of the much darker twentieth century. Ranging across twentieth-century Prague’s astonishingly vibrant and always surprising human landscape, this richly illustrated cultural history describes how the city has experienced (and suffered) more ways of being modern than perhaps any other metropolis.

Located at the crossroads of struggles between democratic, communist, and fascist visions of the modern world, twentieth-century Prague witnessed revolutions and invasions, national liberation and ethnic cleansing, the Holocaust, show trials, and snuffed-out dreams of “socialism with a human face.” Yet between the wars, when Prague was the capital of Europe’s most easterly parliamentary democracy, it was also a hotbed of artistic and architectural modernism, and a center of surrealism second only to Paris.

Focusing on these years, Sayer explores Prague’s spectacular modern buildings, monuments, paintings, books, films, operas, exhibitions, and much more. A place where the utopian fantasies of the century repeatedly unraveled, Prague was tailor-made for surrealist André Breton’s “black humor,” and Sayer discusses the way the city produced unrivaled connoisseurs of grim comedy, from Franz Kafka and Jaroslav Hasek to Milan Kundera and Václav Havel. A masterful and unforgettable account of a city where an idling flaneur could just as easily be a secret policeman, this book vividly shows why Prague can teach us so much about the twentieth century and what made us who we are.

Derek Sayer is Professor of Cultural History at Lancaster University and a former Canada Research Chair at the University of Alberta. His previous books include The Coasts of Bohemia: A Czech History (Princeton) and Capitalism and Modernity. He is a fellow of the Royal Society of Canada. 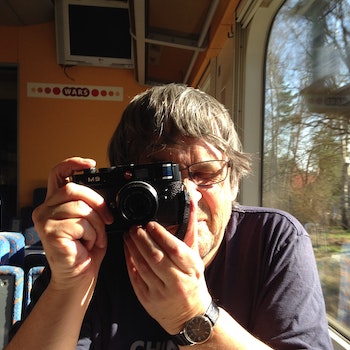 "An erudite, comprehensive, well-illustrated and witty account of Czech art, design, architecture, literature and music in an era—stretching roughly from Czechoslovakia's creation in 1918 to the end of the second world war—when few in Paris, Berlin, London or even New York would have thought of the Czechs as not being part of western civilisation. . . . [Sayer] has succeeded in bringing back to life a golden avant-garde era that not long ago was in danger of being written out of history altogether."—Tony Barber, Financial Times

"A pleasure to read, luscious in a sultry kind of way."—Marci Shore

"Offers an insight into often quite extraordinary life stories connected with Prague as well as their international context."—Marta Filipova, Times Higher Education

"A captivating portrait of 20th-century Prague. . . . The breadth of Sayer's knowledge is encyclopedic."—Publishers Weekly

"A real page-turner that leads the reader through all possible facets of Modernism in Prague, starting with Breton's and Eluard visit to the city in 1935 and ending with the crashing of all modern and Surrealist legacy by the Communist regime in the 1940s and 50s. At the same time, Sayer's book pays also great attention to previous periods while putting also a strong emphasis on the many efforts, from the Prague Spring till today's resistance to Prague's Macdonalization, to recover the revolutionary power and intuitions of the past, in the field of art but as well as in that of daily life. . . . [A] fabulously good read. . . . Derek Sayer stands already out as one of the most convincing representatives of how to rethink our cultural past today."—Jan Baetens, Leonardo

"[Readers] will likely find themselves delighted by Sayer's erudition as he reintroduces dozens of figures, many long forgotten or scarcely known to non-Czechs, into our understanding of twentieth-century cultural history."—Brendan Driscoll, Booklist

"Sayer has written a cultural history chockablock with artists, modernist architecture, manifestos, dark comedies, and broken alliances. . . . It will be valued by those interested in European cultural history during the twentieth century and how modern art was colored by the horrors of the political landscape."—Karen Ackland, ForeWord Reviews

"Sayer is a master of his sources: he looks back on a past still within reach, receding from us; he tracks down its threads, from liaison to liaison, from city to city. Can a research professor ever have written a book quite so triumphantly eccentric and persuaded a major academic press to publish it so splendidly?"—Nicolas Rothwell, Australian

"Through both the breadth and depth of his knowledge, Sayer will reward the patient reader; in the surrealist fashion, he focuses on the seemingly mundane details to provide a true biography of Prague."—Kelsey Berry Philpot, Library Journal

"Prague, Capital of the Twentieth Century is a thoroughly engrossing book. . . . What [Sayer] says makes me wish I'd read a book like his before I went there all those years ago. I think I would have looked around the city with a greater awareness of its qualities."—Jim Burns, Northern Review of Books

"This is a remarkable, unusual and fascinating book. . . . [T]he book brings together fantastic material from history, literature, art, politics, architecture and poetry, giving the readers an incredibly rich and diverse picture of modern Prague."—Michael Lowy, Debatte

"A masterful and unforgettable account of a city where an idling flaneur could just as easily be a secret policeman, this book vividly shows why Prague can teach us so much about the twentieth century and what made us who we are."—Czech Literature Portal

"Prague is not, strictly speaking, travel writing but it is, among other things, an excellent example of what travel writing is becoming, if indeed it hasn't already done so. . . . People are no longer so easily satisfied by the mere travel impressions of some outsider much like themselves. Instead they gravitate towards writers who actually have lived not simply in, but inside, a location for an extended period, as one lives inside one's clothes."—George Fetherling, Diplomat and International Canada

"Derek Sayer's meandering dérive through the hall of mirrors of 20th-century European history may prove taxing to the scholar who expects a clearly signposted route, but exhilarating to the intellectual flâneur. . . . Sayer has an admirable eye for (sometimes excruciating) detail; coupled with occasional glimmers of wry humour, this produces an intimate and absorbing experience while slowly, unobtrusively deconstructing the reader's understanding of history. . . . His Prague is woven around the reader slowly and silently, page by page, until we cannot help but be made aware of the final image—neither beautiful nor ugly, but undeniably real."—Esther Galfalvi, Gorse

"Sayer covers much ground in this informative and well-illustrated book and its scope is much larger than the title would suggest. . . . Sayer presents a book that is thoroughly researched, highly informative and covers a range of Prague-related topics. It is recommended for postgraduate students, researchers and scholars with an interest in the history of arts, urban history and the cultural history of inter-war Czechoslovakia in particular."—Andrea Talabér, European Review of History

"Sayer's intimate knowledge of the writers he quotes, his vast erudition and fondness for the various aspects of Prague's history and topography make this book a joy to read. It will appeal to intellectual and cultural historians interested in the overlapping of modernism and modernity as well as those looking for new ways to write about history and place, but it will surely also attract a broader readership."—Claire Morelon, Social History

"Let's hope that the accolades Sayer's book is receiving will help redraw the existing maps of European twentieth-century culture and place Prague not in the political East, but in its centre."—Veronika Ambros, Canadian Slavonic Papers

"A triumph! Sayer's indispensable work is at once magisterial and puckish, authoritative and subversive, intellectually dense and brilliantly accessible."—Michael Beckerman, New York University

"This is a fascinating and brilliantly written narrative that combines elements of literary guide, biography, cultural history, and essay. Writing with warm engagement, and drawing on his detailed knowledge of Czech literature, art, architecture, music, and other fields, Derek Sayer provides a rich picture of a dynamic cultural landscape."—Jindrich Toman, University of Michigan