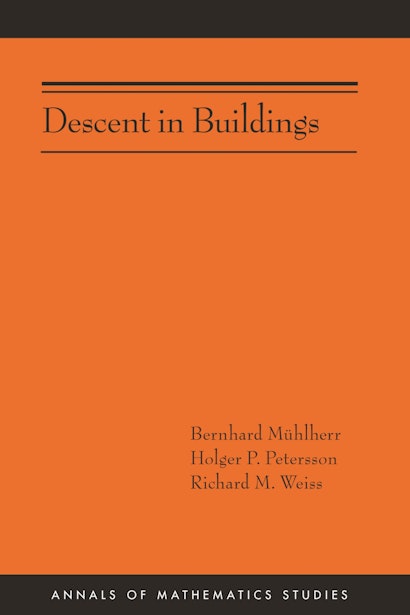 Descent in Buildings begins with the resolution of a major open question about the local structure of Bruhat-Tits buildings. The authors then put their algebraic solution into a geometric context by developing a general fixed point theory for groups acting on buildings of arbitrary type, giving necessary and sufficient conditions for the residues fixed by a group to form a kind of subbuilding or “form” of the original building. At the center of this theory is the notion of a Tits index, a combinatorial version of the notion of an index in the relative theory of algebraic groups. These results are combined at the end to show that every exceptional Bruhat-Tits building arises as a form of a “residually pseudo-split” Bruhat-Tits building. The book concludes with a display of the Tits indices associated with each of these exceptional forms.