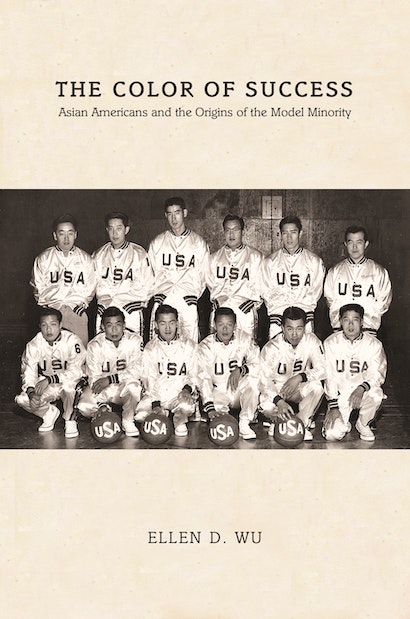 The Color of Success tells of the astonishing transformation of Asians in the United States from the “yellow peril” to “model minorities” — peoples distinct from the white majority but lauded as well-assimilated, upwardly mobile, and exemplars of traditional family values — in the middle decades of the twentieth century. As Ellen Wu shows, liberals argued for the acceptance of these immigrant communities into the national fold, charging that the failure of America to live in accordance with its democratic ideals endangered the country’s aspirations to world leadership.


Weaving together myriad perspectives, Wu provides an unprecedented view of racial reform and the contradictions of national belonging in the civil rights era. She highlights the contests for power and authority within Japanese and Chinese America alongside the designs of those external to these populations, including government officials, social scientists, journalists, and others. And she demonstrates that the invention of the model minority took place in multiple arenas, such as battles over zoot suiters leaving wartime internment camps, the juvenile delinquency panic of the 1950s, Hawaii statehood, and the African American freedom movement. Together, these illuminate the impact of foreign relations on the domestic racial order and how the nation accepted Asians as legitimate citizens while continuing to perceive them as indelible outsiders.


By charting the emergence of the model minority stereotype, The Color of Success reveals that this far-reaching, politically charged process continues to have profound implications for how Americans understand race, opportunity, and nationhood.

"Historian Wu sets the record straight, offering the manner in which Asians worked to overcome prejudice from the 1890s through more recent events, including WWII, the communist revolution in China, and the Korean and Vietnamese wars."—Choice

"The Color of Success provides an insightful account of not just race relations, but race making. . . . It is a remarkable illustration of how ethnic stereotypes have less to do with any innate racial or biological reality, and everything to do with the political dynamics of the societies in which we live."—Christina Ho, Australian Review of Public Affairs

"Wu's research is thorough: her list of news¬papers consulted is mind-boggling, she has read every book and article that matters and worked her way through a multitude of archives. Her argument is complex and has the ring of truth. Her prose is clear and graceful. The book is not really about Asian Americans; it is about Chinese Americans and Japanese Americans. But seldom has a scholar gone so deeply into two different ethnic communities and emerged with such subtle and far-reaching results. The Color of Success is a major intervention in American racial history."—Paul Spickard, Journal of American History

"Ellen D. Wu has produced a masterful work in The Color of Success that very well may prove to be the definitive study of the historical origins of the ‘model minority' stereotype of Asian Americans."—Jonathan Y. Okamura, Patterns of Prejudice

"Wu's research is thorough: her list of newspapers consulted is mind-boggling, she has read every book and article that matters and worked her way through a multitude of archives. Her argument is complex and has the ring of truth. Her prose is clear and graceful. . . . [S]eldom has a scholar gone so deeply into two different ethnic communities and emerged with such subtle and far-reaching results. The Color of Success is a major intervention in American racial history."—Paul Spickard, Journal of American History

"The Color of Success embodies exciting developments in Asian American history. Through the lens of racial liberalism and cultural diplomacy, Ellen Wu offers a historically grounded analysis of the Asian American model minority in the contexts of domestic race politics and geopolitics, and she unveils the complexities of wartime and postwar national inclusion."—Eiichiro Azuma, University of Pennsylvania

"Tracing the history of Japanese and Chinese American racialization, this powerful and effective book illuminates the impact of war, international relations, and domestic politics through richly detailed narratives. Ellen Wu shows that the idea of Asians as the model minority began as an academic hypothesis and became a key feature for how race in the United States was conceptualized. This is an important work."—Mary L. Dudziak, author of War Time: An Idea, Its History, Its Consequences

"The Asian American journey provides a crucial angle of vision for a nation whose understanding of its own history tends toward color-blind denials or the white-black binary. Through this lens, Ellen Wu has written an important analysis of mid-twentieth-century struggle and racial liberalism. The Color of Success is an illuminating and deeply researched book—its intellectual ambition reaches to the heart of U.S. political culture."—Matthew Jacobson, Yale University

"With rich archival detail and illustrative accounts, The Color of Success offers a distinct and important contribution to the vexing question of the model minority formation of Asian Americans in the middle of the twentieth century. The book has widespread relevance to comparative race relations, the politics of acculturation, the conspicuous limits of middle-class Americanism, as well as national loyalty and race neutrality."—Nayan Shah, University of Southern California