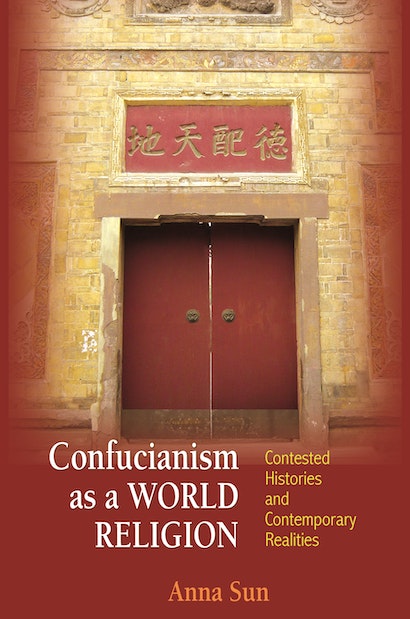 Is Confucianism a religion? If so, why do most Chinese think it isn’t? From ancient Confucian temples, to nineteenth-century archives, to the testimony of people interviewed by the author throughout China over a period of more than a decade, this book traces the birth and growth of the idea of Confucianism as a world religion.


The book begins at Oxford, in the late nineteenth century, when Friedrich Max Müller and James Legge classified Confucianism as a world religion in the new discourse of “world religions” and the emerging discipline of comparative religion. Anna Sun shows how that decisive moment continues to influence the understanding of Confucianism in the contemporary world, not only in the West but also in China, where the politics of Confucianism has become important to the present regime in a time of transition. Contested histories of Confucianism are vital signs of social and political change.


Sun also examines the revival of Confucianism in contemporary China and the social significance of the ritual practice of Confucian temples. While the Chinese government turns to Confucianism to justify its political agenda, Confucian activists have started a movement to turn Confucianism into a religion. Confucianism as a world religion might have begun as a scholarly construction, but are we witnessing its transformation into a social and political reality?


With historical analysis, extensive research, and thoughtful reflection, Confucianism as a World Religion will engage all those interested in religion and global politics at the beginning of the Chinese century.

Anna Sun is associate professor of sociology and Asian studies at Kenyon College. 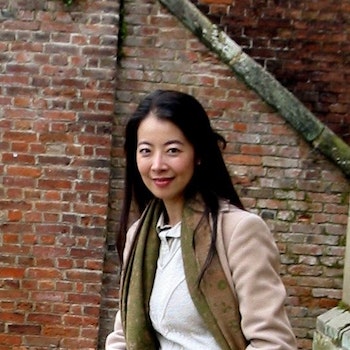 "[T]his admirable book presents a fascinating, well-researched, historical account of the establishment of Confucianism as a world religion in tandem with the emergence of comparative religion as a discipline. Sun's keen sense of history serves her equally well as she turns to contemporary issues. . . . This well written book is strongly recommended not only for China specialists, but also for anyone seeking to understand the world's creeds and rituals. . . . An outstanding book."—Choice

"Confucianism as a World Religion is destined to become a classic, especially in Confucian studies and comparative religion. . . . [T]his text is likely to be very popular in graduate seminars on comparative religion, Confucianism, and the sociology of religion. More of an introduction to Confucianism may be necessary for a full understanding of what Sun is up to, but this book is certainly one of the most important English-language texts on Confucianism."—Andrew Stuart Abel, American Journal of Sociology

"Anna Sun's book makes an important contribution to the analysis of the contested claims about the meaning of Confucianism by boldly moving the site of this debate to actual conditions on the ground in contemporary China. Written in accessible, elegant prose, this book is well suited for courses on Chinese religion, Confucianism, or the emergence of World Religions as a discourse."—Thomas Wilson, Journal of Chinese Religions

"The religiosity of Confucianism poses a challenge to all people who study Chinese religion and culture. Anna Sun takes on this challenge admirably and clears up certain hurdles and barriers that prevent us from finding an adequate answer. . . . Sun's scholarly effort is a most welcome contribution to our understanding of historical and contemporary construction and reconstruction of Confucianism in China and beyond."—Xinzhong Yao, Bulletin of the School of Oriental and African Studies

"Confucianism as a World Religion adds important new dimensions to our knowledge of Confucianism, and Anna Sun effectively places her book at the intersection of historical and sociological research, an approach that will surely inspire future studies."—Hang Lin, Journal of Chinese Political Science

"This brilliant new book tells us how Confucianism became a world religion, and shows us how Western and Chinese scholars—responding to thousands of years of history and the pressures of the modern world—have understood this idea,d which is still very much in contest in today's China. This book is not only for those interested in East Asia, but for all who are trying to make sense of the world's great traditions."—Robert N. Bellah, author of Religion in Human Evolution

"I've often been asked if Confucianism is a religion and I could never give a clear answer. Now I know what to say: just read this book!"—Daniel A. Bell, Jiaotong University and Tsinghua University

"This exciting book deals with an exceedingly interesting, important, and timely topic—the curious history and ongoing cultural dynamics of Confucianism and its relation to the contested category of 'religion.' With China looming large economically, culturally, and geopolitically, the issue of a revived Confucianism as a crucial aspect of China's new post-Maoist cultural nationalism is fascinating."—Norman Girardot, Lehigh University

"The century-old question of Confucianism as a religion has aroused new and intense debates in China. Sun provides a revealing account of the history of the comparative religion field that intellectually constructed Confucianism as one of the world religions, and she looks at historical and contemporary developments. The archival research of this book is meticulous and sound."—Fenggang Yang, Purdue University