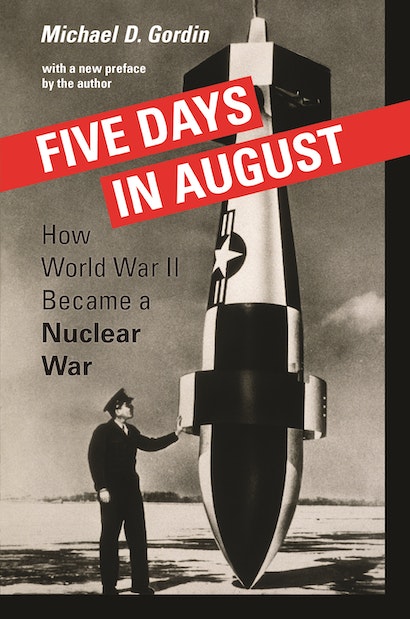 Most Americans believe that the Second World War ended because the two atomic bombs dropped on Japan forced it to surrender. Five Days in August boldly presents a different interpretation: that the military did not clearly understand the atomic bomb’s revolutionary strategic potential, that the Allies were almost as stunned by the surrender as the Japanese were by the attack, and that not only had experts planned and fully anticipated the need for a third bomb, they were skeptical about whether the atomic bomb would work at all. With these ideas, Michael Gordin reorients the historical and contemporary conversation about the A-bomb and World War II.

Five Days in August explores these and countless other legacies of the atomic bomb in a glaring new light. Daring and iconoclastic, it will result in far-reaching discussions about the significance of the A-bomb, about World War II, and about the moral issues they have spawned.

Michael D. Gordin is professor of the history of science at Princeton University. He is the author or editor of several books, including Red Cloud at Dawn: Truman, Stalin, and the End of the Atomic Monopoly. 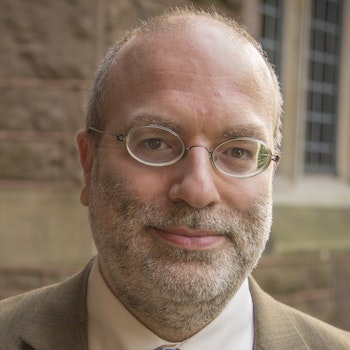 "Michael D. Gordin's worthy study concludes that the bomb's uniqueness has inappropriately encouraged Japan's reluctance to recognize and evaluate its war responsibility, and points toward the importance of examining nuclear weapons outside the familiar context of a nuclear standoff."—Publishers Weekly

"Gordin has done an excellent job in surveying the diverse views on what happened during those momentous five days in August 1945."—John Krige, Science

"In this brief but impressive work, Gordin takes a fresh, unique look at a much-studied topic. Although he touches on the development of the atomic bomb, his main concern is how scientists, politicians, and military planners from the bomb's inception to the present have viewed this new weapon."—J.L. Gall, Choice

"In addition to lucid and careful summaries of the issues, a particular virtue of this book is the substantial and well-chosen collection of documents from American and Japanese sources."—Lawrence D. Freedman, Foreign Affairs

"Five Days in August is brief and accessible, effectively communicating even technical and scientific concepts, and would be of use to the history or international relations classroom. This reevaluation of 'nuclearism' is a timely study, worthy of consideration and discussion."—Stephanie L. Trombley, Historian

"This author has written a stimulating book that brims with insights and is based on an impressive amount of research. . . . Gordin has written a challenging book that ranges far beyond the five days mentioned in his title."—Robert James Maddox, The Historian

"This short book grips the general reader and leads the curious on to longer and more scholarly writings."—Edwin R. McCullough, European Legacy

"Refreshingly nonpolemical, Five Days in August is a must read for those interested in atomic history, the final stages of World War II, and the future of nuclear weapons."—William J. Astore, Proceedings

"Michael Gordin's Five Days in August is a gripping reconsideration of how the atomic bomb figured in the ending of World War II. Gordin recounts how the bomb came to be viewed soon after the unexpectedly swift surrender as a special, revolutionary weapon, and he ruminates upon the implications of that shift for weapons policy in the postwar world. In all, a remarkable, thought-provoking book."—Daniel Kevles, author of The Physicists: The History of a Scientific Community in Modern America

"With stunning details grounded in a myriad of sources, Gordin captures the ethos of the first nuclear war—how it seemed back in the heat of war, before history revised its estimation of the bomb and made the twin bombings of August 1945 into a unique and self-evidently decisive event. No one can fully understand the end of World War II without taking on board Gordin's study."—Peter Galison, author of Einstein's Clocks, Poincaré's Map

"Bold and provocative. No one has presented these arguments so coherently, so forcefully, and so intelligently with such gripping, dynamic style."—Tsuyoshi Hasegawa, author of Racing the Enemy: Stalin, Truman, and the Surrender of Japan

"Powerful. Five Days in August vigorously proposes new ways of thinking about the World War II atomic bombings, their meanings, and their multiple legacies. It is a book that will provoke controversy and, ideally, help encourage new lines of research, argument, and emphasis. It has a deep critical knowledge and a subtle intelligence. The arguments are arresting and important."—Barton Bernstein, Stanford University