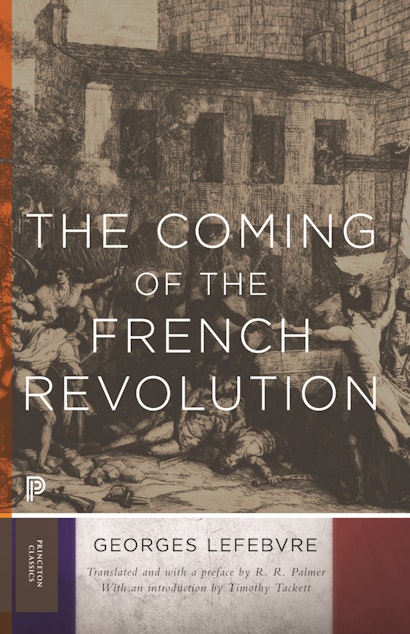 The Coming of the French Revolution remains essential reading for anyone interested in the origins of this great turning point in the formation of the modern world. First published in 1939, on the eve of the Second World War, and suppressed by the Vichy government, this classic work explains what happened in France in 1789, the first year of the French Revolution. Georges Lefebvre wrote history “from below”—a Marxist approach. Here, he places the peasantry at the center of his analysis, emphasizing the class struggles in France and the significant role they played in the coming of the revolution.

Eloquently translated by the historian R. R. Palmer and featuring an introduction by Timothy Tackett that provides a concise intellectual biography of Lefebvre and a critical appraisal of the book, this Princeton Classics edition continues to offer fresh insights into democracy, dictatorship, and insurrection.

Georges Lefebvre (1874–1959) was one of the most important twentieth-century historians of the French Revolution. His books include The Great Fear of 1789: Rural Panic in Revolutionary France (Princeton). Timothy Tackett is professor emeritus of history at the University of California, Irvine.

"Simply the best introduction to the study of the French Revolution available anywhere."—Nation

"A pleasure to read. . . . Lefebvre sets forth clearly the many causes of that insurrection and explains the influences exerted by the various classes and factions—the nobles and the clergy, on the one side, and the bourgeoisie and the peasantry on the other."—New Yorker

"Much more than a history of 1789. . . . [A] synthesis, conveying a philosophy of the Revolution as a whole, such as could be written only by a seasoned scholar."—American Historical Review