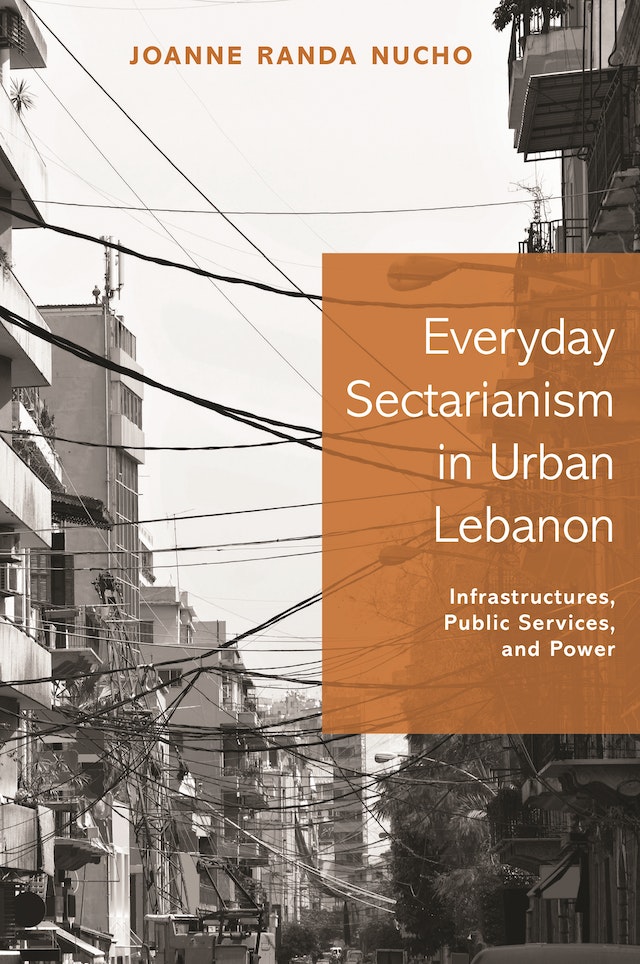 What causes violent conflicts around the Middle East? All too often, the answer is sectarianism—popularly viewed as a timeless and intractable force that leads religious groups to conflict. In Everyday Sectarianism in Urban Lebanon, Joanne Nucho shows how wrong this perspective can be. Through in-depth research with local governments, NGOs, and political parties in Beirut, she demonstrates how sectarianism is actually recalibrated on a daily basis through the provision of essential services and infrastructures, such as electricity, medical care, credit, and the planning of bridges and roads.

Taking readers to a working-class, predominantly Armenian suburb in northeast Beirut called Bourj Hammoud, Nucho conducts extensive interviews and observations in medical clinics, social service centers, shops, banking coops, and municipal offices. She explores how group and individual access to services depends on making claims to membership in the dominant sectarian community, and she examines how sectarianism is not just tied to ethnoreligious identity, but also class, gender, and geography. Life in Bourj Hammoud makes visible a broader pattern in which the relationships that develop while procuring basic needs become a way for people to see themselves as part of the greater public.

Illustrating how sectarianism in Lebanon is not simply about religious identity, as is commonly thought, Everyday Sectarianism in Urban Lebanon offers a new look at how everyday social exchanges define and redefine communities and conflicts.

Joanne Randa Nucho is a Mellon-Chau postdoctoral fellow in anthropology at Pomona College.

"Nucho writes about the working-class predominantly ethnic Armenian Beirut suburb called Bourj Hammoud. Based on extensive field research, she explores how in everyday life, institutions, especially the infrastructure layers crisscrossing the community, interact with sectarianism. . . . The book's strength is bringing to life the rich complexity of this densely packed community."—Choice

"In this thoughtful book, Joanne Randa Nucho tells the story of how electricity, educational and social work facilities, credit services, and mobility infrastructures are imagined, planned, used, and abused. Nucho manages to defamiliarize the familiar and forces us to look at the hidden structures under the surface of social relations more inquisitively and critically."—Laleh Khalili, SOAS, University of London

"Joanne Randa Nucho brilliantly captures the everyday acts that continually reinvent sectarianism and she challenges the assumption that sectarian communities are old and natural. Sectarianism, she boldly argues, is made through municipal organizations, nonprofits, lending institutions, and other establishments that channel resources along sectarian lines. Marvelously ethnographic, Nucho's nuanced book is a must-read for those who believe that ‘ethnic,' ‘tribal,' ‘religious,' and ‘sectarian' identities are an ageless given."—Suad Joseph, University of California, Davis

"This is a wonderful book, both accessible and compelling. Looking at the complex city of Beirut, Nucho skillfully expands traditional ideas of human and material infrastructure to include areas that are far from ordinary. The discussions of memory and its deployment to shape an uncertain future are incisive and assured."—AbdouMaliq Simone, author of City Life from Jakarta to Dakar

"This articulately written and well-argued book investigates sectarianism in Lebanon through networks, infrastructures, and service provision, focusing on Armenian institutions in Bourj Hammoud since their establishment in the 1920s to today. Providing rigorous analysis and rich narratives of urban spaces, homes, social services, and microcredit lending, Everyday Sectarianism in Urban Lebanon breaks fascinating new ground in the urban anthropology of the Middle East."—Mona Harb, American University of Beirut