A major reassessment of the vikings and their legacy 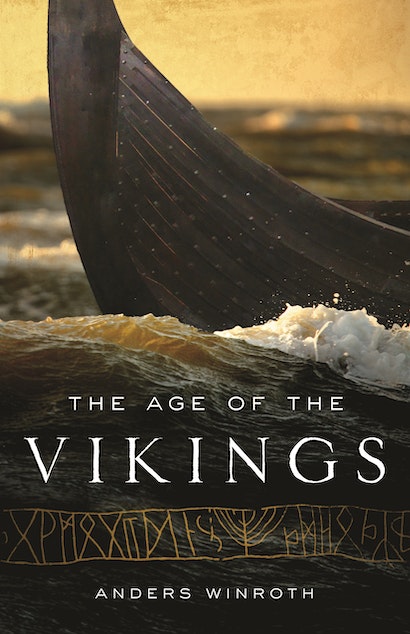 The Vikings maintain their grip on our imagination, but their image is too often distorted by myth. It is true that they pillaged, looted, and enslaved. But they also settled peacefully and traveled far from their homelands in swift and sturdy ships to explore. The Age of the Vikings tells the full story of this exciting period in history. Drawing on a wealth of written, visual, and archaeological evidence, Anders Winroth captures the innovation and pure daring of the Vikings without glossing over their destructive heritage. He not only explains the Viking attacks, but also looks at Viking endeavors in commerce, politics, discovery, and colonization, and reveals how Viking arts, literature, and religious thought evolved in ways unequaled in the rest of Europe. The Age of the Vikings sheds new light on the complex society, culture, and legacy of these legendary seafarers.

Anders Winroth is the Birgit Baldwin Professor of History at Yale University. 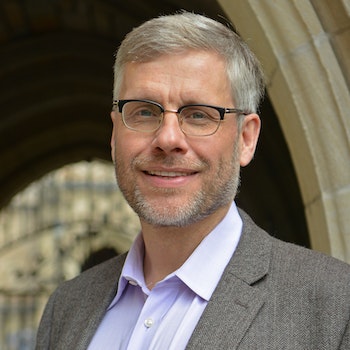 "Winroth really knows what he is writing about. . . . I recommend the work to anyone with little knowledge of the subject and a wish to learn more."—Eric Christiansen, New York Review of Books

"[Winroth] has an impressive knowledge of the sources, the archaeology, and the modern historical literature. . . . Winroth really knows what he is writing about, and has done the research. . . . I recommend the work to anyone with little knowledge of the subject and a wish to learn more."—Eric Christiansen, New York Review of Books

"Mr. Winroth's account is superior to all its most recent competitors. He avoids what has become the traditional chronological narrative, centering his chapters instead on themes: violence first, regrettably; but then emigration, trade, state-formation and eventually, with some relief, life 'home on the farm.' He also has the happy knack of seizing on a fascinating detail to open each chapter."—Tom Shippey, Wall Street Journal

"[T]his book is obviously where to start for anyone fed up with MGM's 'Vikings' and even remotely interested in the real story behind."—Karen Schousboe, Medieval Histories

"If a person wants to approach the Viking Period for the first time or get a refresher on where scholarship is standing right now, then I am happy to recommend this fine book."—Martin Rundkvist, Aardvarcha

"There was more to this seafaring civilization."—Michael Kane, New York Post

"I loved this book. . . . His prose is sharp and compelling, and often left me wanting more (in a good way). . . . Age of the Vikings captures the wanderlust of its subjects, placing the Vikings all over Europe and the Middle East. Winroth's Norse aren't just raiders or farmers, they are merchants, poets, warriors, and sailors. . . . The lives of the Vikings often make for romantic fonder and good television shows, but their lives were far more complicated than those mediums let on."—Jason Mankey, Patheos

"Winroth has penned a fast-paced, slender volume on the Viking Age designed for general readers….With a style that is vivid, engaging, and brilliant in detail, Winroth skillfully summarizes an impressive body of scholarship not available to most readers. He re-creates the drudgery of farm work to the far-ranging trade in exotic goods, evoking daily life in Viking Age Scandinavia."—Choice

"[T]his is a detailed and scholarly work, with the full paraphernalia of notes, references and bibliography, but is very well-written and provides a most accessible and readable introduction to the Viking era, and I would strongly recommend it to anyone with an interest in the topic."—Jon Grímr, Magonia blog

"This book . . . remains such an enjoyable read that readers will find themselves carried along quickly from chapter to chapter."—Kerstin Hundahl, Scandia

"Vivid, engaging, and brilliant in detail."—Choice

"A very refreshing look on the history of the Vikings, their culture, beliefs and behaviour. . . . Winroth's book is definitely one of the best on the subject I've read."—Wouter van Dijk, Hereditas Nexus

"Comprehensive and colorful, Anders Winroth's The Age of the Vikings paints a lively picture of the era when northern raiders altered the political and social complexion of much of Europe. With its cross-disciplinary approach, engagement with recent archaeological developments, and striking narrative style, The Age of the Vikings offers students of medieval history a vivid portrayal of life among Vikings, non-Viking Scandinavians, and those impacted by Viking activities during one of the West's most tumultuous periods."—Stephen Mitchell, Harvard University

"This stimulating book draws on contemporary texts and the latest archaeological evidence to bring the Viking age to life. Winroth's lucid discussion of the problems posed by runic inscriptions and skaldic verse is especially welcome. So too is his insistence that, in their efforts to obtain the treasure on which their power depended, Viking chieftains were no more violent than their Christian contemporaries."—Peter Sawyer, editor of The Oxford Illustrated History of the Vikings

"The Age of the Vikings is an excellent book. The writing is clear, engaging, and brimming with historical insights. First class."—Peter Heather, author of The Fall of the Roman Empire: A New History of Rome and the Barbarians

"I know of no other book quite like this one."—Janet L. Nelson, coeditor of The Medieval World

"This entertaining and informative book provides valuable insights into not only the Viking expeditions themselves but also the social and cultural life of early medieval Scandinavia."—Sverre Bagge, author of Cross and Scepter: The Rise of the Scandinavian Kingdoms from the Vikings to the Reformation