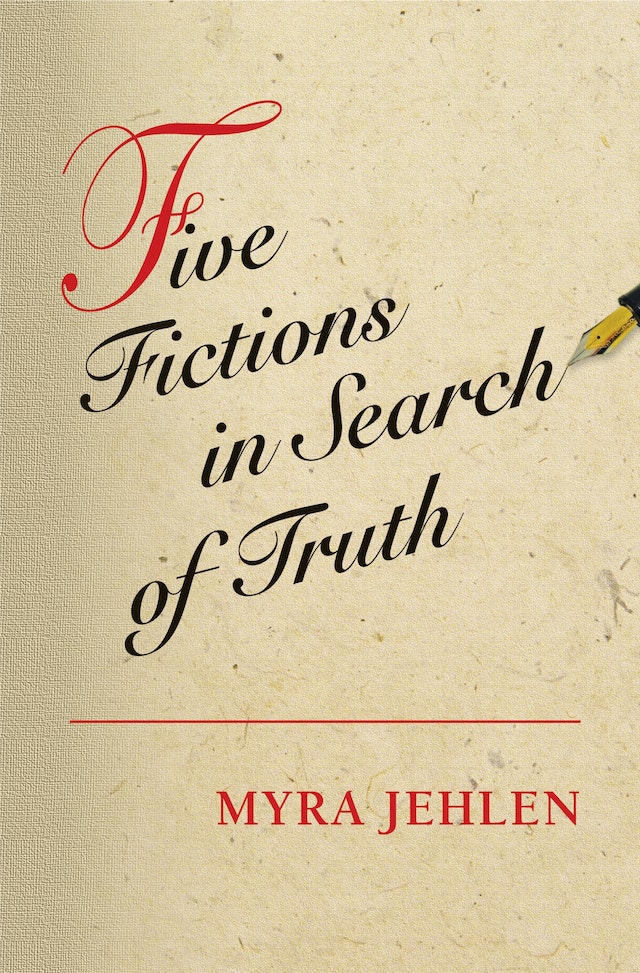 Fiction, far from being the opposite of truth, is wholly bent on finding it out, and writing novels is a way to know the real world as objectively as possible. In Five Fictions in Search of Truth, Myra Jehlen develops this idea through readings of works by Flaubert, James, and Nabokov. She invokes Proust’s famous search for lost memory as the exemplary literary process, which strives, whatever its materials, for a true knowledge. In Salammbô, Flaubert digs up Carthage; in The Ambassadors, James plumbs the examined life and touches at its limits; while in Lolita, Nabokov traces a search for truth that becomes a trespass.

In these readings, form and style emerge as fiction’s means for taking hold of reality, which is to say that they are as epistemological as they are aesthetic, each one emerging by way of the other. The aesthetic aspects of a literary work are just so many instruments for exploring a subject, and the beauty and pleasure of a work confirm the validity of its account of the world. For Flaubert, famously, a beautiful sentence was proven true by its beauty. James and Nabokov wrote on the same assumption — that form and style were at once the origin and the confirmation of a work’s truth.

In Five Fictions in Search of Truth, Jehlen shows, moreover, that fiction’s findings are not only about the world but immanent within it. Literature works concretely, through this form, that style, this image, that word, seeking a truth that is equally concrete. Writers write — and readers read — to discover an incarnate, secular knowledge, and in doing so they enact a basic concurrence between literature and science.

Myra Jehlen is the Board of Governors Professor of Literature at Rutgers University. Her books include American Incarnation and Readings at the Edge of Literature.

"If her Readings at the Edge of Literature did not reveal Jehlen as a formidable critic, this study of five novels should. The book defies easy categorization as it probes and interrogates reality and its truths."—Choice

"Five Fictions in Search of Truth is wise to attend to writers' confrontations with reality, since such moments, once give a form as style, afford readers an unequaled perspective on truths that never quite seem to be overcome by prevailing skepticism and disbelief."—Larry T. Shillock, Bloomsbury Review

"This book contributes to the important attempt that critics such as Elaine Scarry and Peter Brooks are now making to return aesthetic questions to the center of literary studies. Myra Jehlen writes throughout with clarity, grace, and an utter absence of jargon. Her endnotes show how well she knows the scholarship on Flaubert, James, and Nabokov, but she lets the scholarship stay in the notes and allows her own intelligence to work directly on these fictions."—Michael Gorra, Smith College