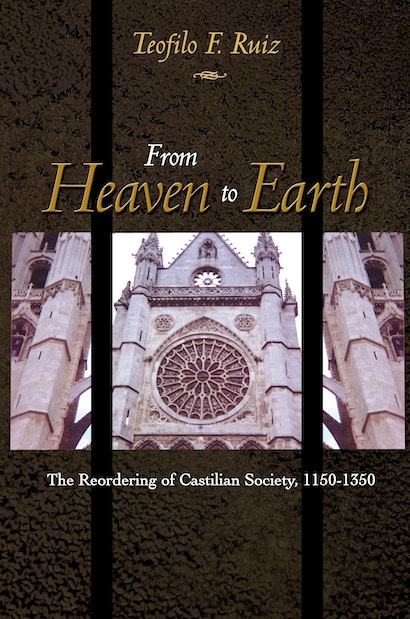 Between the late twelfth century and the mid fourteenth, Castile saw a reordering of mental, spiritual, and physical space. Fresh ideas about sin and intercession coincided with new ways of representing the self and emerging perceptions of property as tangible. This radical shift in values or mentalités was most evident among certain social groups, including mercantile elites, affluent farmers, lower nobility, clerics, and literary figures — “middling sorts” whose outlooks and values were fast becoming normative.


Drawing on such primary documents as wills, legal codes, land transactions, litigation records, chronicles, and literary works, Teofilo Ruiz documents the transformation in how medieval Castilians thought about property and family at a time when economic innovations and an emerging mercantile sensibility were eroding the traditional relation between the two. He also identifies changes in how Castilians conceived of and acted on salvation and in the ways they related to their local communities and an emerging nation-state.


Ruiz interprets this reordering of mental and physical landscapes as part of what Le Goff has described as a transition “from heaven to earth,” from spiritual and religious beliefs to the quasi-secular pursuits of merchants and scholars. Examining how specific groups of Castilians began to itemize the physical world, Ruiz sketches their new ideas about salvation, property, and themselves — and places this transformation within the broader history of cultural and social change in the West.

Teofilo F. Ruiz is Professor of History at the University of California, Los Angeles, where he chairs the history department. He is the author of several books, including A Social History of Spain, 1400-1600.

"As usual, Ruiz's style is clear and at times witty."—Choice

"Teofilo R. Ruiz demonstrates the sort of erudition that comes only from experience, discretion, and hard work. The result is a book that will likely stand for many years as an authoritative "must-read" for all historians of medieval Europe."—David Coleman, American Historical Review

"From Heaven to Earth is a thought-provoking and remarkable book, integrating a great deal of evidence in a carefully delineated, broad intellectual framework. Fluid and readable, it should be of considerable interest to historians of social and cultural life in Iberia and throughout the medieval West."—Michelle Herder, Speculum

"This book describes changes in the material world and in attitudes toward the spiritual world that took place in medieval Castile—changes that resulted from a shift in values toward a more practical, quantitative, and secular point of view. No one knows this material with the effortless intimacy Ruiz demonstrates. His scholarship is impeccable, and his argument is presented in a compelling and attractive manner."—Paul Freedman, Yale University

"This marvelous book asks large questions of vital importance to all the humanities and social sciences. Professor Ruiz has produced an eloquent and intellectually elegant work of tremendous range. "—David Nirenberg, The Johns Hopkins University