A look at the true nature of the zombie brain 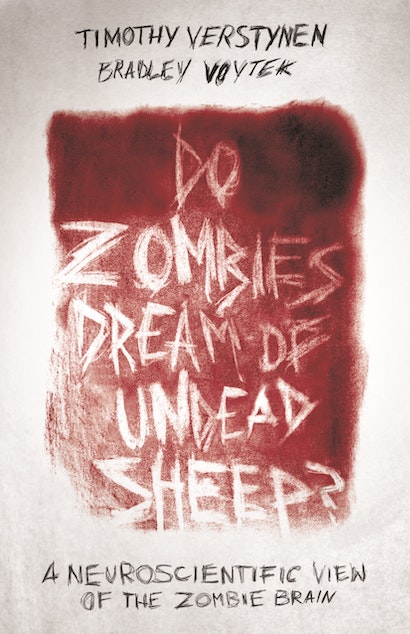 Even if you’ve never seen a zombie movie or television show, you could identify an undead ghoul if you saw one. With their endless wandering, lumbering gait, insatiable hunger, antisocial behavior, and apparently memory-less existence, zombies are the walking nightmares of our deepest fears. What do these characteristic behaviors reveal about the inner workings of the zombie mind? Could we diagnose zombism as a neurological condition by studying their behavior? In Do Zombies Dream of Undead Sheep?, neuroscientists and zombie enthusiasts Timothy Verstynen and Bradley Voytek apply their neuro-know-how to dissect the puzzle of what has happened to the zombie brain to make the undead act differently than their human prey.

Combining tongue-in-cheek analysis with modern neuroscientific principles, Verstynen and Voytek show how zombism can be understood in terms of current knowledge regarding how the brain works. In each chapter, the authors draw on zombie popular culture and identify a characteristic zombie behavior that can be explained using neuroanatomy, neurophysiology, and brain-behavior relationships. Through this exploration they shed light on fundamental neuroscientific questions such as: How does the brain function during sleeping and waking? What neural systems control movement? What is the nature of sensory perception?

Walking an ingenious line between seriousness and satire, Do Zombies Dream of Undead Sheep? leverages the popularity of zombie culture in order to give readers a solid foundation in neuroscience. 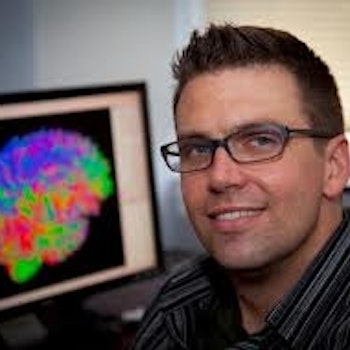 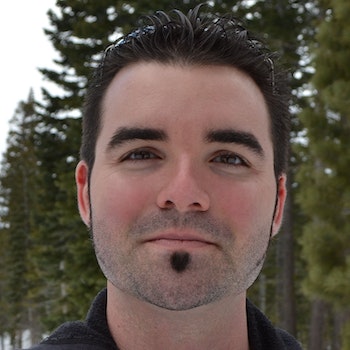 "If you've ever wondered which pathologies are responsible for the stiff and murderous personalities of zombies, this actual scientific explainer is the book for you."—Mental Floss

"Verstynen and Voytek's entertaining book uses zombies to help illustrate human neuroscience. . . . Zombie fans will want this book, and anyone concerned with neuroscience will find the topic made accessible by this lighthearted exploration."—Library Journal

"Neuroscientists and zombie enthusiasts Timothy Verstynen and Bradley Voytek have recently come out with a new book called Do Zombies Dream of Undead Sheep?, in which they apply their neuroscience backgrounds to an investigation of the undead. It's filled with pages of increasingly nerdy explorations of zombie behavior, and I highly recommend it, but what really caught my eye was the authors' conclusion: All the walking dead have Consciousness Deficit Hypoactivity Disorder, or CDHD."—Kyle Hill, Nerdist

"Voytek and Verstynen serve up an introduction to neuroscience but through the guise of zombies. Each chapter tackles a different zombie behavior and breaks it down through the current neuroscientific understanding of it. It's a kind of Neuroscience 101 that tackles complex ideas in a fun, enjoyable manner."—KPBS.org

"[Do Zombies Dream of Undead Sheep? is] a quick, cheeky read told by the sort of people who toss out punchlines while watching films such as 28 Days Later and World War Z."—Gary Robbins, U-T San Diego

"[Do Zombies Dream of Undead Sheep?] is smart, informative, historically riveting, well referenced, and like all good zombie stories, wonderfully fun. . . . If you want a sophisticated primer of neuroscience, coupled with a Halloween spin, then there can be no other book."—Steven C. Schlozman, Science

"[T]his book explores the basic neurobiology of one of the most popular nonexistent creatures known to humans. Although the authors begin with a goofy premise—zombie dreams—the topic resonates with their readers, especially those who don't enjoy science."—TheGuardian.com's Grrlscientist

"Capitalizing on the popularity of zombies, two neuroscientists draw on the odd behavior of the walking dead to serve up some real science about how the brain works."—Science News

"[I]f you did not like neuroscience before of even gave any thought about it, it is a pretty safe bet that you will after reading this book."—Bald Scientist

"[The authors] are easy going and conversational, their enthusiasm and expertise evident in equal measure. Their tone is light and the writing accessible, even when dealing with complex or abstract material. . . . [Do Zombies Dream of Undead Sheep] is engaging, informative, and fast moving, a worthy investment for anyone interested in a basic understanding of how our brains work."—Ben Murphy, Pittsburgh Post-Gazette

"Verstynen and Voytek succeed in introducing the brain in a cheeky, entertaining, and accessible format. This book would serve as an excellent introduction to neuroscience for the nonscience major, as a reference for anyone serious about zombie studies, or anyone looking for some scientific entertainment."—Choice

"[Do Zombies Dream of Undead Sheep?] wades through a lot of information, and with an enthusiastic stride, Verstynen's and Voytek's excitement and passion for their topic is infectious. The illustrations resemble a cult-comic book style… [and] they are fun. And fun is exactly how I would describe the reality of this book."—Lancet

"In Do Zombies Dream of Undead Sheep?, Verstynen and Voytek expertly unravel the mysteries of the zombie brain. Equal parts entertaining and informative, this important and brilliant must-read just might save the world someday. I gobbled it up like a zombie eating brains!"—Matt Mogk, author of Everything You Ever Wanted to Know about Zombies

"Verstynen and Voytek have written an entertaining and accessible book that uses the zombie brain to illustrate some of the key principles of neuroscience. Get your teeth into it!"—Mo Costandi, neuroscience blogger for the Guardian

"For too long, neuroscientists have stood on the sidelines while other disciplines have ravenously studied the zombie menace. With this book, Verstynen and Voytek alter that trend and significantly advance the scholarship of the undead. It's about time that humans showed interest in the zombie brain—and not vice versa."—Daniel Drezner, author of Theories of International Politics and Zombies

"A fascinating look at the living brain through the behavior of the fictional undead. Written by respected neuroscientists with a zombie fixation, this is an engaging and light-hearted neuroscience course with a serious point."—Vaughan Bell, King's College London

"Using zombies from popular film to introduce a broad range of neuroscience concepts, this book argues that we can understand the various features of zombie behavior through the lens of neurological and neuroscientific evidence. Fun and engaging, Do Zombies Dream of Undead Sheep? will appeal to a broad readership."—Russell Poldrack, University of Texas, Austin