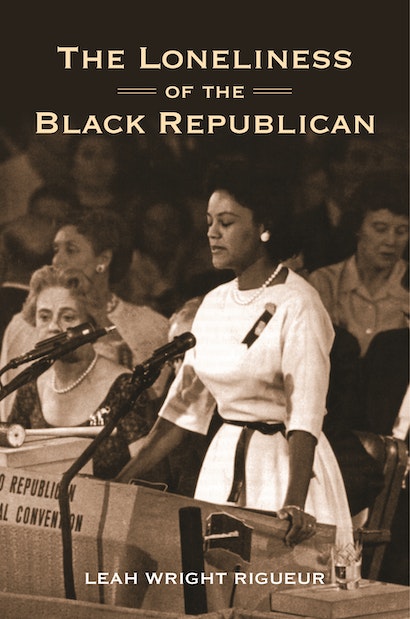 Covering more than four decades of American social and political history, The Loneliness of the Black Republican examines the ideas and actions of black Republican activists, officials, and politicians, from the era of the New Deal to Ronald Reagan’s presidential ascent in 1980. Their unique stories reveal African Americans fighting for an alternative economic and civil rights movement—even as the Republican Party appeared increasingly hostile to that very idea. Black party members attempted to influence the direction of conservatism—not to destroy it, but rather to expand the ideology to include black needs and interests.

As racial minorities in their political party and as political minorities within their community, black Republicans occupied an irreconcilable position—they were shunned by African American communities and subordinated by the GOP. In response, black Republicans vocally, and at times viciously, critiqued members of their race and party, in an effort to shape the attitudes and public images of black citizens and the GOP. And yet, there was also a measure of irony to black Republicans’ “loneliness”: at various points, factions of the Republican Party, such as the Nixon administration, instituted some of the policies and programs offered by black party members. What’s more, black Republican initiatives, such as the fair housing legislation of senator Edward Brooke, sometimes garnered support from outside the Republican Party, especially among the black press, Democratic officials, and constituents of all races. Moving beyond traditional liberalism and conservatism, black Republicans sought to address African American racial experiences in a distinctly Republican way.

The Loneliness of the Black Republican provides a new understanding of the interaction between African Americans and the Republican Party, and the seemingly incongruous intersection of civil rights and American conservatism.

Leah Wright Rigueur is assistant professor of public policy at the Harvard Kennedy School of Government. 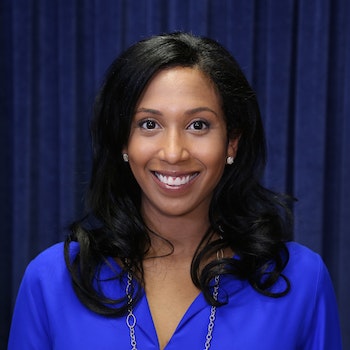 "The Loneliness of the Black Republican is meticulous, well-crafted, and consistently astute about the fractious recent history of the Grand Old Party."—Artur Davis, Weekly Standard

"Leah Wright Rigueur's book, The Loneliness of the Black Republican, provides an intellectual and thought-provoking voice to this intriguing debate. . . . [H]er well-researched work is evenhanded—and, at times, sympathetic. In many ways, it's the most significant book ever written about the collapse of black support in the Republican party."—Michael Taube, Washington Times

"This book adds much needed depth to the understanding of the diversity of black politics during these years (1930s to 1980)."—Choice

"Meticulously researched . . . . Rigueur . . . gives us one of the first attempts at understanding who black Republicans were, the values they held, and how they engaged in party politics."—James Wolfinger, Journal of American History

"There is much to be admired in Leah Wright Rigueur's groundbreaking work and her bravery in tackling a topic that has been dismissed as insignificant by historians for decades."—Joshua Farrington, H-Net Reviews

"African American Republicans! An absurd contradiction in terms? Not so, as historian Leah Wright Rigueur tells us in her riveting, splendidly well-researched, and illuminating book. She finds many black conservatives and explains how and why they became such political contrarians."—Donald T. Critchlow, Arizona State University

"While this book offers the definitive history of African Americans in the twentieth-century Republican Party, it also tells so much more. It provides a fresh and fascinating account of activists who frequently failed to influence their own party's trajectory, but helped chart out the broader path of black neoliberalism, which continues to have a profound impact in the Obama era."—Paul Frymer, Princeton University

"No previous book has analyzed the role of African Americans in the Republican Party in such a thematically and chronologically diverse manner, and it challenges us to rethink the party's history. Developing a distinctive and interesting argument, this book is important not only for historians, but for Americans generally."—Robert Mason, University of Edinburgh

"Wright Rigueur has produced an extraordinary political and social history of the experiences of African Americans in the modern Republican Party and her book is the first to take seriously the role black elites played in the party's internecine politics. With impressive archival research and rich accounts, this book makes a major contribution to history, African American studies, and political science."—Alvin B. Tillery, Jr., Northwestern University