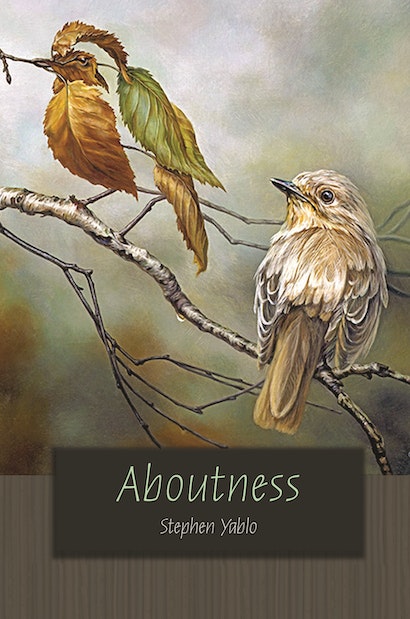 Aboutness has been studied from any number of angles. Brentano made it the defining feature of the mental. Phenomenologists try to pin down the aboutness-features of particular mental states. Materialists sometimes claim to have grounded aboutness in natural regularities. Attempts have even been made, in library science and information theory, to operationalize the notion.


But it has played no real role in philosophical semantics. This is surprising; sentences have aboutness-properties if anything does. Aboutness is the first book to examine through a philosophical lens the role of subject matter in meaning.


A long-standing tradition sees meaning as truth-conditions, to be specified by listing the scenarios in which a sentence is true. Nothing is said about the principle of selection — about what in a scenario gets it onto the list. Subject matter is the missing link here. A sentence is true because of how matters stand where its subject matter is concerned.


Stephen Yablo maintains that this is not just a feature of subject matter, but its essence. One indicates what a sentence is about by mapping out logical space according to its changing ways of being true or false. The notion of content that results — directed content — is brought to bear on a range of philosophical topics, including ontology, verisimilitude, knowledge, loose talk, assertive content, and philosophical methodology.


Written by one of today’s leading philosophers, Aboutness represents a major advance in semantics and the philosophy of language.

Stephen Yablo is professor of linguistics and philosophy at the Massachusetts Institute of Technology. He is the author of Things: Papers on Objects, Events, and Properties and Thoughts: Papers on Mind, Meaning, and Modality.

"This is an important and far-reaching book that philosophers will be discussing for a long time. There are doctoral dissertations, articles, and books to write exploring the possibilities and limitations of [Yablo's] approach."—Adam Morton, Notre Dame Philosophical Reviews

"Stephen Yablo's Aboutness is something of a sensation. It instantiates two firsts: it is the first book ever published on aboutness in logic and language, on the question, therefore, what it is for a sentence to be about something, and it is the first book Yablo publishes."—Naomi Osorio-Kupferblum, Analysis Reviews

"This is an excellent book. Aboutness is highly original and represents a major contribution to metaphysics and the philosophy of language."—Thomas Hofweber, University of North Carolina, Chapel Hill

"Aboutness is a major achievement. Yablo is one of the most distinctive philosophical writers of our time. Every sentence of this landmark book is a joy, and the discussion is elegant throughout. In this part of philosophy, it doesn't get better than this."—Gideon Rosen, Princeton University