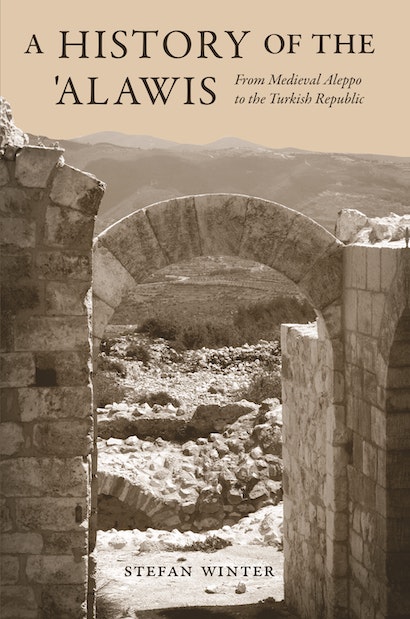 The ‘Alawis, or Alawites, are a prominent religious minority in northern Syria, Lebanon, and southern Turkey, best known today for enjoying disproportionate political power in war-torn Syria. In this book, Stefan Winter offers a complete history of the community, from the birth of the ‘Alawi (Nusayri) sect in the tenth century to just after World War I, the establishment of the French mandate over Syria, and the early years of the Turkish republic. Winter draws on a wealth of Ottoman archival records and other sources to show that the ‘Alawis were not historically persecuted as is often claimed, but rather were a fundamental part of Syrian and Turkish provincial society.

Winter argues that far from being excluded on the basis of their religion, the ‘Alawis were in fact fully integrated into the provincial administrative order. Profiting from the economic development of the coastal highlands, particularly in the Ottoman period, they fostered a new class of local notables and tribal leaders, participated in the modernizing educational, political, and military reforms of the nineteenth century, and expanded their area of settlement beyond its traditional mountain borders to emerge from centuries of Sunni imperial rule as a bona fide sectarian community.

Using an impressive array of primary materials spanning nearly ten centuries, A History of the ‘Alawis provides a crucial new narrative about the development of ‘Alawi society.

Stefan Winter is associate professor of history at the Université du Québec à Montréal (UQÀM). He is the author of The Shiites of Lebanon under Ottoman Rule.

"Winter sets out to expose, through systematic study of the Ottoman archives, the myth of ‘Alawi persecution by Sunnis across the past ten centuries, and shed much-needed light on Syria's current tragedy."—Diana Darke, Times Literary Supplement

"Winter has produced a timely and informative history of the Alawis, an important religious minority located in today's Syria, Lebanon, and Turkey. . . . Unlike most existing literature, Winter uses the vast and largely untouched sources from the Ottoman period to show the existence of a normalized rapport between the state and the Alawis."—Choice

"A tour de force covering almost one thousand years. It is a scholarly achievement, in itself, to break down the sectarian loop in the Middle East, and it is a welcome addition to the library of any scholar and student of Middle East history and society. . . . This is an excellent piece of historical scholarship."—Behrooz Moazami, Sociology of Islam

"It provokes new research questions and discussions about a Muslim sect that has been misrepresented and under-researched."—Malek Abisaab, American Historical Review

"A History of the ‘Alawis is a pathbreaking work that attacks the prevailing lachrymose version of ‘Alawi history and its focus on the community's perpetual isolation and repression. Stefan Winter debunks numerous myths in the first sweeping study of the ‘Alawis to use the Ottoman archives systematically. Anyone who wants to understand Syria's tragic civil war must read this exciting and magisterial survey."—Joshua Landis, University of Oklahoma

"There is a real need for a study of the ‘Alawis and their origins and place in Ottoman Syrian society. This books fills that void. It debunks historical myths on either side of the current sectarian divide in Syria and demystifies the sect's genesis. Incredibly rich in scope and detail, this seminal book should be read by anyone interested in Syria's past and present."—Bruce Masters, Wesleyan University

"Winter has produced a highly significant work that is as historically groundbreaking as it is fascinating to read, even more so against the backdrop of the current tragedy in Syria. An important corrective to myopic narratives of Syrian history that place far too much emphasis on the role of religion and sectarianism, this book is one of the most substantial contributions to Syrian studies in the last fifteen years."—Max Weiss, Princeton University