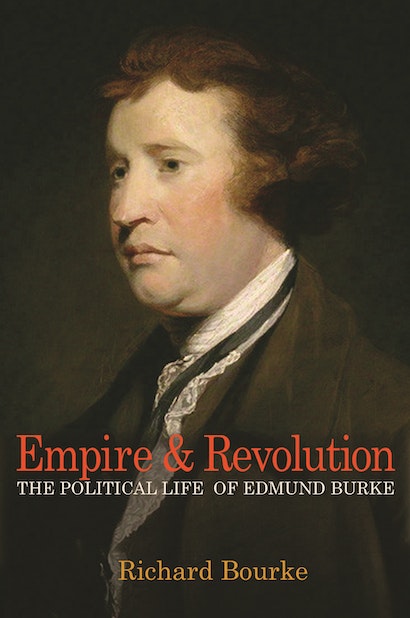 Edmund Burke (1730–97) lived during one of the most extraordinary periods of world history. He grappled with the significance of the British Empire in India, fought for reconciliation with the American colonies, and was a vocal critic of national policy during three European wars. He also advocated reform in Britain and became a central protagonist in the great debate on the French Revolution. Drawing on the complete range of printed and manuscript sources, Empire and Revolution offers a vivid reconstruction of the major concerns of this outstanding statesman, orator, and philosopher. In restoring Burke to his original political and intellectual context, this book overturns the conventional picture of a partisan of tradition against progress and presents a multifaceted portrait of one of the most captivating figures in eighteenth-century life and thought. A boldly ambitious work of scholarship, this book challenges us to rethink the legacy of Burke and the turbulent era in which he played so pivotal a role.

Richard Bourke is professor of the history of political thought and a fellow of King's College, University of Cambridge. 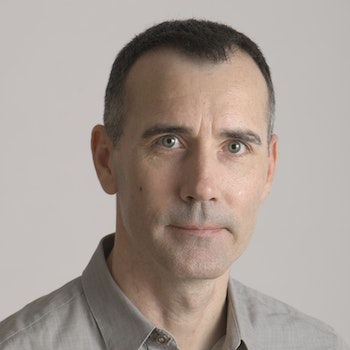 "Richard Bourke’s book is nothing if not ambitious. He sets out both to track Edmund Burke through every last inch of his political and parliamentary career and to track the sources of his thinking through philosophers, historians, and lawyers from Aristotle and Cicero to John Locke and beyond."—Alan Ryan, New York Review of Books

"[Empire and Revolution] takes us back to the beginning again with Burke, demolishing numerous shibboleths about his politics along the way. . . . This book is both more creative and exhaustive than anything else in its single-mindedness—quite an achievement."—Duncan Kelly, Times Literary Supplement

"Bourke's forensic anatomising of both the underlying consistency of Burke's commitments and also of the repeated misreadings to which his career has been subjected is a pleasure to read. Time and again Bourke skewers a misinterpretation with an acute discrimination. . . . The range and depth of Bourke's research here, and his command of both the primary and secondary archives, is truly impressive. All future historians of ideas who intend to work on Burke will need to engage with the arguments of this book."—David Womersley, Standpoint

"Bourke'sEmpire and Revolutionis the finest of intellectual portraits . . . the definitive account of a life in ideas and politics."—Gavin Jacobson, Financial Times

"A truly outstanding achievement. . . . [Empire and Revolution] is the finest of all books on Edmund Burke."—Seamus Deane, Literary Review

"A monument of exact scholarship and careful reflection, by a long way the best book that we have on this profound and much misunderstood politician and philosopher."—Jonathan Sumption, Spectator

"A majestic study of a fascinating and gloriously ambiguous political thinker."—John Banville, Observer

"Of Empire and Revolution: The Political Life of Edmund Burke, by Richard Bourke . . . It is hard to avoid the word 'magisterial'. Burke is a fascinating thinker, at once a conservative and a radical, and this beautifully written, scholarly study will be the last word on him for a long time to come."—John Banville, The Irish Times

"In this wonderfully rich book, Richard Bourke tells the story of Burke's political endeavors and ideas in the context of the tumultuous time in which he lived. . . . Bourke does it wonderfully. . . . He paints a bold picture of a truly outstanding figure who nonetheless has to be grasped in light of the age in which he lived. You'll understand both better thanks to this book."—Yuval Levin, National Review Online

"It is impossible not to admire the depth of Bourke's scholarship and the immense care and great intelligence he has displayed in examining Burke's thinking. . . . [Empire and Revolution] is a veritable treasure trove that will offer gems of wisdom. . . . [A]n absolute must read."—H. T. Dickinson, Intellectual History Review

"This outstanding intellectual biography shows that the 18th-century Irish MP Edmund Burke can be appropriated by neither Right nor Left. Thanks to Bourke's meticulous and wide-ranging scholarship, what seem to be inconsistencies, such as condemning Warren Hastings' injustice in India but supporting the notion of empire, and supporting the American Revolution and deploring the French one, are shown to be part of Burke's nuanced, if time-bound, humanitarianism."—Jane O'Grady, Times Higher Education

"The size of this volume and the fabric of its academic structure are daunting and energizing at the same time, especially given the extraordinarily high standard of analysis sustained over nine-hundred or so pages. . . . Few intellectual historians would wish for a better illustration of their sub-discipline than Bourke's in this study, where the development of concepts and the related evolution of vocabulary are contextualized in a way that is intolerant of anachronism, yet remains both accessible and committed to the enduring relevance of Burke's thought and world."—Ian Crowe, University Bookman

"Bourke's 1,000 page, extensively footnoted book seeks to cover every aspect of Edmund Burke's thought and career. . . . This carefully argued book deserves to be read by anyone with a serious interest in Burke."—Choice

"Richard Bourke's Empire and Revolution: The Political Life of Edmund Burke . . . is a landmark of scholarship. . . . A magnificent achievement of intellectual biography, philosophical reconstruction, and historical revision."—Paul Sagar, Political Theory

"[Empire and Revolution] sets a new standard not just in Burkean scholarship but in our understanding of late 18th century political thought."—Clifford Cunningham, Sun News Miami

"Bourke possesses a subtle understanding of the political ideas at work in Burke's eighteenth century while, yet, he still brings to his comprehensive study both the sweep of the historian's eye and the depth of a historian's technical training. . . . We can see not only the formation of Burke's ideas, but their meaning in a complex political and intellectual environment."—Steven P. Millies, Studies in Burke and His Time

"Empire and Revolution: The Political Life of Edmund Burke is . . . one of several works of scholarship that have appeared in the past few years. Bourke's contribution to this corpus is a profoundly erudite study of Burke's political life; it will surely become a standard work."—Richard N. Price, American Historical Review

"It is this combination of erudition, thoroughness and insight which makes Bourke's tome such a valuable contribution. . . . Likely long to remain a standard by which other works on Burke are judged."—Mark Klobas, Political Studies Review

"Bourke has produced a meticulous study that blends biography with intellectual and political history. . . . An interesting reappraisal of one of modern history's most ambiguous political thinkers."—Gavin Murray-Miller, H-Net Reviews

"Richard Bourke has contributed a monumental volume. . . . Based on extremely thorough research in primary sources and fully up to date with the most recent secondary literature, Empire and Revolution achieves the difficult objective of making a distinctive addition to a deservedly crowded field."—Journal of the Historical Association

"There is no doubt that Burke studies have received a new point of departure in Richard Bourke's masterful Empire and Revolution. This work of surpassing scholarship enables us to place Burke fully in the context of the political history through which he lived."—David Walsh, Library of Law & Liberty

"The scope of Bourke's splendid volume is informed by a modern scholarship deeply embedded with a profound knowledge of Greek, Roman, medieval, Renaissance, and Enlightenment moral philosophy, the history of political thought and theory, historicism, and oratorical representations. In the text proper and in the abundant footnotes (thankfully placed on the relevant pages), Burke and Bourke converse with Aristotle, Augustine, Grotius, Pufendorf, Locke, Montesquieu, Hume, and Rousseau. And out of these ruminations with past philosophers and present circumstances emerges, in Bourke’s words, not a diligent scholar like Kant nor a precocious genius like Hume but a ‘man of brilliance whose gifts were realised in the cut and thrust of affairs.’"—James J. Sack, Journal of Modern History

"Exemplary in its detail and erudition, Empire and Revolution is a masterful scholarly and interpretive assessment of the complicated life and political career of Edmund Burke. . . . The book is an encyclopedic tour de force, the best book for this generation on the much studied yet misunderstood Edmund Burke."—Carla J. Mulford, Eighteenth-Century Studies

"[A] stupendous work of intellectual and political reconstruction . . . This magnificent study is the first sustained and successful attempt to integrate Burke's political life (the subtitle) with the political problems he and his contemporaries faced, and in so doing demonstrate the political coherence of Burke’s life. . . . The study not only deploys the full range of Burke’s writings that have now become available—some indeed recovered by Richard Bourke himself—but exhibits a stupendously detailed grasp of the international, national and party-political contexts in which they were written, as well as modern academic understandings of them . . . [A] monumental work of scholarship."—Iain Hampsher-Monk, Modern Intellectual History

"Richard Bourke has produced the first book to comprehensively connect [Burke's] parliamentary career in all its complexity to [his] political principles. . . . The book is also peerlessly comprehensive in terms of the source materials it draws on. Not only does Bourke demonstrate mastery of Burke’s published writings, speeches, correspondence, and numerous intellectual influences, he also brings a dizzying array of archival materials to bear, many of them untapped by previous Burke scholars."—Ross Carroll, History of Political Thought

"A more multi-dimensional portrait of Burke and his milieu than any we have encountered before."—Ross Carroll, History of Political Thought

"Bourke’s Empire and Revolution is the pinnacle of scholarship on Burke in the Anglophone world, and it is unlikely that anyone will be able surpass his astonishing achievement anytime soon."—Roy Tsing, Intellectual History

"Empire and Revolution is a remarkable achievement. Richard Bourke combines an astonishing mastery of detail with unfailingly good judgment and clarity of argument. He does justice to every facet of Burke's extraordinarily rich intellectual and political life, and to the global reach of Burke's attention and efforts. This is a work to savor."—Jennifer Pitts, University of Chicago

"Bridging the gap between political practice and political thought has presented a major conundrum for intellectual historians, most especially for students of Edmund Burke. With massive erudition, comprehensive scholarship, and methodological subtlety, Richard Bourke triumphantly solves this problem by scrupulously tracking the principles informing Burke's interventions across his entire political life. Empire and Revolution is quite simply the best book on Burke ever written: all future work on Burke must start from here."—David Armitage, Harvard University

"Empire and Revolution is a monumental achievement. Bourke has at once given us a sensitive reading of Edmund Burke's political commitments and a bracing portrait of the later-eighteenth-century British Empire. This elegant and powerful book not only forces us to rethink Burke's politics, it compels us to rethink his age and our relationship to it."—Steven Pincus, Yale University

"Our understanding of Burke's thought as both statesman and philosopher, engaged in the many problems of his revolutionary times, is from this moment both deepened and broadened beyond measure."—J.G.A. Pocock, Johns Hopkins University

"Empire and Revolution is the best book on Edmund Burke available. It takes a scholar of singular learning to tackle a figure like Burke, and Richard Bourke is exactly that person. His writing is clear, his scholarship impeccable, and his mastery of eighteenth-century history self-evident. This is a brilliant book and a model for intellectual historians."—Richard Whatmore, University of St Andrews

"An extremely impressive piece of work."—Mark Philp, author of Reforming Ideas in Britain: Politics and Language in the Shadow of the French Revolution, 1789-1815