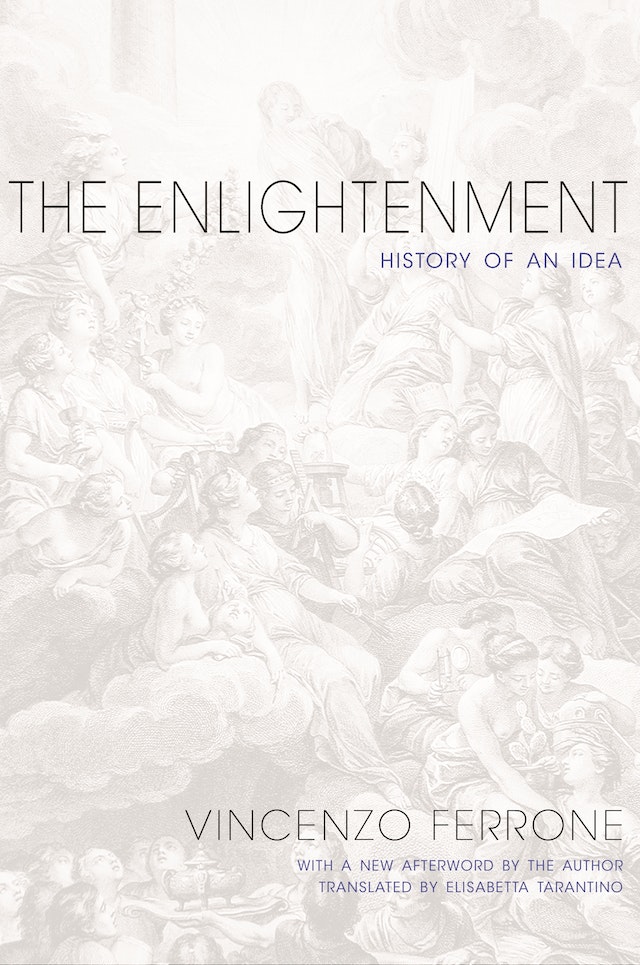 In this concise and powerful book, one of the world’s leading historians of the Enlightenment provides a bracing and clarifying new interpretation of this watershed period. Arguing that philosophical and historical interpretations of the era have long been hopelessly confused, Vincenzo Ferrone makes the case that it is only by separating these views and taking an approach grounded in social and cultural history that we can begin to grasp what the Enlightenment was—and why it is still relevant today. Ferrone explains why the Enlightenment was a profound and wide-ranging cultural revolution that reshaped Western identity, reformed politics through the invention of human rights, and redefined knowledge by creating a critical culture. These new ways of thinking gave birth to new values that spread throughout society and changed how everyday life was lived and understood. Featuring an illuminating afterword describing how his argument challenges the work of Anglophone interpreters including Jonathan Israel, The Enlightenment provides a fascinating reevaluation of the true nature and legacy of one of the most important and contested periods in Western history.

Vincenzo Ferrone is professor of modern history at the University of Turin. He has been a visiting scholar at the Collège de France and at the Institute for Advanced Study in Princeton.

"Ferrone's familiarity with the primary literature is impressive, covering thinkers from France and Italy to Germany and Scotland. His grasp of the historiography is just as sure, encompassing both Anglophone and European research. This makes for a book that is far more than just a synthesis."—Richard Bourke, Times Literary Supplement

"Ferrone's command of his material is impressive. . . . There is something for us to learn, or be reminded of, on nearly every page of this dense but often enlightened work."—John Toren, Rain Taxi Review of Books

"[The Enlightenment] offers a novel and provocative interpretation of the Enlightenment that effectively challenges scholars of the movement to rethink their own understandings of the intellectual turmoil and upheaval of the eighteenth century."—Review of Politics

"How welcome it is to have Vincenzo Ferrone's Lezioni illuministiche available in English. . . . No brief summary can convey all the pleasures, and instruction, that accompany a reading of The Enlightenment: History of an Idea. Not the least of its attractions is the fact that Ferrone wears his immense erudition lightly, expressing himself in a prose that is as ludic as it is lucid, joining clarity to wit in classic Enlightenment fashion."—Johnson Kent Wright, H-France Review

"A seriously impressive work of scholarship. Ferrone’s deep learning is evident on every page. . . . We might never reach any agreement on what the Enlightenment was, but Ferrone’s work will inspire another round of debating the issue, and steel historians with a sense of purpose."—R. J. W. Mills, History of Political Thought

"There is much to treasure in Ferrone's passionate defense of the Enlightenment. . . . Ferrone has written a classic—brilliant, learned, and magisterial."—Isaac Kramnick, The Historian

"Ferrone's compelling and courageous effort to disentangle the conceptions of the Enlightenment advanced by historians and philosophers since the eighteenth century results in a volume indispensable to historians and philosophers alike—and especially all those interested in how the late Enlightenment's 'laboratory of modernity' gave rise to and continues to shape our understanding of humanism today."—Ryan Patrick Hanley, author of Adam Smith and the Character of Virtue

"There will probably never be any agreement over the Enlightenment—whether it was a philosophical project, social movement, or both, and how it changed, if it did, our ways of thinking. But, as Vincenzo Ferrone shows, the struggle to answer these questions has long dominated the intellectual agenda of the West. His book, the first exhaustive account of the idea of Enlightenment itself, is both a history and a critical reflection on how the indisputable origin of the modern world has been conceived, defended, and abused over the centuries. It is both enlightening and enlightened."—Anthony Pagden, author of The Enlightenment: And Why It Still Matters

"This book shines. A fine and concise work by a highly respected scholar, it puts a lifetime of learning and a pan-European sweep into comparatively few pages, and offers nicely turned set pieces—about the Enlightenment's relationship to the French Revolution, for example—in addition to its original insights and reflections."—Darrin M. McMahon, author of Enemies of the Enlightenment