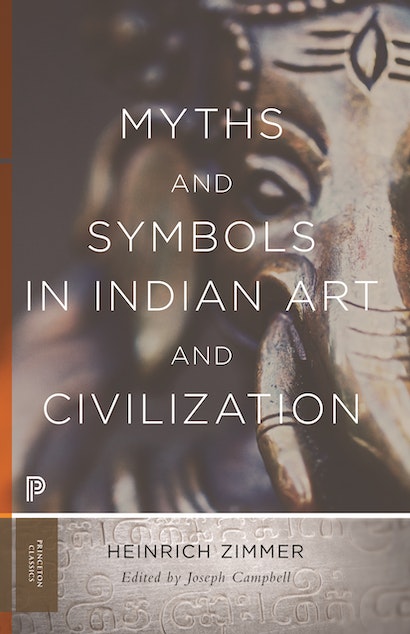 A landmark work that demystifies the rich tradition of Indian art, Myths and Symbols in Indian Art and Civilization analyzes key motifs found in legend, myth, and folklore taken directly from the Sanskrit. It provides a comprehensive introduction to visual thinking and picture reading in Indian art and thought. Ultimately, the book shows that profound Hindu and Buddhist intuitions on the riddles of life and death are universally recognizable.

Heinrich Zimmer (1890–1943) was a historian of South Asian art. He was the author of Philosophies of India. Joseph Campbell (1904–1987) was the author of many books on comparative mythology, including The Hero with a Thousand Faces and The Masks of God.

"Zimmer moves among [the myths of India] unhurriedly, with a respect that amounts to devotion. Gradually his comments bring to light the universal meanings beneath the archaic exterior."—New York Times

"In viewing India's art and civilization, the late Dr. Heinrich Zimmer, a man of penetrating intellect, the keenest esthetic sensibility and a predilection for psychoanalytic methods, found unlimited material for employing all three qualities. . . . The Indian material offered is of the best quality: the language in which it is presented is imaginative, figurative, poetic, vigorous."—W. Norman Brown