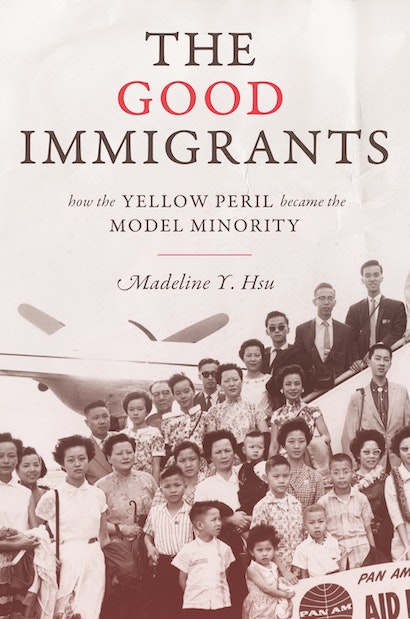 Conventionally, US immigration history has been understood through the lens of restriction and those who have been barred from getting in. In contrast, The Good Immigrants considers immigration from the perspective of Chinese elites—intellectuals, businessmen, and students—who gained entrance because of immigration exemptions. Exploring a century of Chinese migrations, Madeline Hsu looks at how the model minority characteristics of many Asian Americans resulted from US policies that screened for those with the highest credentials in the most employable fields, enhancing American economic competitiveness.

The earliest US immigration restrictions targeted Chinese people but exempted students as well as individuals who might extend America’s influence in China. Western-educated Chinese such as Madame Chiang Kai-shek became symbols of the US impact on China, even as they patriotically advocated for China’s modernization. World War II and the rise of communism transformed Chinese students abroad into refugees, and the Cold War magnified the importance of their talent and training. As a result, Congress legislated piecemeal legal measures to enable Chinese of good standing with professional skills to become citizens. Pressures mounted to reform American discriminatory immigration laws, culminating with the 1965 Immigration Act.

Filled with narratives featuring such renowned Chinese immigrants as I. M. Pei, The Good Immigrants examines the shifts in immigration laws and perceptions of cultural traits that enabled Asians to remain in the United States as exemplary, productive Americans.

Madeline Y. Hsu is associate professor of history and past director of the Center for Asian American Studies at the University of Texas at Austin. Her books include Dreaming of Gold, Dreaming of Home and the coedited anthology Chinese Americans and the Politics of Race and Culture. 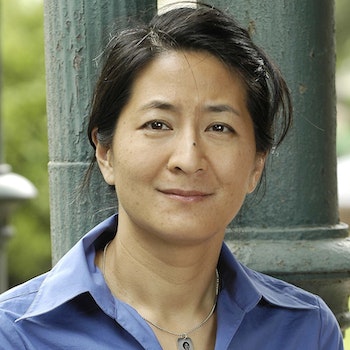 "Hsu's well-researched study focuses on the ways in which certain categories of the same ethnic group were designated as exempt and thus permitted admission. . . . A worthy read, as it fills a gap in our understanding of the history of U.S. immigration policy and the implications of this policy in educational history."—Eileen H. Tamura, History of Education Quarterly

"This book will . . . provide relevant historical context for anybody formulating ideas about Europe's current debate on migration and asylum-seeking."—Charlotte De Blois, Asian Affairs

"The Good Immigrants provides much insight on a variety of topics. Those who want to learn more about US immigration policies, cultural relations between the US and China during the nineteenth and twentieth centuries, Chinese refugees during the 1940s to 1960s, and Chinese transpacific migration will not want to miss it."—Chi-ting Peng, Pacific Affairs

"A strikingly timely and significant contribution to our understanding of America's immigration policies and practices since the late nineteenth century."—Karen Leonard, H-Net Reviews

"'America is a land of immigrants'—so true. But the state determines who it wants and doesn't want in decidedly unsentimental ways. Hsu's deeply researched and empathetically narrated history reveals how racial thinking, economic need, and international politics transformed the Chinese from being mostly undesirable to selectively welcomed and celebrated. This is an important study of personal experiences and policy in Cold War America."—Gordon H. Chang, Stanford University

"How did the 'yellow peril' become the 'model minority'? Hsu's compelling book demonstrates that the admission of Asian scholars and businessmen to the United States set a pattern of valuing Asian newcomers with economically advantageous skills—a pattern that still shapes immigration and assimilation today. Bringing together legal and social history and biography to explore racial categorization, discrimination, and global economics, this meticulously researched book is essential to scholars and students of American policy debates."—Alan M. Kraut, American University

"The Good Immigrants is an impeccably researched and poignant history of Chinese students and intellectuals in the United States. Exceptional in their legal status, they were nonetheless buffeted by the overarching politics of U.S.-China relations. Hsu places into historical context such figures as Madame Chiang Kai-shek, I. M. Pei, Chen-Ning Yang, and many others who, as a group, constituted the bridge between the 'yellow peril' and 'model minority.'"—Mae Ngai, Columbia University

"The Good Immigrants is a critically important book that analyzes U.S. immigration policy from a wider and deeper perspective. While other works have studied why the United States enacted exclusionary race-based immigration laws, Hsu focuses on the exceptions—the relatively well-to-do Chinese who entered the United States under an exempt status as merchants, diplomats, and students. Hsu looks at the opening of American society, rather than the closing of it."—Naoko Shibusawa, Brown University

"In The Good Immigrants, Hsu's exhaustive research and incisive scholarship break new ground. Probing American political narratives from the nineteenth century to the Cold War period and modern times, Hsu uncovers how certain machinations engineered immigration policy and in the process reconfigured the image of Chinese migrants into today's 'model minority.'"—Helen Zia, author of Asian American Dreams: The Emergence of an American People