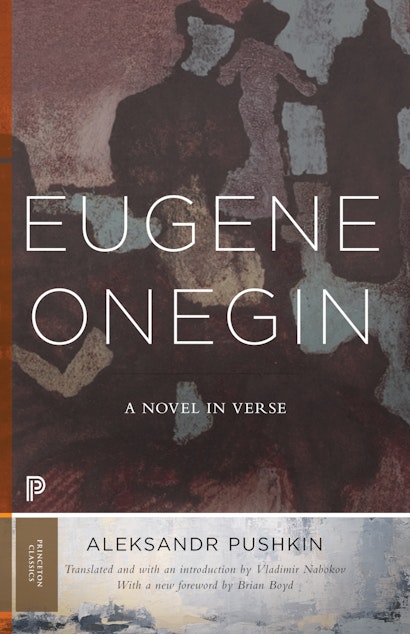 Buy This
When Vladimir Nabokov’s translation of Pushkin’s masterpiece Eugene Onegin was first published in 1964, it ignited a storm of controversy that famously resulted in the demise of Nabokov’s friendship with critic Edmund Wilson. While Wilson derided it as a disappointment in the New York Review of Books, other critics hailed the translation and accompanying commentary as Nabokov’s highest achievement. Nabokov himself strove to render a literal translation that captured “the exact contextual meaning of the original,” arguing that, “only this is true translation.” Nabokov’s Eugene Onegin remains the most famous and frequently cited English-language version of the most celebrated poem in Russian literature, a translation that reflects a lifelong admiration of Pushkin on the part of one of the twentieth century’s most brilliant writers. Now with a new foreword by Nabokov biographer Brian Boyd, this edition brings a classic work of enduring literary interest to a new generation of readers.
Vladimir Nabokov (1899–1977) was a Russian-American writer known for his unique blend of erudition and playfulness. His novels in English include Lolita, Pale Fire, and Ada. He also wrote poetry, short stories, translations from Russian, and a memoir, Speak, Memory. Brian Boyd is professor of literature at the University of Auckland. He is the author of Vladimir Nabokov: The Russian Years and Vladimir Nabokov: The American Years (both Princeton).

"Nabokov has not merely rendered the most precious gem of Russia's poetic heritage into limpid, literal poetic translation. He has given Pushkin's wondrous lines the glow and sparkle of their Russian original."—Harrison E. Salisbury, New York Times

"Nabokov's translation and commentary, taken together, can best be considered as asui generiswork of art—perhaps his ultimate masterpiece."—J. Thomas Shaw, Slavic and East European Journal

"What Nabokov has done is to throw a bridge between Russian and American culture, a bridge built out of his all-informative commentary and agonizingly honest translation."—Virginia Quarterly Review