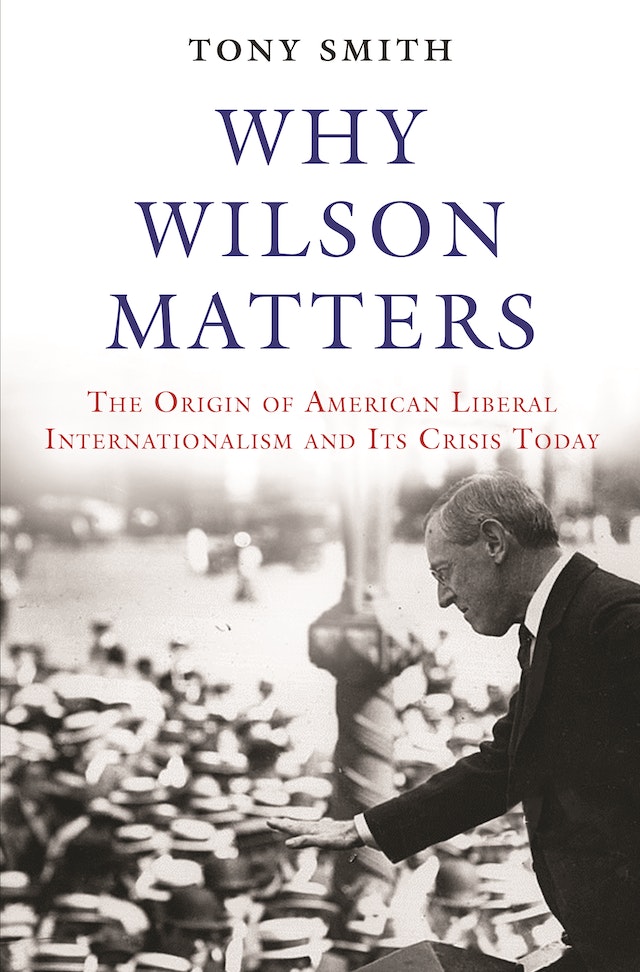 The liberal internationalist tradition is credited with America’s greatest triumphs as a world power—and also its biggest failures. Beginning in the 1940s, imbued with the spirit of Woodrow Wilson’s efforts at the League of Nations to “make the world safe for democracy,” the United States steered a course in world affairs that would eventually win the Cold War. Yet in the 1990s, Wilsonianism turned imperialist, contributing directly to the invasion of Iraq in 2003 and the continued failures of American foreign policy.

Why Wilson Matters explains how the liberal internationalist community can regain a sense of identity and purpose following the betrayal of Wilson’s vision by the brash “neo-Wilsonianism” being pursued today. Drawing on Wilson’s original writings and speeches, Tony Smith traces how his thinking about America’s role in the world evolved in the years leading up to and during his presidency, and how the Wilsonian tradition went on to influence American foreign policy in the decades that followed—for good and for ill. He traces the tradition’s evolution from its “classic” era with Wilson, to its “hegemonic” stage during the Cold War, to its “imperialist” phase today. Smith calls for an end to reckless forms of U.S. foreign intervention, and a return to the prudence and “eternal vigilance” of Wilson’s own time.

Why Wilson Matters renews hope that the United States might again become effectively liberal by returning to the sense of realism that Wilson espoused, one where the promotion of democracy around the world is balanced by the understanding that such efforts are not likely to come quickly and without costs.

Tony Smith is the Cornelia M. Jackson Professor of Political Science at Tufts University. His many books include America's Mission: The United States and the Worldwide Struggle for Democracy and The Crisis of American Foreign Policy: Wilsonianism in the Twenty-First Century (both Princeton).

"A painstaking, take-no-prisoners attack on those who believe that America's historical experience can be duplicated everywhere. . . . This makes for powerful reading."—Robert Kaplan, Wall Street Journal

"A valiant effort to assert that Woodrow Wilson's view of how America should relate to the world has relevance today. . . . Smith performs a service to readers looking to place current domestic political developments in historical context."—Publishers Weekly

"[Smith] wants to reclaim Wilson's historical memory to bolster the very idea of liberal internationalism, which he correctly considers under assault. For Smith, the problem is not that the United States stands for liberal values and seeks to promote democracy abroad; for too many, doing so has become synonymous with military force and overthrowing governments. The association of Wilson’s precepts with the recent wars in Iraq, Afghanistan and Libya has caused many to question the wisdom of a vigorous American role in the world. The result, Smith argues, is that 'neo-Wilsonianism sabotaged the very tradition from which it had emerged.'"—Derek Chollet, The National Interest

"Even a review as generous in length as H-Diplo allows cannot do justice to Smith’s intellectual achievement in his reconsideration of Wilson. . . . The point is to evaluate the major actors, of whom this man stands paramount, for who they were and what they thought they were doing. As a scholar and our only professional academic to become president, Wilson would have wanted nothing less. Tony Smith’s book takes us a long way down the path to a true understanding of this man and these events."—John Milton Cooper, Jr., H-Diplo Roundtable Review

"A significant and highly original contribution to the scholarship on Wilson and Wilsonianism. The book manages to offer new insights to our understanding of Wilson as well an original critique of contemporary U.S. foreign policy—a major accomplishment that deserves praise. Moreover, the book is well written, engaging, and persuasive. . . . [It] deserves a wide readership not only by scholars but by anyone concerned with the practice of U.S. foreign policy."—Rasmus Sinding Søndergaard, H-Diplo Roundtable Review

"Before he became president, Wilson was a prolific writer and a leading American scholar of democratic government, and Smith’s major contribution is his reconstruction of Wilson’s thinking from his books, papers, speeches, and letters. What emerges is a portrait not of a crusader or a utopian but of a realistic liberal who understood the deep and slow-forming foundations of modern democratic rule."—G. John Ikenberry, Foreign Affairs

"Smith is one of the most prolific scholars of the Wilsonian legacy in America's foreign policy. Here, he makes a powerful appeal to uphold the standards Wilson established and protect them against their recent abuse by conservative neo-Wilsonians. For everyone concerned about America's international position today, this book is a must-read."—Klaus Schwabe, RWTH Aachen University

"Wilsonianism, which arose from Woodrow Wilson's efforts to promote a democratic rules-based international order in the ruins of World War I, has been appropriated in the modern era by so-called ‘neo-Wilsonians' advocating wars of regime change and imposed nation-building abroad. In this compelling book, Smith cogently argues for reviving this foundational foreign-policy concept's original conception as a guide to avoid overreach and thereby better align America's interests and values in a turbulent world."—Robert S. Litwak, Wilson Center

"In Why Wilson Matters, Tony Smith rescues Woodrow Wilson from the pundits and policymakers who have distorted and abused his ideas. He shows that Wilson's views on foreign policy were subtle, reality-based, and far from utopian, and Wilson reemerges as a surer guide to the dilemmas of contemporary world politics than the ‘neo-Wilsonians' who have led the United States astray in recent years. Meticulously researched and beautifully written, this book shows how U.S. foreign policy could be principled and pragmatic, and above all more effective."—Stephen M. Walt, Harvard Kennedy School

"Tony Smith is a committed liberal internationalist who believes American foreign policy has gone off the rails since 2001, mainly because the liberals in charge misunderstood the teachings of their founding father, Woodrow Wilson. They failed to appreciate the prudence and realism behind Wilson's prescriptions, and instead demonstrated hubris and a love of big stick diplomacy, which led them to make disastrous decisions. Why Wilson Matters is an impressive book and should be widely read."—John J. Mearsheimer, University of Chicago

"In this powerful, often impassioned analysis of the erratic applications of Wilsonian internationalism over the course of a century, Tony Smith skillfully demonstrates why a genuine understanding of Wilson's ideas for reducing the risk of war is crucial for the future well-being of American security and, indeed, for a world made safe for democracy."—Thomas J. Knock, author of To End All Wars: Woodrow Wilson and the Quest for a New World Order

"This is a major, original contribution. Woodrow Wilson remains one of our most interesting, significant, and controversial presidents. No one has looked as carefully at him and then followed the threads of his legacies in the nine decades since his death as Smith does in this important and extremely timely book."—John Milton Cooper, Jr., author of Woodrow Wilson: A Biography

"Smith's case is plausible and important. Why Wilson Matters provides the best narrative for liberals on what went wrong with Wilsonianism."—John M. Owen IV, author of Confronting Political Islam: Six Lessons from the West's Past