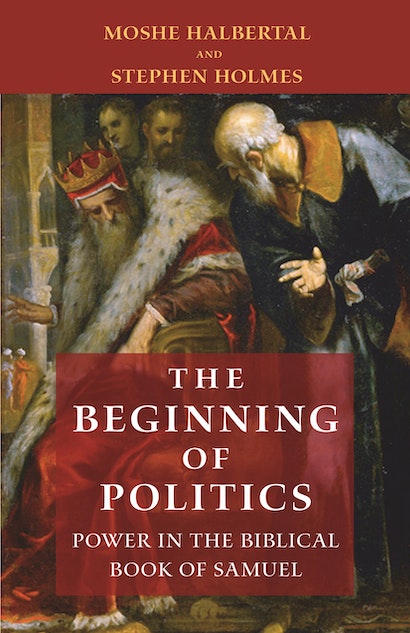 The book of Samuel is universally acknowledged as one of the supreme achievements of biblical literature. Yet the book’s anonymous author was more than an inspired storyteller. The author was also an uncannily astute observer of political life and the moral compromises and contradictions that the struggle for power inevitably entails. The Beginning of Politics mines the story of Israel’s first two kings to unearth a natural history of power, providing a forceful new reading of what is arguably the first and greatest work of Western political thought.

Through stories such as Saul’s madness, David’s murder of Uriah, the rape of Tamar, and the rebellion of Absalom, the author of Samuel deepens our understanding not only of the necessity of sovereign rule but also of its costs—to the people it is intended to protect and to those who wield it. Moshe Halbertal and Stephen Holmes show how these beautifully crafted narratives cut to the core of politics, offering a timely meditation on the dark side of sovereign power and the enduring dilemmas of statecraft.

“Although an investigation of political power in Old Testament writings might be useful in squaring certain passages, the real value here is exploring these books as a first look into the dynamics of early politics.”—Library Journal

“This is a superb study of a superb book.”—Shmuel Ben-Gad, Association of Jewish Libraries Reviews