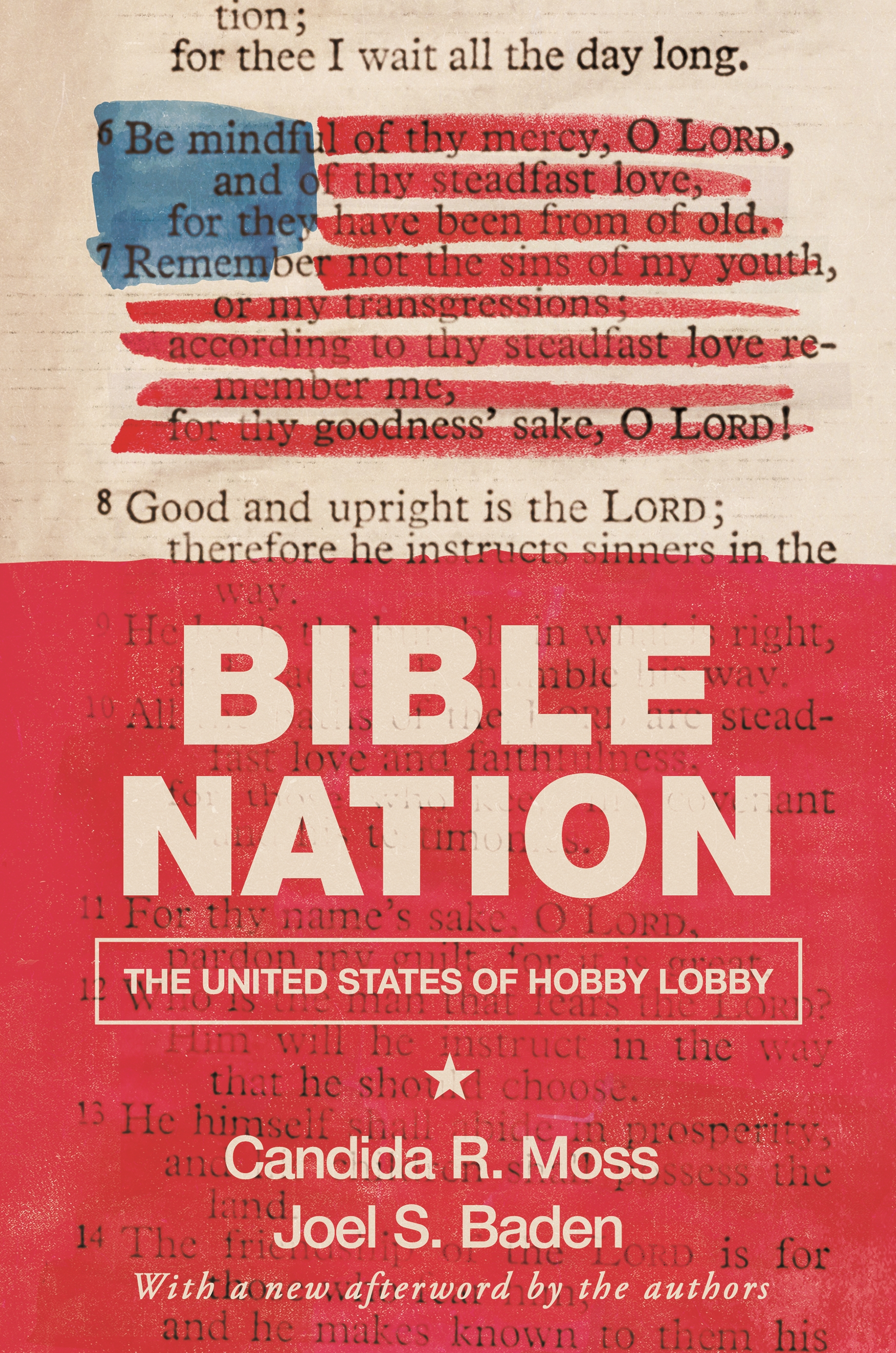 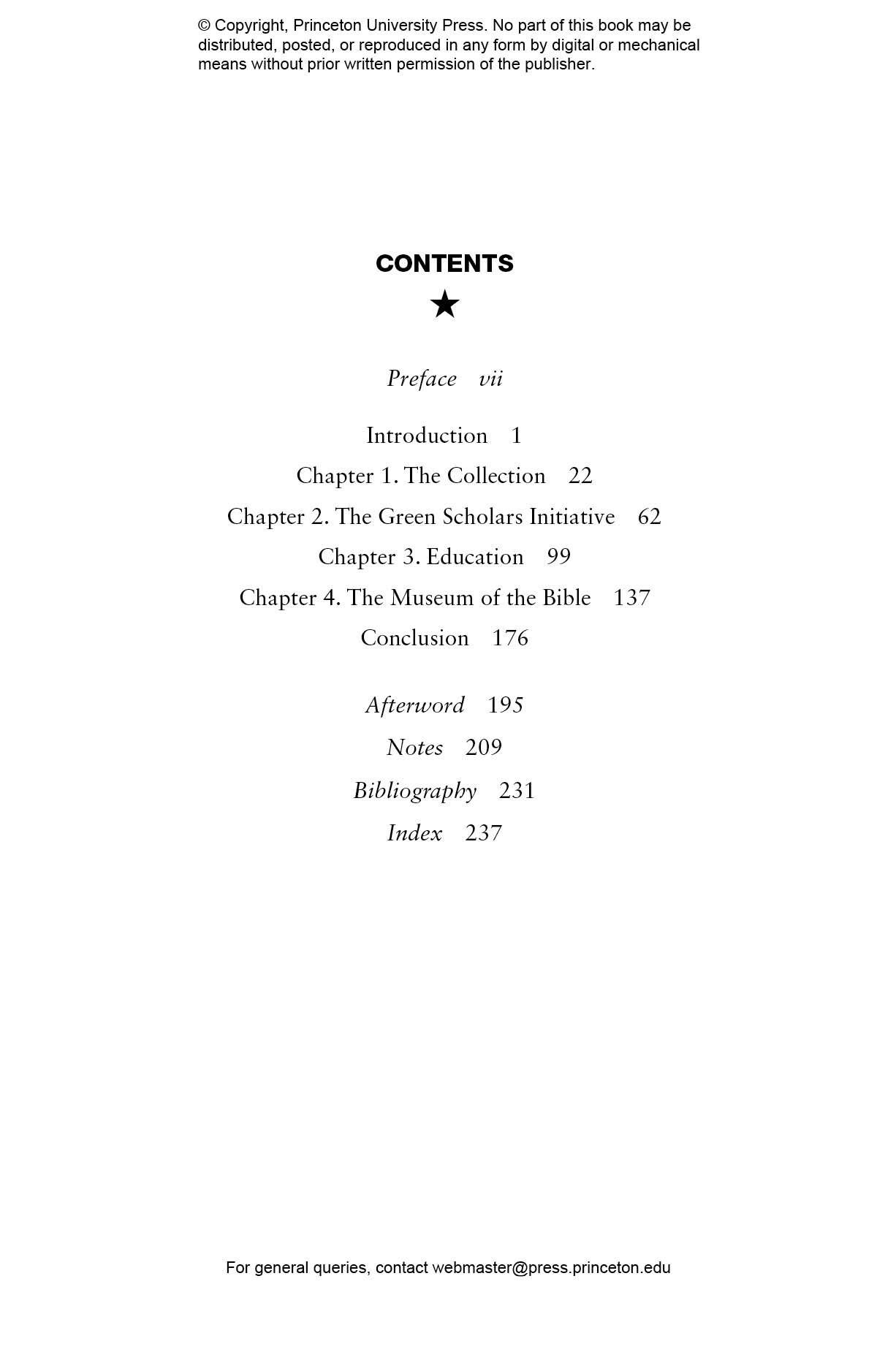 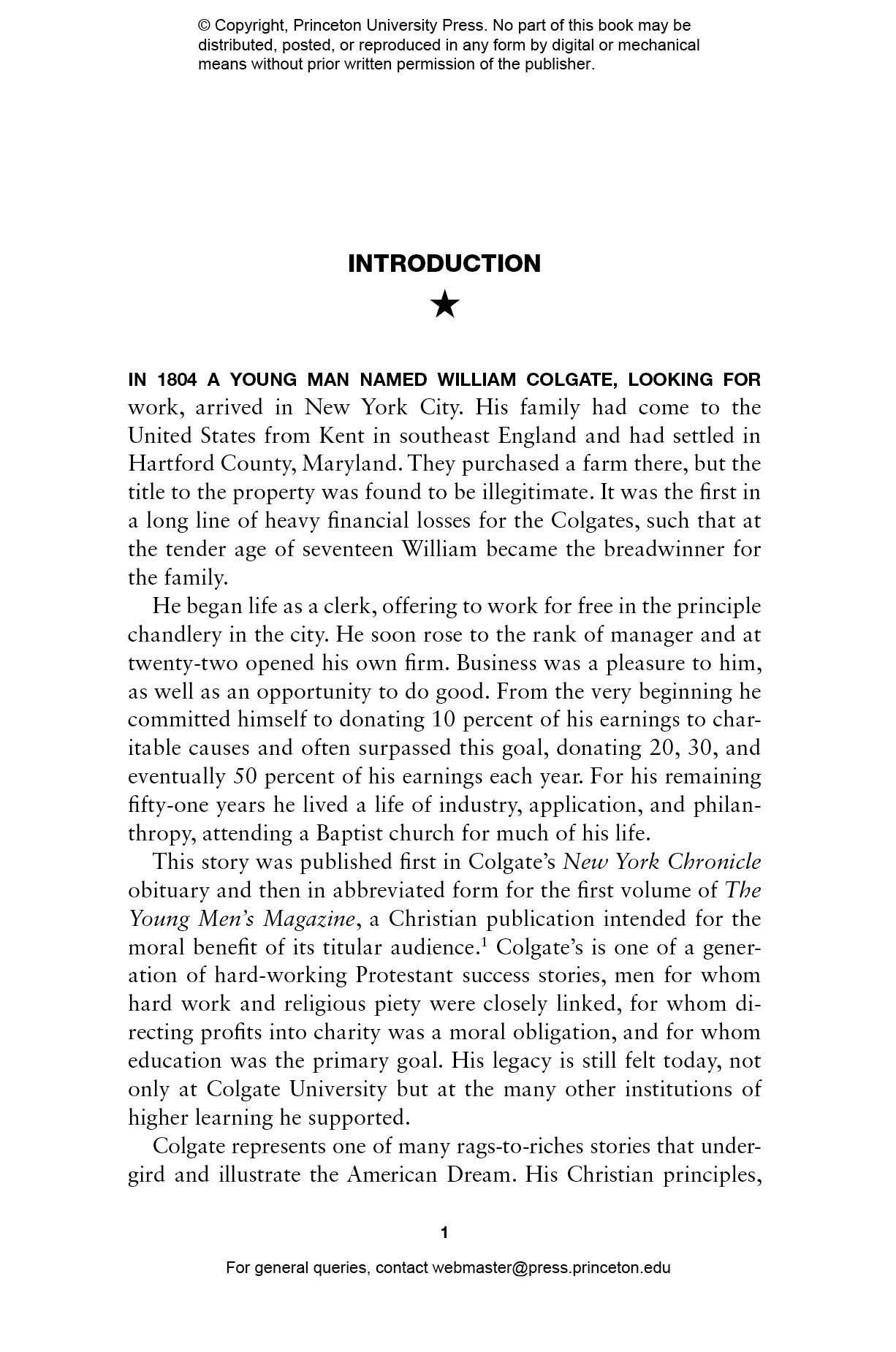 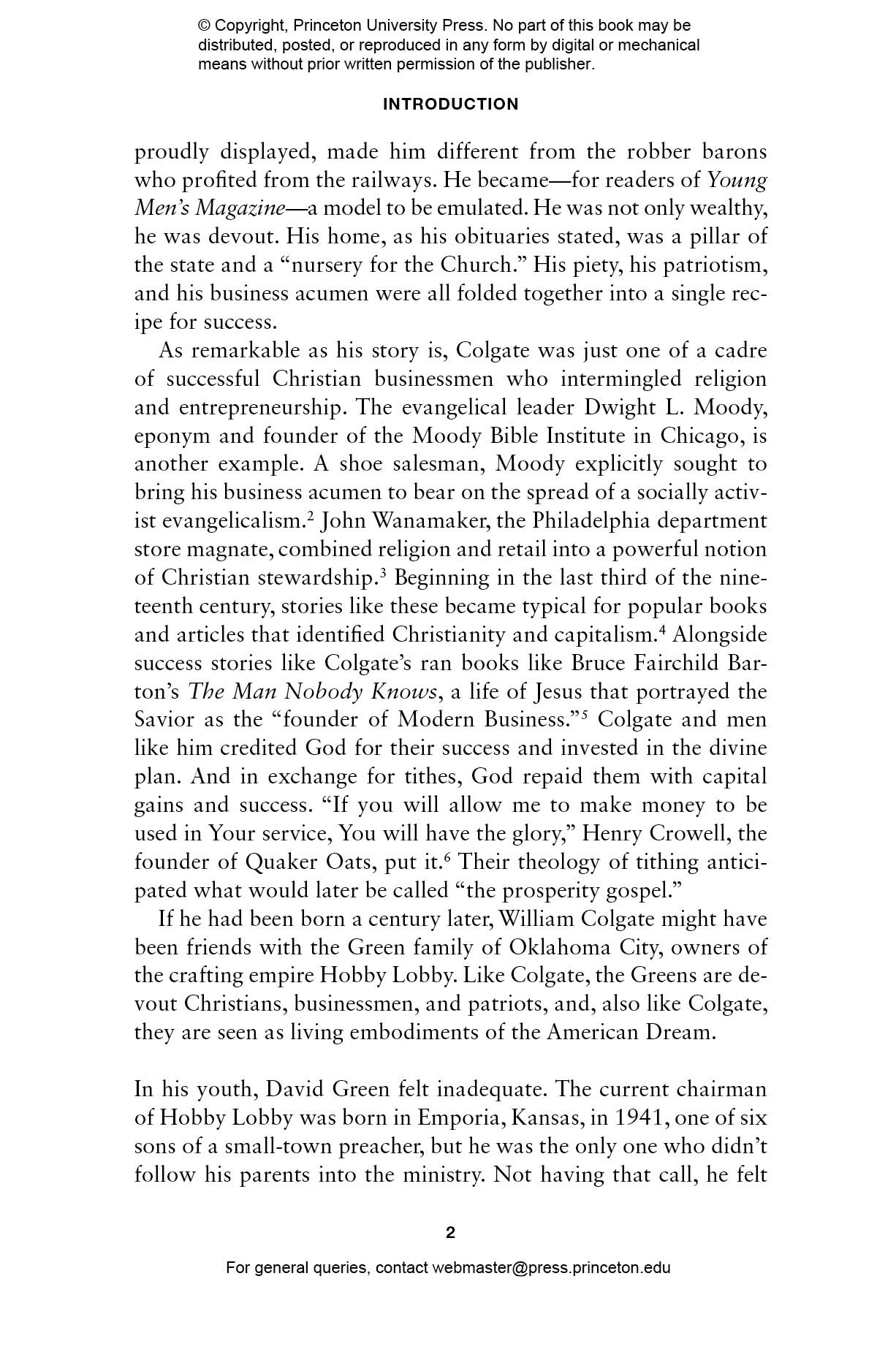 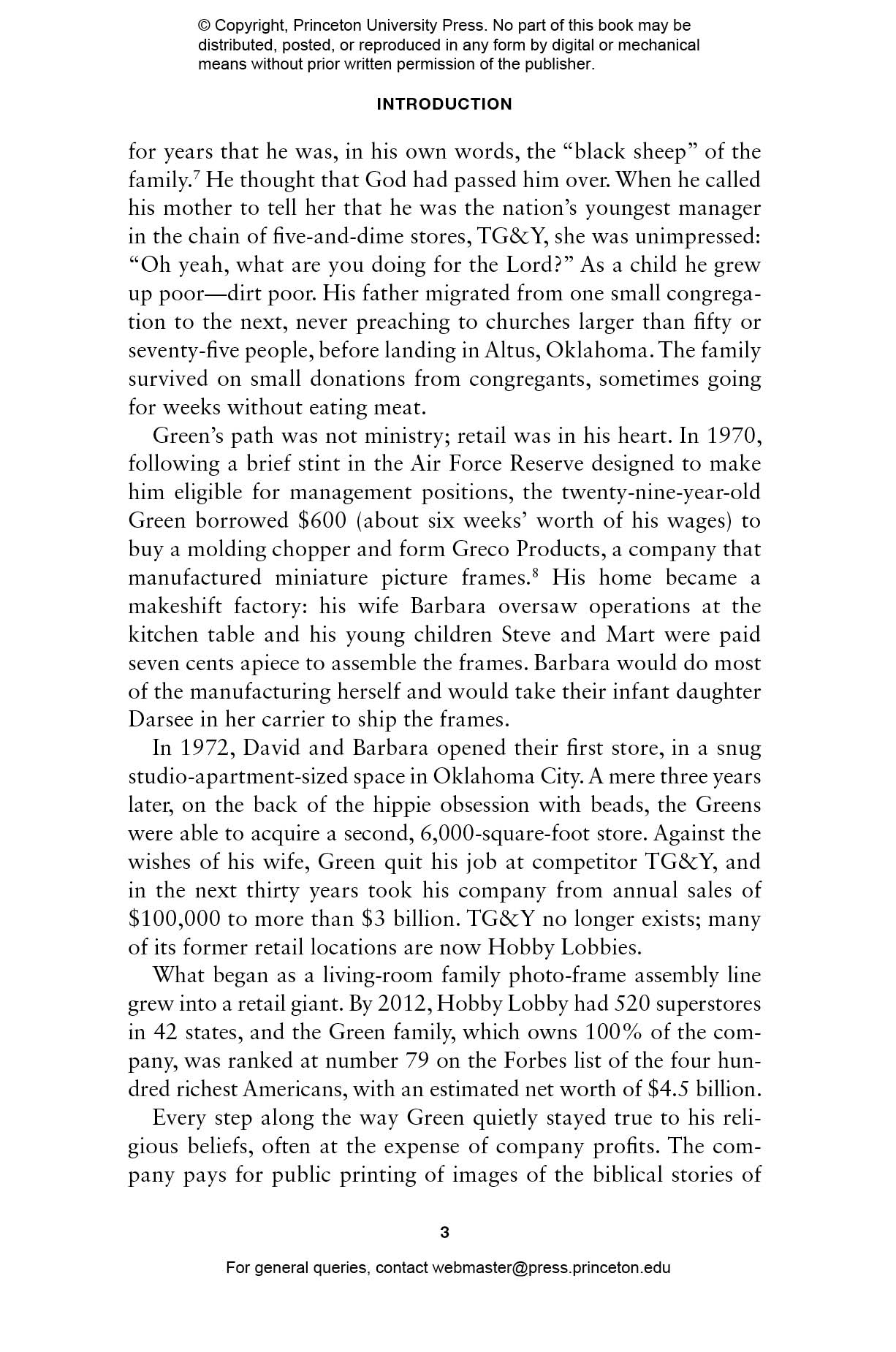 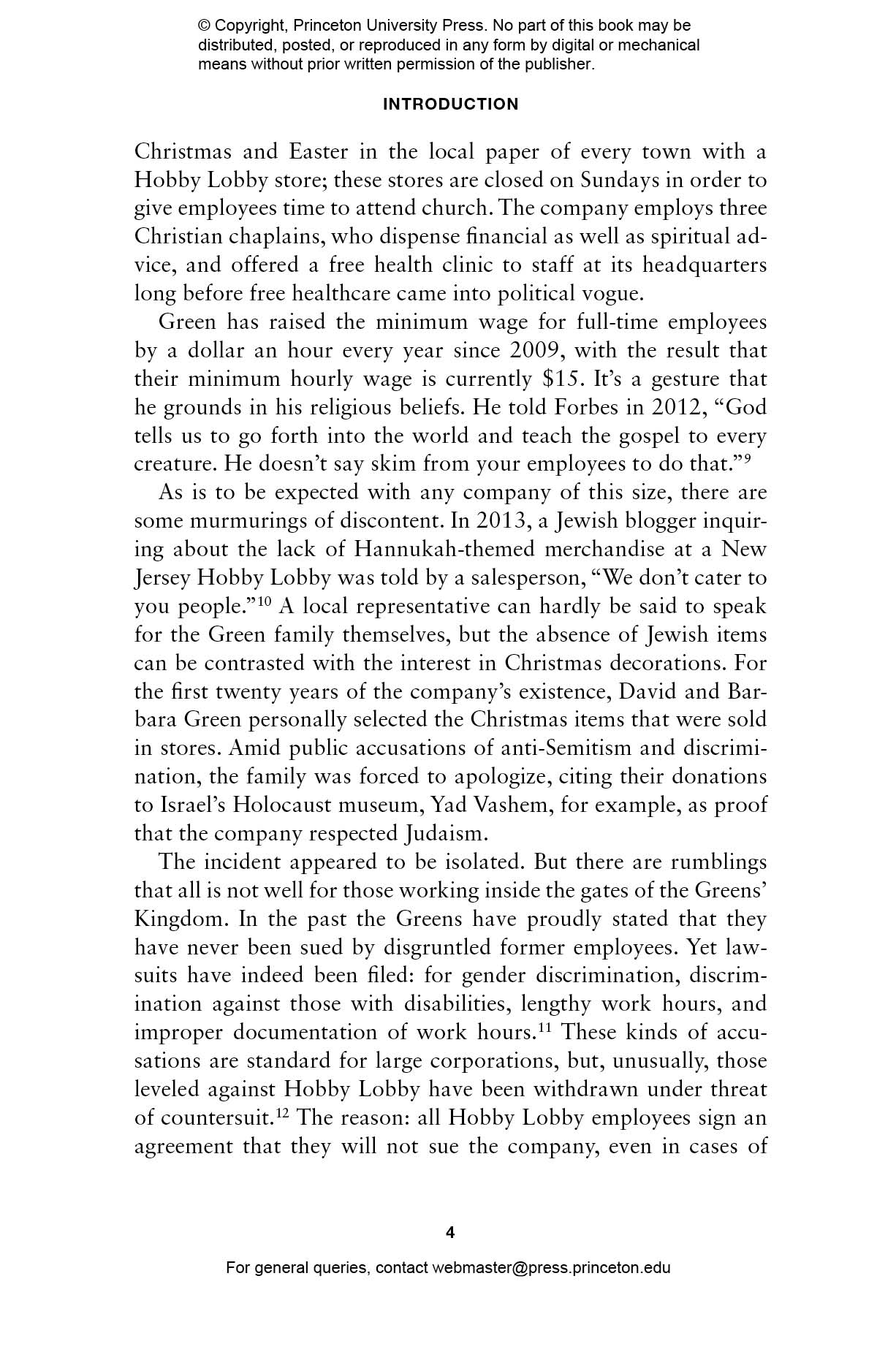 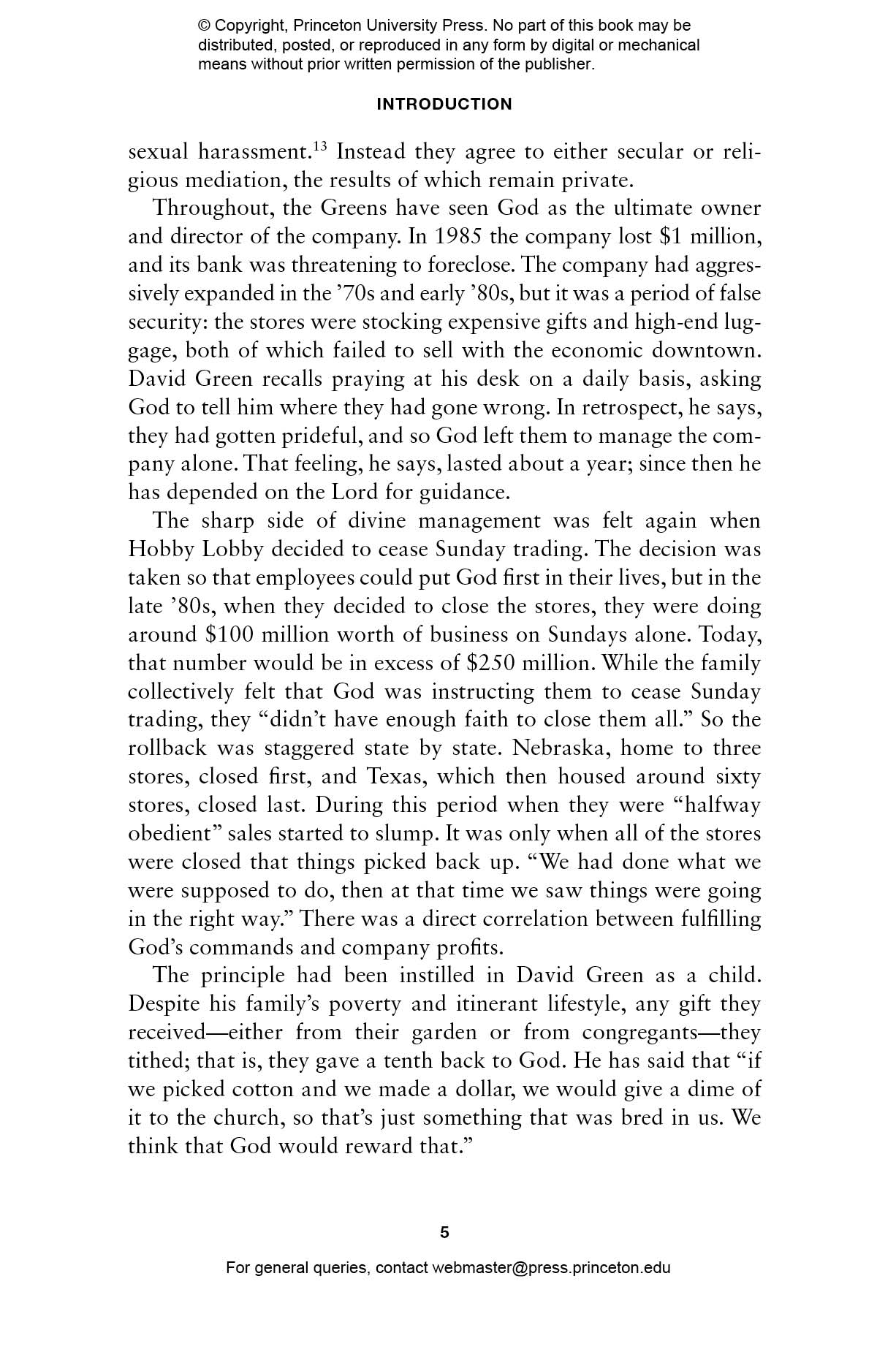 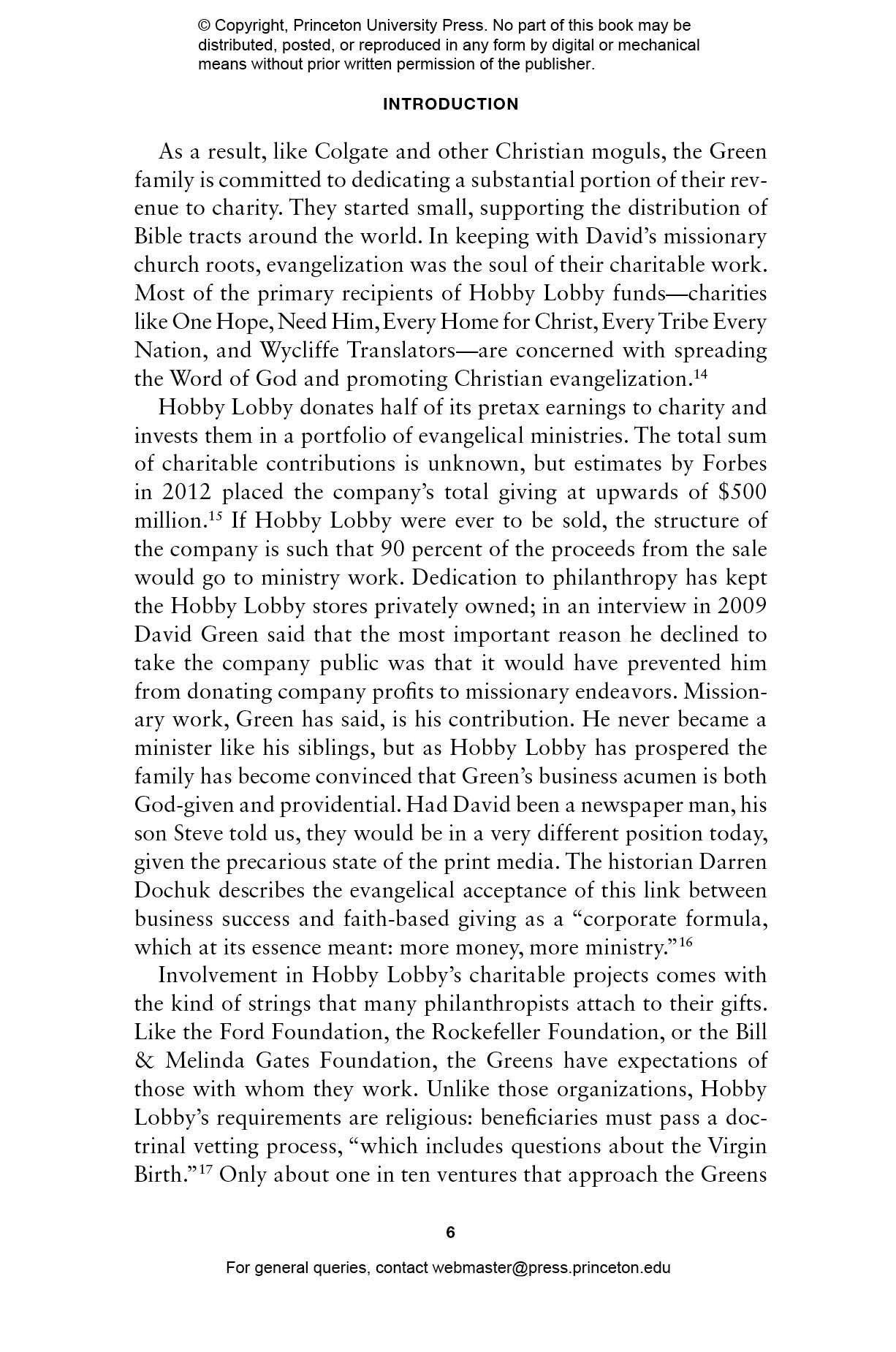 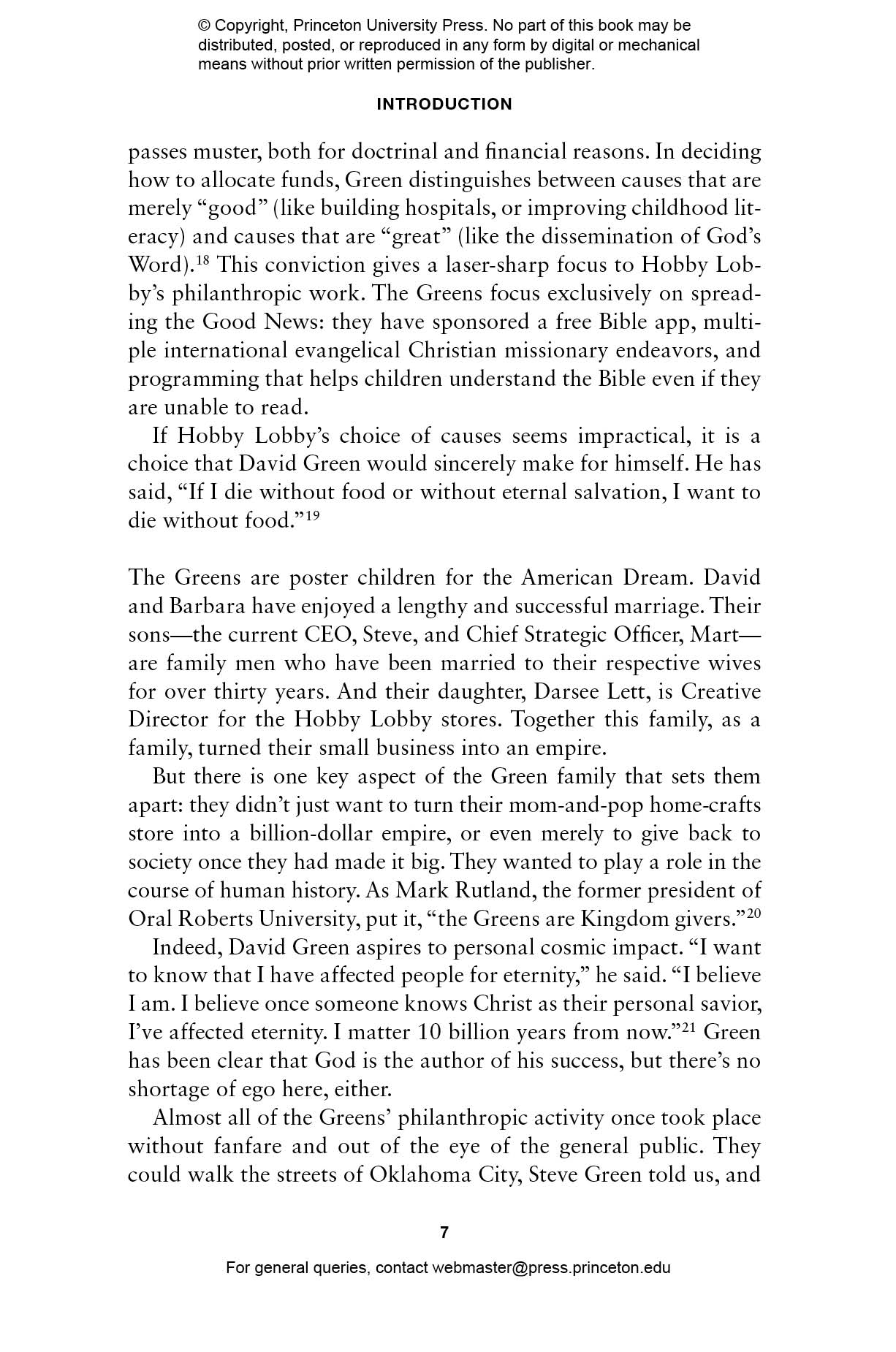 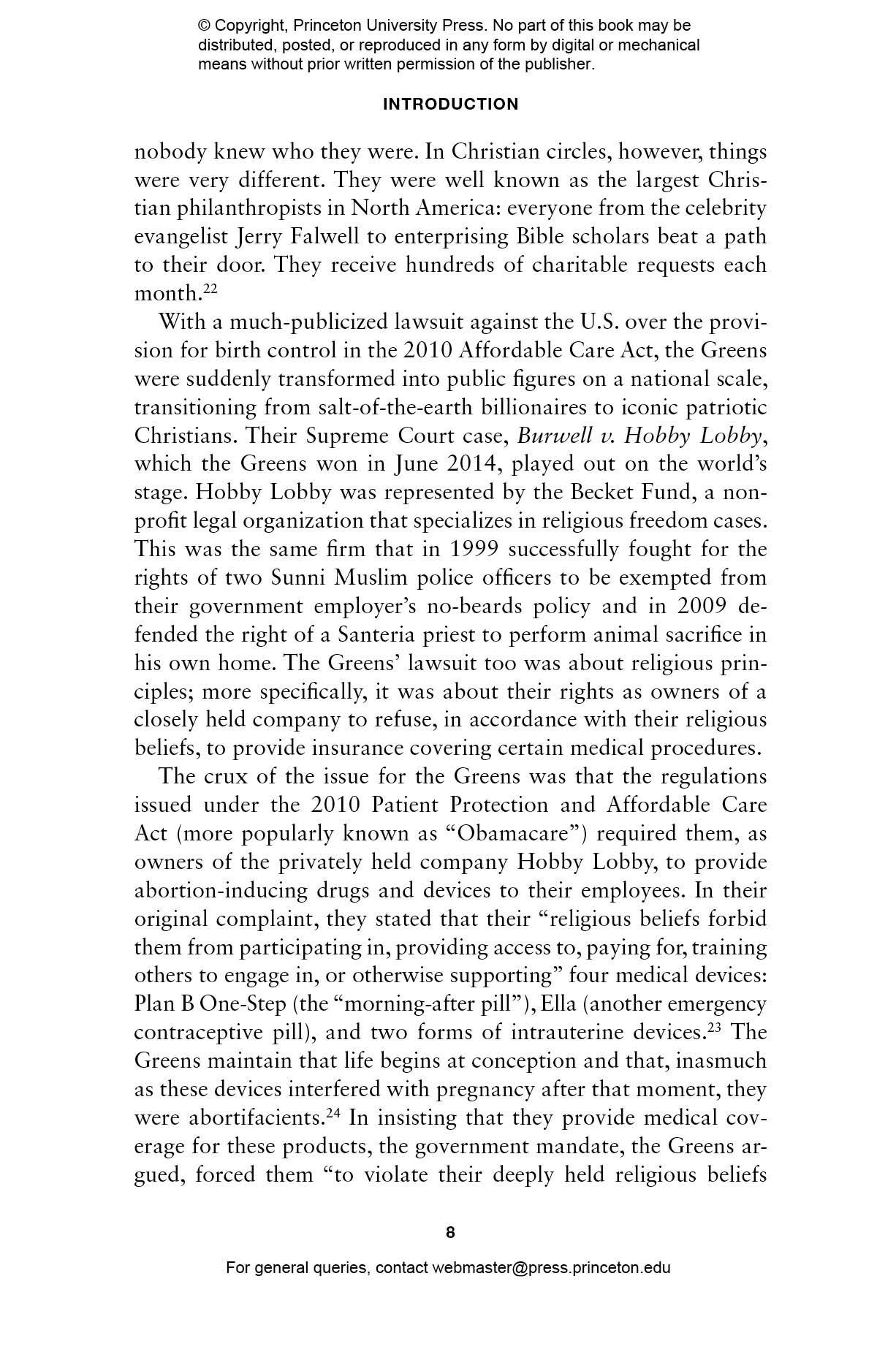 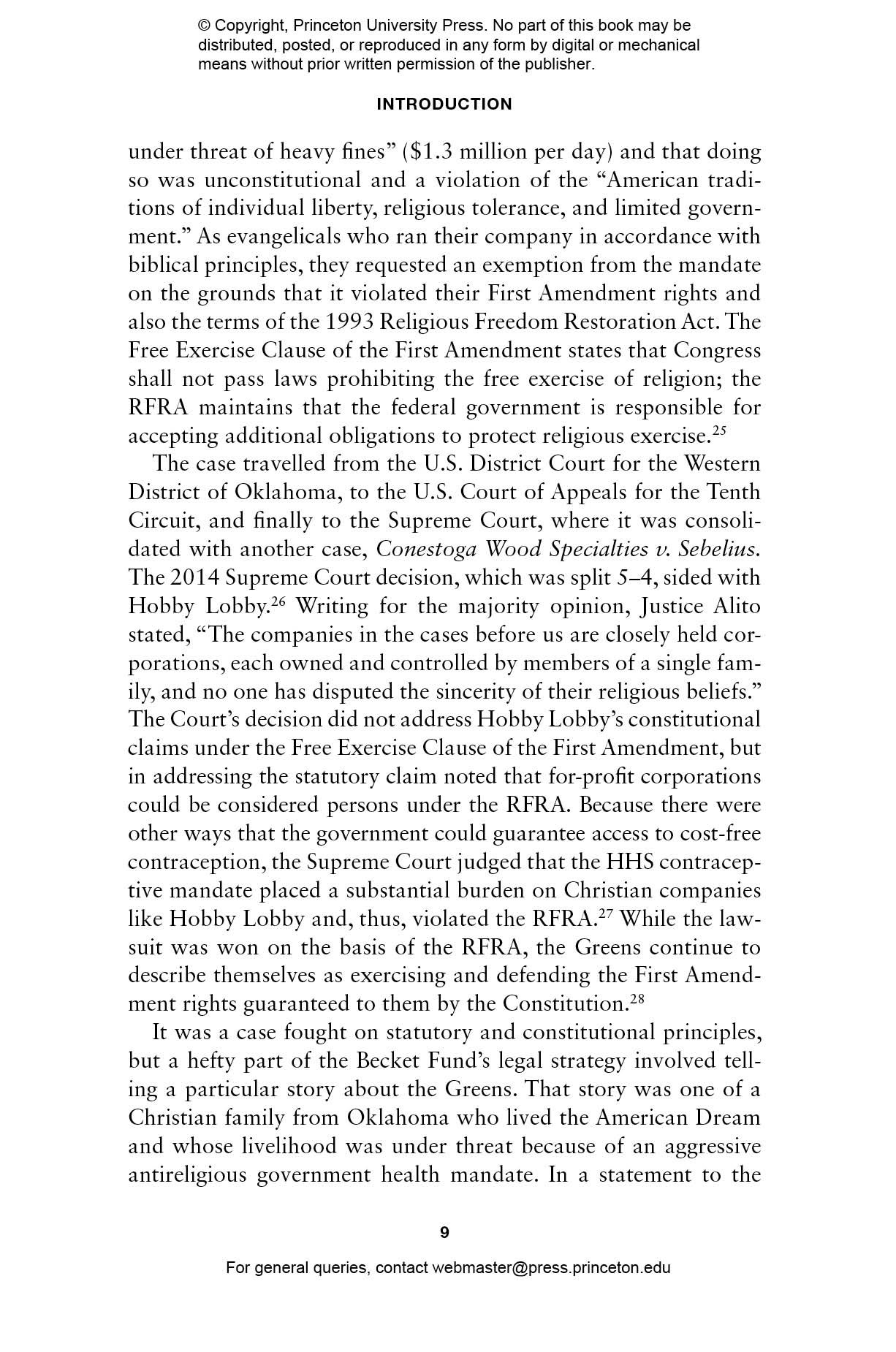 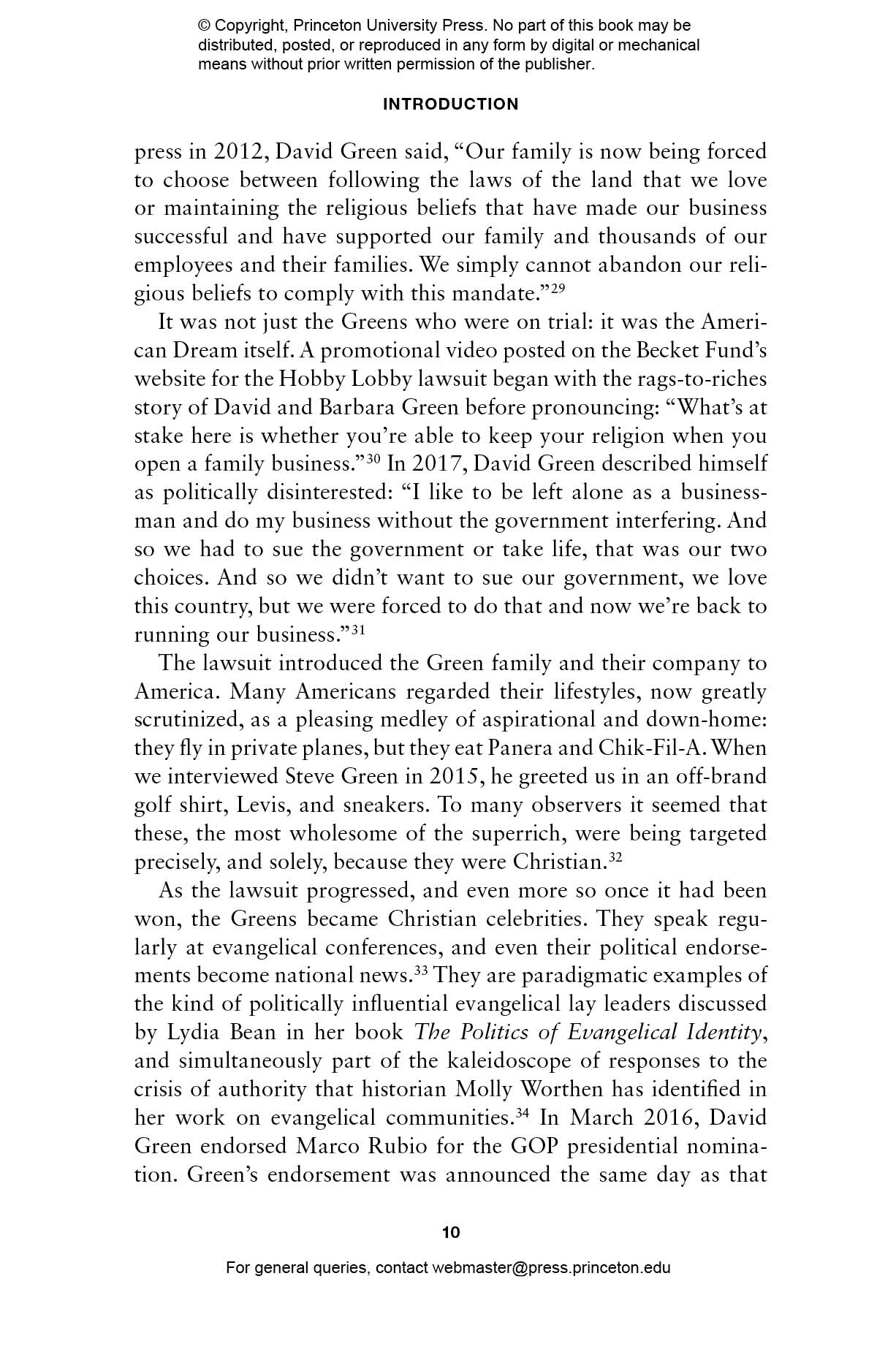 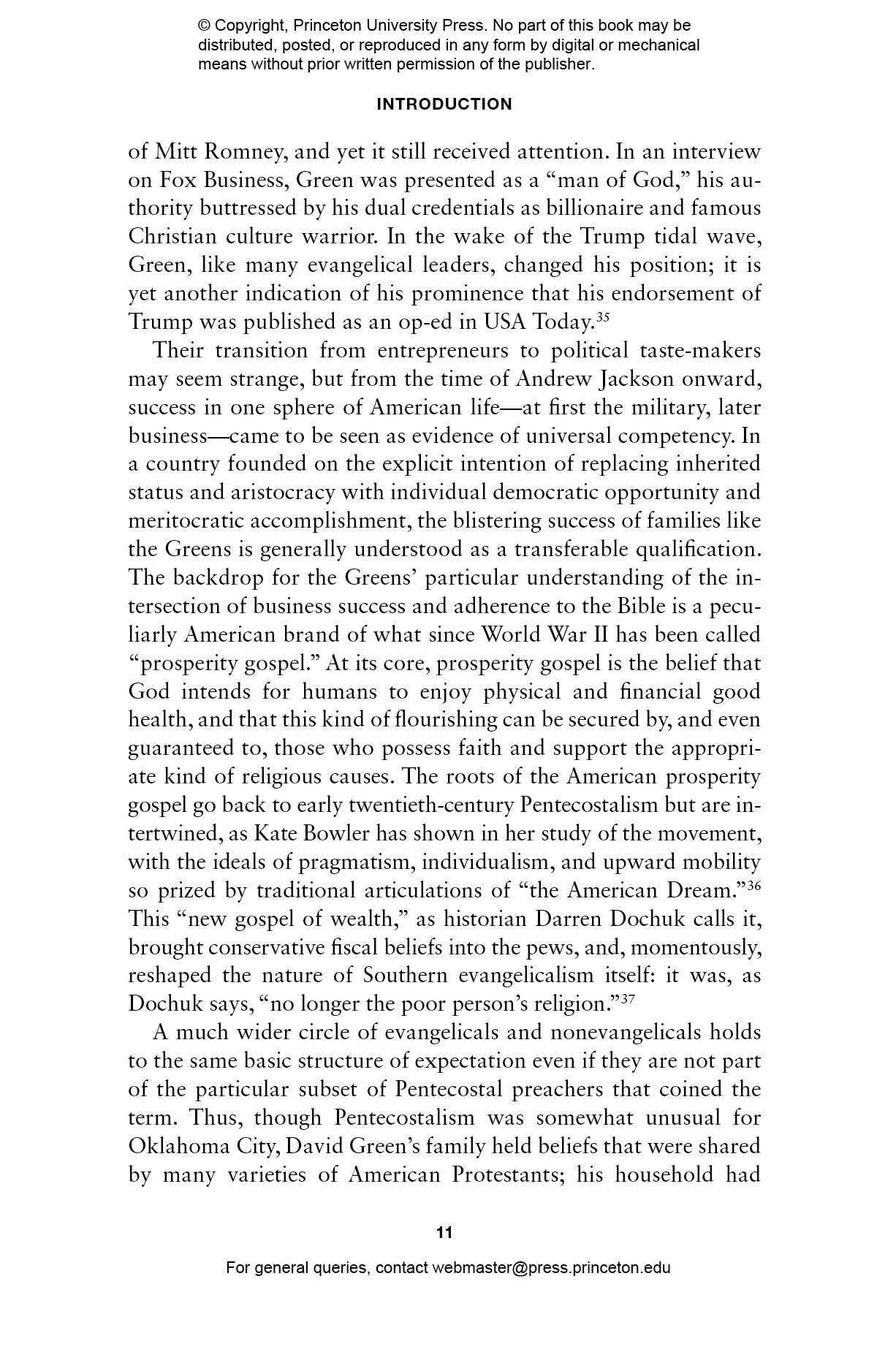 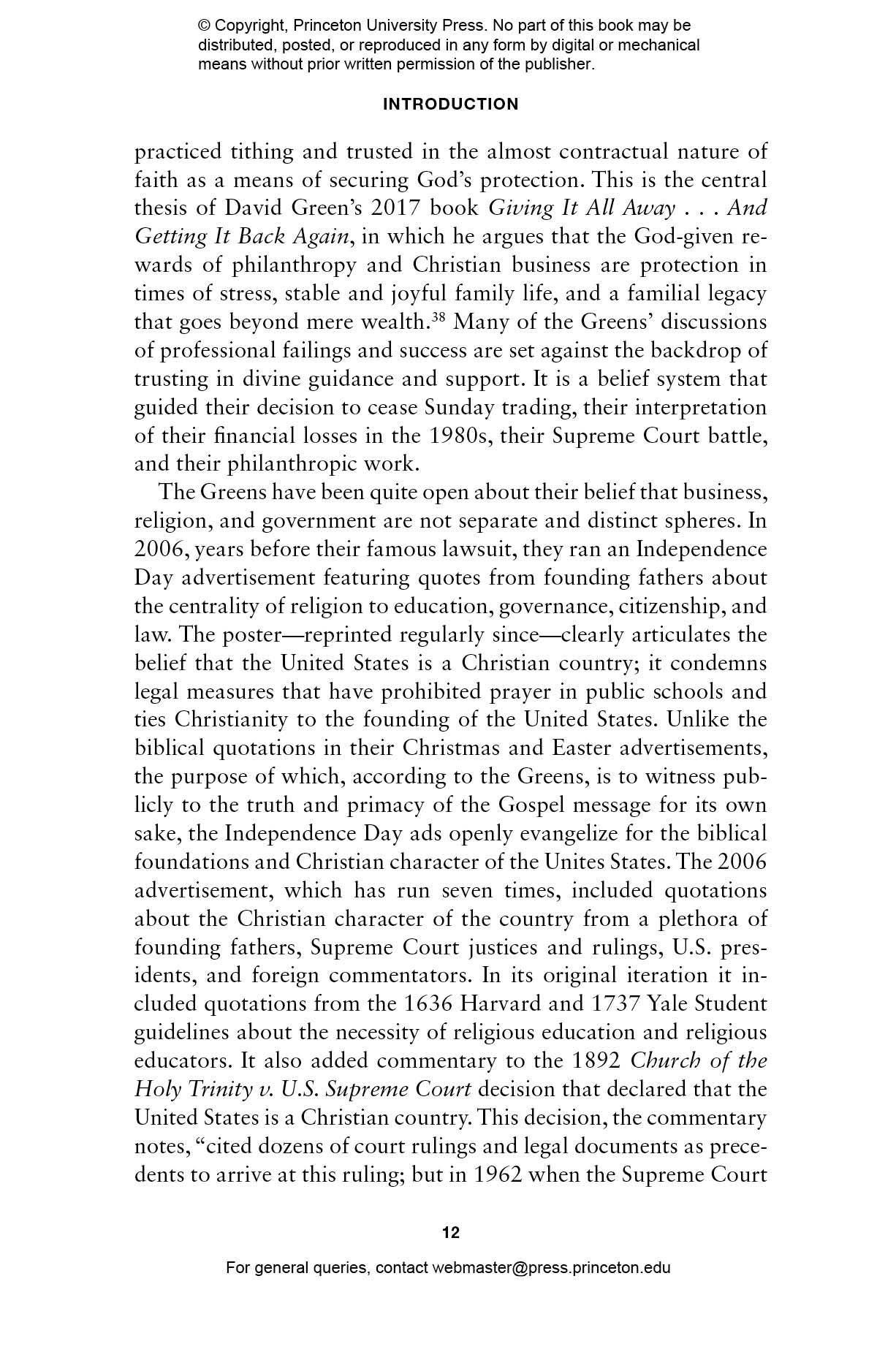 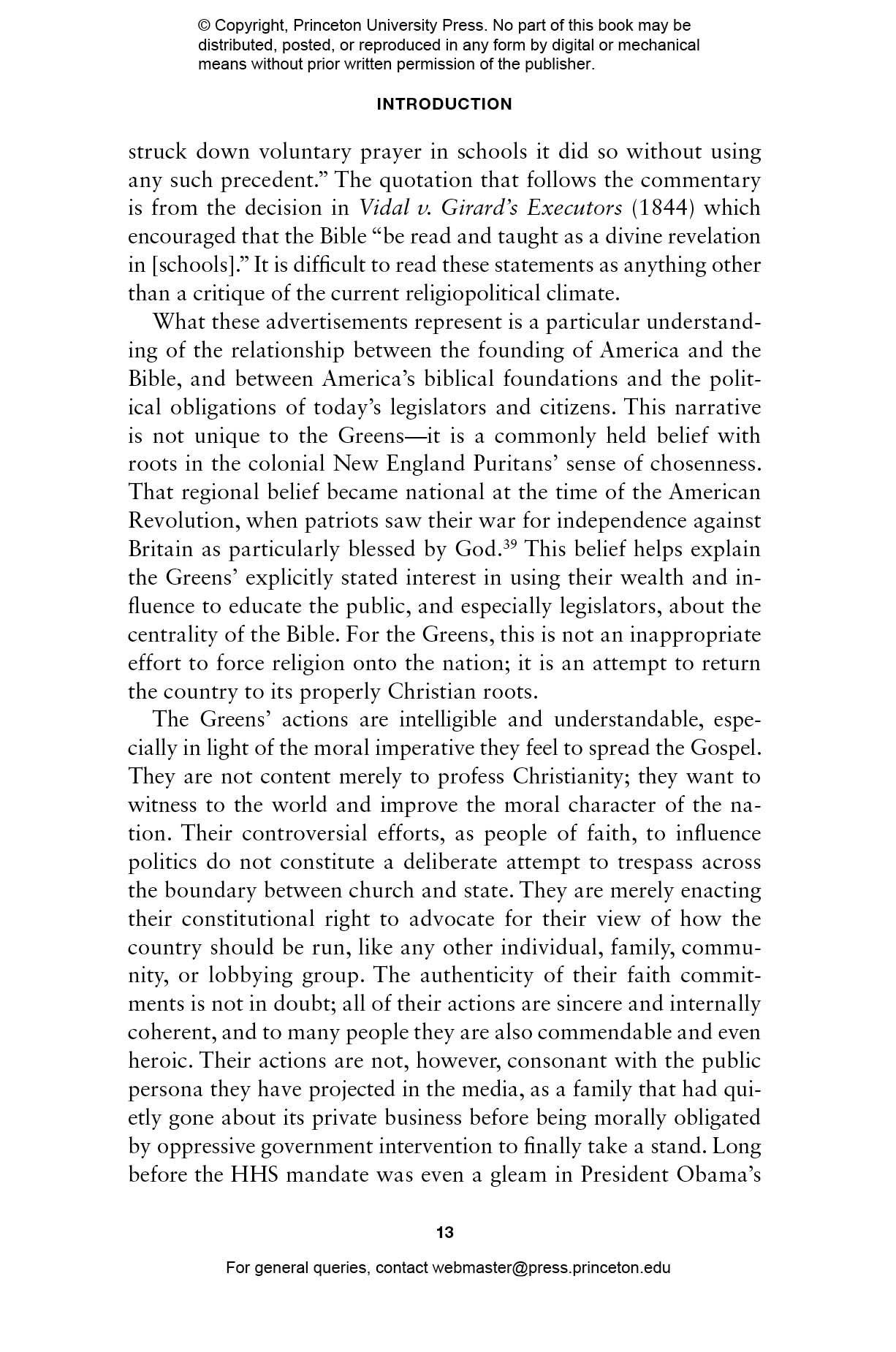 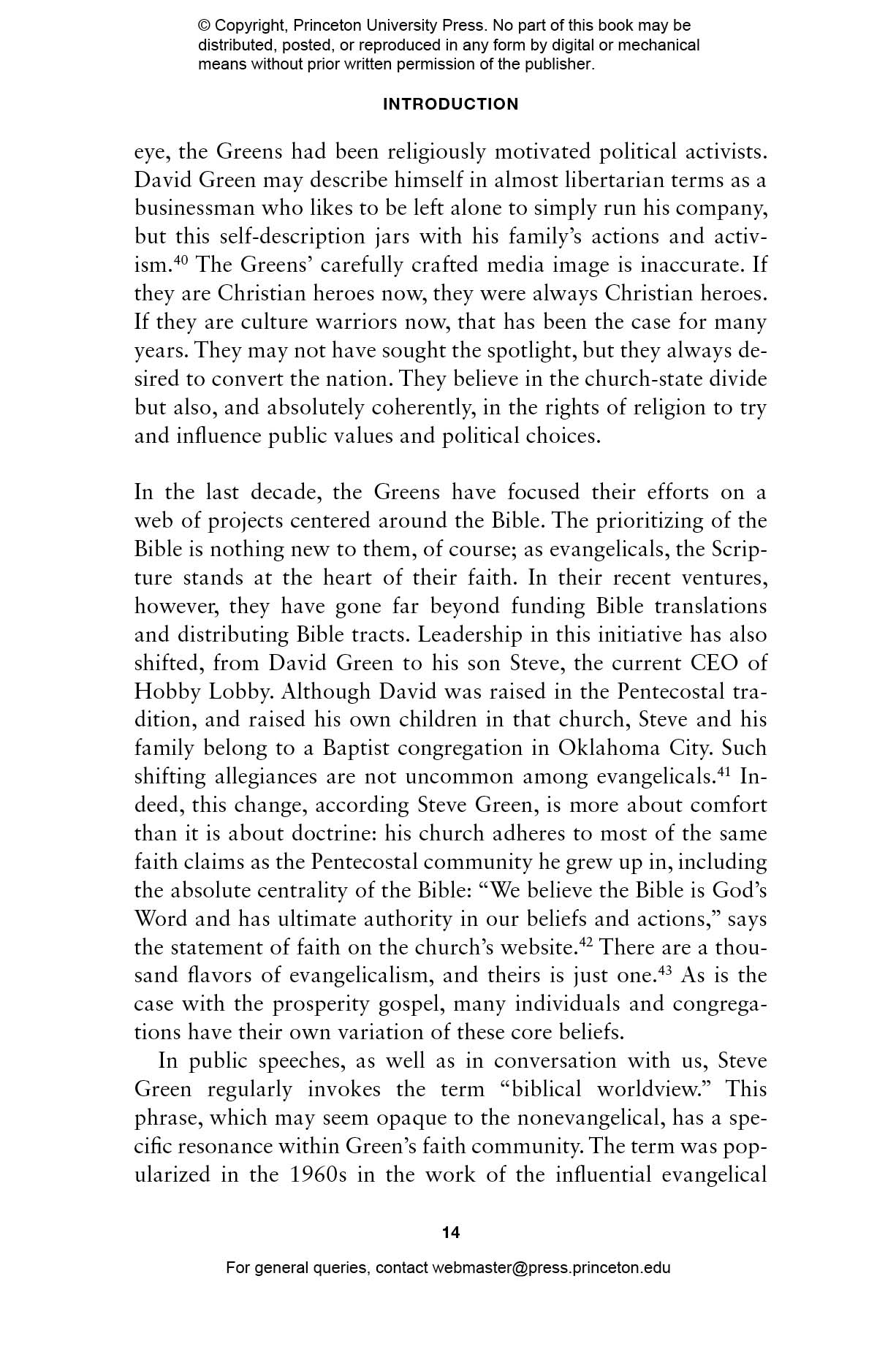 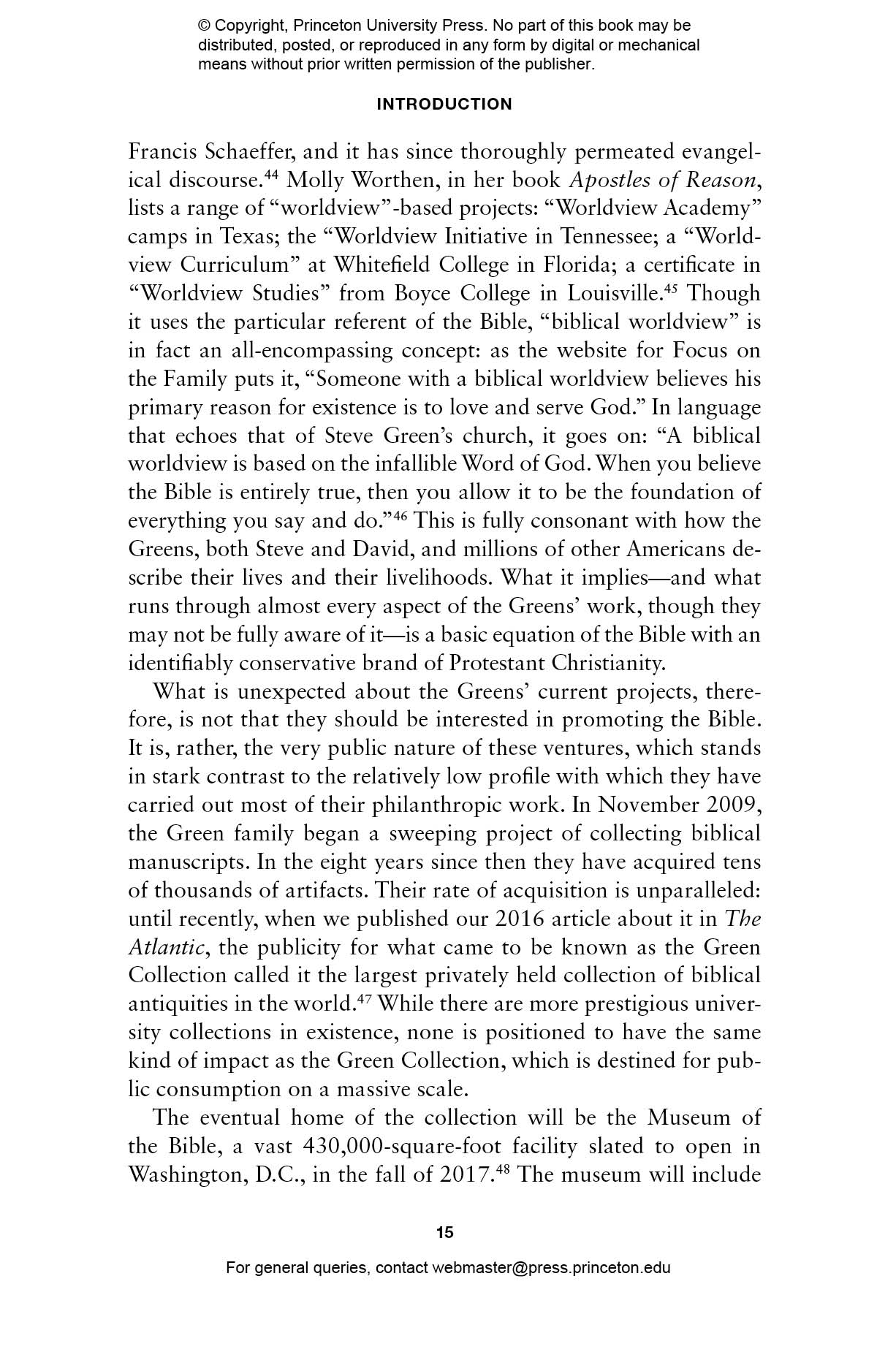 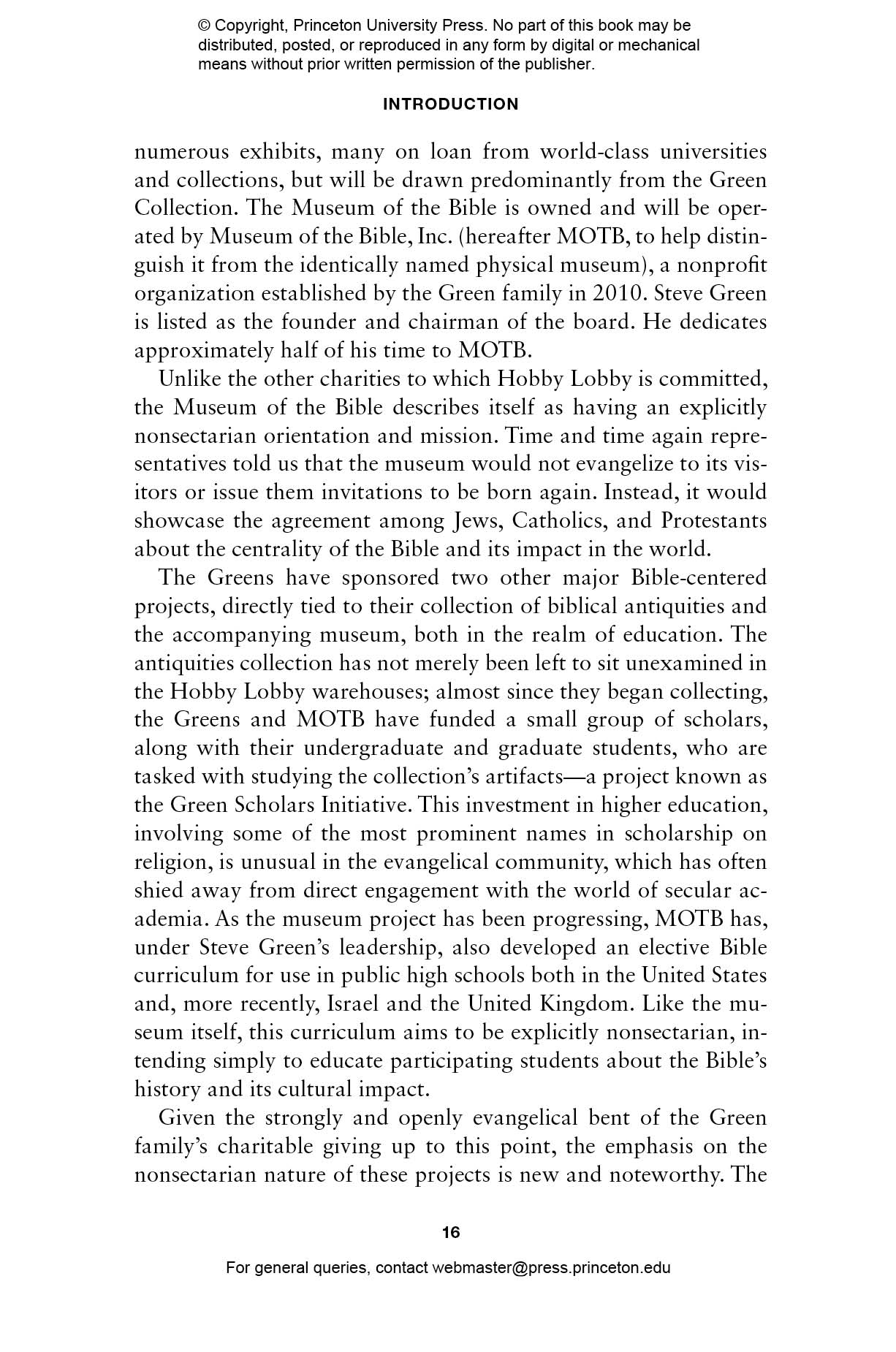 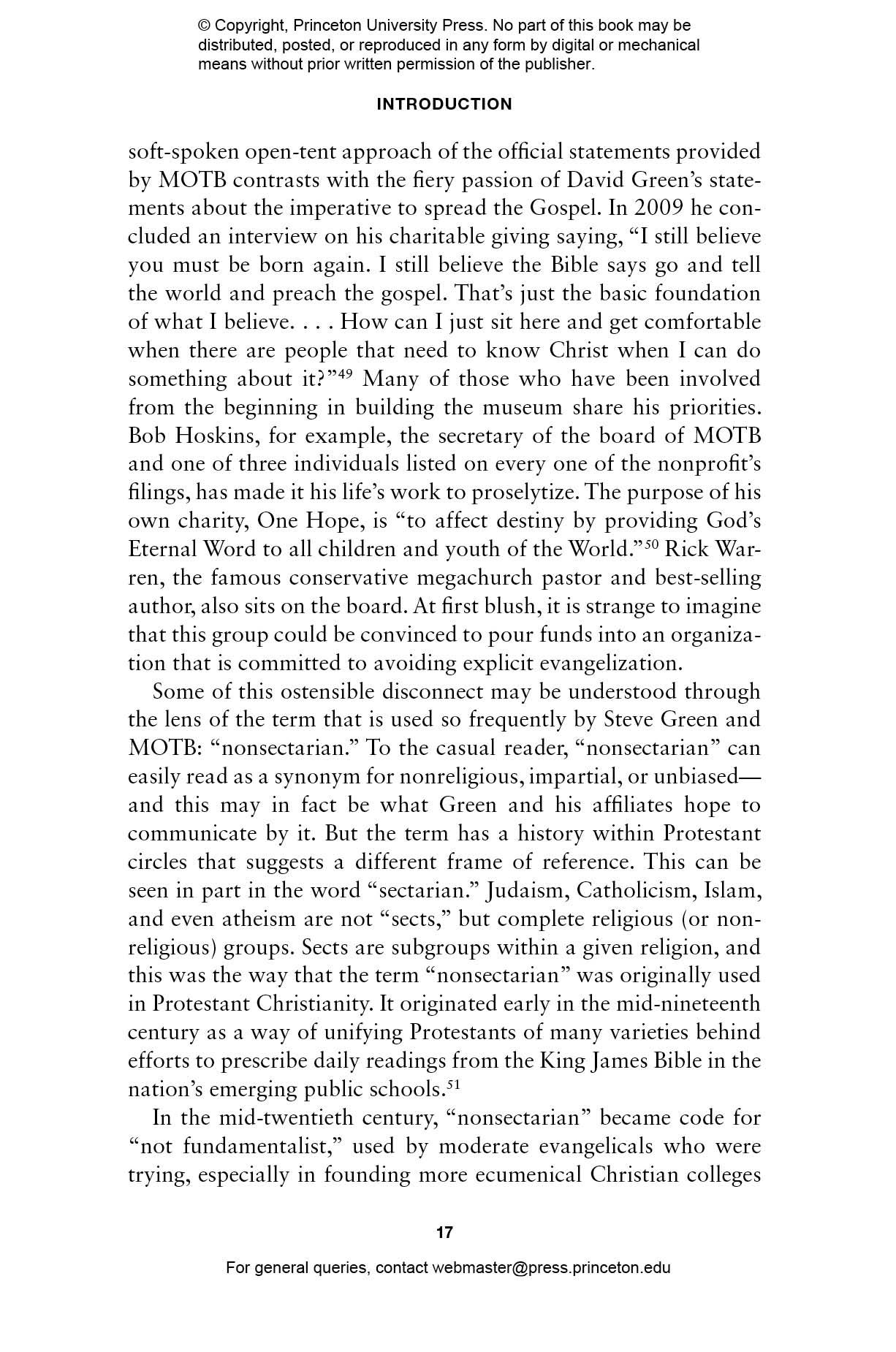 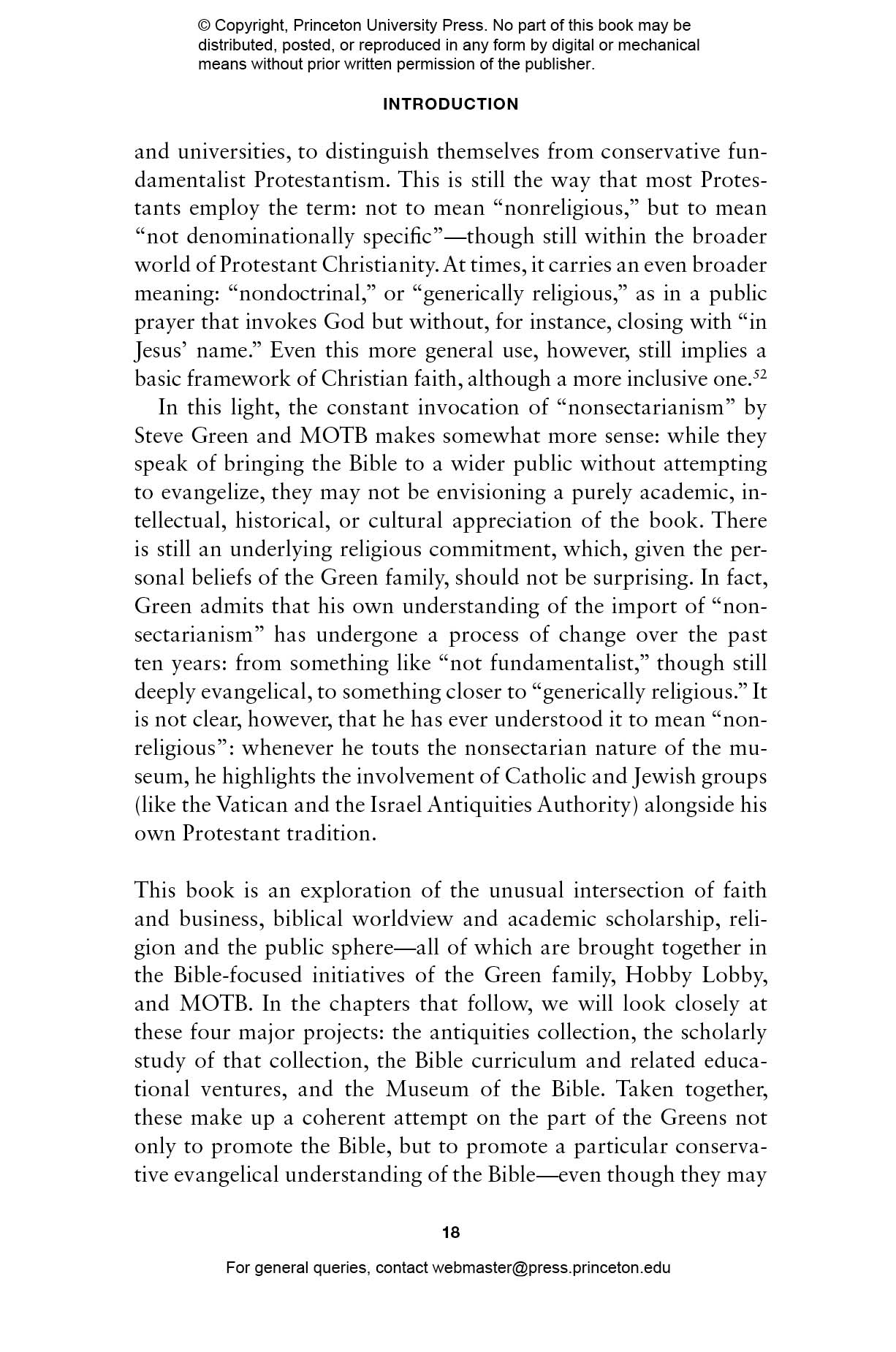 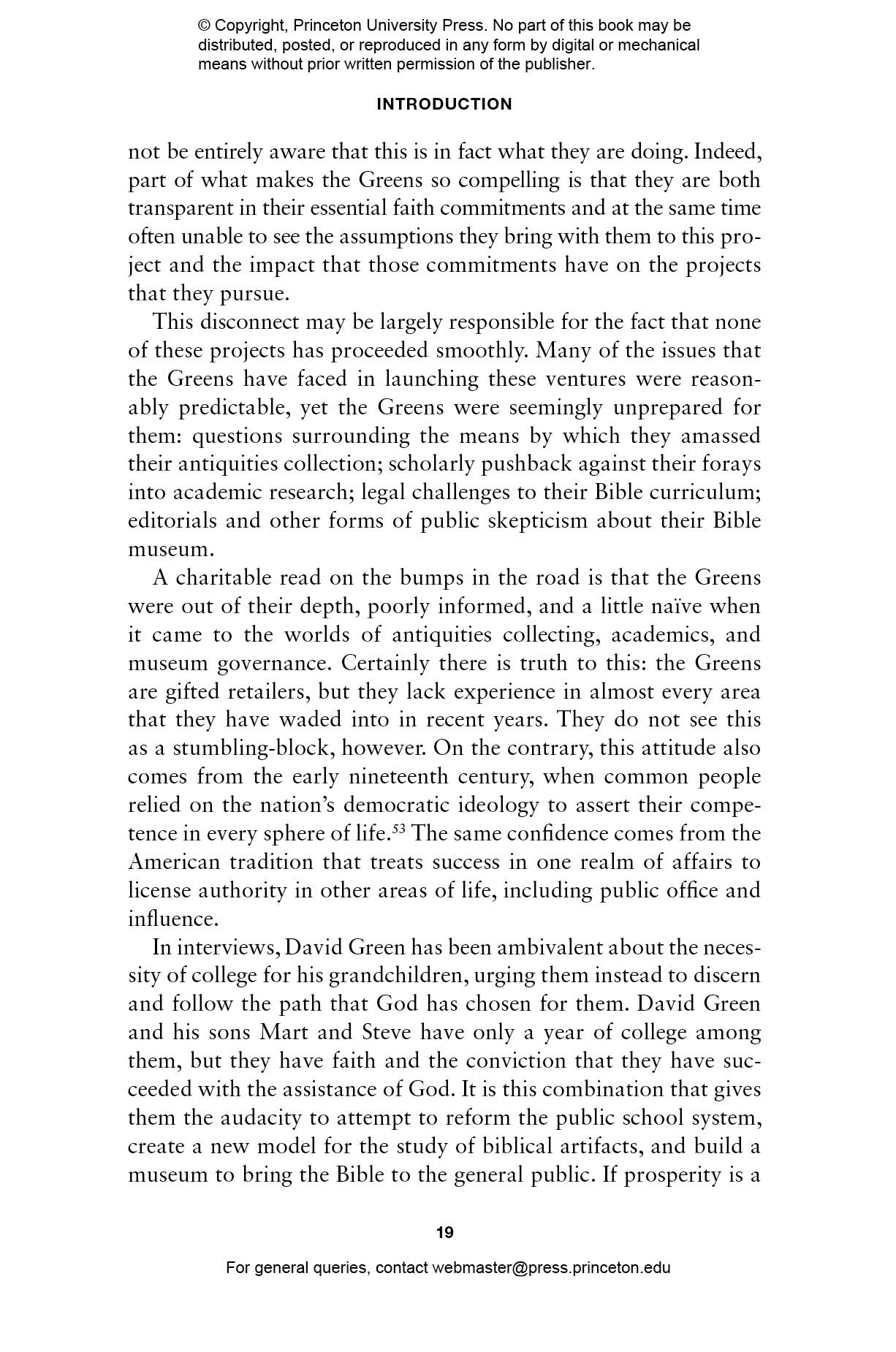 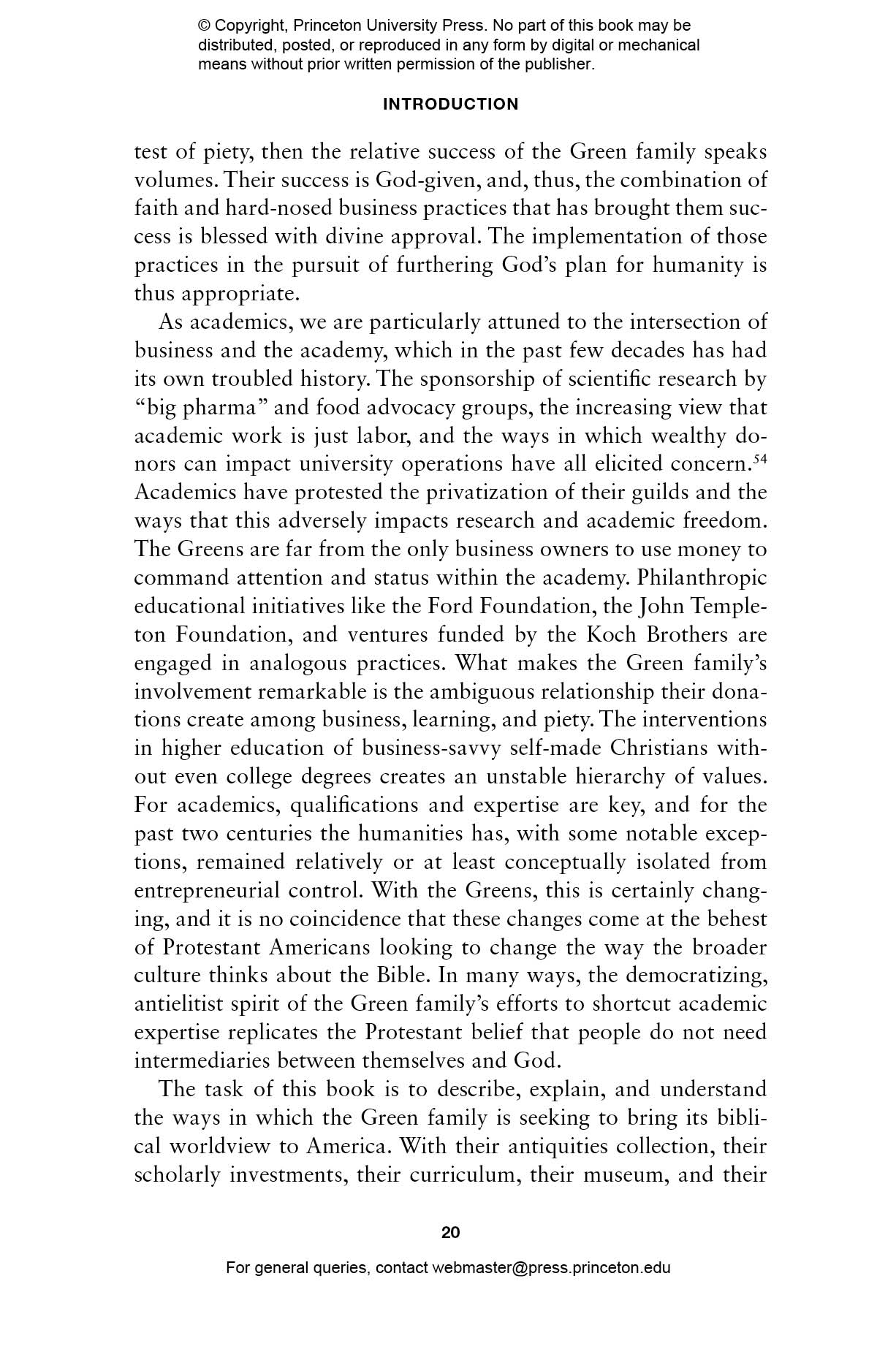 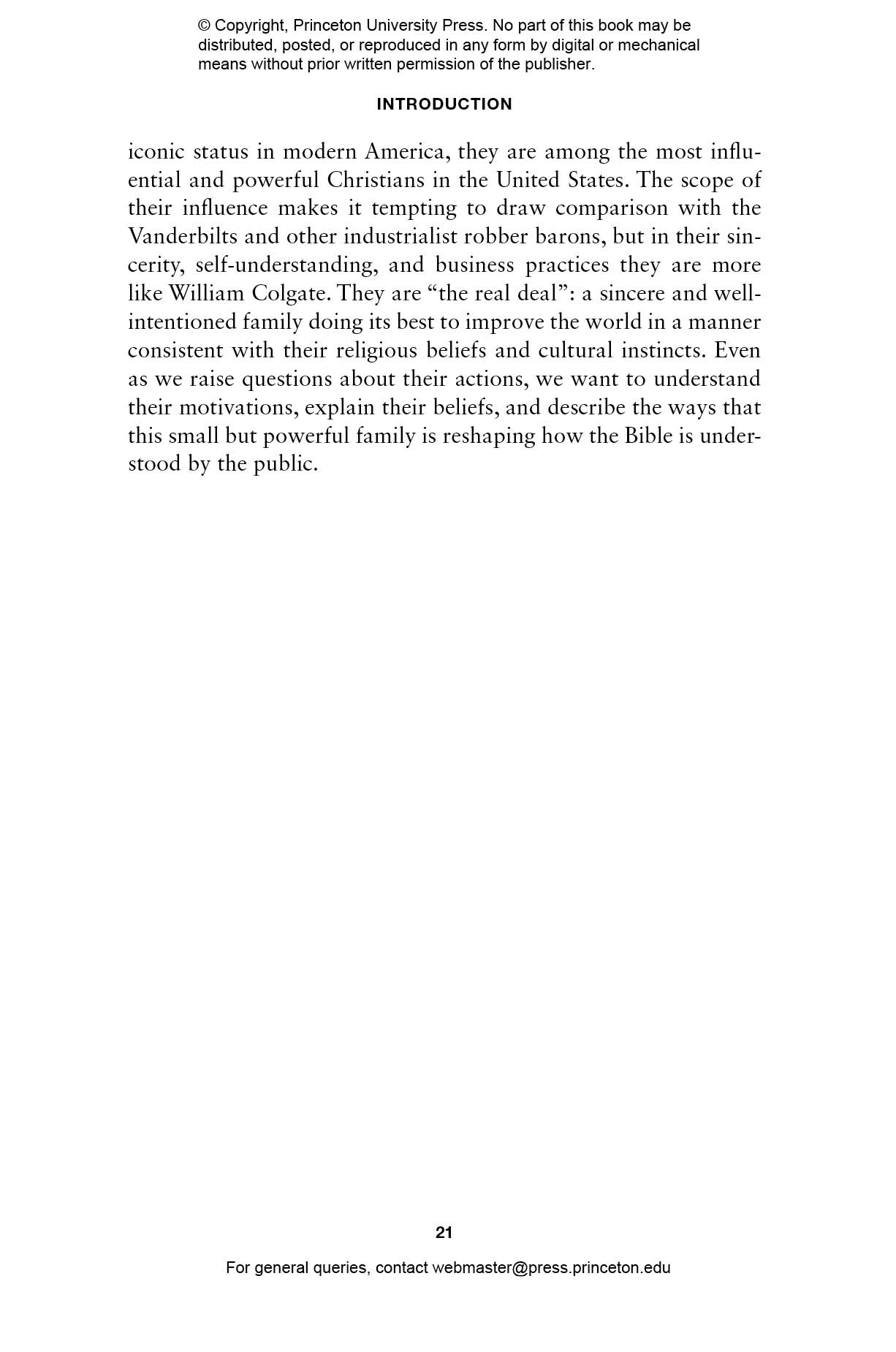 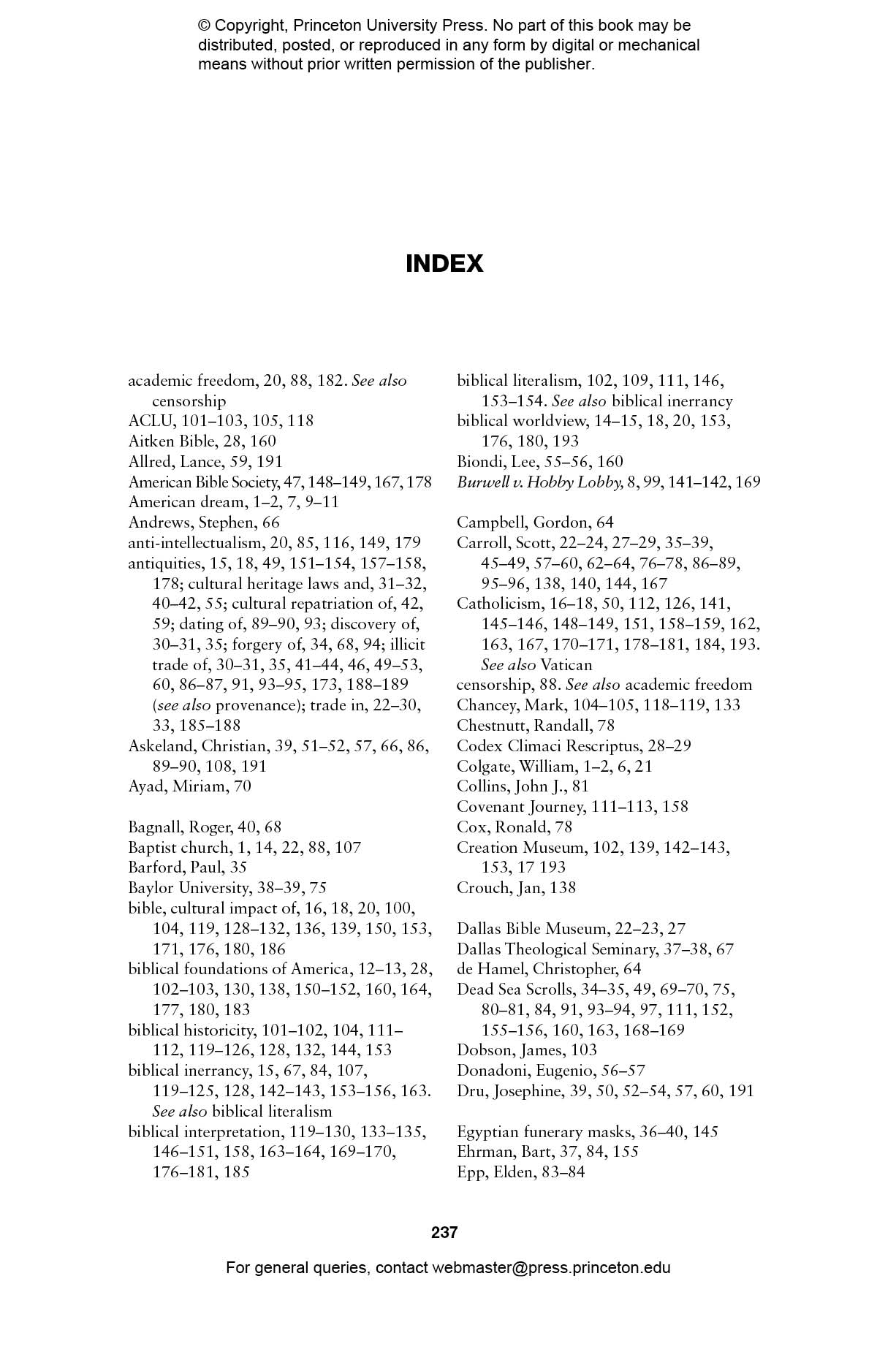 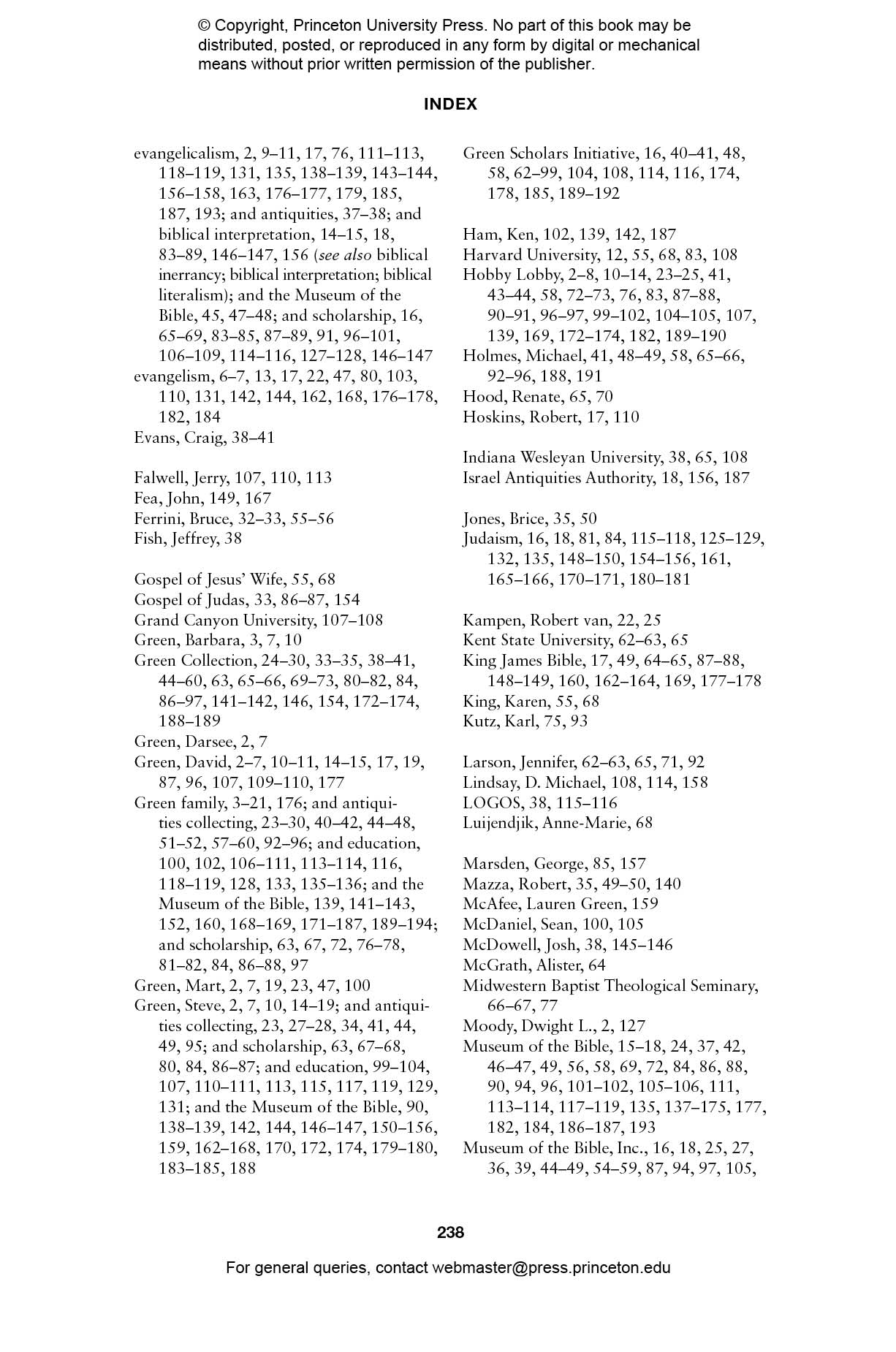 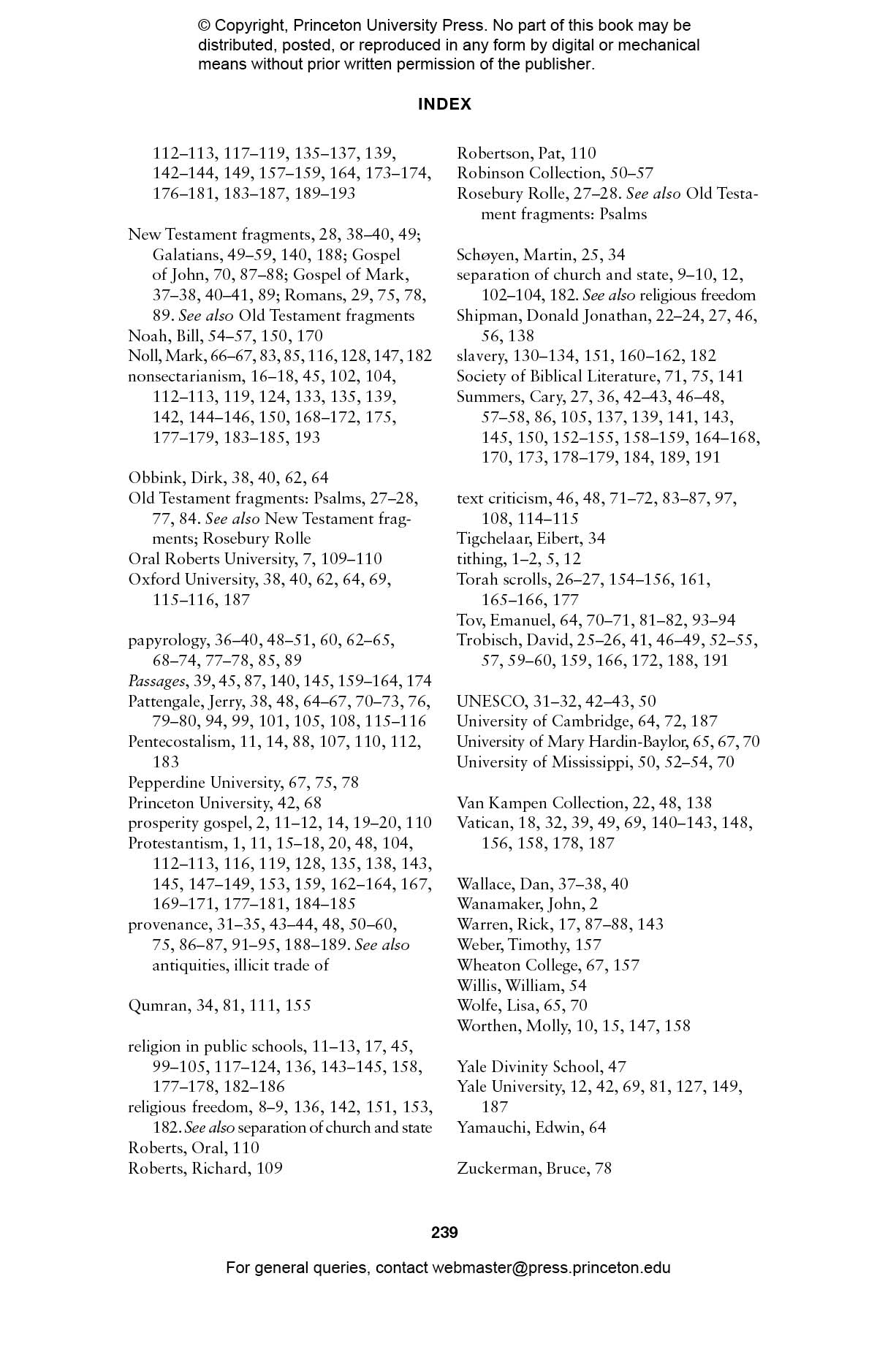 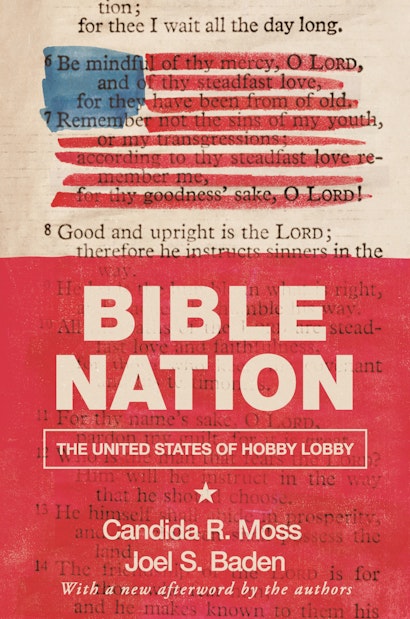 The Greens of Oklahoma City—the billionaire owners of the Hobby Lobby chain of craft stores—are spending hundreds of millions of dollars in an ambitious effort to increase the Bible’s influence on American society. In Bible Nation, Candida Moss and Joel Baden provide the first in-depth investigative account of the Greens’ sweeping Bible projects. Moss and Baden tell the story of the Greens’ efforts to place a Bible curriculum in public schools; their rapid acquisition of an unparalleled collection of biblical antiquities; their creation of a closely controlled group of scholars to study and promote the collection; and their construction of a $500 million Museum of the Bible in Washington, D.C. Revealing how all these initiatives promote a very particular set of beliefs about the Bible, the book raises serious questions about the trade in biblical antiquities, the integrity of academic research, and the place of private belief in public life.

Candida R. Moss is the Edward Cadbury Professor of Theology at the University of Birmingham. Joel S. Baden is professor of Hebrew Bible at Yale Divinity School. 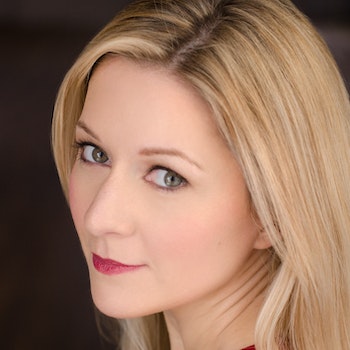 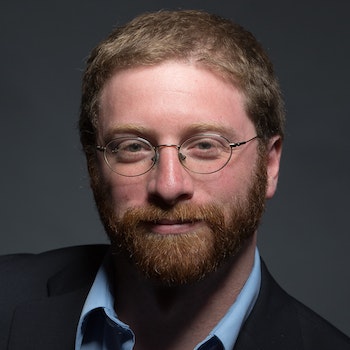 “An essential, unsettling and often shocking account. . . . [A] remarkable fusion of biblical studies and investigative journalism. . . . Moss and Baden uncover many alarming details about the Greens' acquisitions and the scholars they have paid to study them.”—Sarah Posner, Washington Post

“Exhaustively reported and scrupulously fair, Bible Nation doubles as a portrait of conviction: The Greens may well be the most sincere and most-frequently misguided activists in America.”—Sarah Jones, New Republic

“Bible Nation is a geek’s delight, seasoned with the historical skulduggery and theological debate found in a Dan Brown novel or an Indiana Jones film.”—Hamilton Cain, Minneapolis Star Tribune

“A timely read for those interested in the relationship between money, faith, and American politics.”—Publishers Weekly

“A troubling look into how a personal belief system can infiltrate seemingly public institutions through corporate means.”—Library Journal