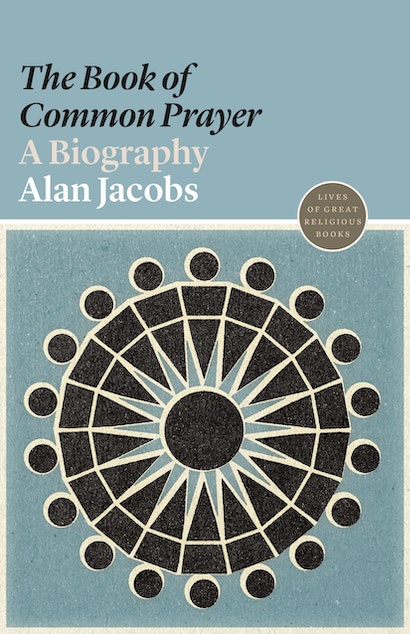 While many of us are familiar with such famous words as “Dearly beloved, we are gathered together here…” or “Ashes to ashes, dust to dust,” we may not know that they originated in The Book of Common Prayer, which first appeared in 1549. Like the words of the King James Bible and Shakespeare, the language of this prayer book has saturated English culture and letters. Here Alan Jacobs tells its story. He shows how The Book of Common Prayer—from its beginnings as a means of social and political control in the England of Henry VIII to its worldwide presence today—became a venerable work whose cadences express the heart of religious life for millions.

Alan Jacobs is Distinguished Professor of the Humanities in the Honors Program at Baylor University. His books include Original Sin: A Cultural History.

“One could not wish for a more engaging introduction to the history of the Prayer Book. . . . [A] triumph of compression and lucidity.”—David Martin, Church Times

“A beautifully lucid introduction to the origins and use of one of the most significant religious texts in the English-speaking world. Alan Jacobs helps us to understand not only the book but also the Christian sensibility of the whole Anglican tradition and the culture it nourished.”—Dr. Rowan Williams, Magdalene College, University of Cambridge

“The Book of Common Prayer, often thought of as a source of Anglican stability, has led an interesting life of many changes. Jacobs tracks them all like a shrewd detective.”—Garry Wills, author of What the Gospels Meant