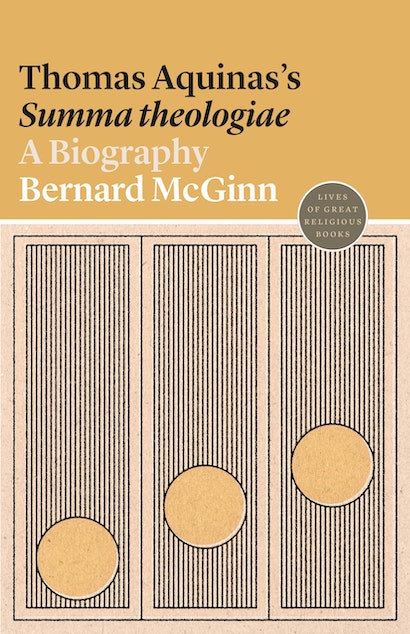 Thomas Aquinas’s Summa theologiae holds a unique place in Western religion and philosophy. Written between 1266 and 1273, it was conceived by Aquinas as an instructional guide for teachers and novices and a compendium of all the approved teachings of the Catholic Church. It synthesizes an astonishing range of scholarship, covering hundreds of topics and containing more than a million and a half words—and was still unfinished at the time of Aquinas’s death. Bernard McGinn, one of today’s most acclaimed scholars of medieval Christianity, traces the remarkable life of this iconic work, examining Aquinas’s reasons for writing it, its subject matter, and the novel way he organized it. McGinn looks at the influence of Aquinas’s masterpiece on such giants of medieval Christendom as Meister Eckhart, its ridicule during the Enlightenment, the role of the Summa in the post–Vatican II church, and the book’s enduring relevance today.

Bernard McGinn is the Naomi Shenstone Donnelley Professor Emeritus of Historical Theology and of the History of Christianity at the Divinity School at the University of Chicago. His many books include Antichrist: Two Thousand Years of the Human Fascination with Evil.

“Introductions to Aquinas abound, but few manage so succinctly to introduce the reader not only to the person and his work, but also to the enduring influence of Aquinas.”—Alban McCoy, The Tablet

“McGinn’s gift is his effort to bring some of the original warmth back into the Summa, first by making it the subject of a biography, reminding us that this great work has had a life of its own.”—Alden Lee Bass, Englewood Review of Books

“A delight to read. . . . One of the best introductions to Aquinas available.”—Rik Van Nieuwenhove, Horizons