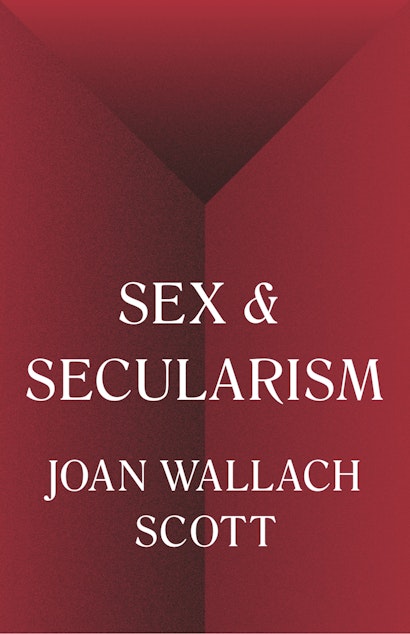 Joan Wallach Scott’s acclaimed writings have been foundational for the field of gender history. With Sex and Secularism, she challenges one of the central claims of the “clash of civilizations” polemic—that secularism guarantees gender equality. Drawing on a wealth of scholarship, Scott shows that the gender equality invoked today as an enduring principle was not originally associated with the term “secularism” when it first entered the nineteenth-century lexicon. In fact, the inequality of the sexes was fundamental to the separation of church and state that inaugurated Western modernity. Scott reveals how the assertion that secularism has been synonymous with equality between the sexes has distracted our attention from difficulties related to gender difference—ones shared by Western and non-Western cultures alike.

Joan Wallach Scott is professor emerita in the School of Social Science at the Institute for Advanced Study and adjunct professor of history at the Graduate Center of the City University of New York. Her many books include the classic Gender and the Politics of History, The Politics of the Veil (Princeton), and Knowledge, Power, and Academic Freedom.

"Bracing and illuminating reflections on a whole culture of oppression that ought to have been exposed much earlier."—Pankaj Mishra, The Guardian

"Scott’s ardent and principled opposition to the prejudice and hostility expressed towards Islam . . . is timely and necessary."—Rajeswari Sunder Rajan, Times Literary Supplement

"Scott’s message is no doubt timely in light of the powerful effect of the #MeToo campaign, which should give anyone pause before boasting about the superior treatment of women in the secular west."—Daniel Steinmetz-Jenkins, The Guardian

"Scott wants to draw attention to the long history of conflict whitewashed by the assertion that feminism and secularism are naturally aligned."—Namara Smith, Bookforum