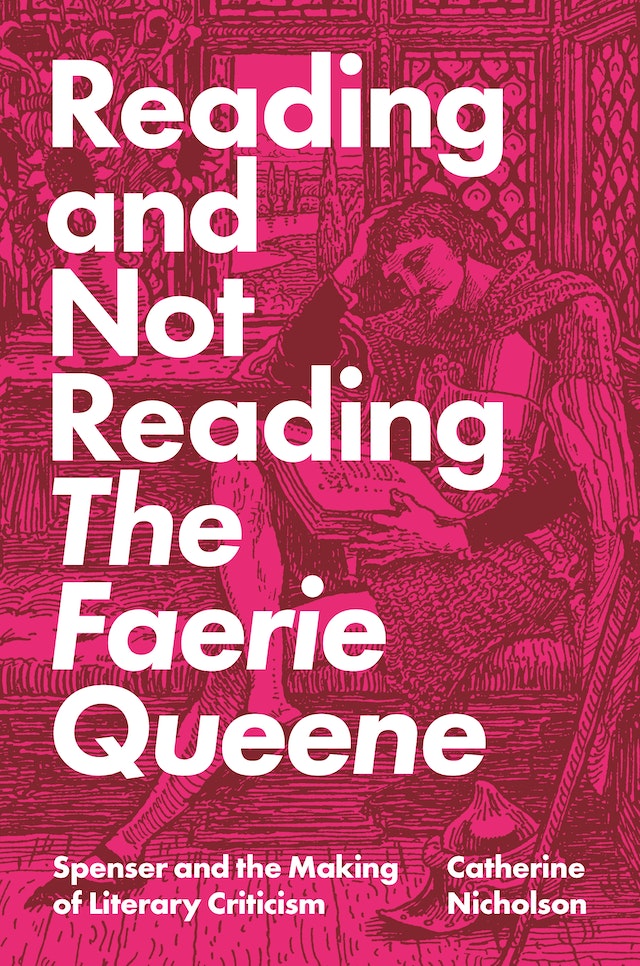 “I am now in the country, and reading in Spencer’s fairy-queen. Pray what is the matter with me?” The plaint of an anonymous reader in 1712 sounds with endearing frankness a note of consternation that resonates throughout The Faerie Queene’s reception history, from its first known reader, Spenser’s friend Gabriel Harvey, who urged him to write anything else instead, to Virginia Woolf, who insisted that if one wants to like the poem, “the first essential is, of course, not to read” it. For more than four centuries critics have sought to counter this strain of readerly resistance, but rather than trying to remedy the frustrations and failures of Spenser’s readers, Catherine Nicholson cherishes them as a sensitive barometer of shifts in the culture of reading itself.

Indeed, tracking the poem’s mixed fortunes in the hands of its bored, baffled, outraged, intoxicated, obsessive, and exhausted readers turns out to be an excellent way of rethinking the past and future prospects of literary study. By examining the responses of readers from Queen Elizabeth and the keepers of Renaissance commonplace books to nineteenth-century undergraduates, Victorian children, and modern scholars, this book offers a compelling new interpretation of the poem and an important new perspective on what it means to read, or not to read, a work of literature.

Catherine Nicholson is associate professor of English at Yale University and the author of Uncommon Tongues: Eloquence and Eccentricity in the English Renaissance.

"No English poem, of any era, is more preoccupied with how to read than The Faerie Queene. It is a paranoid master class in interpretation, alert to everything you think before you think it, a step ahead of any method, any school. Nicholson’s study shows the poem outwitting four centuries of its critics, and no critic alive today should miss its impossible lesson."—Jeff Dolven, Princeton University

"A tour de force of literary critique, Reading and Not Reading 'The Faerie Queene' promises to be a most important book not only for Spenser studies but for the study of literary criticism itself. It may well set the terms for future debate."—Maureen Quilligan, author of The Language of Allegory

"This is the most original and appealing book on Spenser in many years. With its historical range, it should be of considerable interest to anyone worried about the 'fate of reading'—or the fate of literary study."—David Lee Miller, editor of The Spenser Review