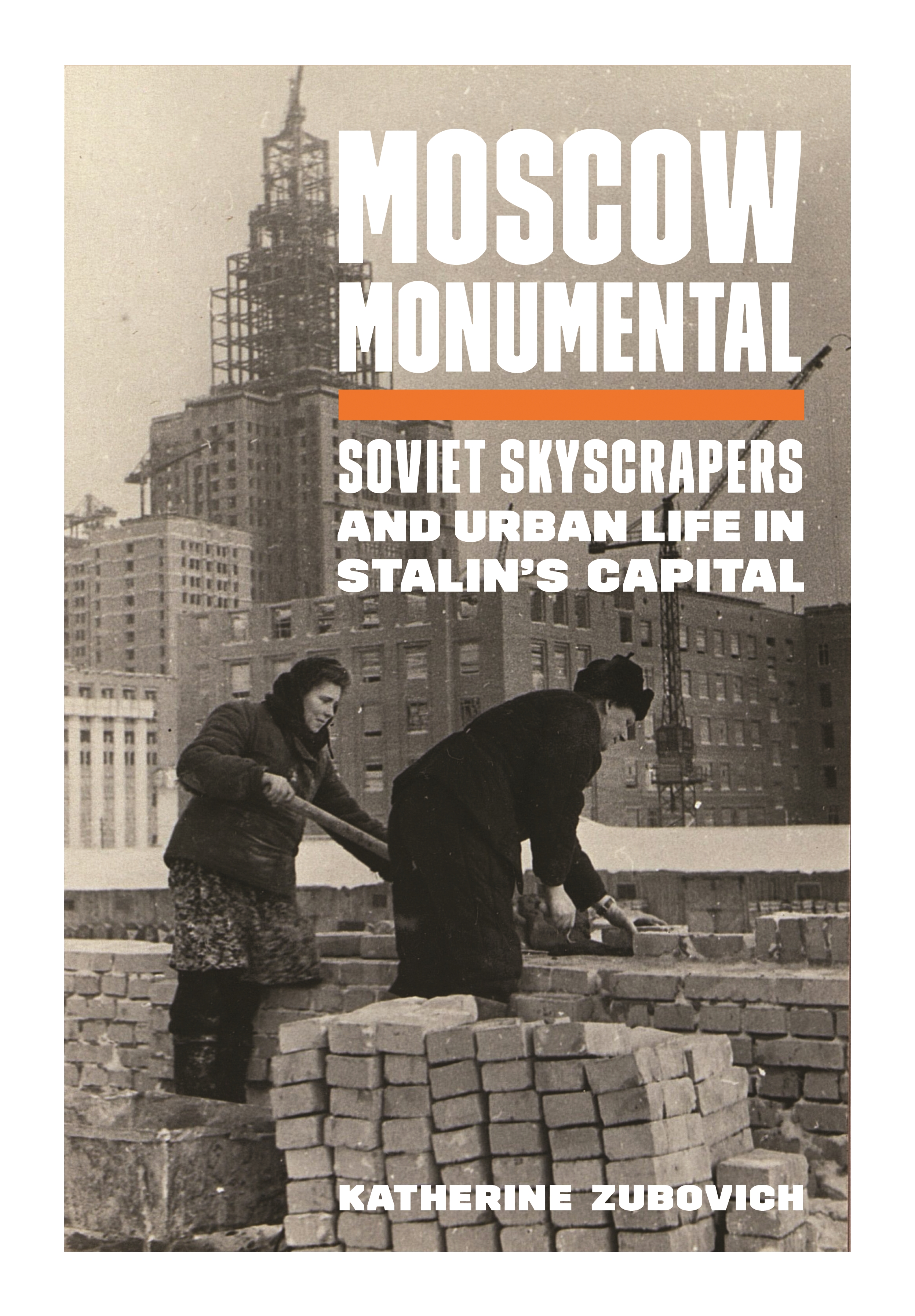 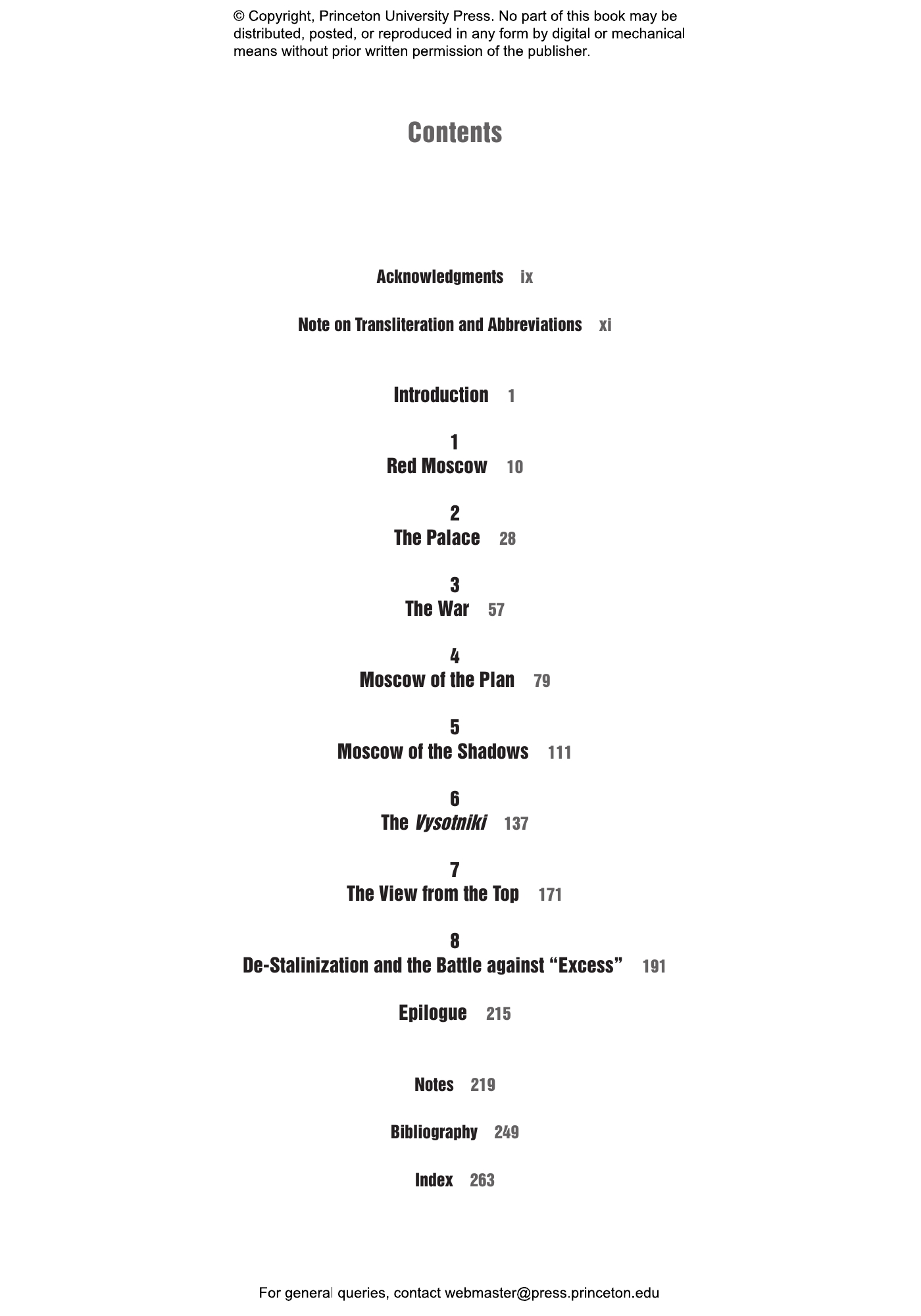 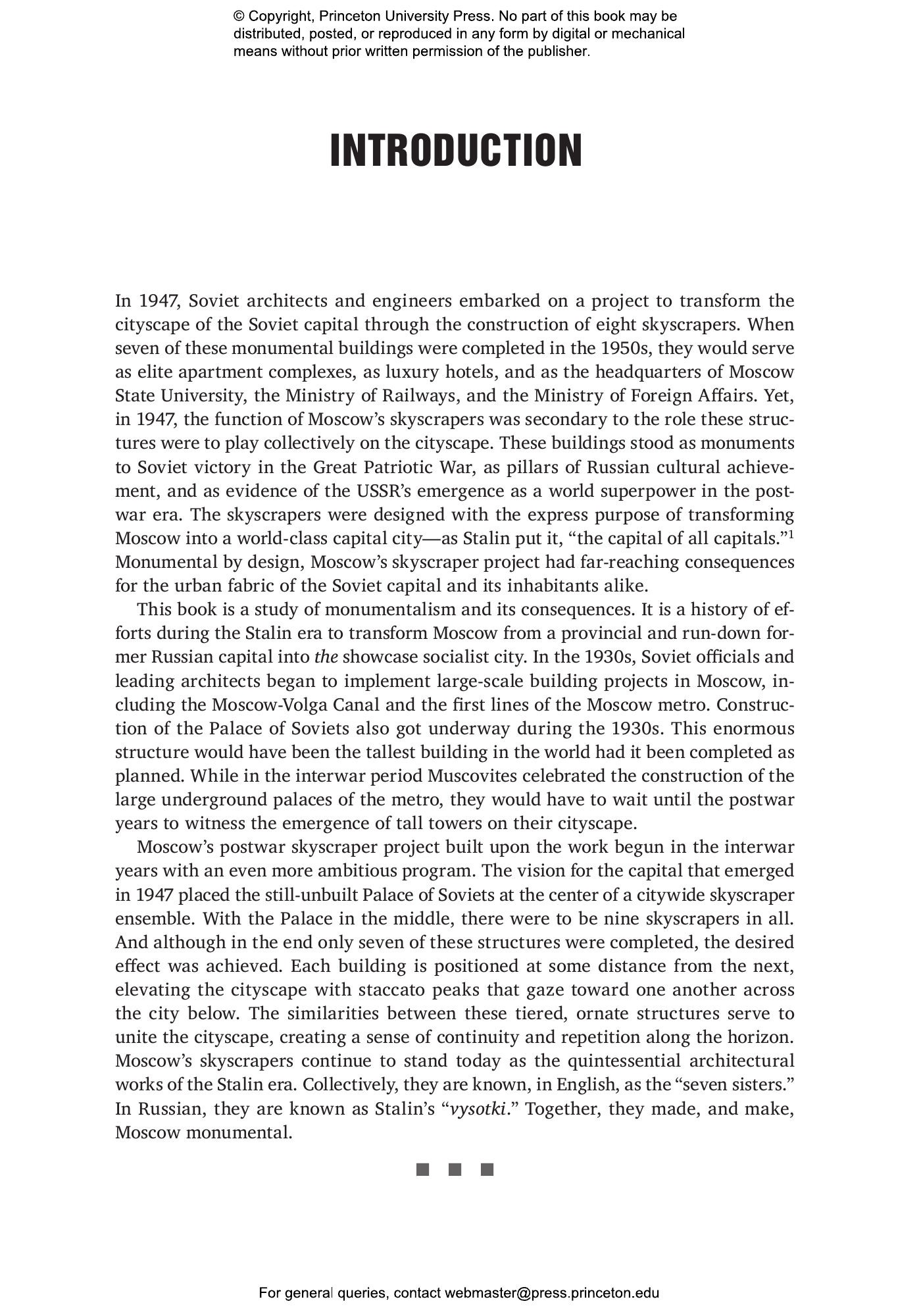 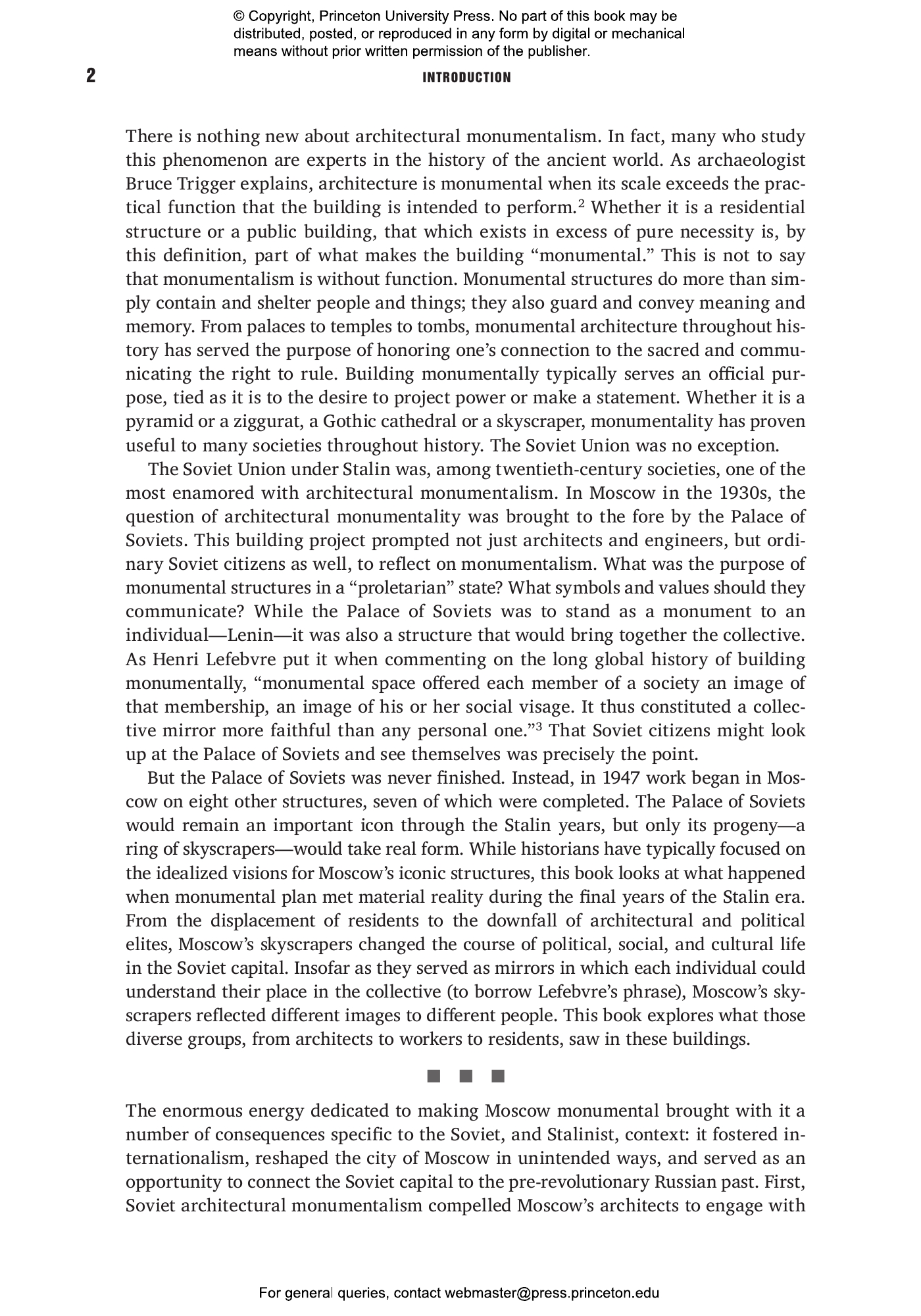 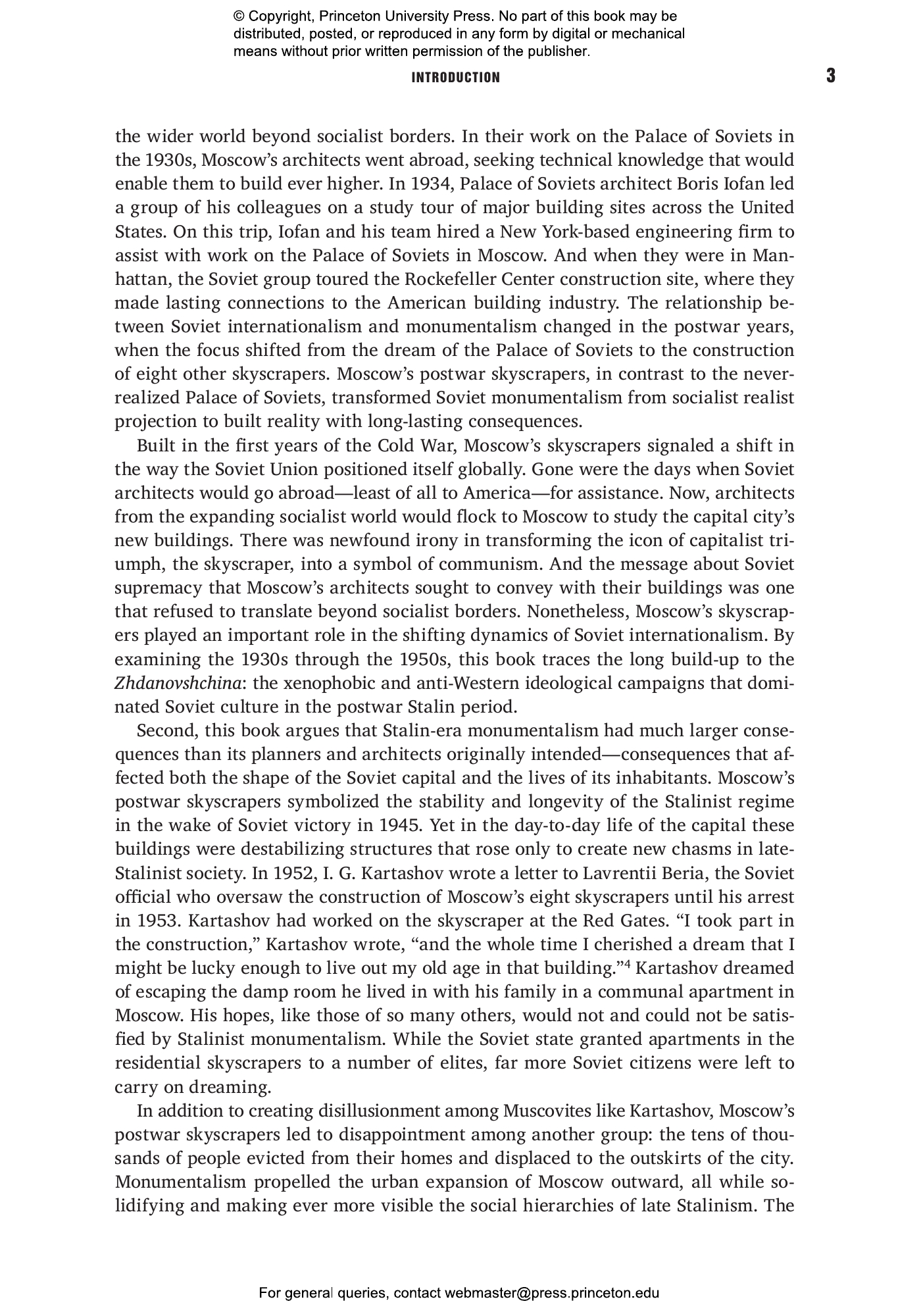 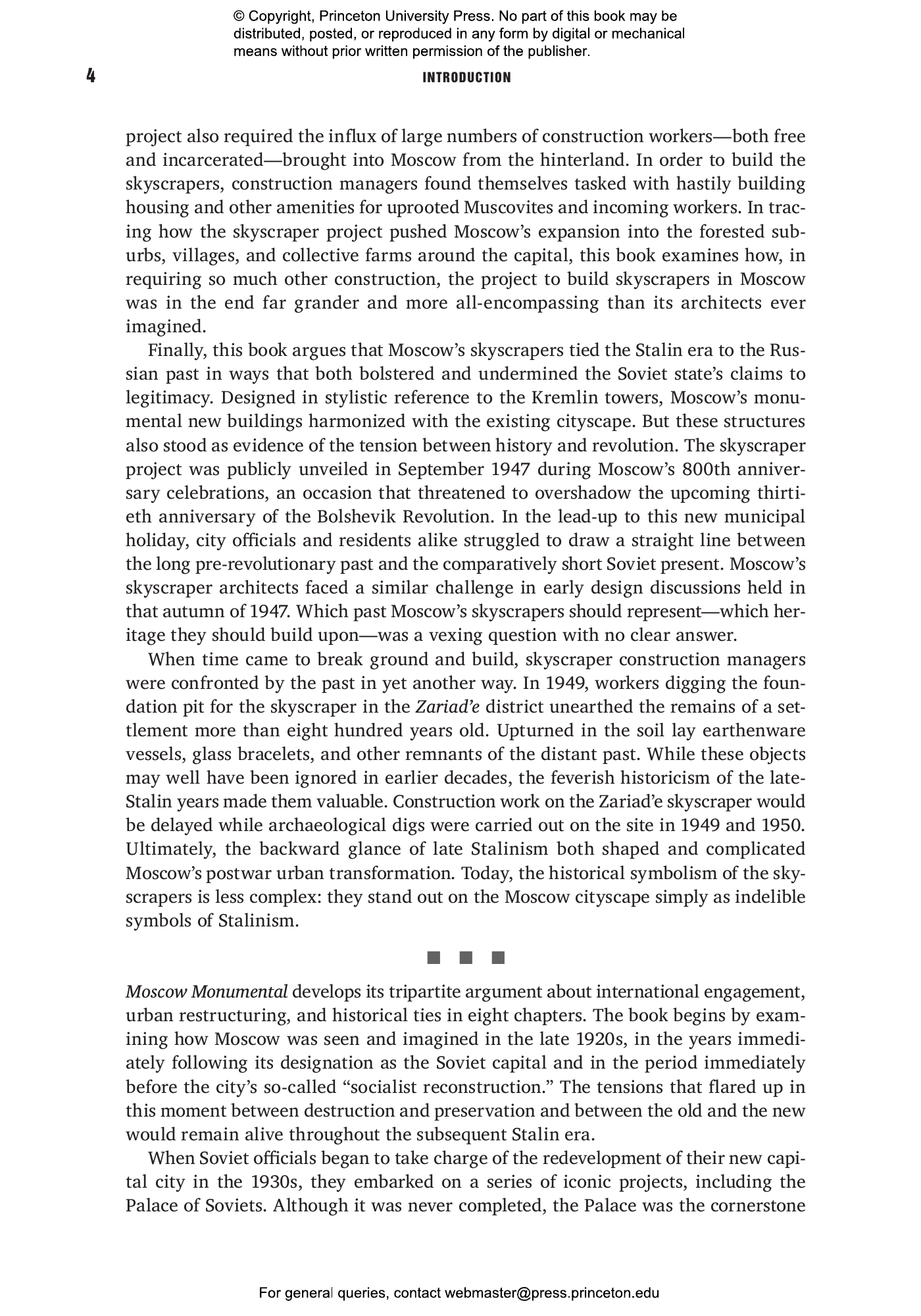 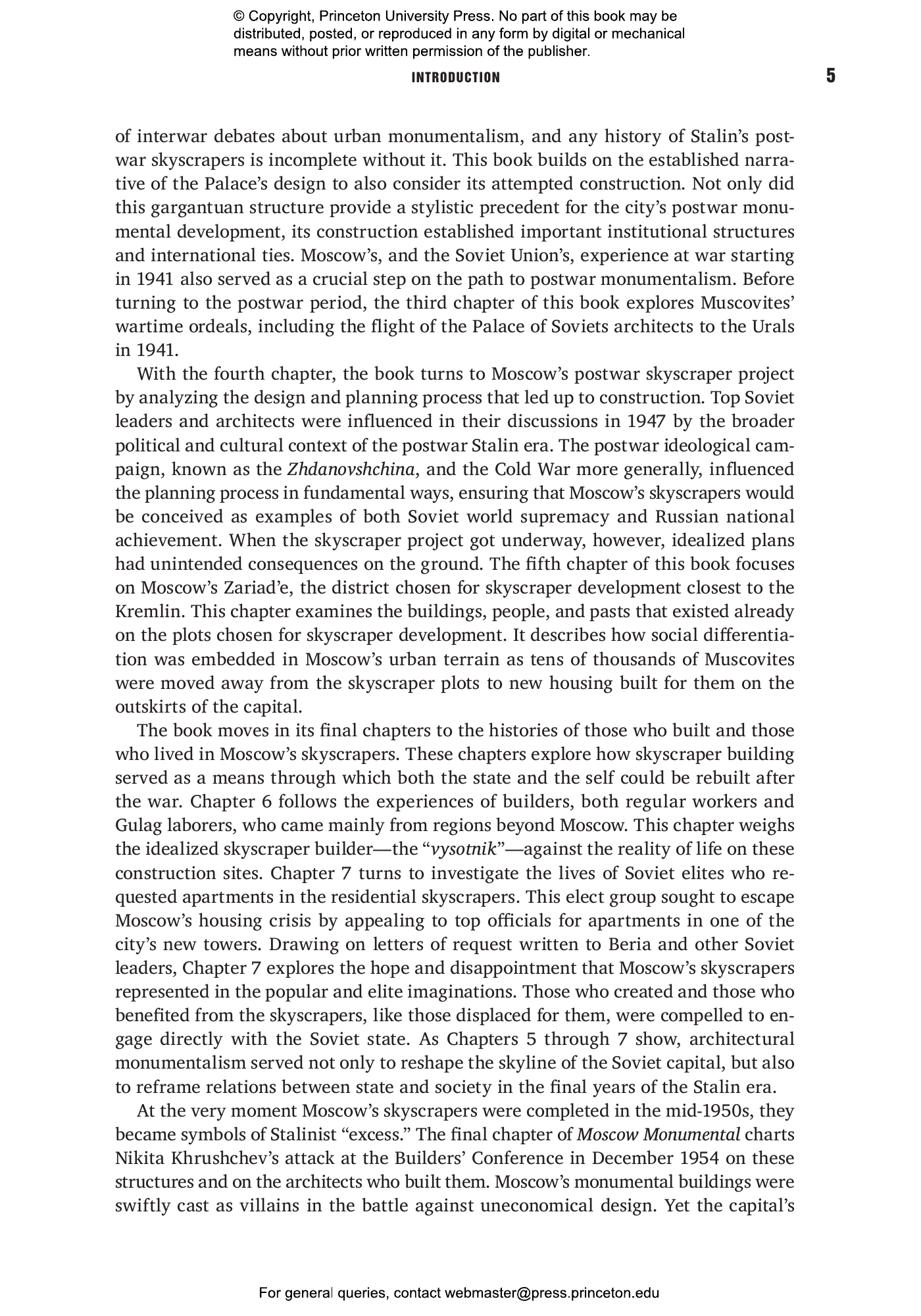 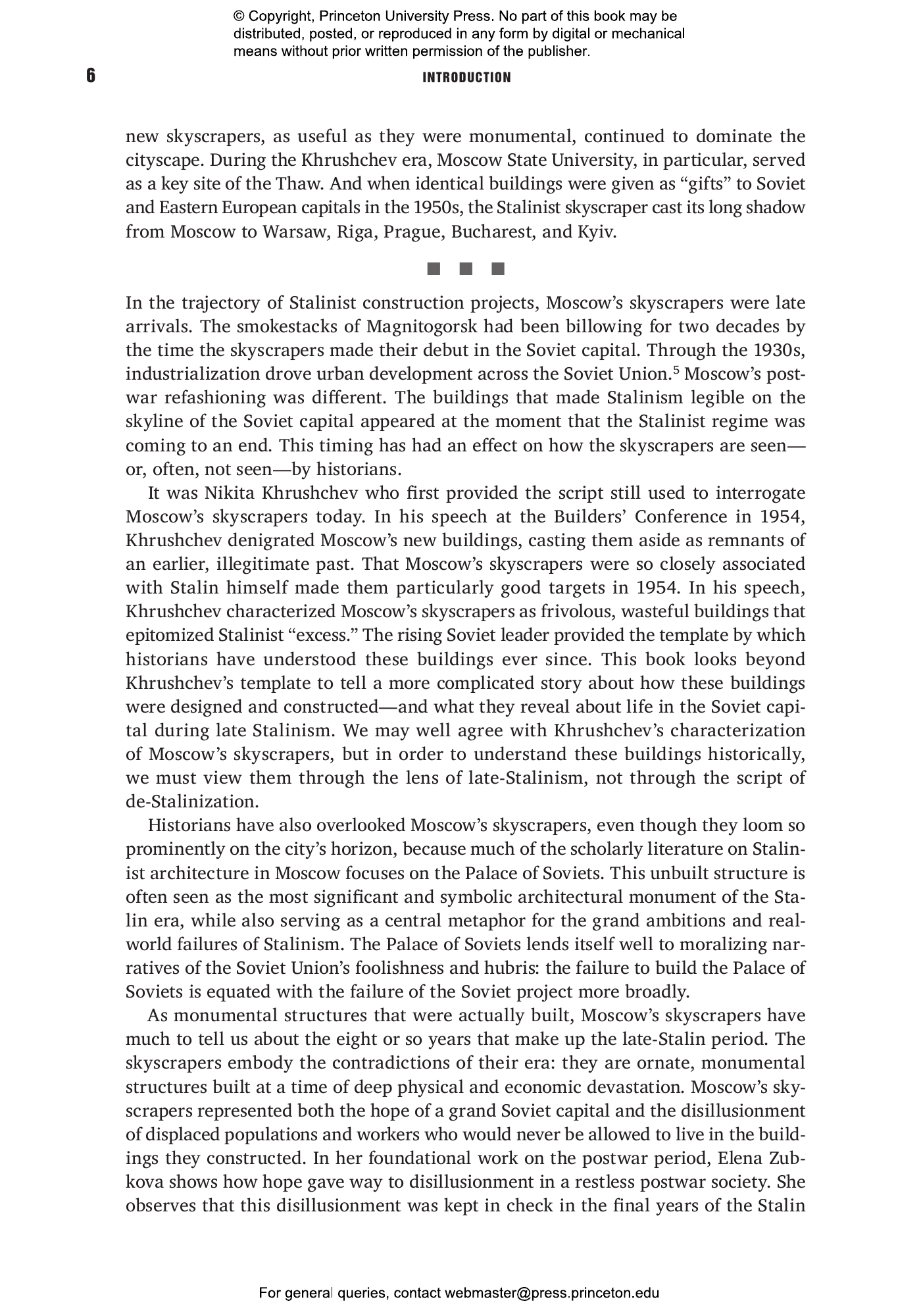 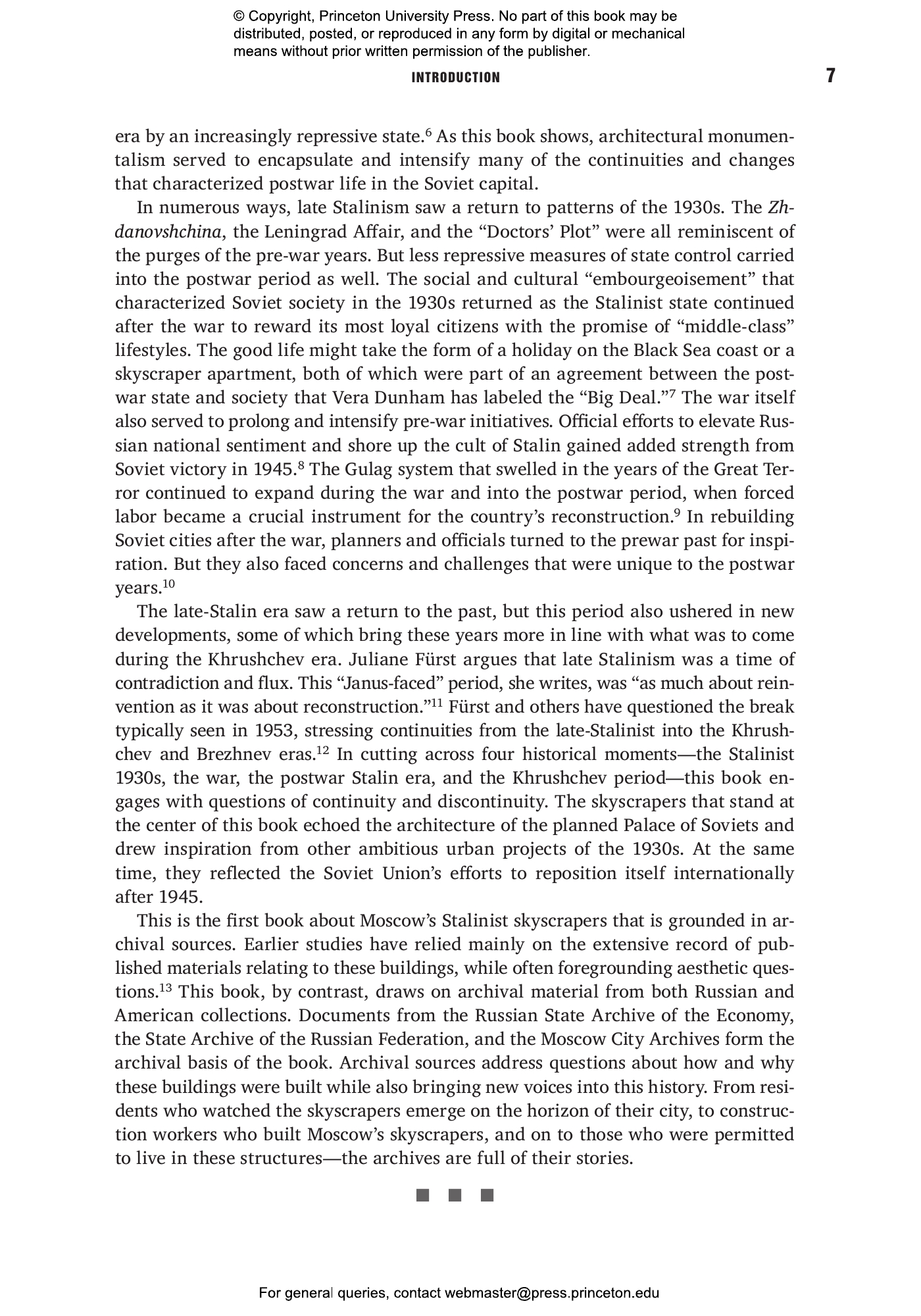 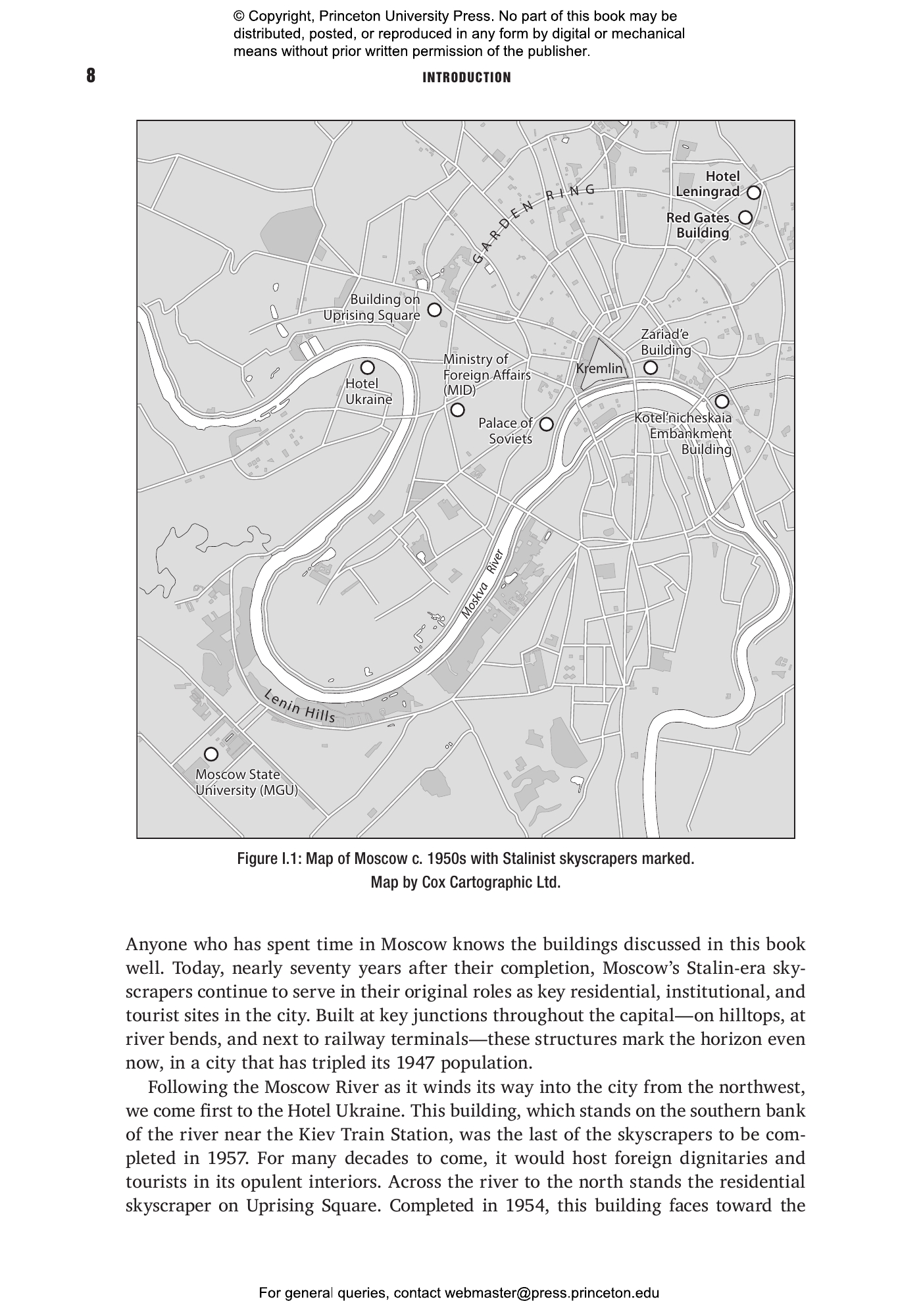 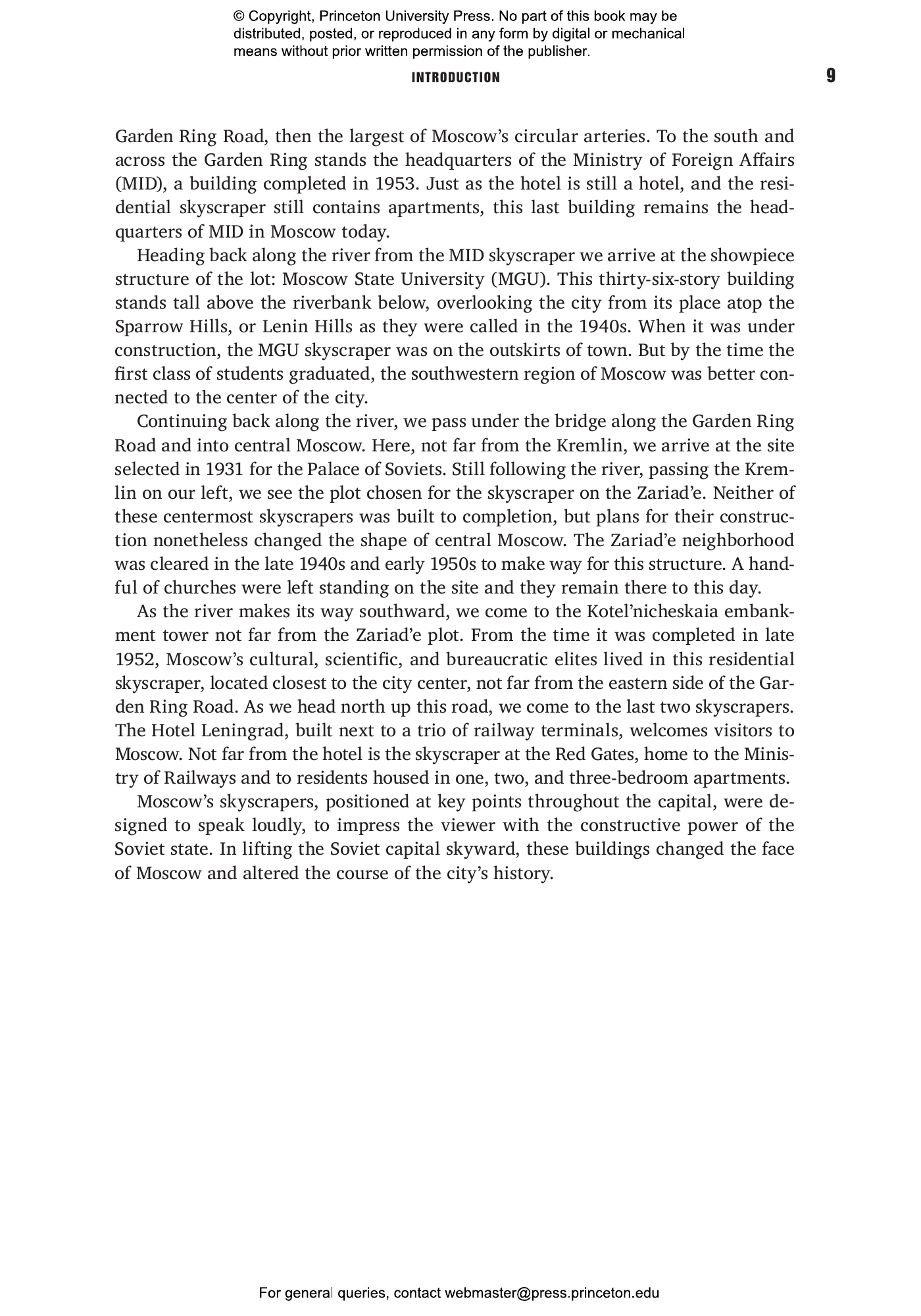 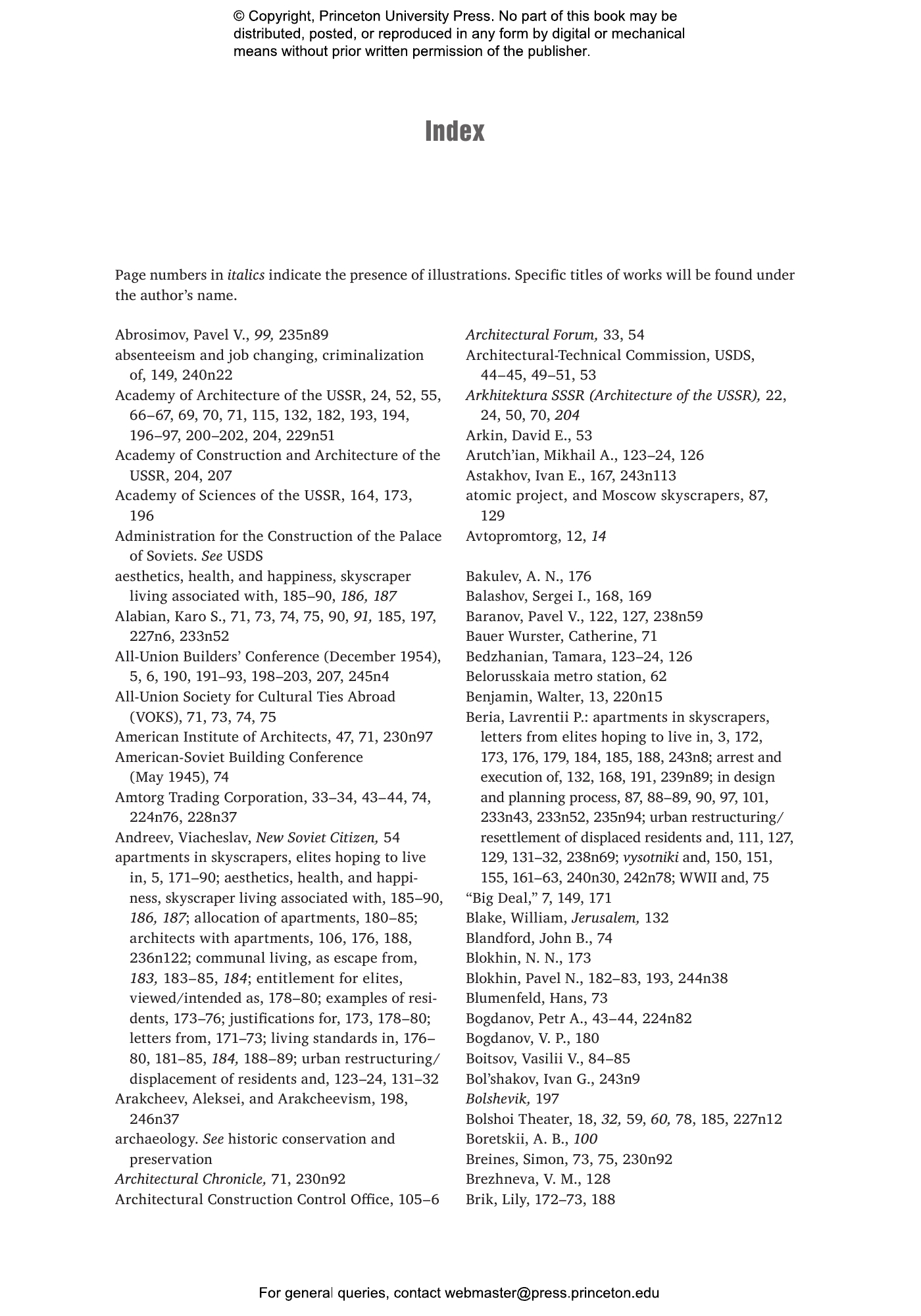 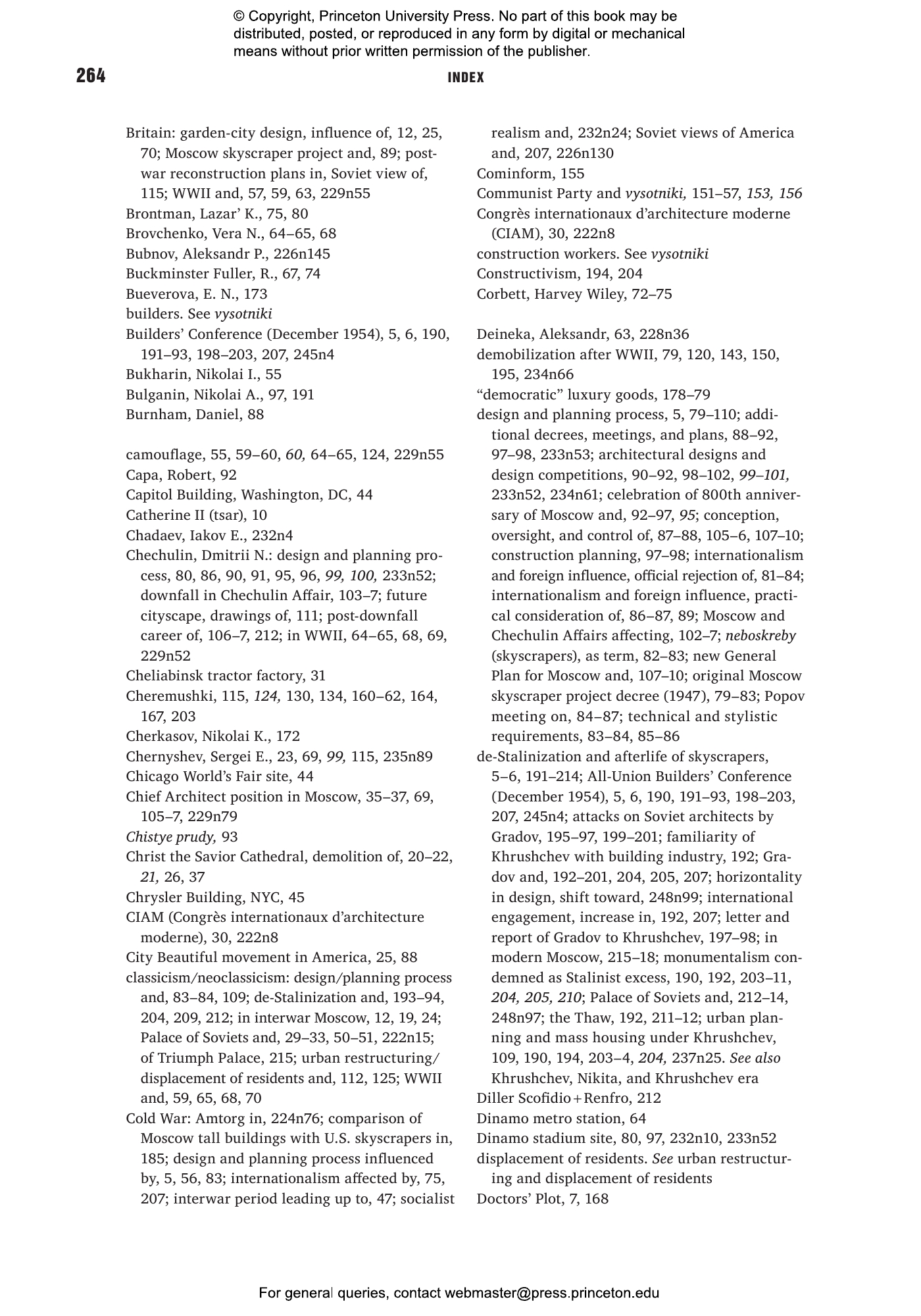 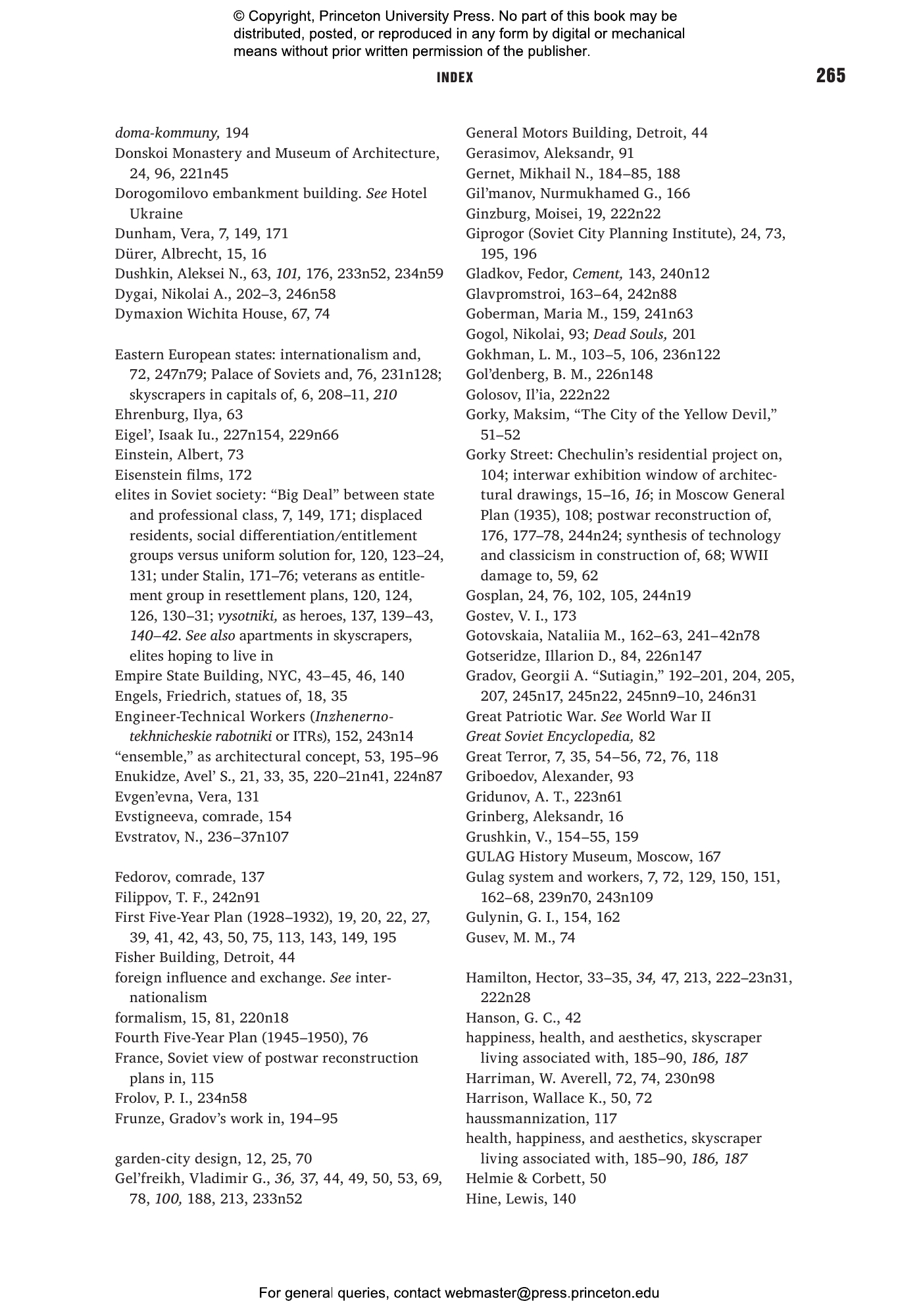 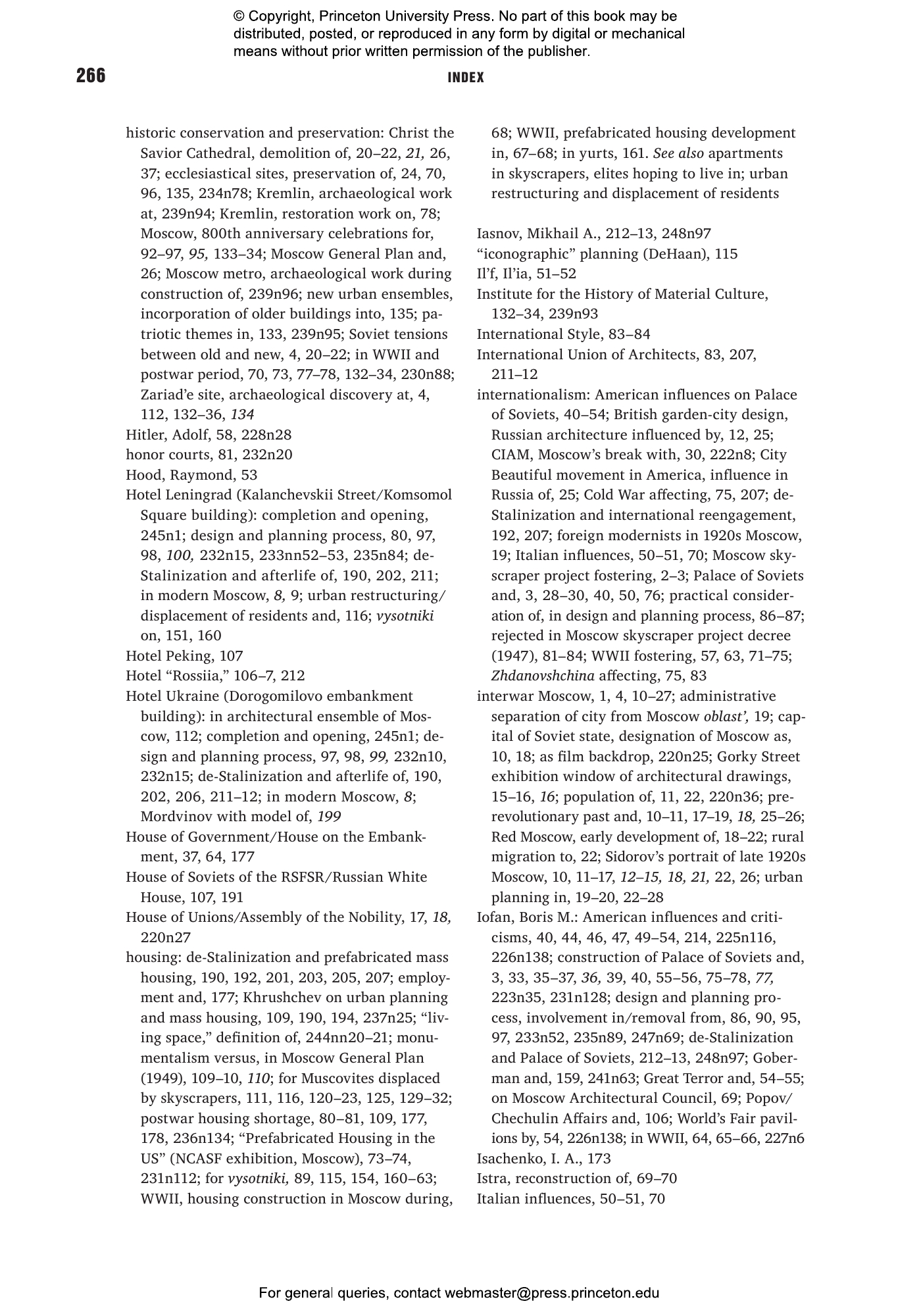 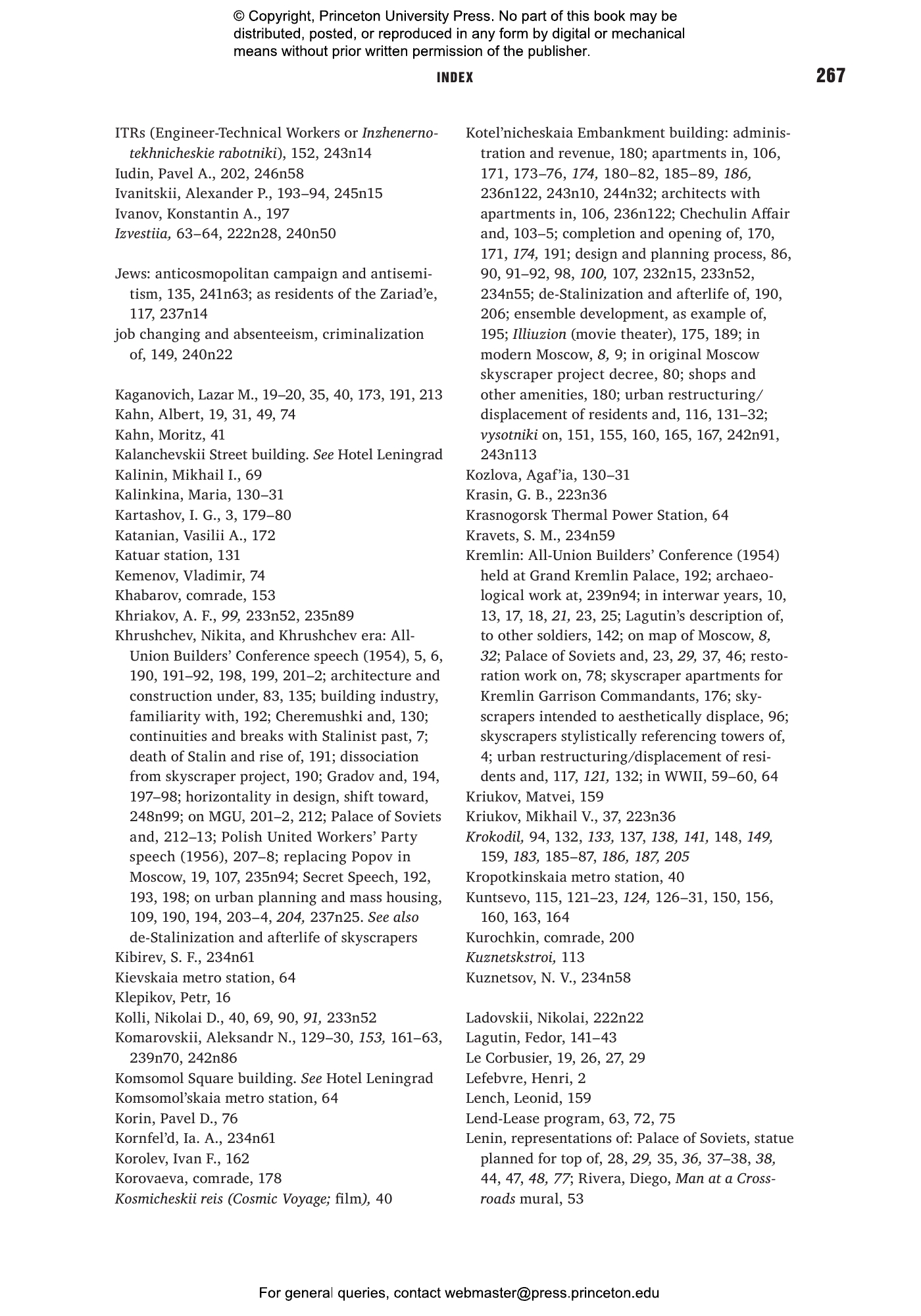 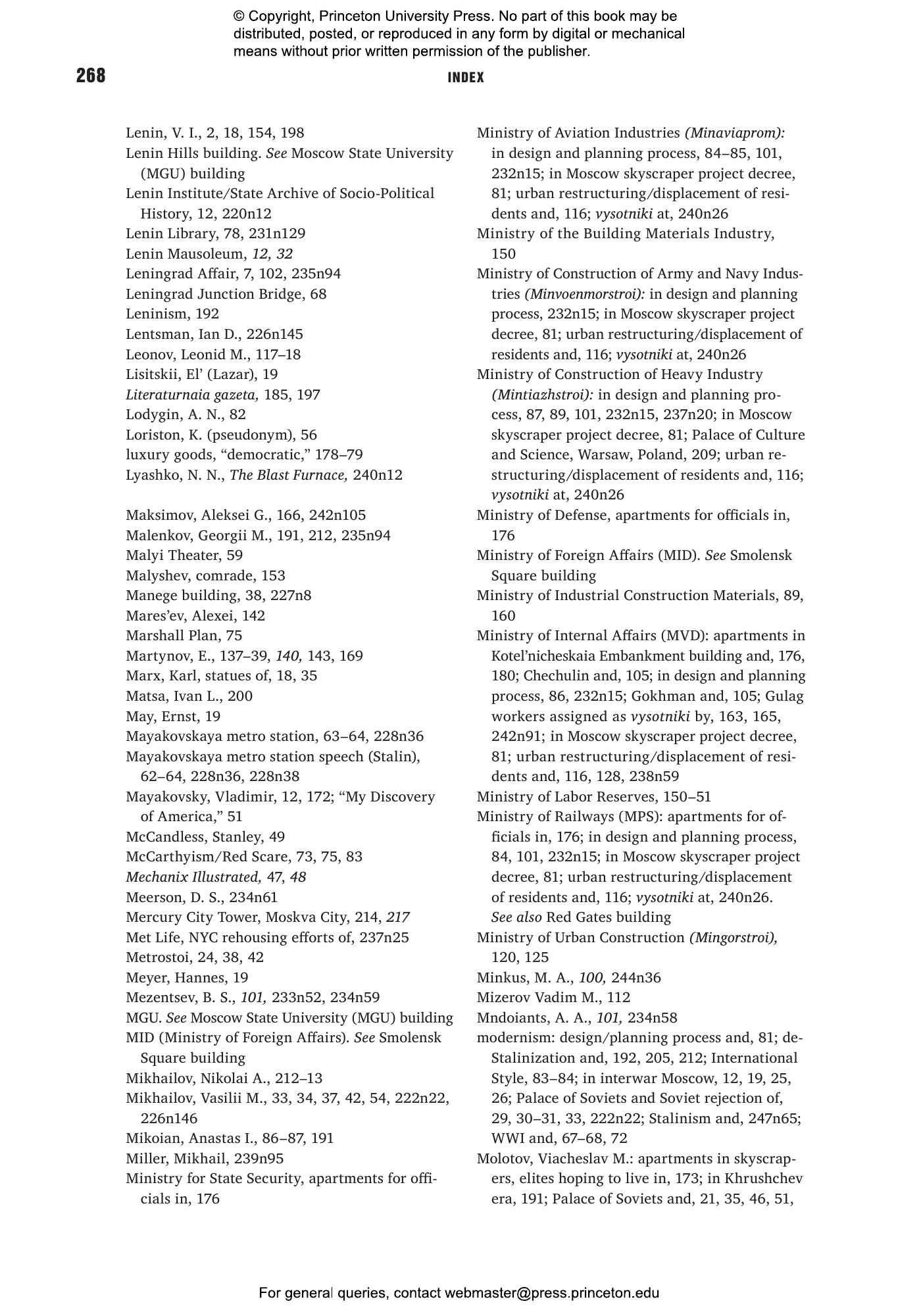 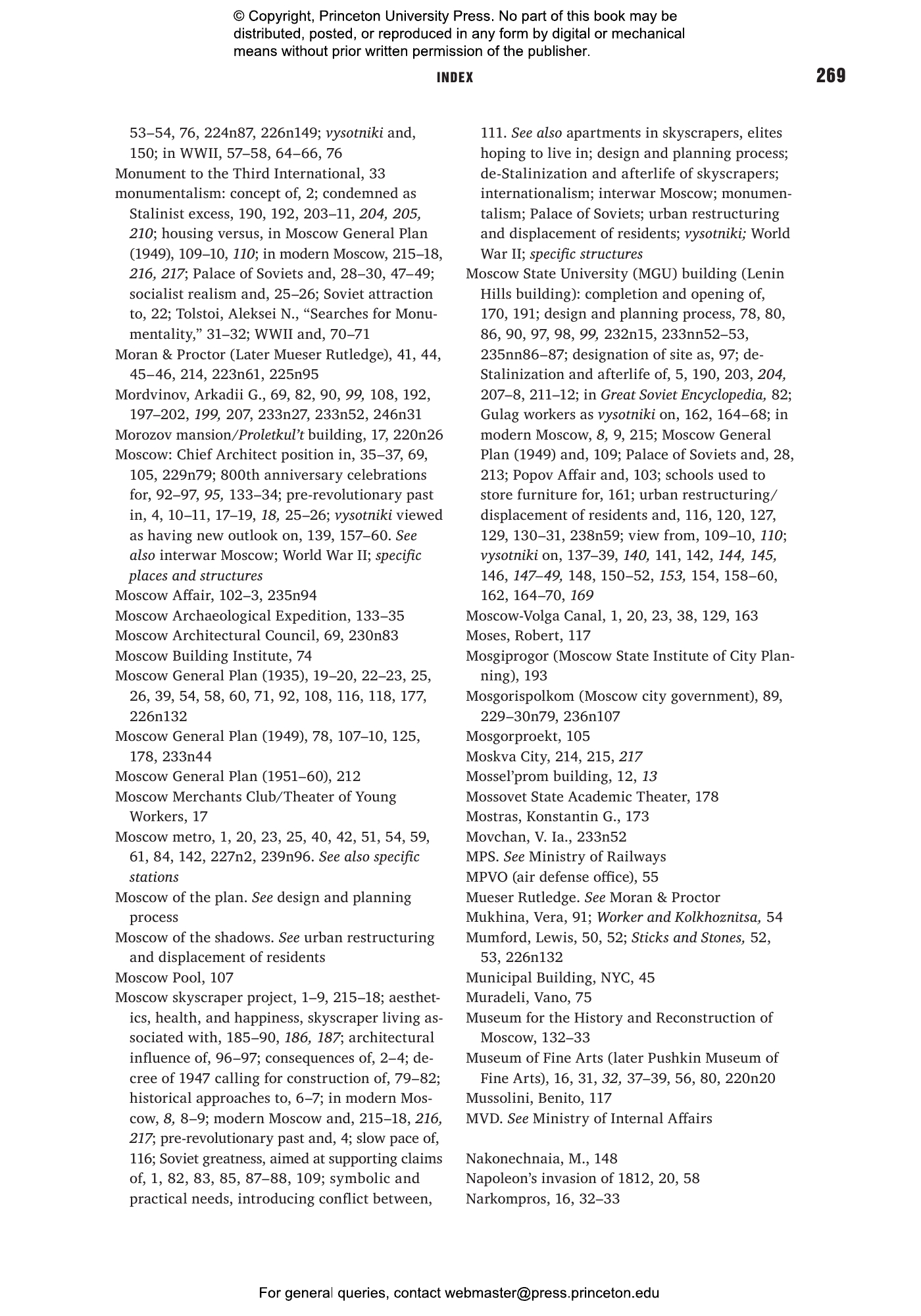 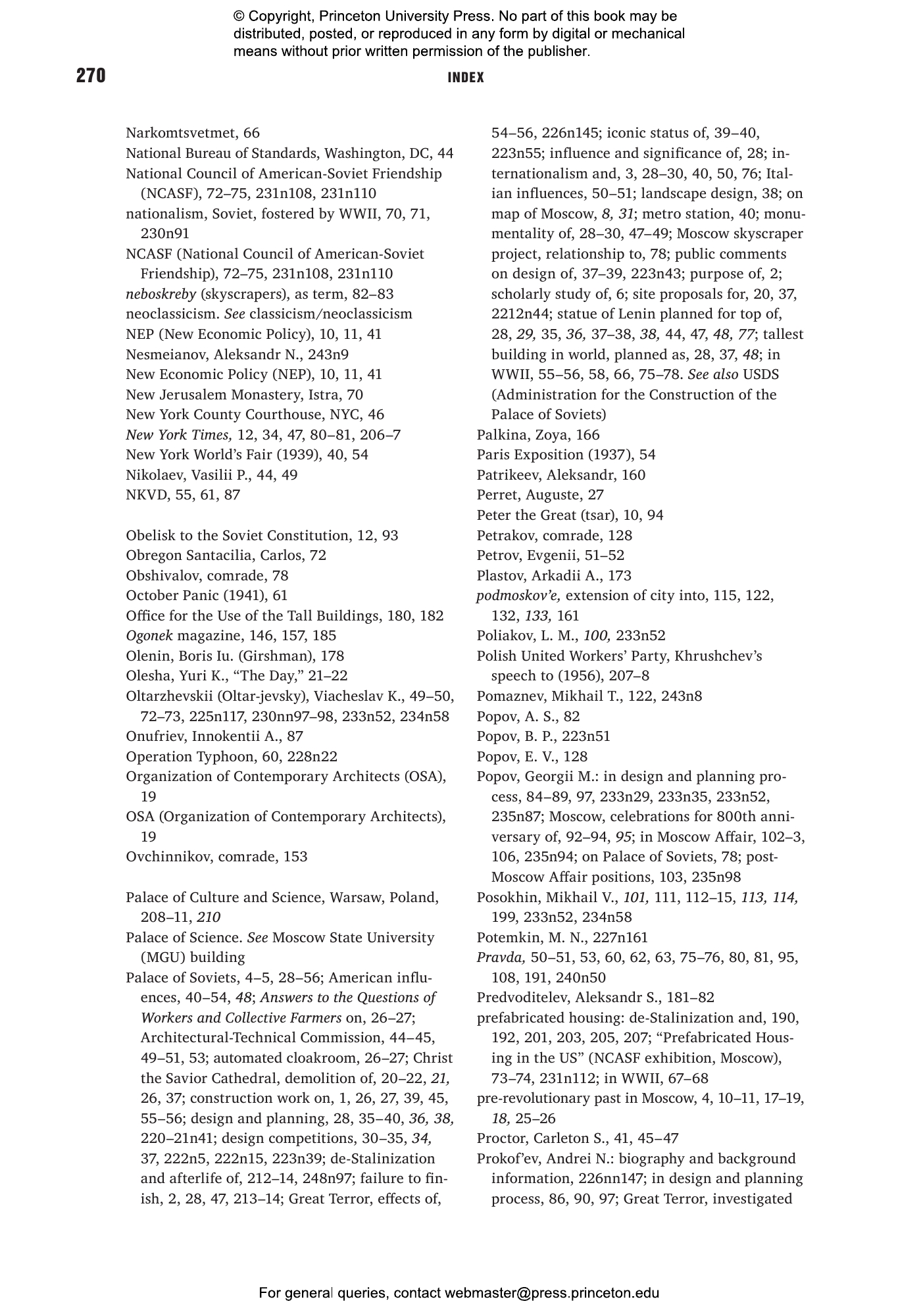 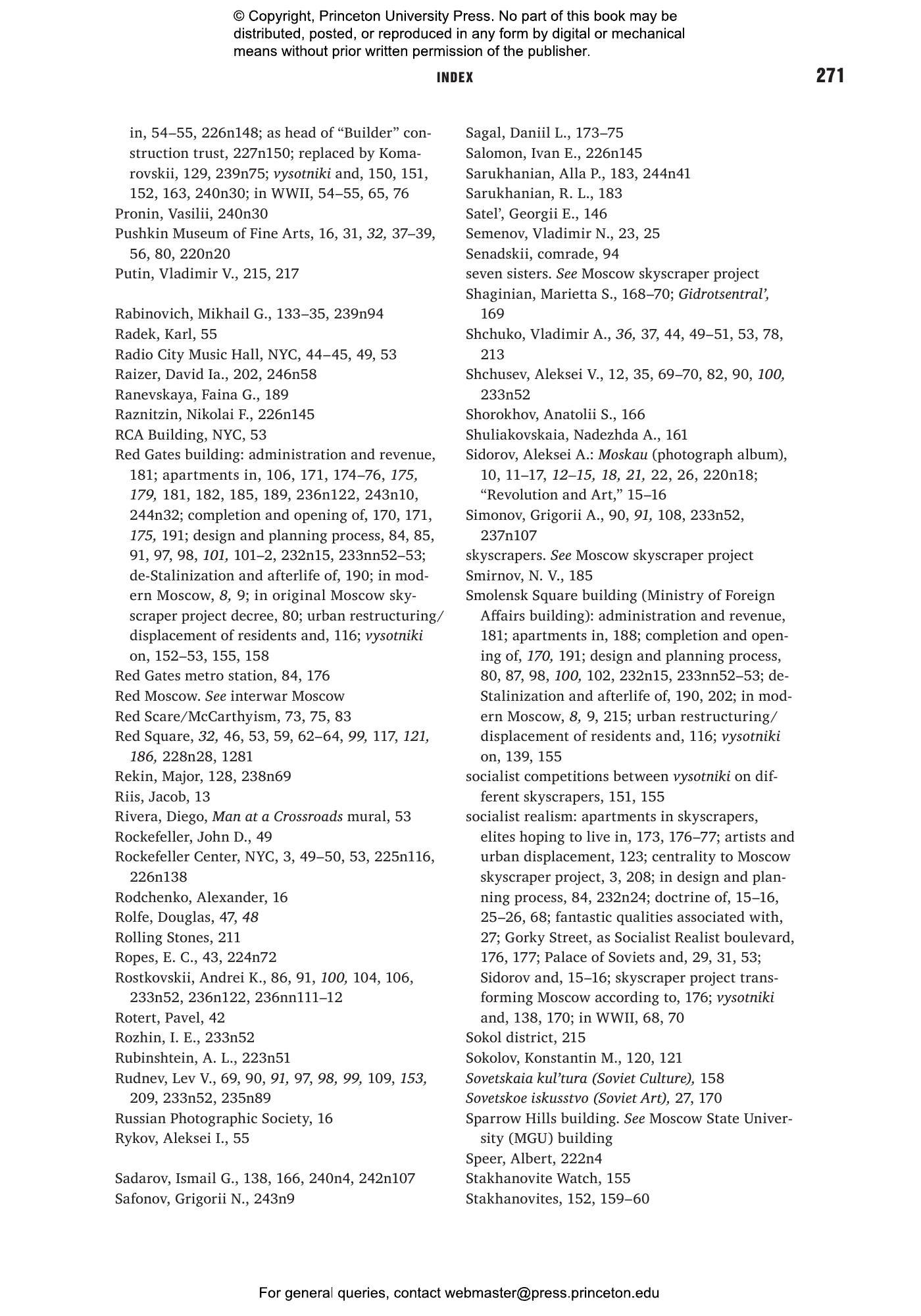 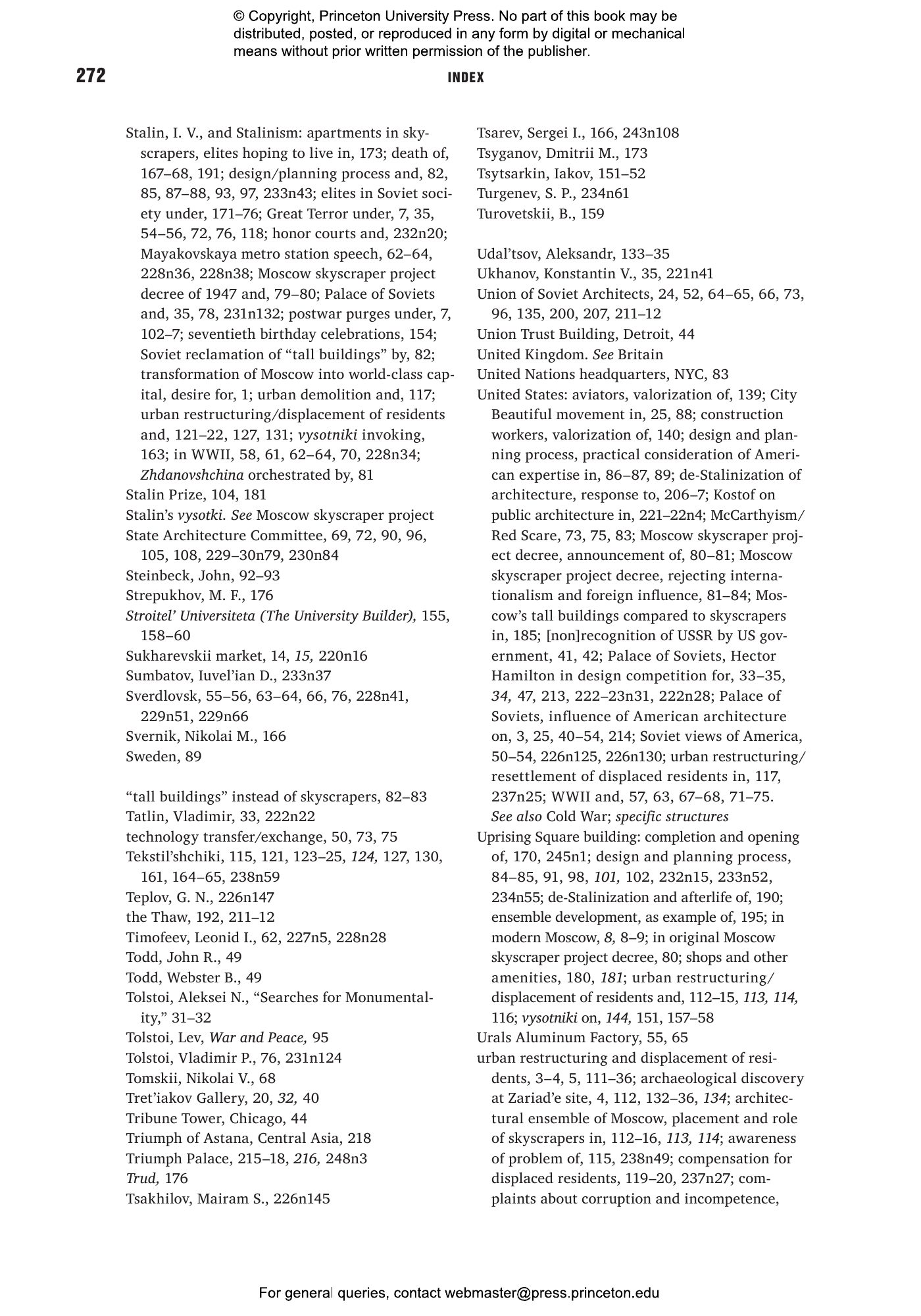 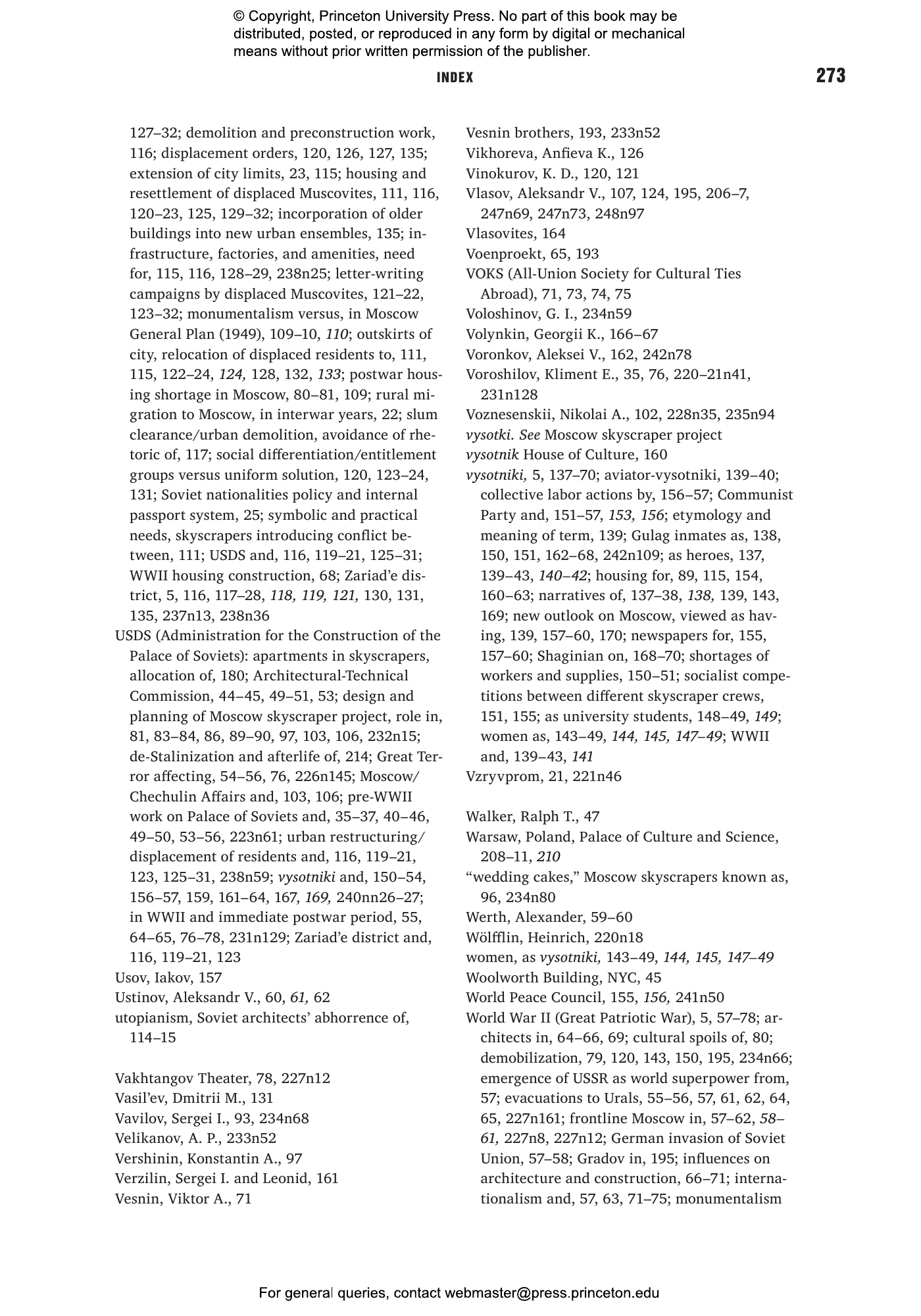 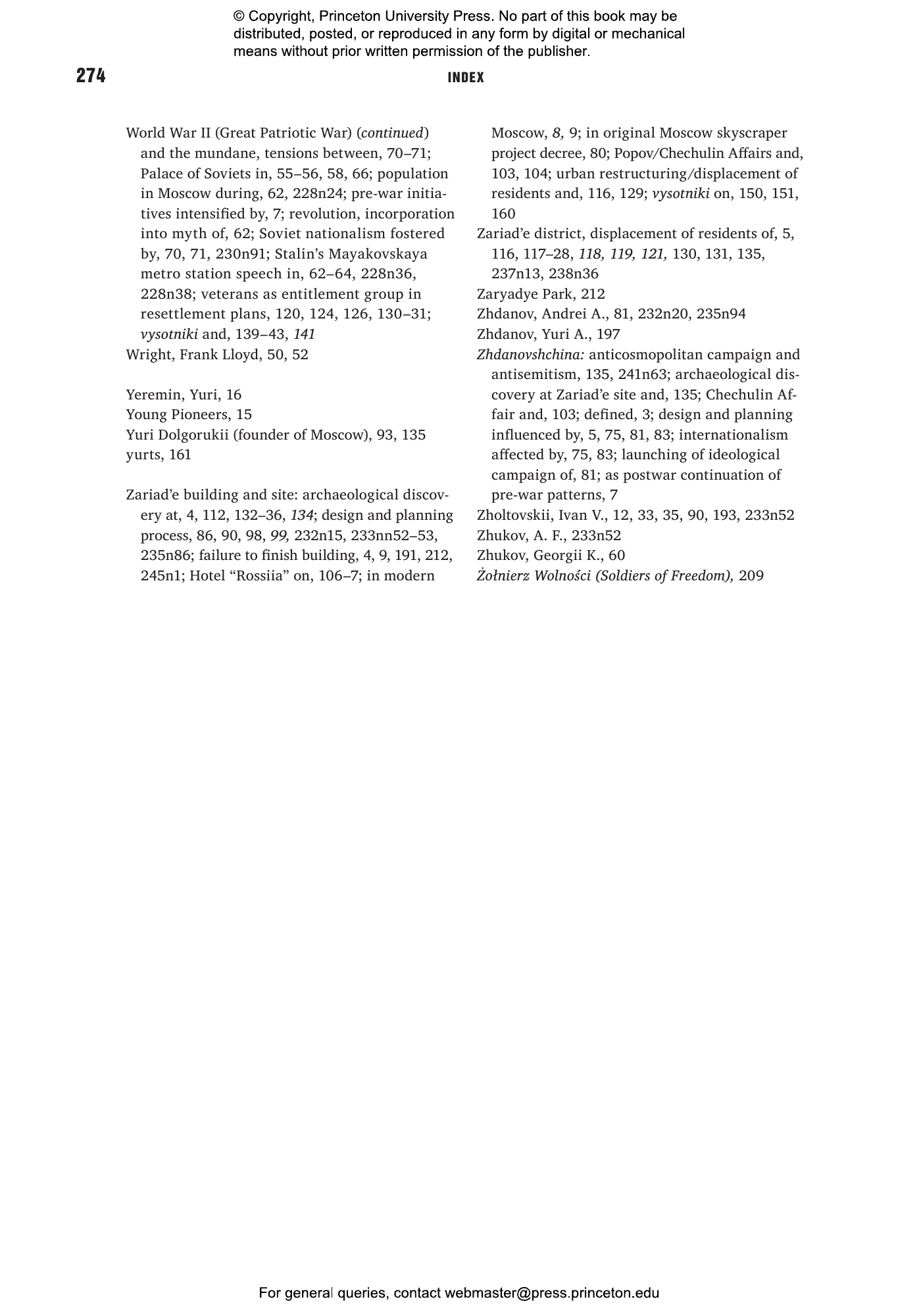 An in-depth history of the Stalinist skyscraper 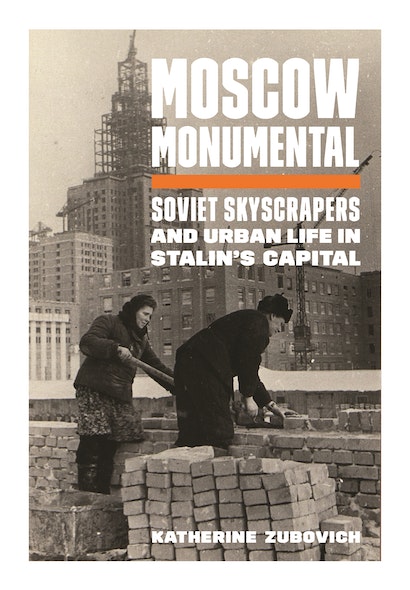 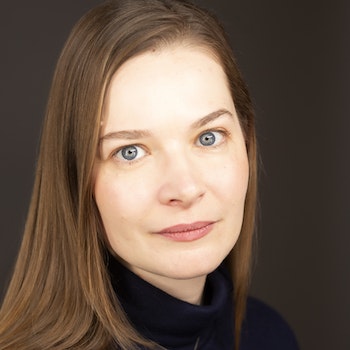 "Zubovich has done stellar work in the city’s archives, uncovering a trove of letters and petitions from ordinary Soviet citizens. . . This is a book which delves into the very human tensions created by a society forced into transition, and the effects on a city undergoing a seismic political, cultural, and architectural change."—Jennifer Eremeeva, The Moscow Times

"A superb, sweeping account of the realization of a magnificent group of skyscrapers. Grounded in meticulous archival research, and highly readable, it will appeal to specialists and general readers alike interested in topics as wide ranging as Soviet-US relations, architecture, intellectuals, and everyday life under Stalin."—Christine Varga-Harris, American Historical Review

"Russian and Soviet urban history has expanded and developed greatly in the last two decades by drawing attention to the built environment, lived experience, and aesthetic choices and meanings of buildings. In Katherine Zubovich’s Moscow Monumental: Soviet Skyscrapers and Urban Life in Stalin’s Capital we have an example of some of the best trends in recent years. "—Karl Qualls, Russian Review

"Drawing on extensive archival research, the book delineates an arc from early conceptualization of Moscow as the capital of Soviet Russia to infighting leading to the demise of monumentality as a dominant force in Soviet architecture during the 1950s. ... Recommended."—Choice

"Well researched and lucidly written, Moscow Monumental is a welcome contribution to the field of urban history. It will be a good addition to the reading lists for university courses on Russian social and cultural his­tory. It will also be much appreciated by lovers of Russian history outside academe."—Elena V. Baraban, Ab Imperio Quarterly ​​​​​​​

"Moscow Monumental is a significant study of one of the most important building campaigns of the early Cold War and the impact it had on the urban life of the Soviet capital."—Richard Anderson, University of Edinburgh

"Zubovich offers unrivaled insight into how Stalin's skyscrapers have shaped Soviet memory and identity while shedding new light on the era in which they were born—one where global monumentalism brought us Rockefeller Center and the Golden Gate Bridge. Engagingly written and well documented in photographs, Moscow Monumental is a must-read for urban historians and all scholars of the Soviet era."—Heather D. DeHaan, author of Stalinist City Planning: Professionals, Performance, and Power

"Moscow Monumental is a richly researched and expertly crafted book that casts the Stalin era in a new light. Zubovich has written the first history of Moscow's skyscrapers, greatly enhancing our understanding of these monumental buildings and their role in Soviet history."—Steven E. Harris, author of Communism on Tomorrow Street: Mass Housing and Everyday Life after Stalin

"This elegantly written, highly readable, and intellectually engaging work offers a deeper understanding of the multifaceted nature of Stalinism and the legacy of these distinctive Stalinist skyscrapers. Historians and students of every stripe will benefit from Zubovich's exhaustive research and balanced analysis."—Cynthia A. Ruder, author of Building Stalinism: The Moscow Canal and the Creation of Soviet Space

"Moscow Monumental shows how the design, construction, and representation of Stalinist skyscrapers reshaped the urbanism of postwar Moscow. By tracing professional and personal trajectories of Soviet architects, politicians, and elite occupants, but also construction workers, displaced inhabitants, forced laborers, and archaeologists, Katherine Zubovich offers a fascinating view of Moscow from above and from the shadows of the vysotki."—Łukasz Stanek, author of Architecture in Global Socialism: Eastern Europe, West Africa, and the Middle East in the Cold War