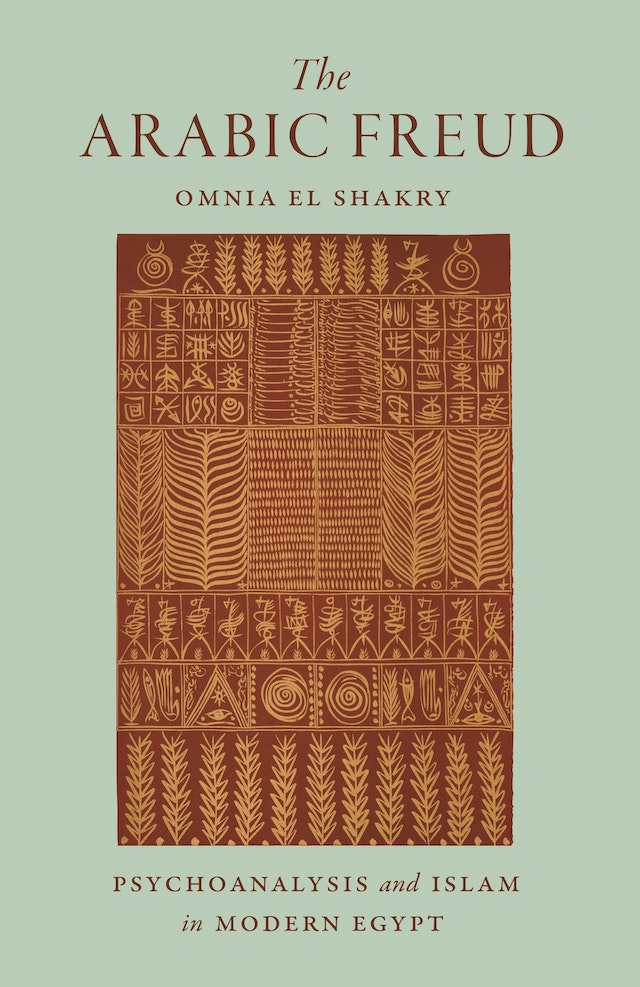 In 1945, psychologist Yusuf Murad introduced an Arabic term borrowed from the medieval Sufi philosopher and mystic Ibn ‘Arabi—al-la-shu‘ur—as a translation for Sigmund Freud’s concept of the unconscious. By the late 1950s, Freud’s Interpretation of Dreams had been translated into Arabic for an eager Egyptian public. In The Arabic Freud, Omnia El Shakry challenges the notion of a strict divide between psychoanalysis and Islam by tracing how postwar thinkers in Egypt blended psychoanalytic theories with concepts from classical Islamic thought in a creative encounter of ethical engagement.

Drawing on scholarly writings as well as popular literature on self-healing, El Shakry provides the first in-depth examination of psychoanalysis in Egypt and reveals how a new science of psychology—or “science of the soul,” as it came to be called—was inextricably linked to Islam and mysticism. She explores how Freudian ideas of the unconscious were crucial to the formation of modern discourses of subjectivity in areas as diverse as psychology, Islamic philosophy, and the law. Founding figures of Egyptian psychoanalysis, she shows, debated the temporality of the psyche, mystical states, the sexual drive, and the Oedipus complex, while offering startling insights into the nature of psychic life, ethics, and eros.

This provocative and insightful book invites us to rethink the relationship between psychoanalysis and religion in the modern era. Mapping the points of intersection between Islamic discourses and psychoanalytic thought, it illustrates how the Arabic Freud, like psychoanalysis itself, was elaborated across the space of human difference.

Omnia El Shakry is professor of history at the University of California, Davis. She is the author of The Great Social Laboratory: Subjects of Knowledge in Colonial and Postcolonial Egypt and the editor of Gender and Sexuality in Islam.

"A fascinating exploration into the forgotten world of psychology and psychoanalysis in post-Second World War Egypt. . . . El Shakry's book enables us to expand our knowledge of Arab and Islamic intellectual history and forces us to examine our notions about contact points between modern and pre-modern thought."—Usman Butt, New Arab

"The greatest strength of El Shakry’s study lies in the way she brings discourses of modernity and pre-modernity together, exploring the traces of each in the other. This is a deliberate rhetorical strategy on her part, which yields far deeper and more meaningful insights than the traditional method of separation of premodern and modern."—Marsha Aileen Hewitt, Reading Religion

"It is an extraordinary study of post-colonial thought and of the history of psychology, which takes seriously psychoanalytic thought produced in a non-western society. . . . El Shakry uniquely uses psychoanalysis to examine the continuities and ruptures of post-colonial thought. . . . It is not merely a contextualization of Egyptian readings of psychoanalysis, but also a profound philosophical engagement with the implications of this intellectual encounter."—Liat Kozma, Psychoanalysis and History

"El Shakry’s Arabic Freud is a valuable contribution to the history of modern Egypt, Arab intellectual thought, and the global history of ideas."—Wilson Chacko Jacob, Journal of Arabic Literature

"In a world in which Islam is all too often thought to be incompatible with a ‘secular' Western thought system like psychoanalysis, The Arabic Freud demonstrates—spectacularly—that nothing could be further from the truth. El Shakry’s beautiful book shows, definitively, that what counts as psychoanalysis could be—indeed was—just as well produced in decolonizing Cairo as in Vienna or New York. This is a major contribution to the intellectual history of modern Egypt—and of modern ideas of selfhood more generally."—Dagmar Herzog, author of Cold War Freud: Psychoanalysis in an Age of Catastrophes

"El Shakry provides a wonderful resource for thinking about the particularities of psychoanalysis in Egypt and its complex relationship with Islam, and gives us the history to understand psychoanalysis as a syncretic form. Elegantly argued and thoroughly researched, The Arabic Freud demonstrates that when psychoanalysis and Islam are pitted as strangers today, this is not only historically inaccurate but also colonial in its ideology."—Ranjana Khanna, Duke University

"Much more than just tracing the history of psychoanalysis in Egypt, The Arabic Freud reopens the archive of the unconscious in psychoanalysis and allows it to proliferate and disclose its secret connections with the problematic of the soul, in Islam and in religious traditions at large. By returning to us the Egyptian translations of the unconscious as divine unknowing and the drive as ethical self-transformation, Omnia El Shakry brings something new and far-reaching to the way we think now. At issue is not just the question of the nafs as psyche, but of the psyche as soul."—Stefania Pandolfo, University of California, Berkeley

"El Shakry brings to light figures who are virtually unknown to an American audience—from Yusuf Murad to Muhammad Fathi—while focusing on topics that have been subjects of intense debate in recent years: the relation between Islam and Western culture and the role of religion in the formation of the self."—Rubén Gallo, author of Freud's Mexico