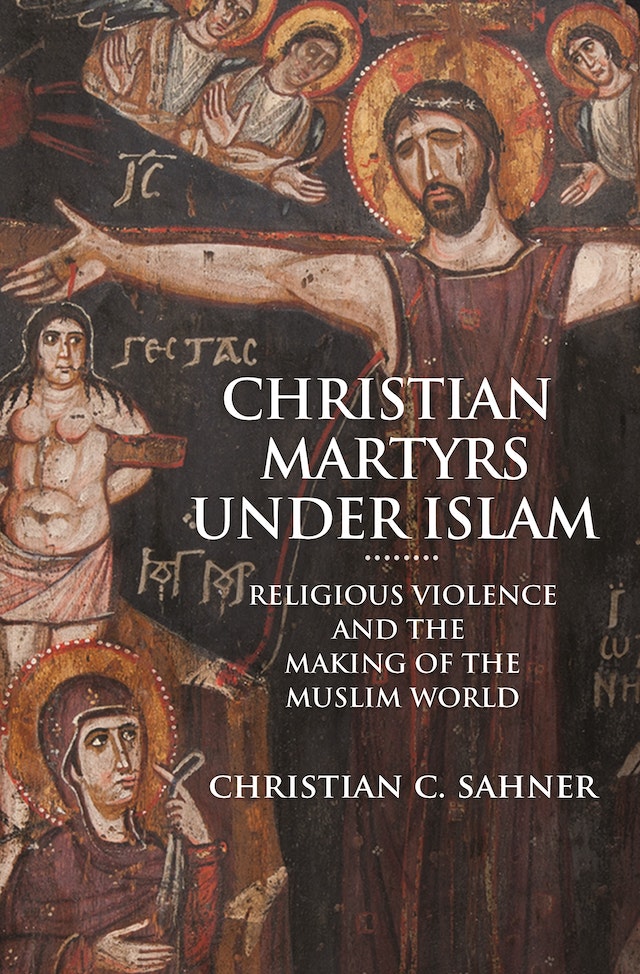 How did the medieval Middle East transform from a majority-Christian world to a majority-Muslim world, and what role did violence play in this process? Christian Martyrs under Islam explains how Christians across the early Islamic caliphate slowly converted to the faith of the Arab conquerors and how small groups of individuals rejected this faith through dramatic acts of resistance, including apostasy and blasphemy.

Using previously untapped sources in a range of Middle Eastern languages, Christian Sahner introduces an unknown group of martyrs who were executed at the hands of Muslim officials between the seventh and ninth centuries CE. Found in places as diverse as Syria, Spain, Egypt, and Armenia, they include an alleged descendant of Muhammad who converted to Christianity, high-ranking Christian secretaries of the Muslim state who viciously insulted the Prophet, and the children of mixed marriages between Muslims and Christians. Sahner argues that Christians never experienced systematic persecution under the early caliphs, and indeed, they remained the largest portion of the population in the greater Middle East for centuries after the Arab conquest. Still, episodes of ferocious violence contributed to the spread of Islam within Christian societies, and memories of this bloodshed played a key role in shaping Christian identity in the new Islamic empire.

Christian Martyrs under Islam examines how violence against Christians ended the age of porous religious boundaries and laid the foundations for more antagonistic Muslim-Christian relations in the centuries to come.

Christian C. Sahner is associate professor of Islamic history at the University of Oxford and a fellow of St Cross College. He is the author of Among the Ruins: Syria Past and Present.

"This book is a real achievement. It is a fascinating read for any scholar of Christian–Muslim relations, since it deals with a sensitive topic analytically and in an academically balanced manner. . . . In addition, although the author declares that he had no intension to connect the past with the present, the book opens up a larger window of understanding for any reader who is interested in current events in the Middle East."—Risto Jukko, Islam and Christian-Muslim Relations

"Meticulously researched and documented. Sahner’s readings of the sources reflect great skill and care for sound methodology. As a result, the book is a welcome contribution to studies focusing on medieval Christian communities and their relationships with Muslims."—Charles Tieszen, Scottish Journal of Theology

"Christian Sahner has published an excellent study of a long-overlooked and yet extremely important topic."—Stephen J. Shoemaker, Medieval Encounters

“In this book, Sahner mounts a pathbreaking investigation of Christian self-sacrifice under early Islam. He affords us a fresh perspective on the formation of caliphal society and state, and on how the blood of martyrs has seeded the Church—before Constantine, under Islam, and into our own day.”—Garth Fowden, University of Cambridge

“Narratives of violence dominate the public understanding of Islam. Sahner draws upon medieval Christian narratives of conversion, apostasy, and martyrdom to great effect. The result is a subtle but bold account of violence and belief in an earlier age of religious tumult.”—Chase F. Robinson, author of Islamic Civilization in Thirty Lives

“This is the first book-length study of Christian martyrdom in the early Islamic period. It deals with religious conversion and cultural change in the period of late antiquity and early Islam, and looks at not just individuals of the period, but also the world in which they lived. Offering a new conceptual framework and novel usage of primary sources, this original and important work asks all the right questions.”—Nadia Maria El Cheikh, American University of Beirut

“With broad coverage and beautiful writing, this accomplished book presents the first synthetic historical analysis of Christian martyrdom during the formative period of Islam, namely the first three centuries after the Arab conquest. Sahner has done a great service to all those working on the cult of saints in the early medieval eastern Mediterranean and interested in understanding Christian-Arabic literature.”—Arietta Papaconstantinou, University of Reading