From acclaimed archaeologist and bestselling author Eric Cline, a breathtaking account of how the collapse of an ancient civilized world ushered in the first Dark Ages 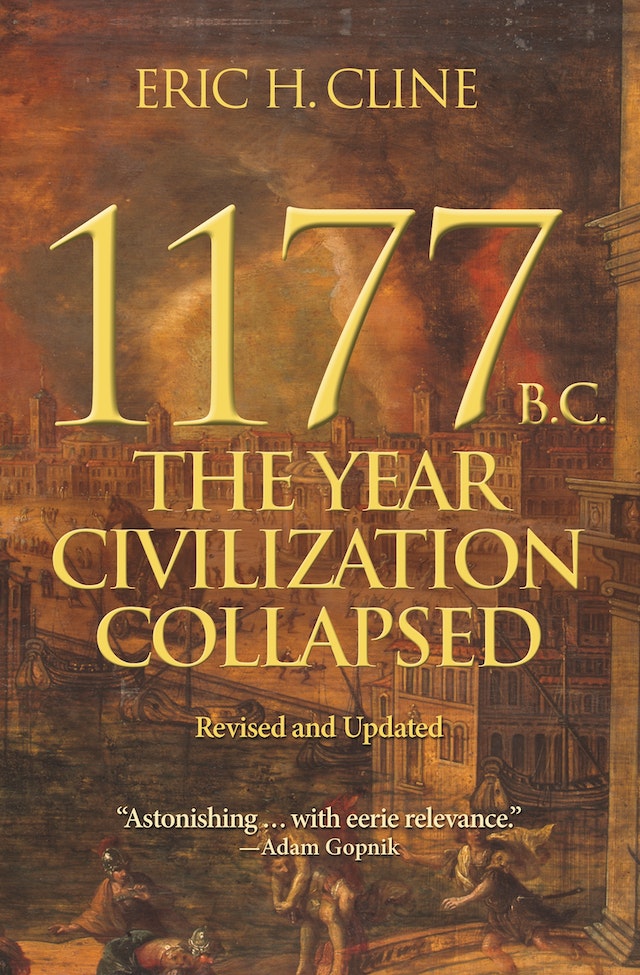 In 1177 B.C., marauding groups known only as the “Sea Peoples” invaded Egypt. The pharaoh’s army and navy defeated them, but the victory so weakened Egypt that it soon slid into decline, as did most of the surrounding civilizations. Eric Cline tells the gripping story of how the end was brought about by multiple interconnected failures, ranging from invasion and revolt to earthquakes, drought, famine, and the cutting of international trade routes. Bringing to life a vibrant multicultural world, he draws a sweeping panorama of the empires of the age and shows that it may have been their very interdependence that hastened their dramatic collapse. Now revised and updated, 1177 B.C. sheds light on the complex ties that gave rise to, and eventually destroyed, the flourishing civilizations of the Late Bronze Age—and set the stage for the emergence of classical Greece and, ultimately, our world today.

Eric H. Cline is professor of classics and anthropology and director of the Capitol Archaeological Institute at George Washington University. Twitter @digkabri