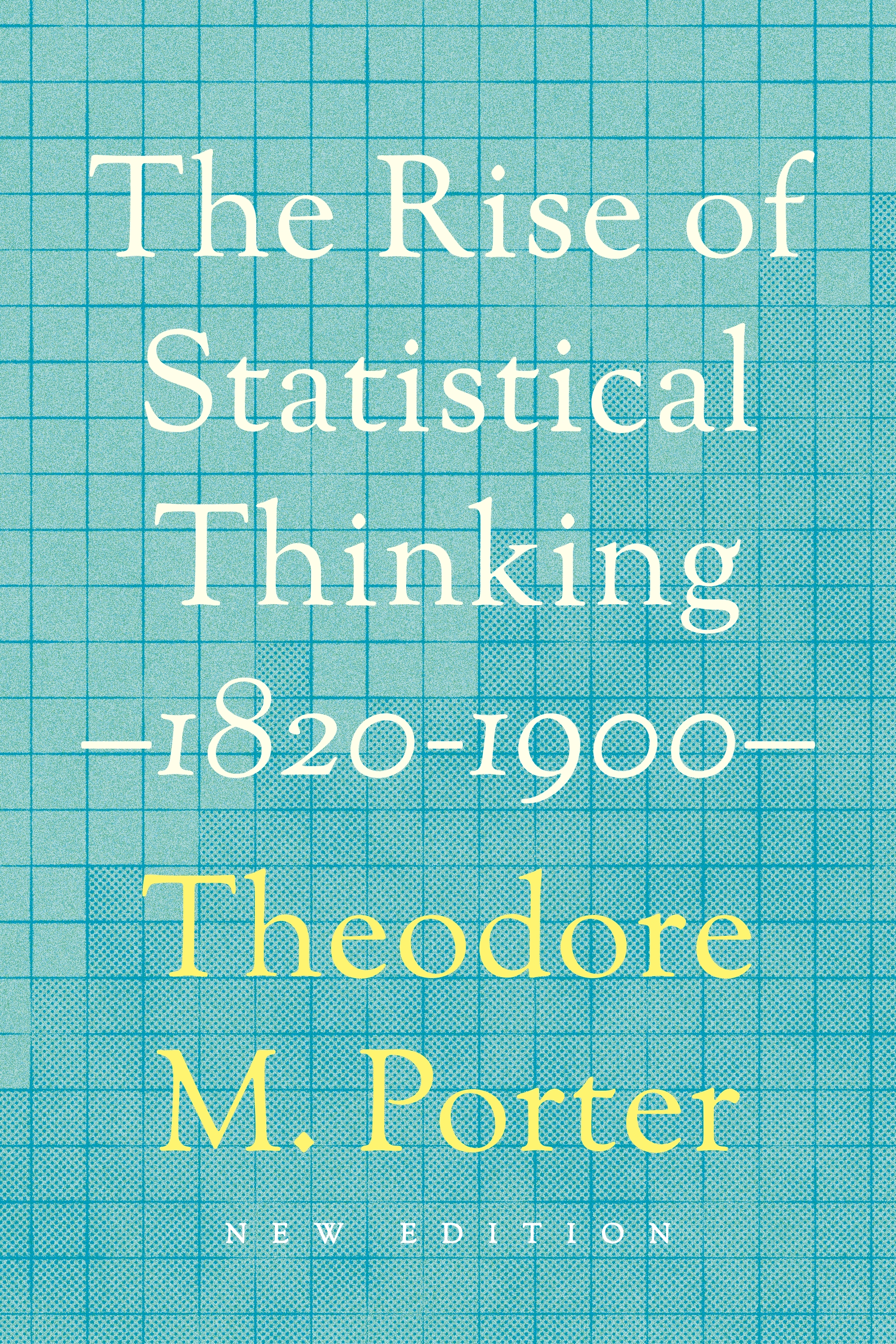 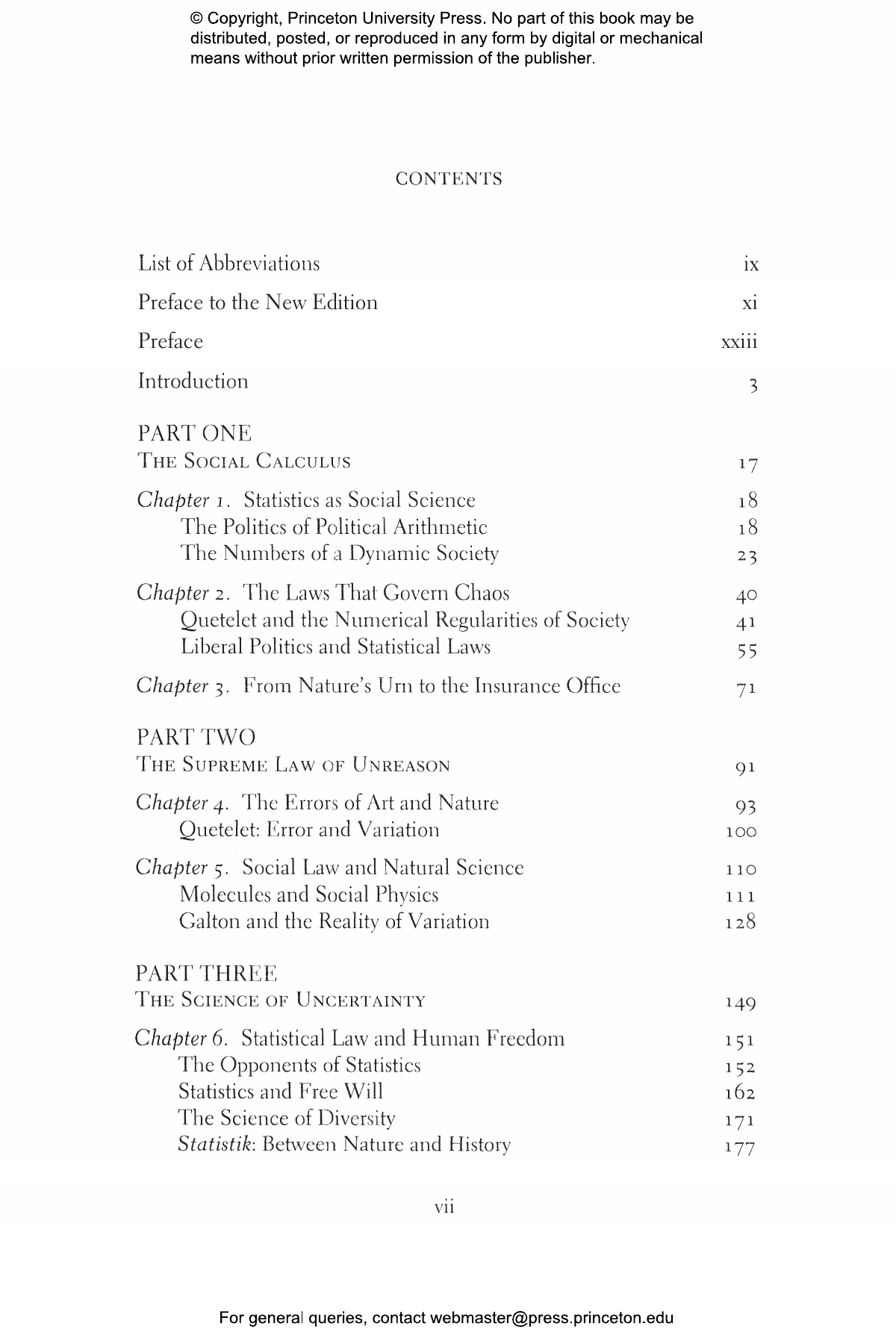 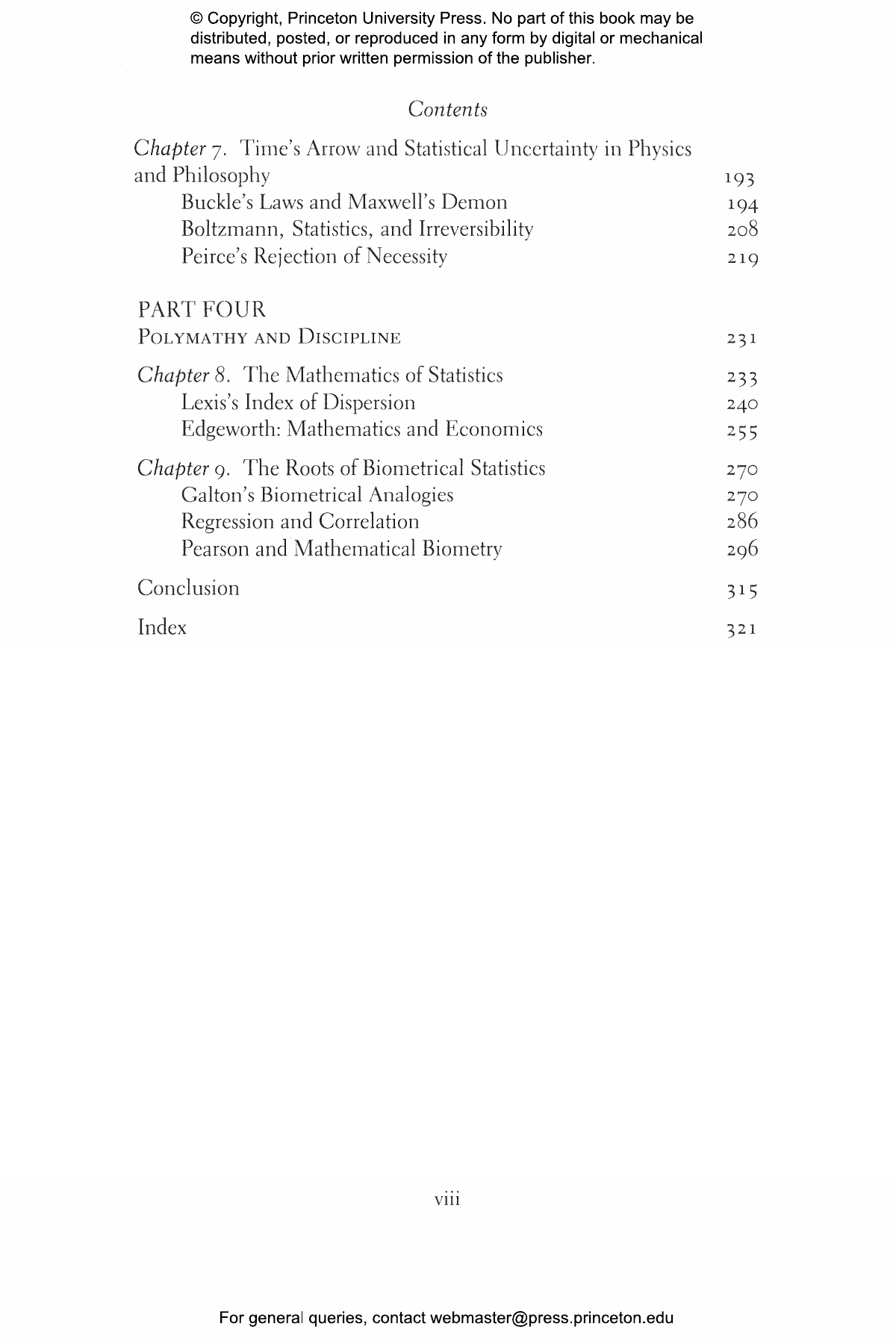 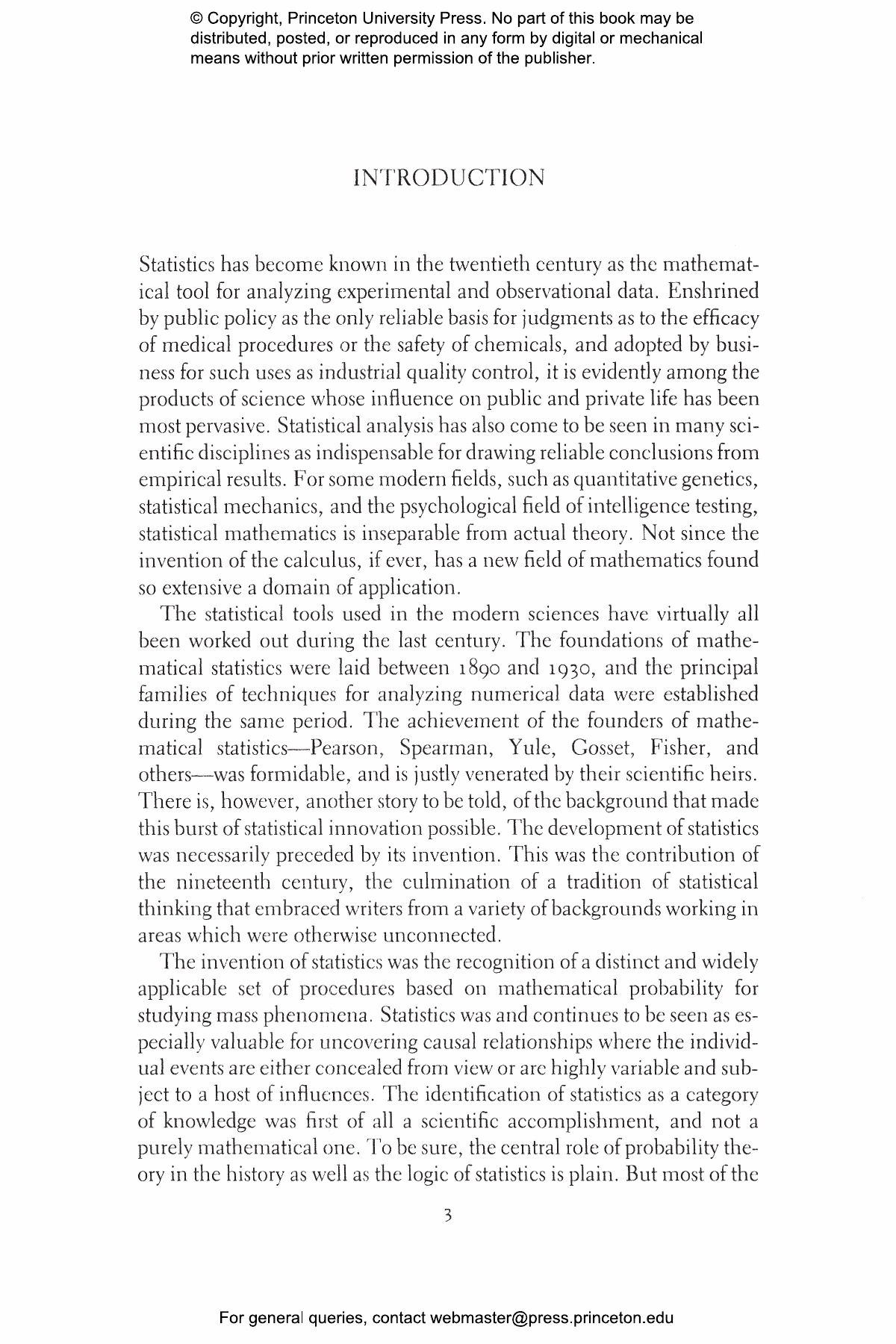 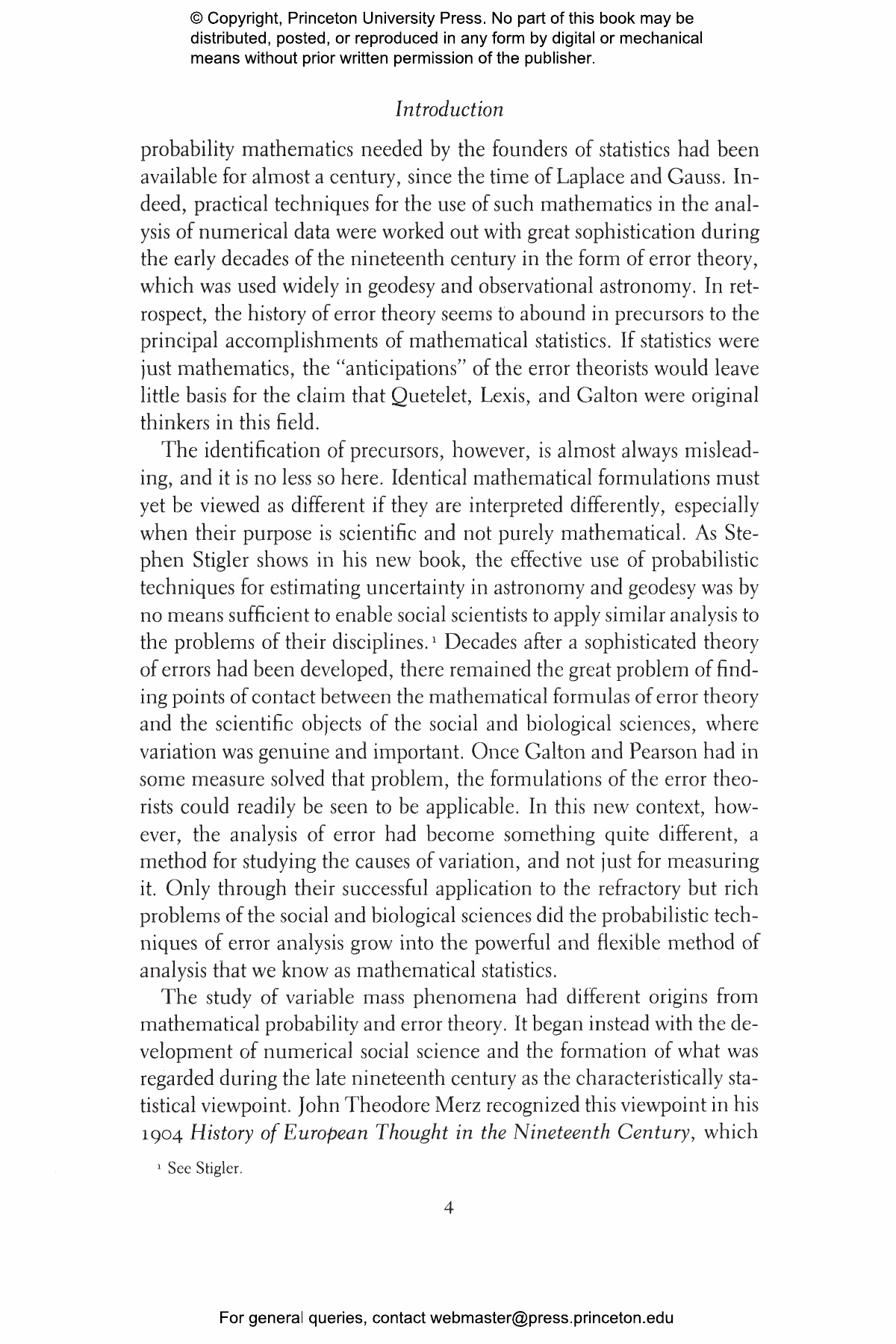 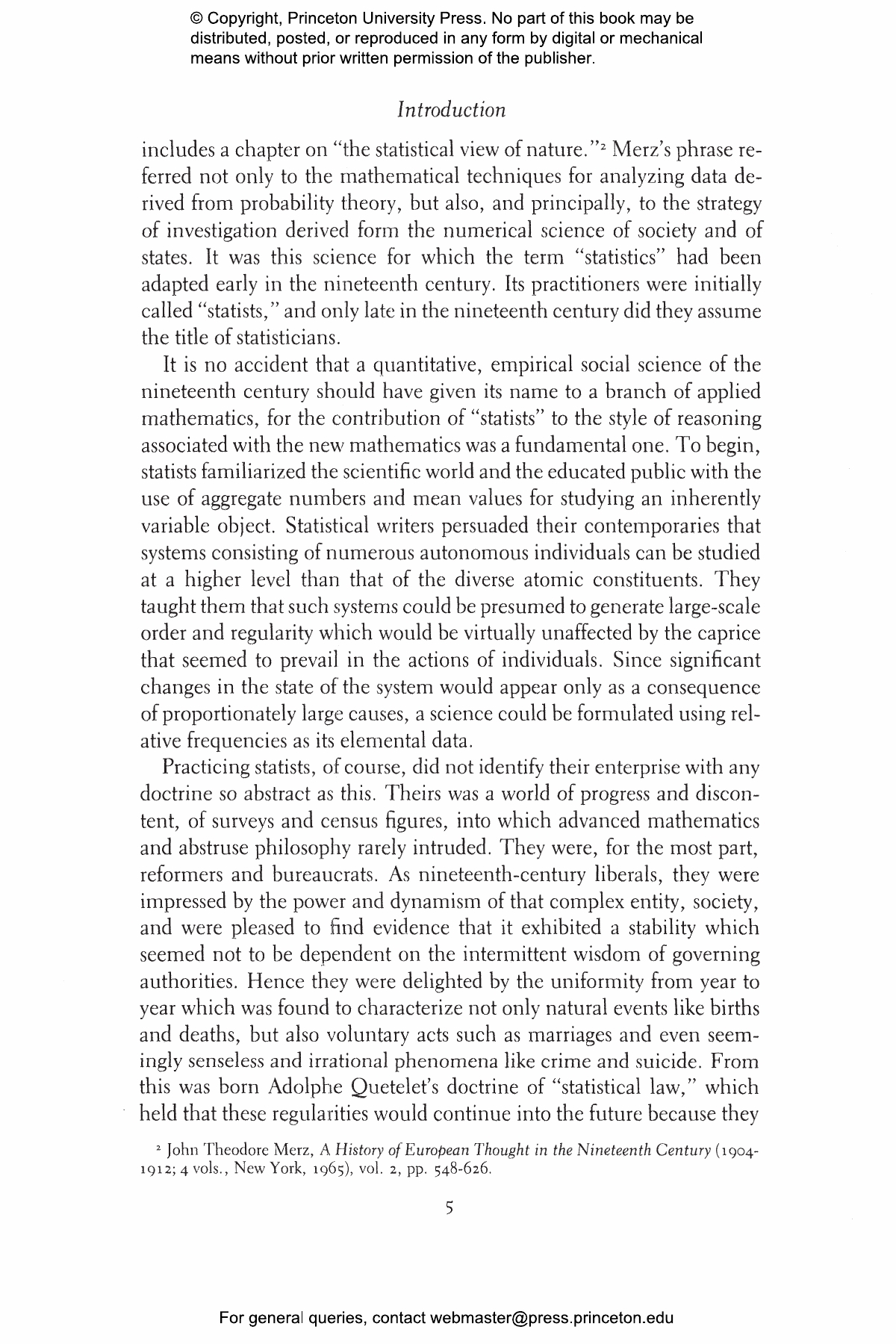 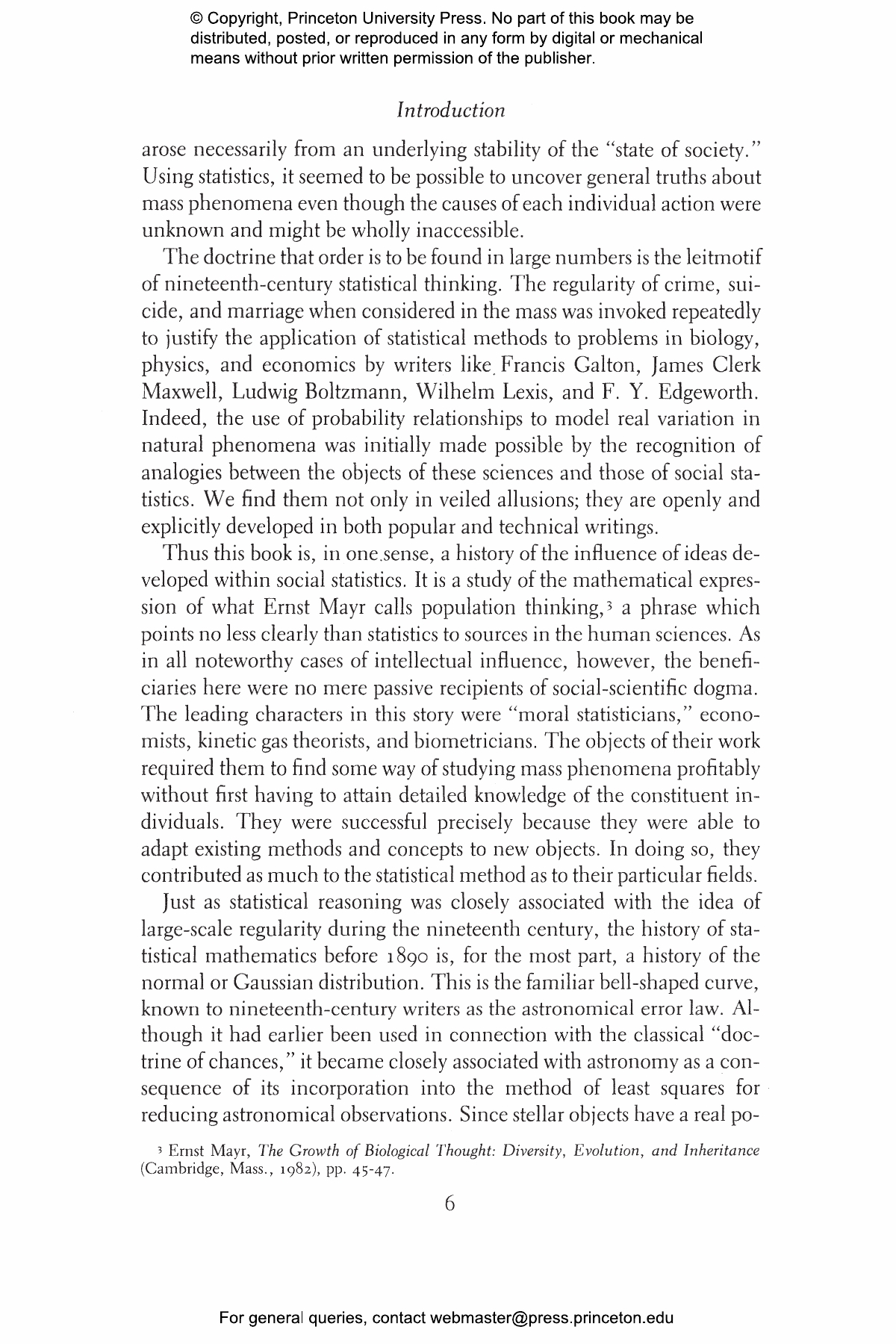 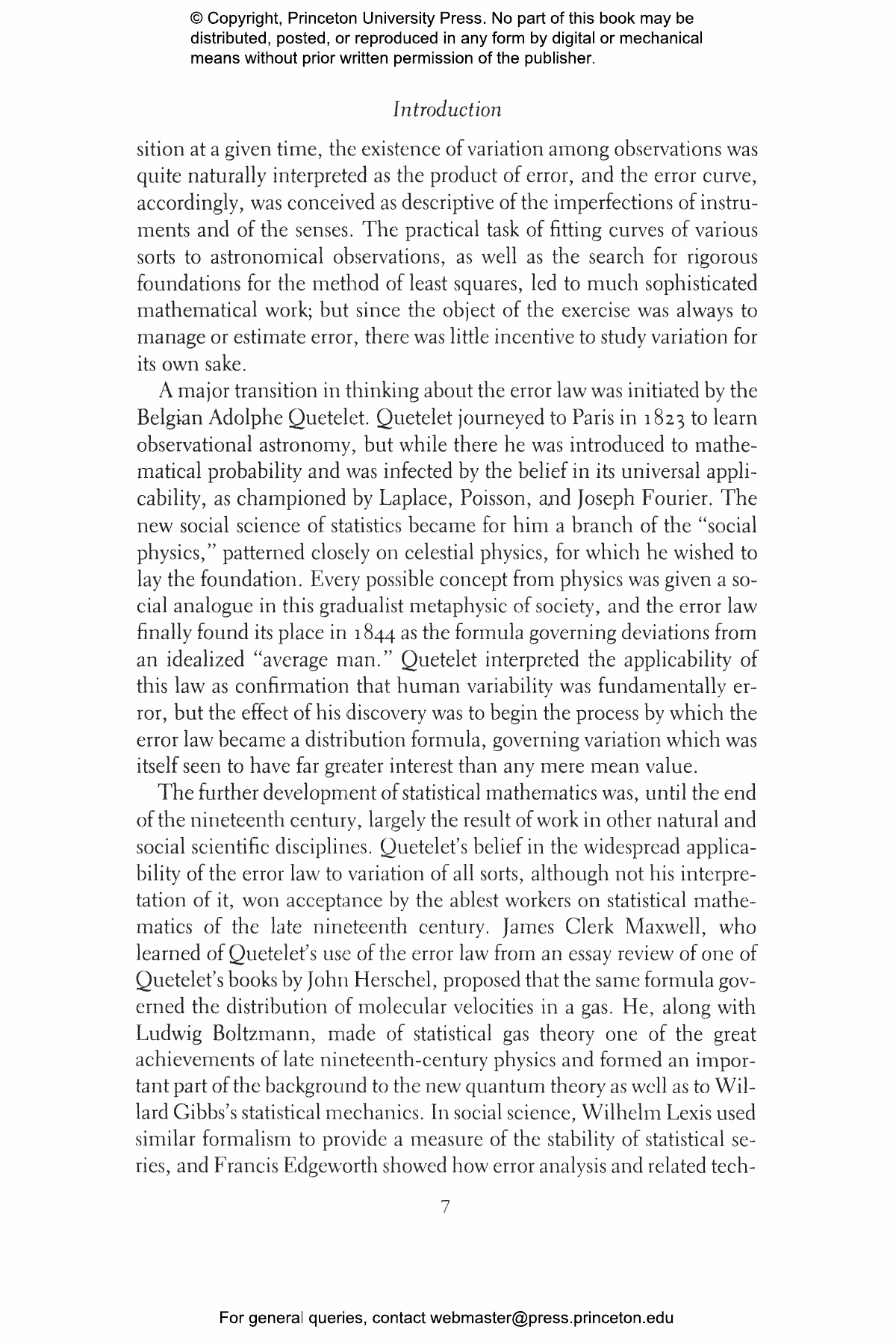 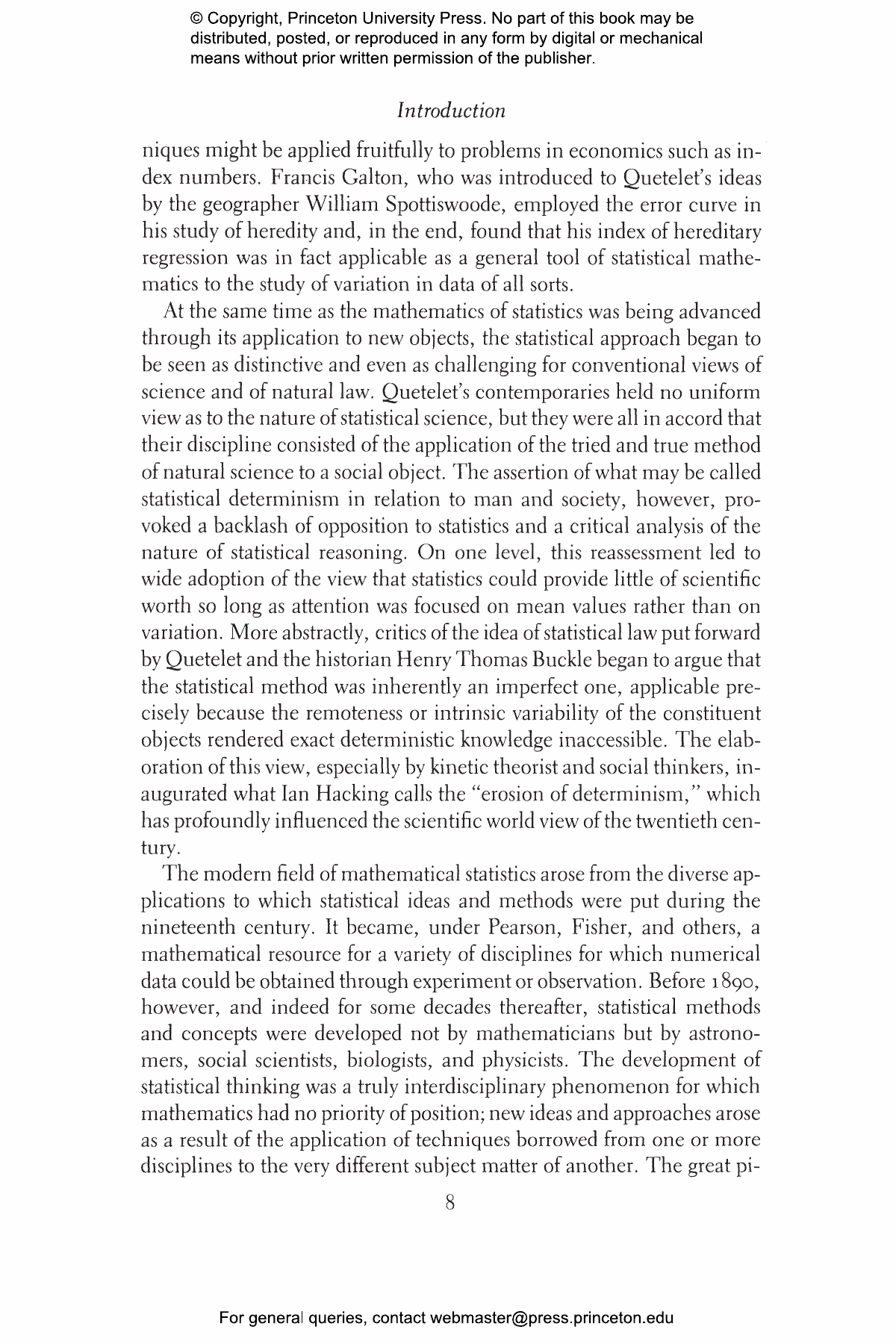 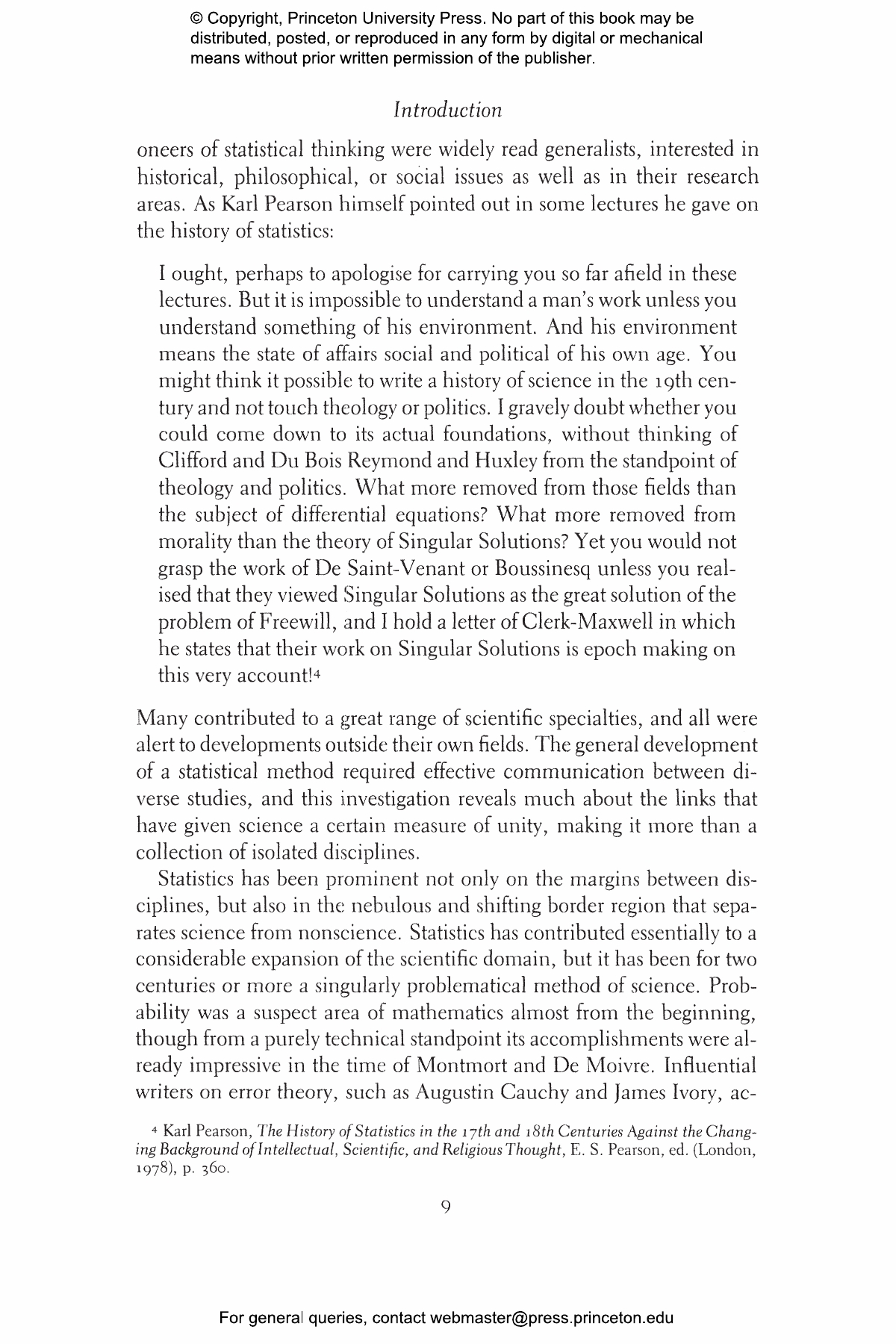 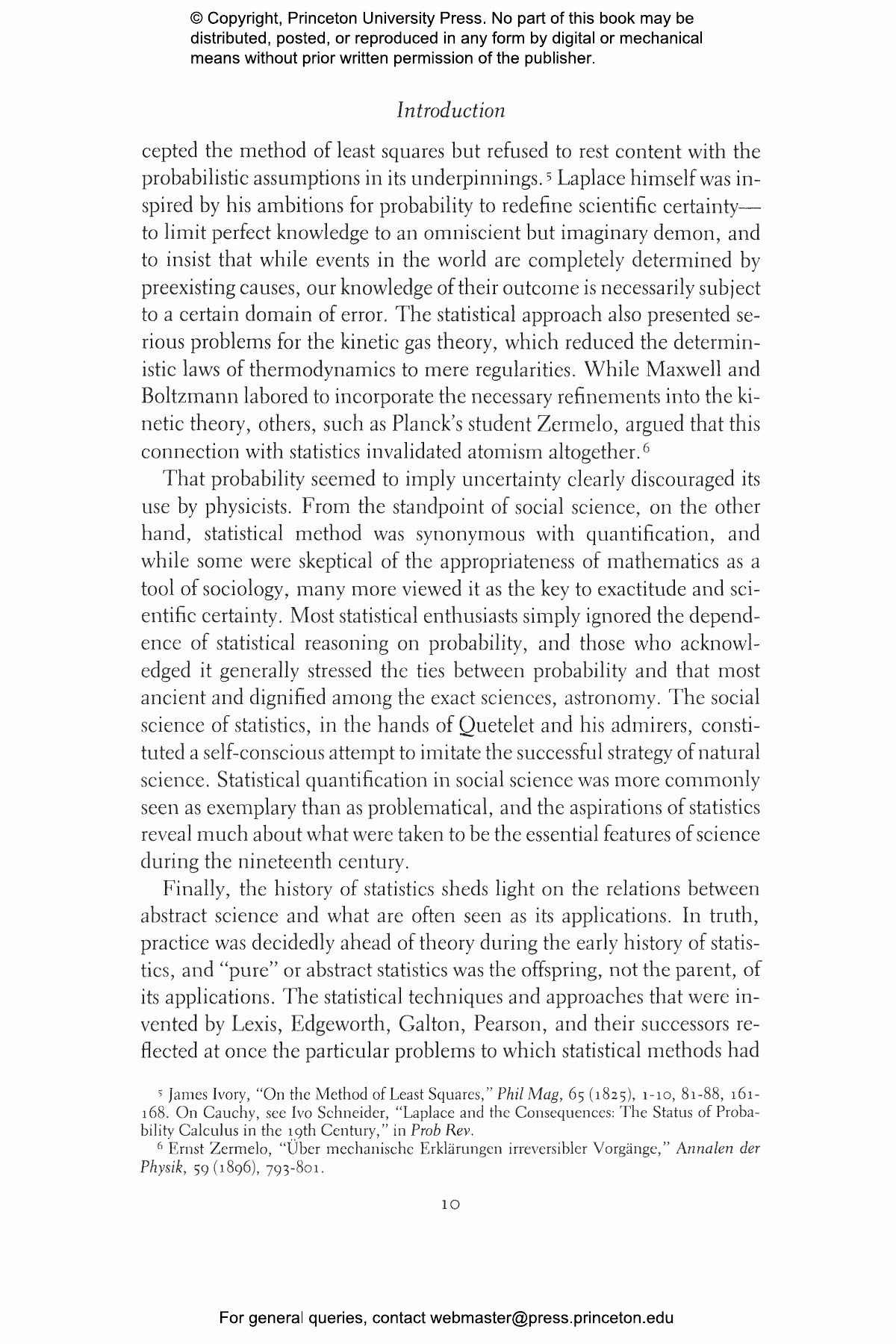 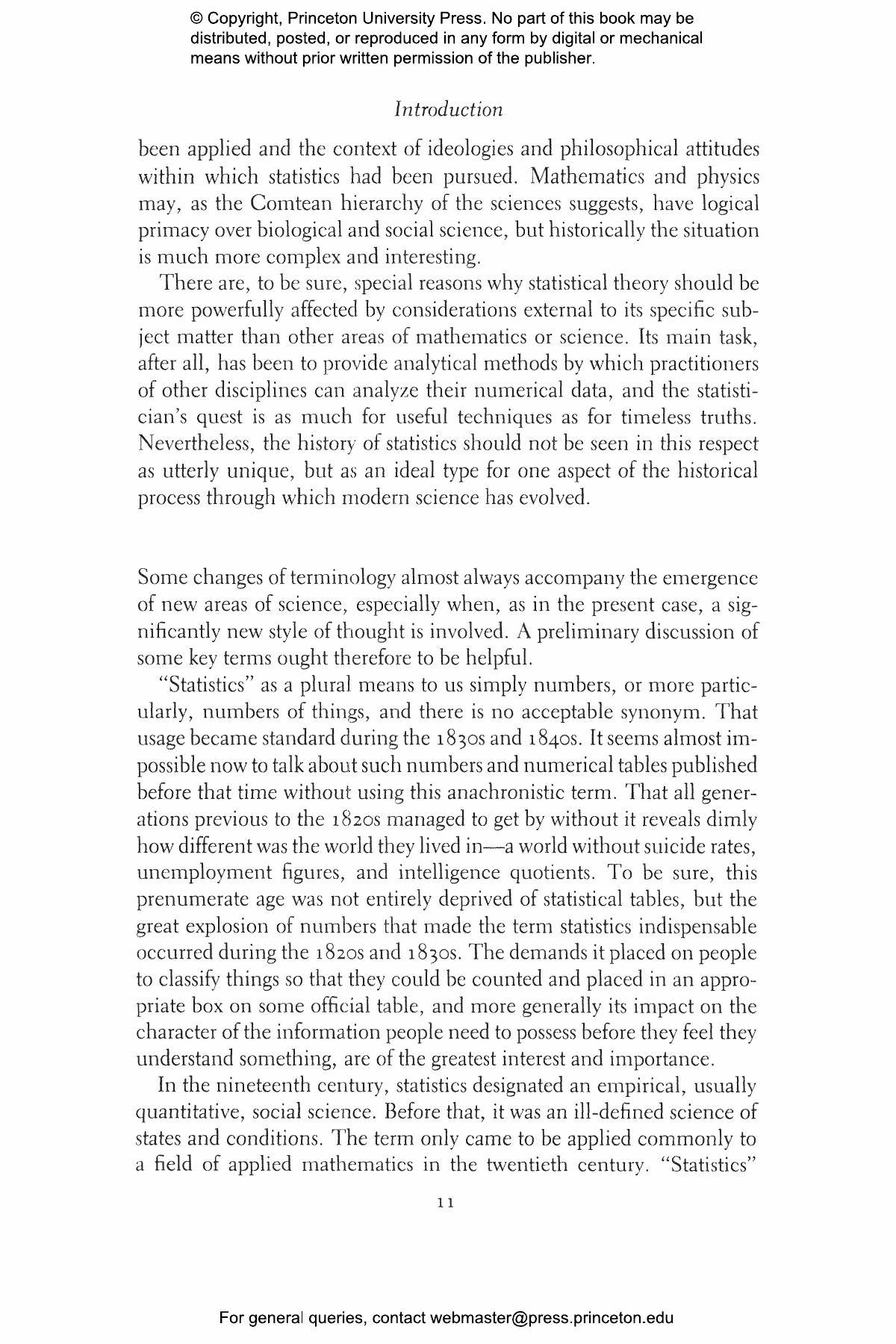 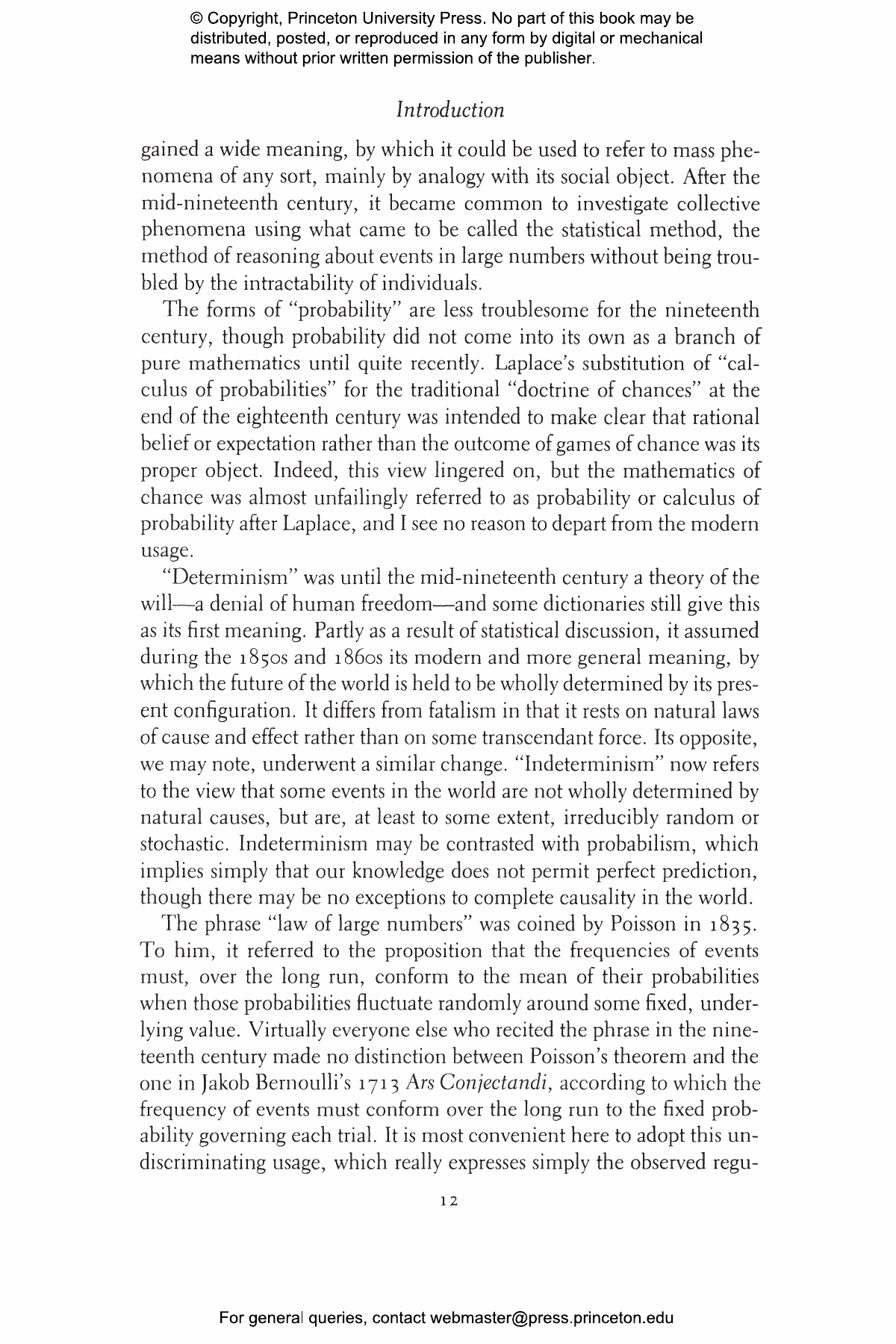 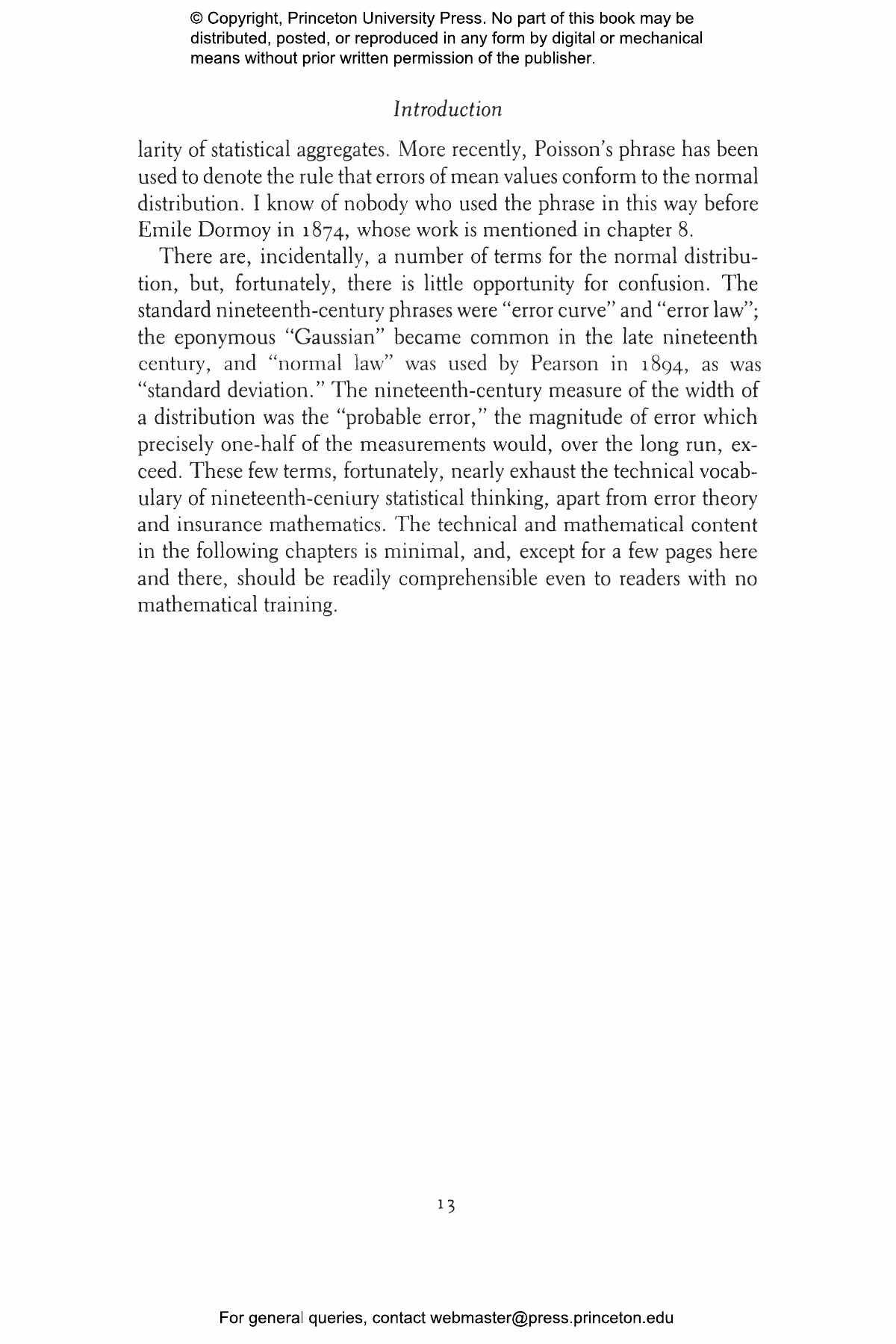 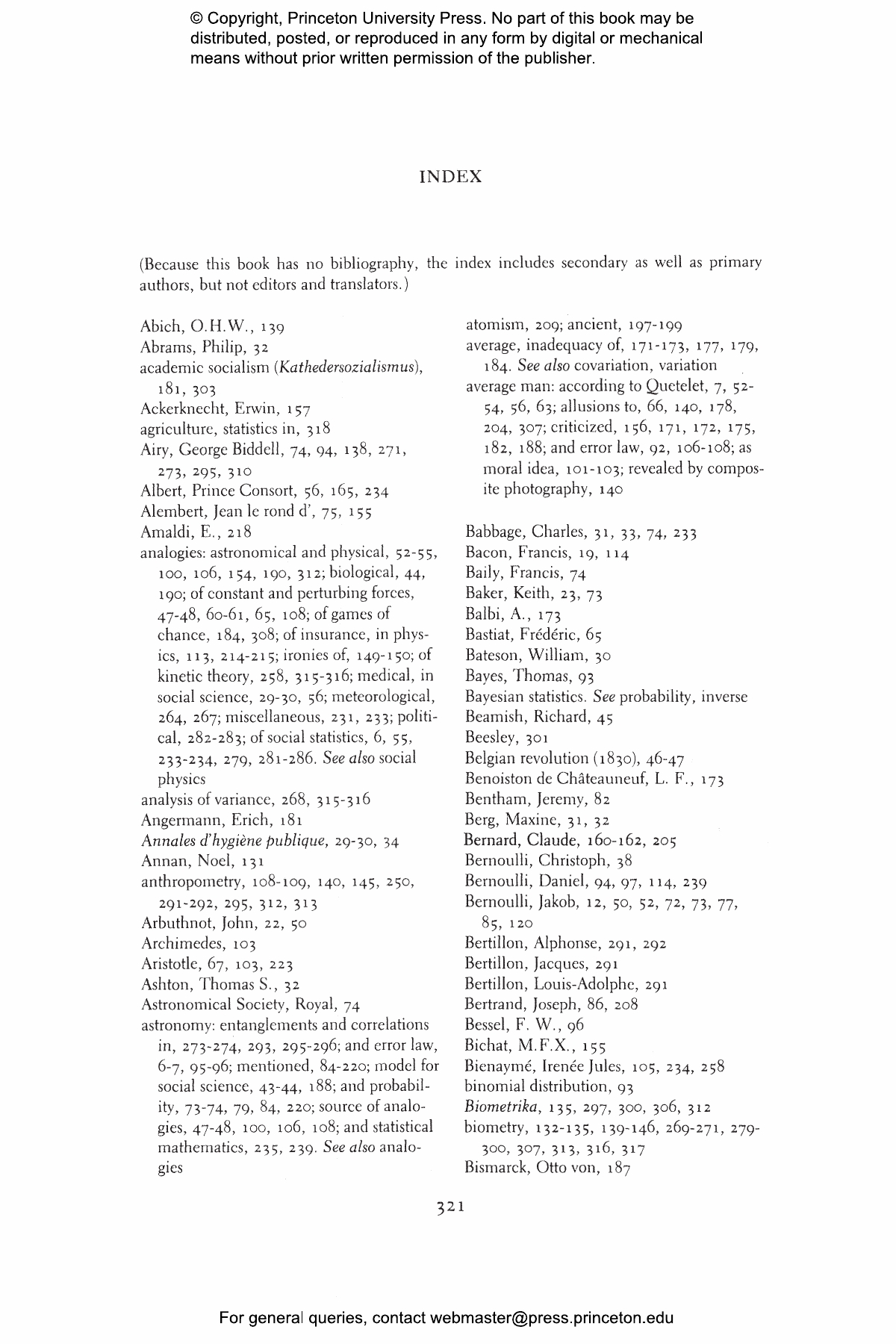 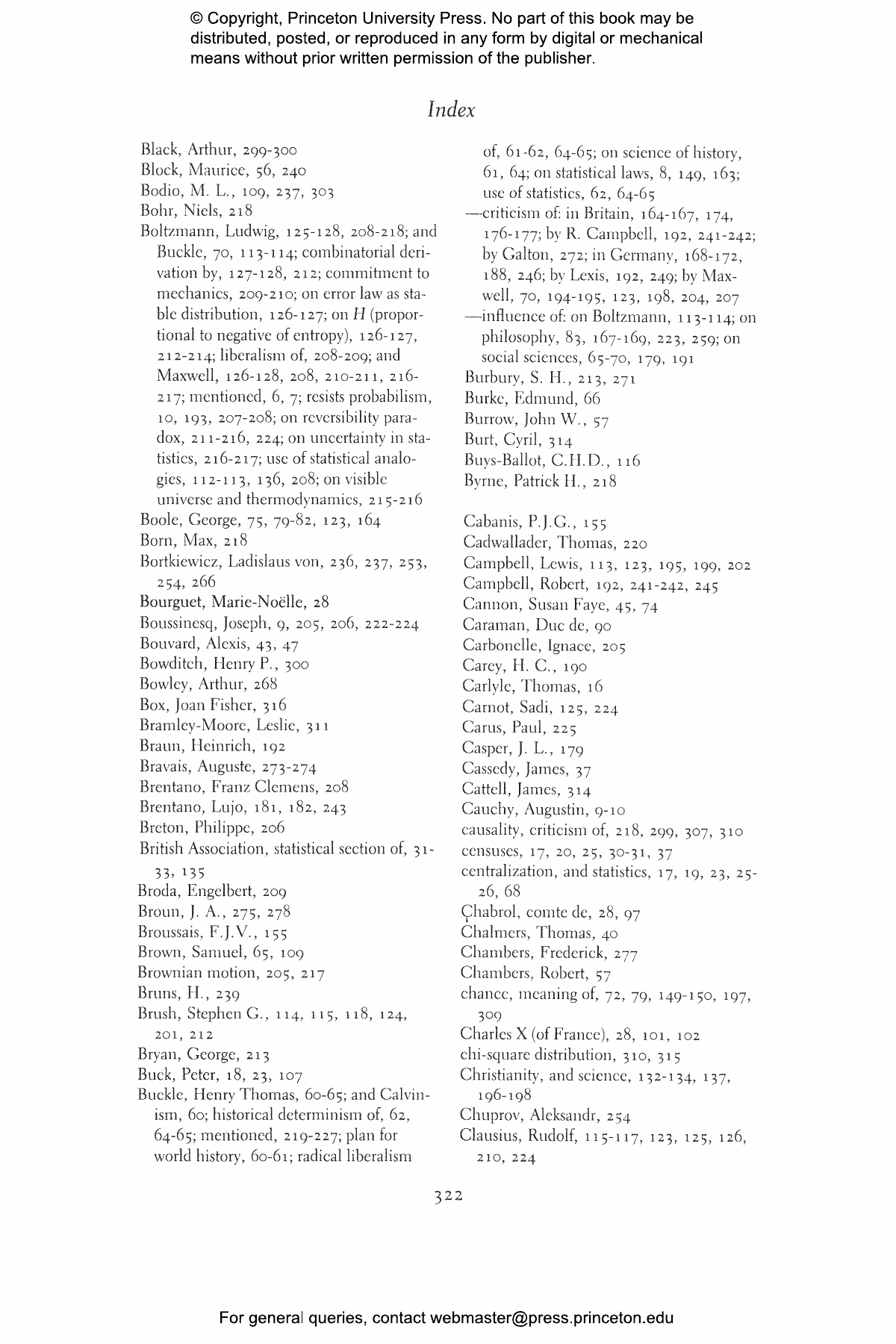 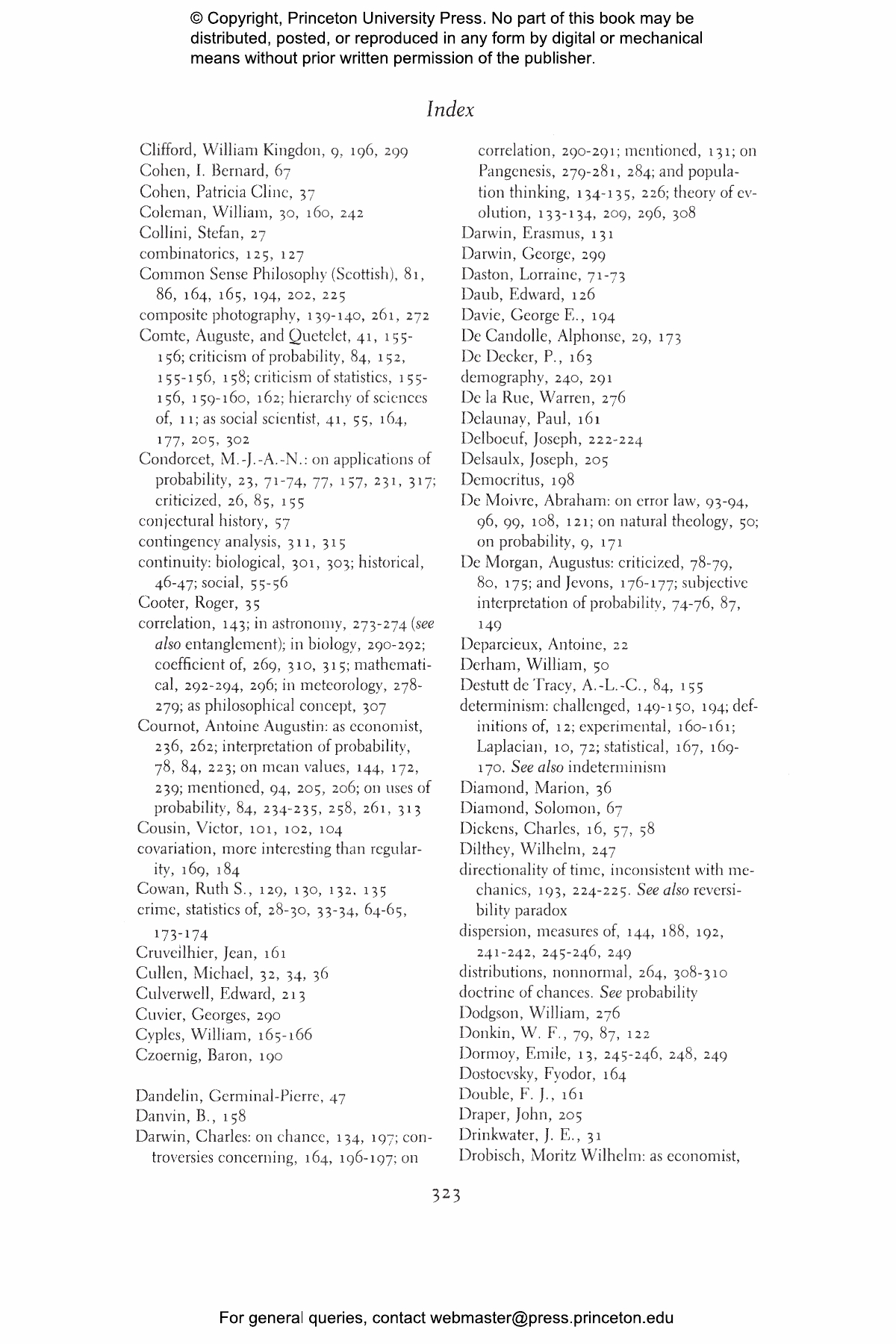 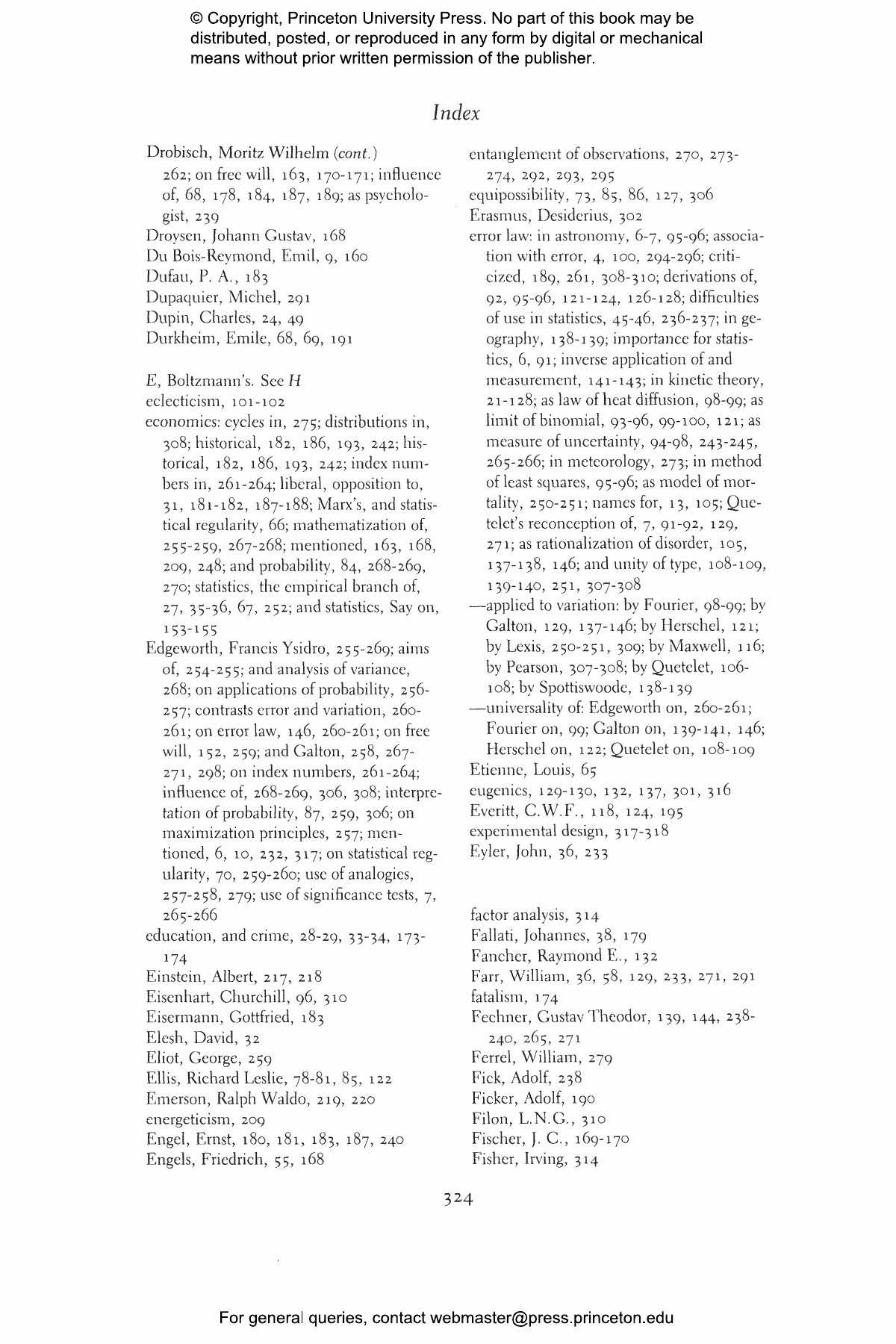 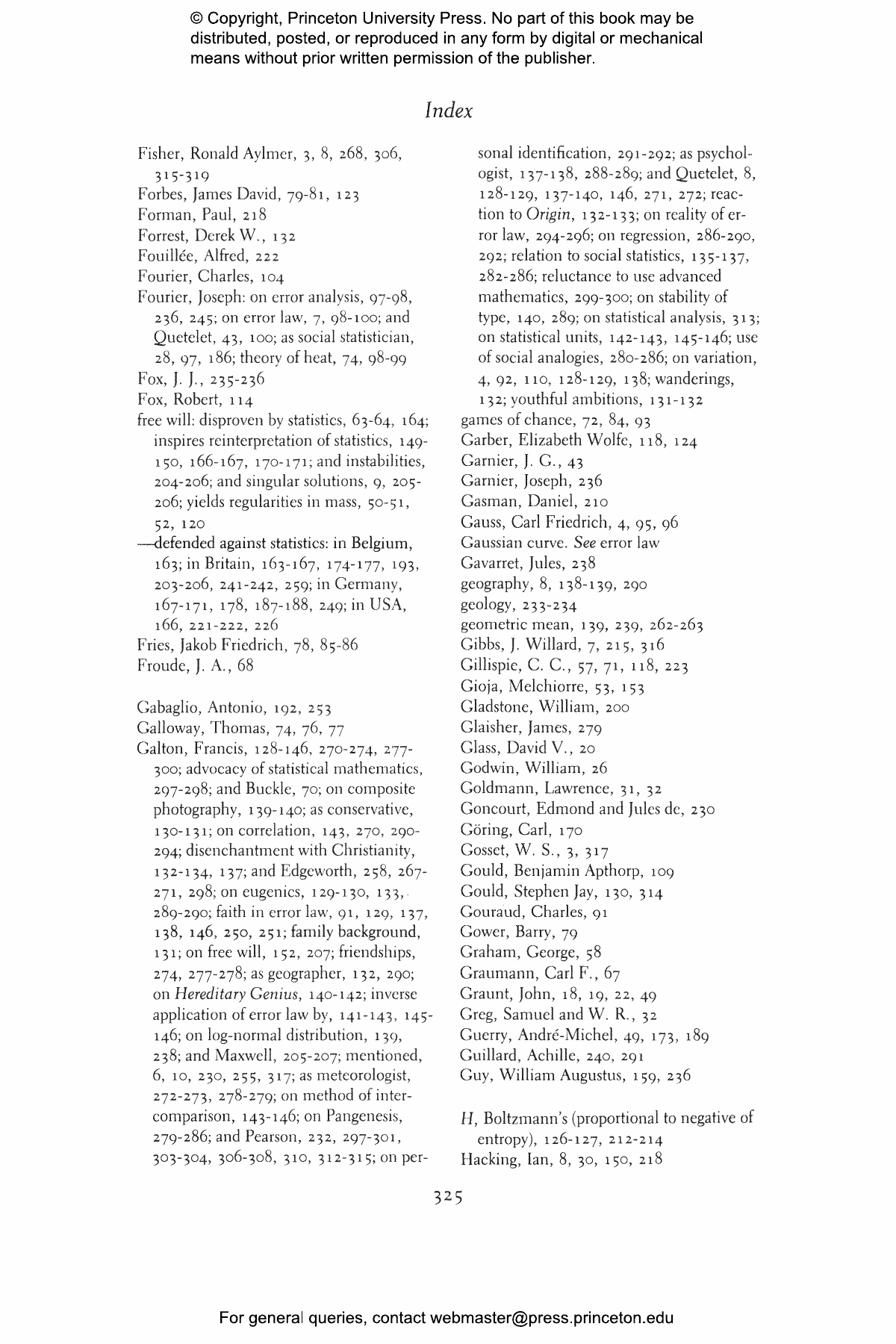 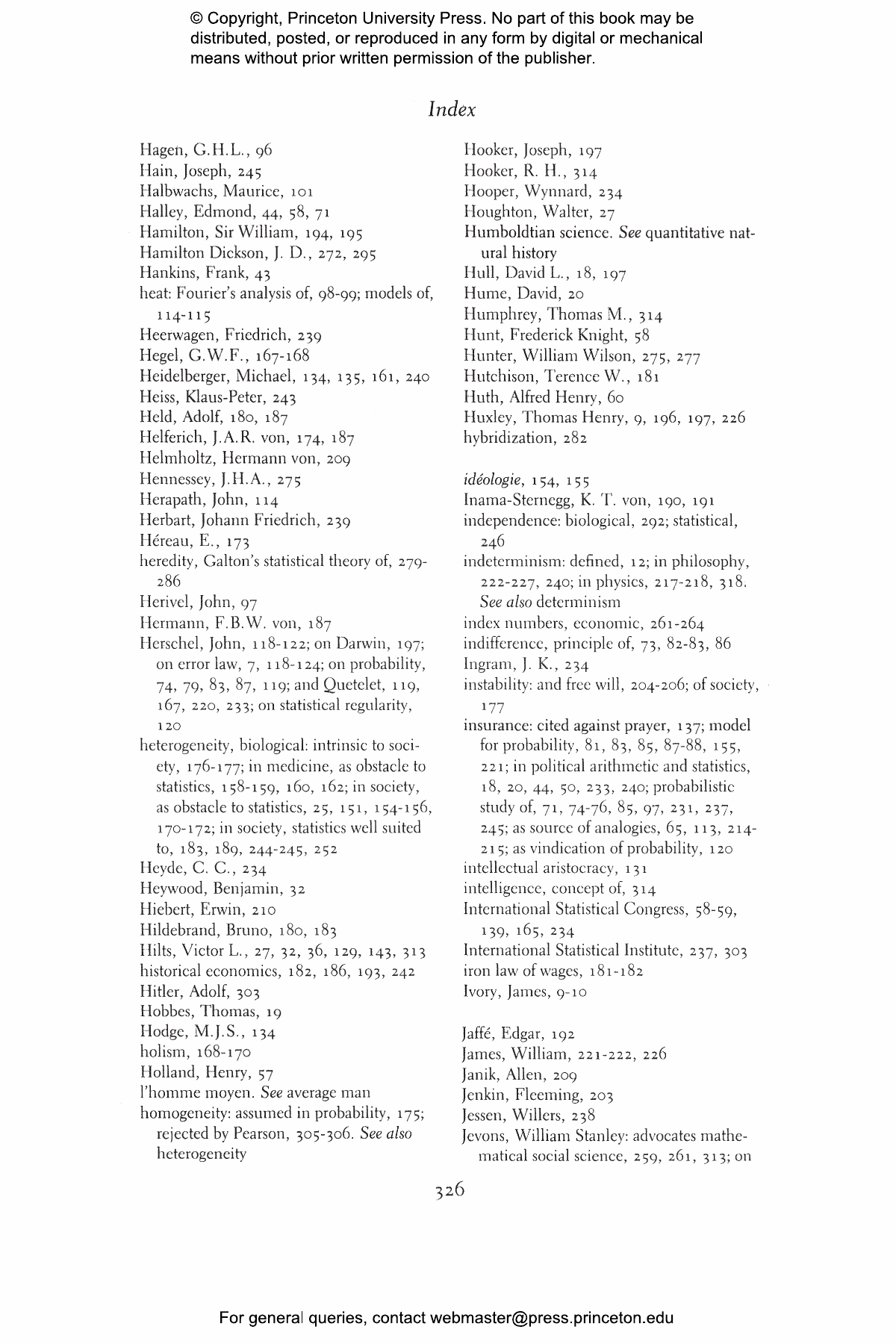 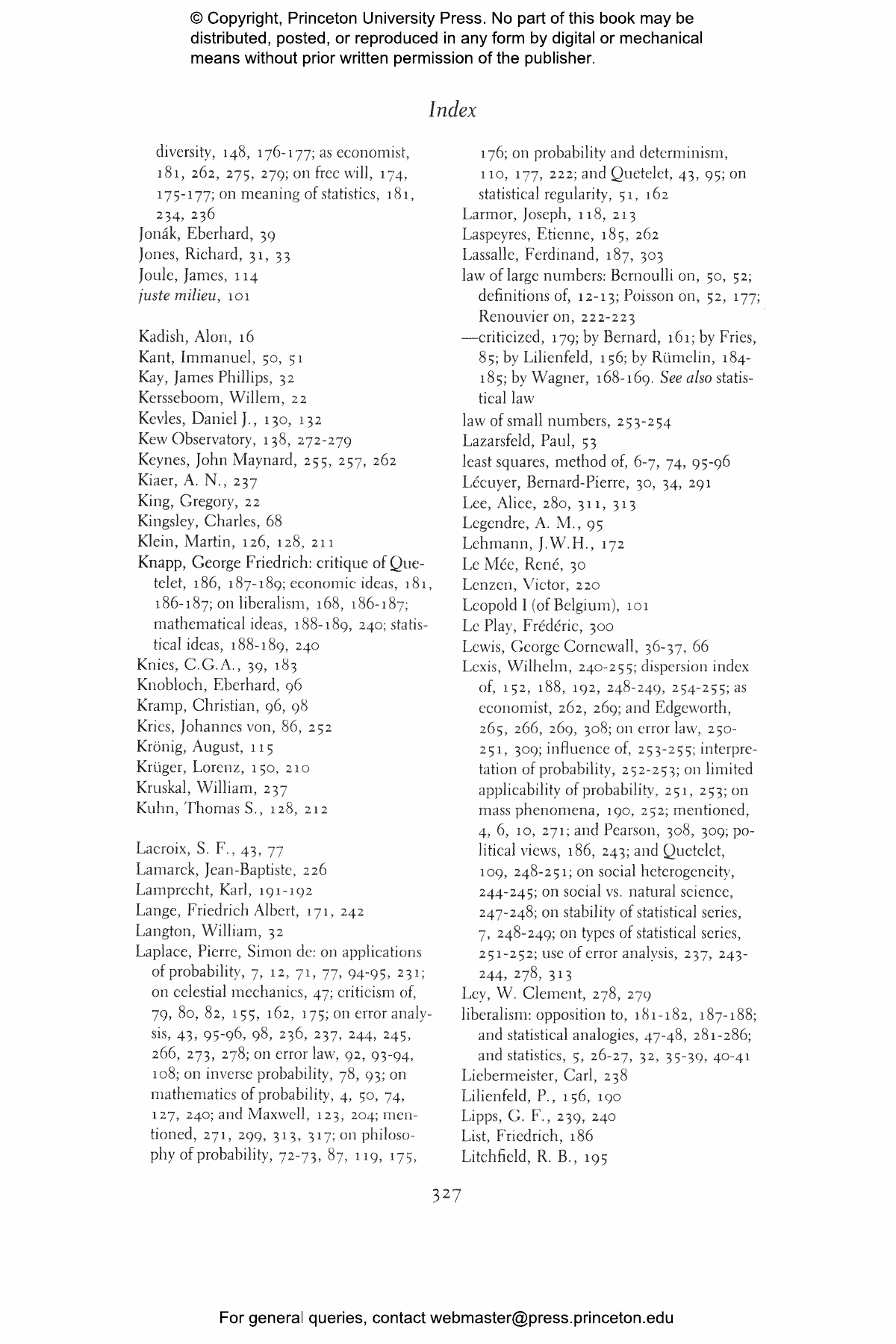 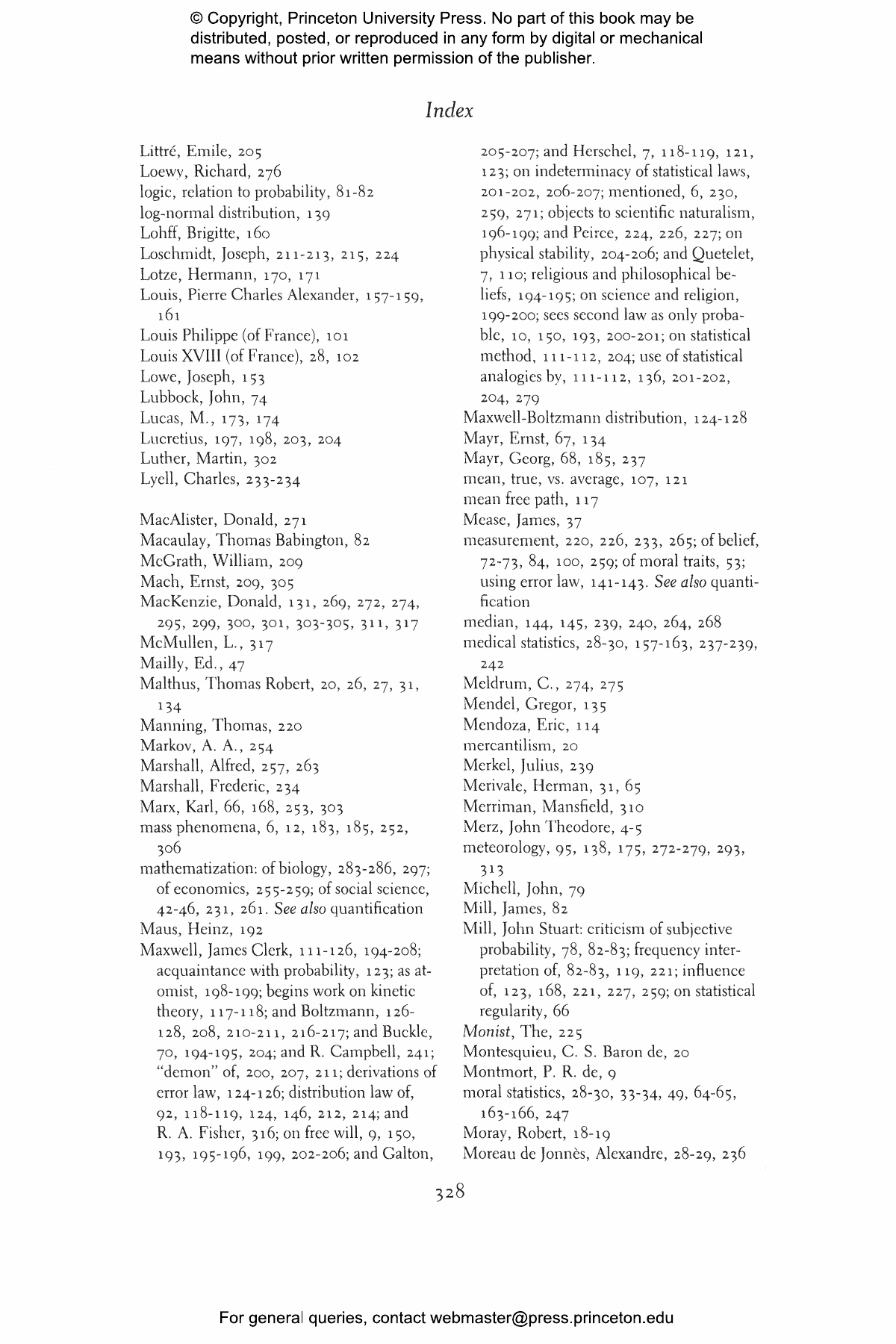 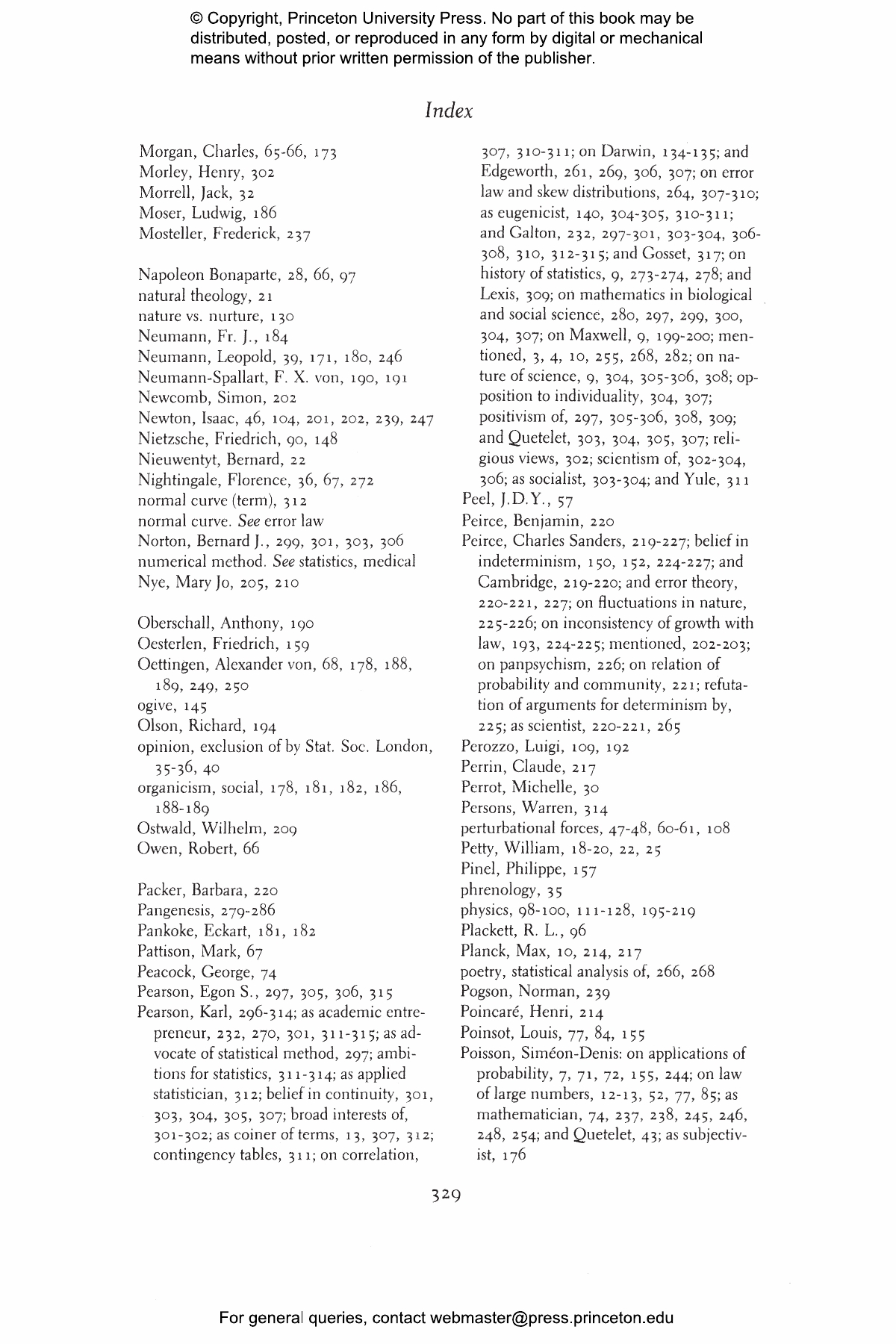 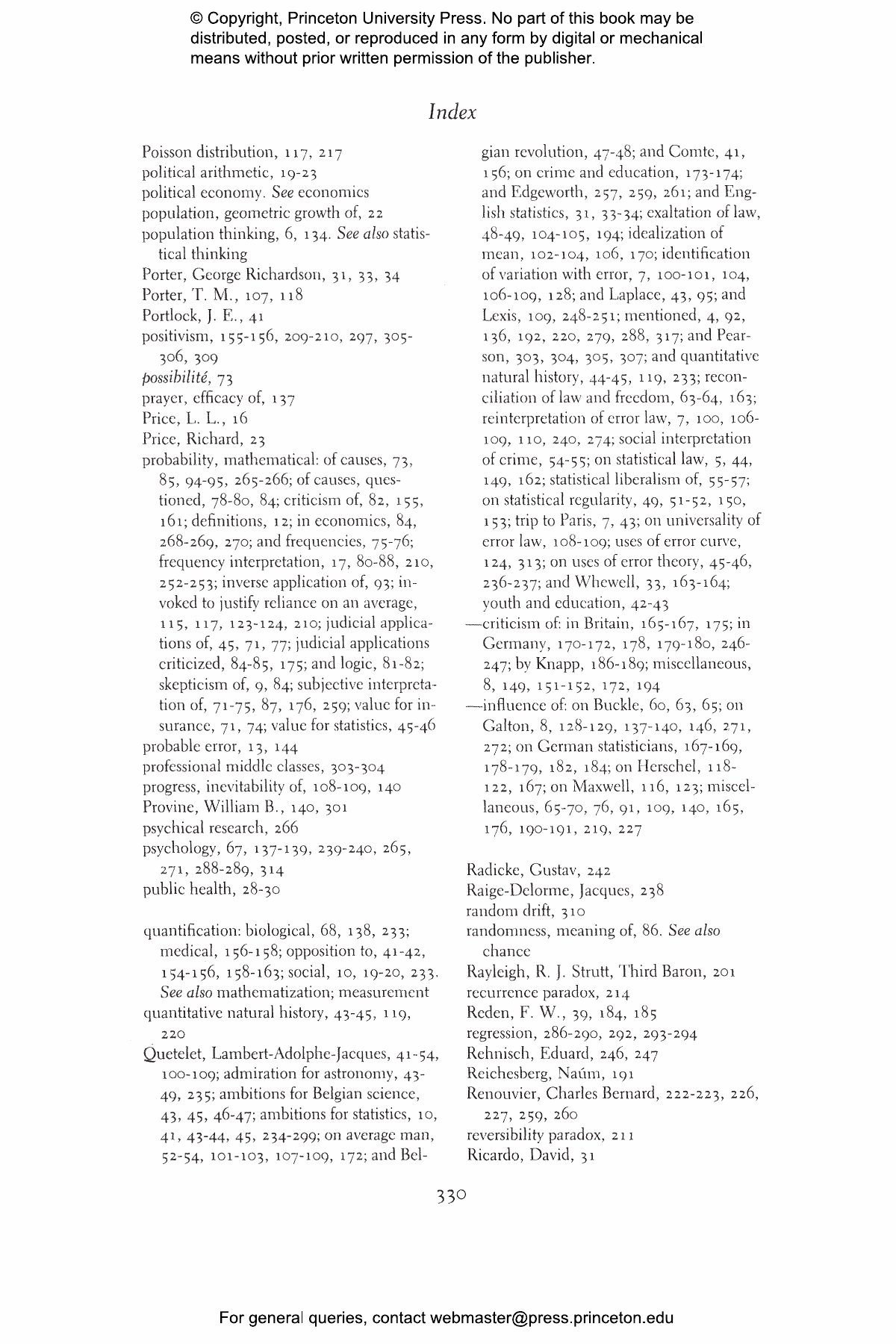 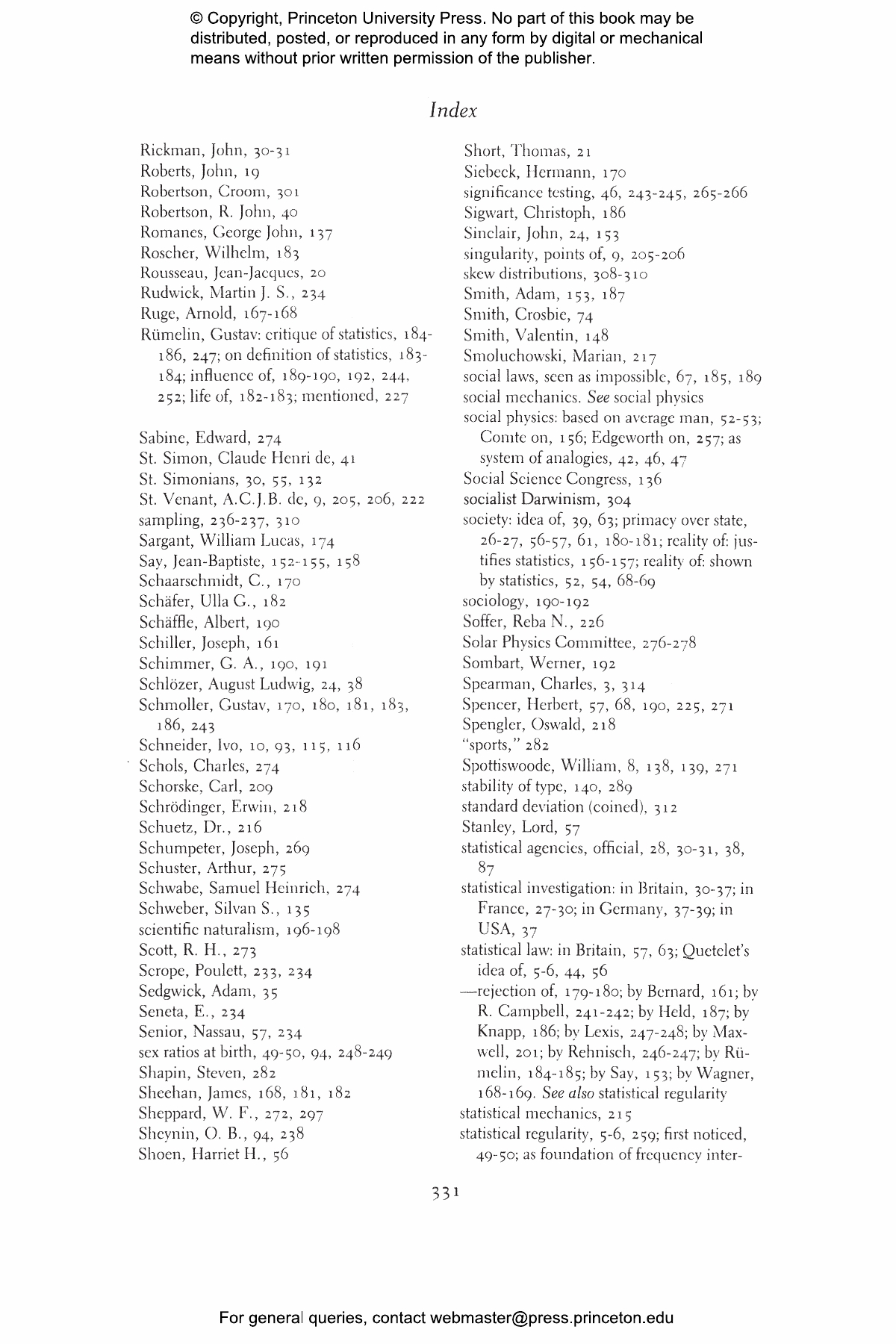 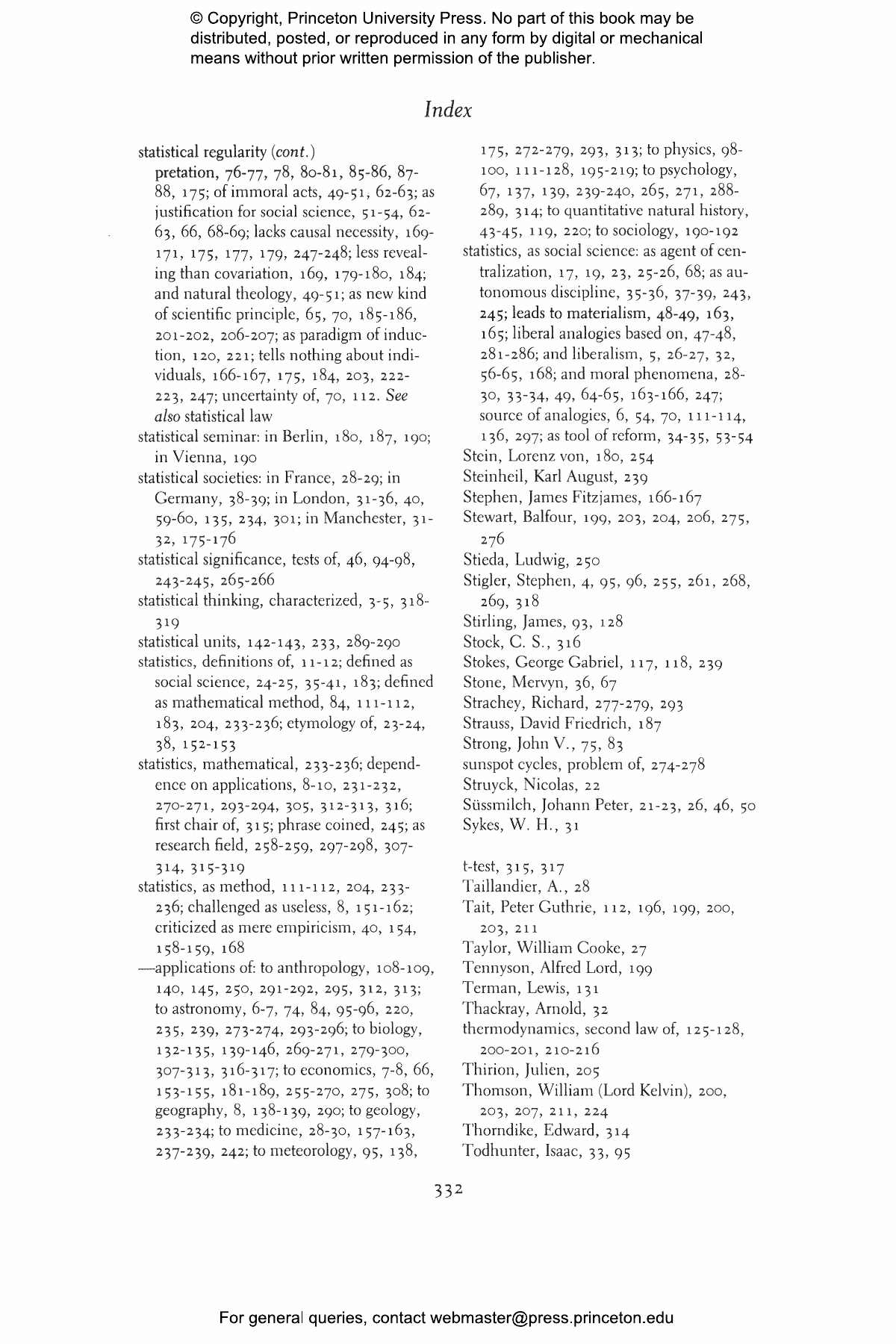 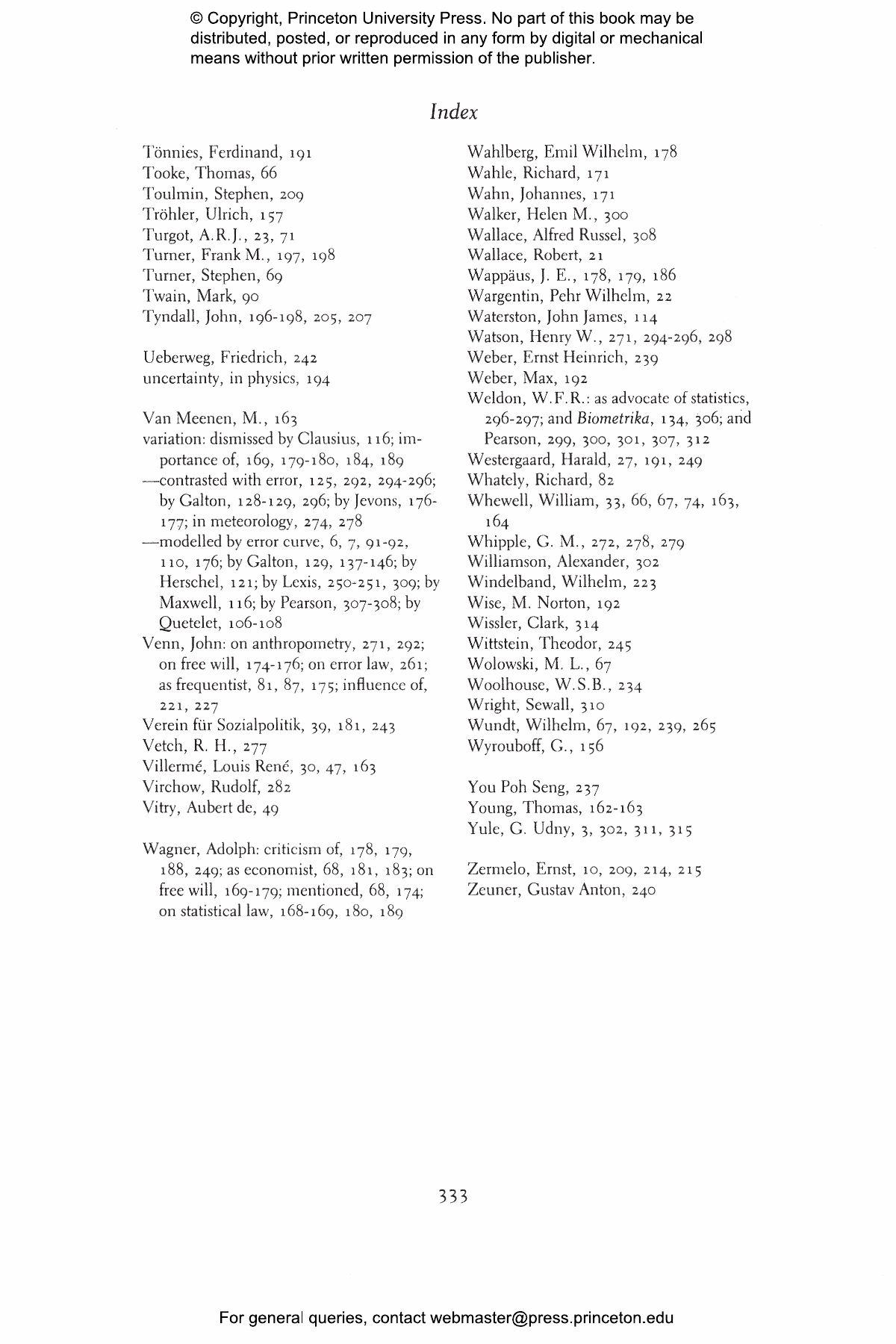 An essential work on the origins of statistics 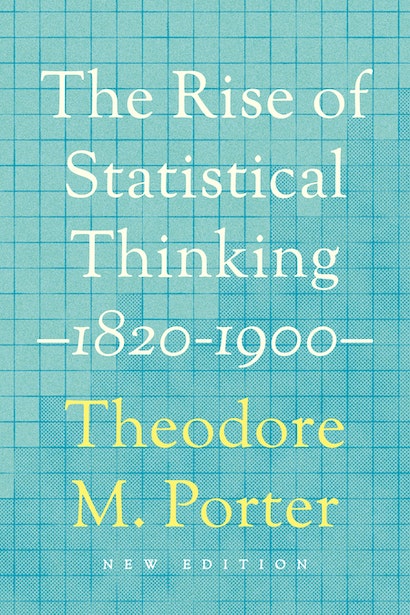 The Rise of Statistical Thinking, 1820–1900 explores the history of statistics from the field’s origins in the nineteenth century through to the factors that produced the burst of modern statistical innovation in the early twentieth century. Theodore Porter shows that statistics was not developed by mathematicians and then applied to the sciences and social sciences. Rather, the field came into being through the efforts of social scientists, who saw a need for statistical tools in their examination of society. Pioneering statistical physicists and biologists James Clerk Maxwell, Ludwig Boltzmann, and Francis Galton introduced statistical models to the sciences by pointing to analogies between their disciplines and the social sciences. A new preface by the author looks at how the book has remained relevant since its initial publication, and considers the current place of statistics in scientific research.

Theodore M. Porter is Distinguished Professor of History at the University of California, Los Angeles. His many books include Trust in Numbers, Karl Pearson, and Genetics in the Madhouse (all Princeton).

"An outstanding feature of Mr. Porter's book is its depiction of the interrelationships between statistics and certain intellectual and social movements. . . . [The book] is unfailingly interesting."—Morris Kline, New York Times Book Review

"The Rise of Statistical Thinking avoids technicalities and concentrates on the flow of ideas between the natural and social sciences. It emphasizes the philosophical issues raised by novel statistical methods, and how they affected the subject's development."—Ian Stewart, Nature