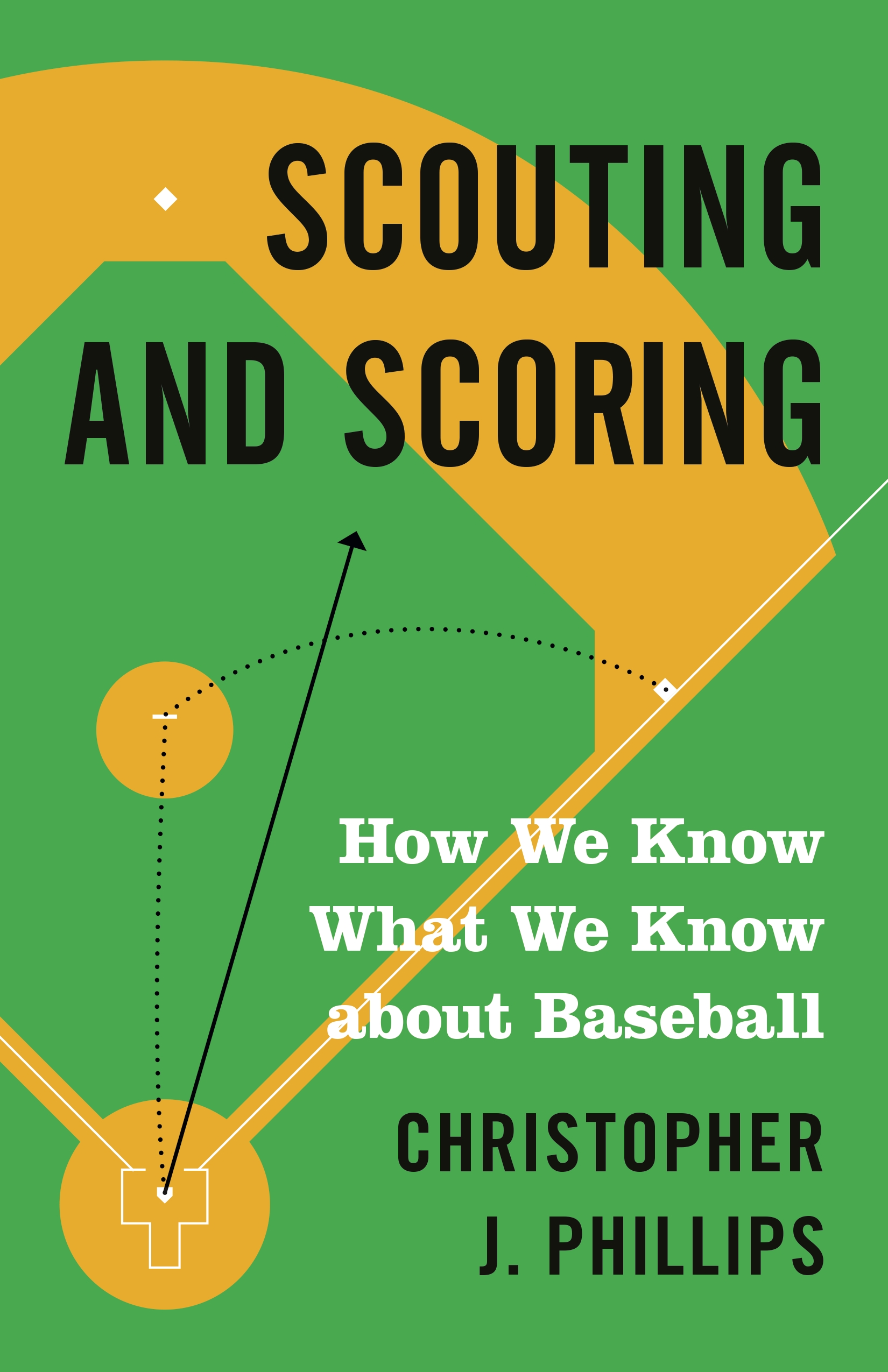 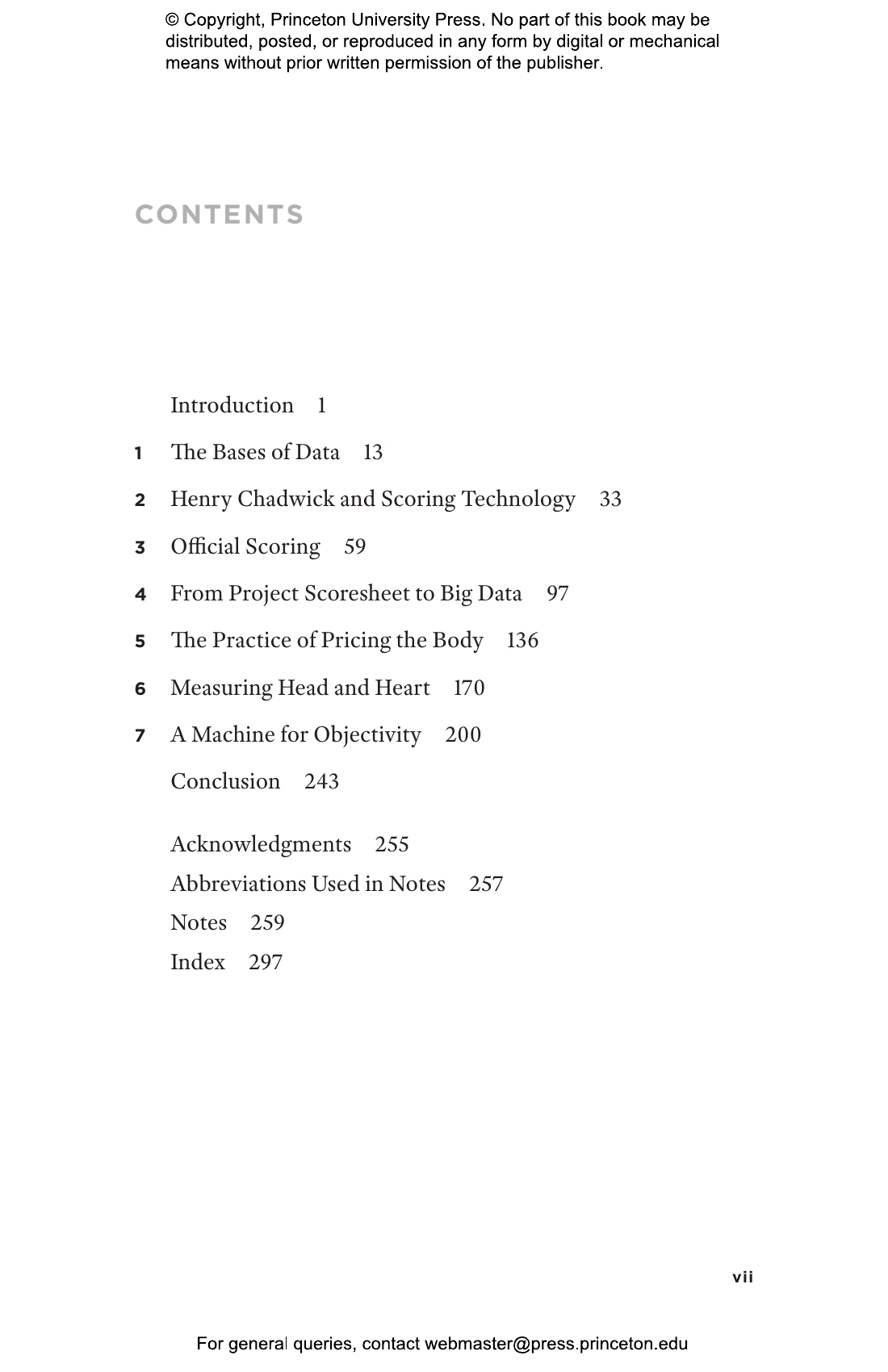 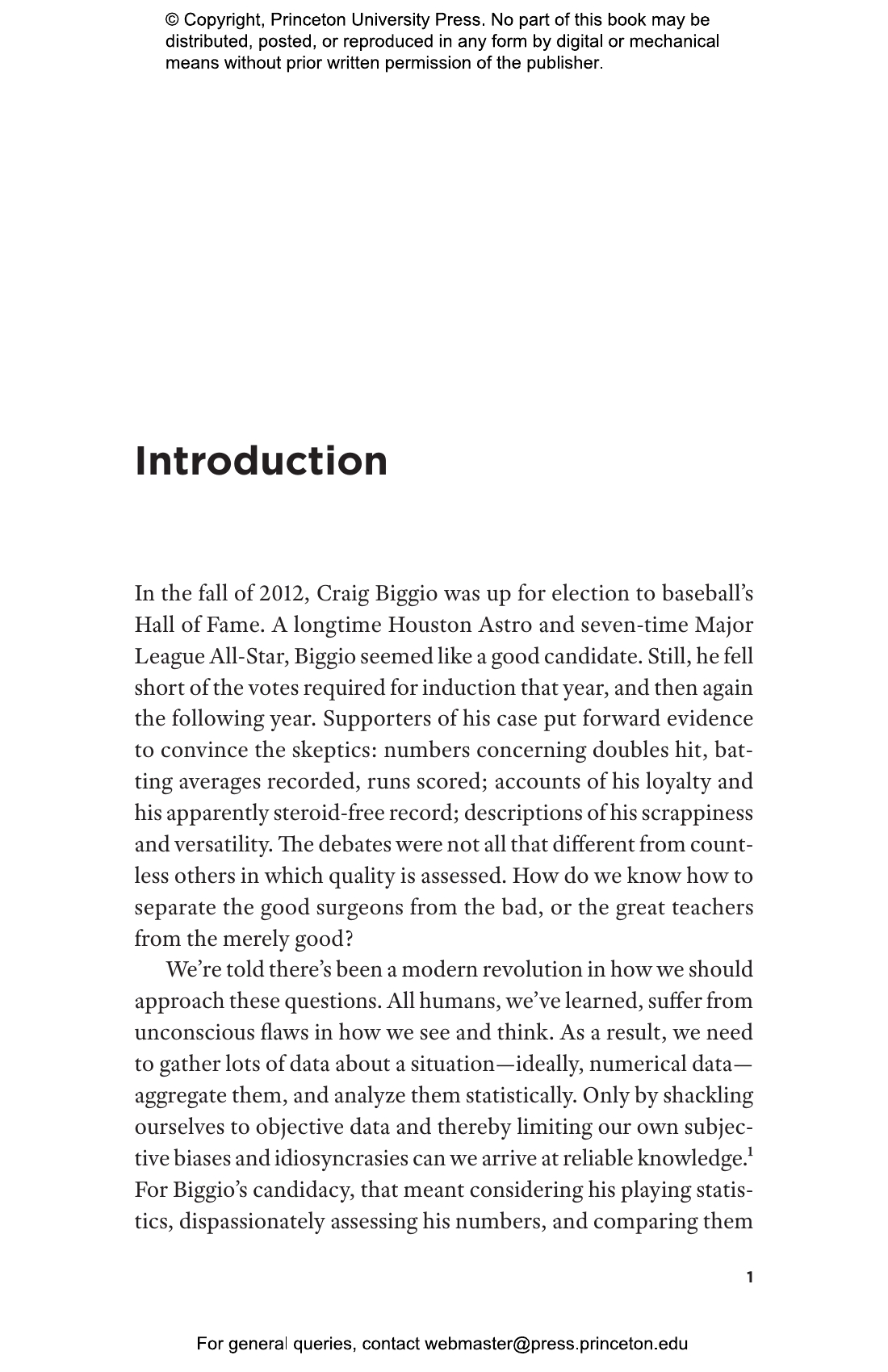 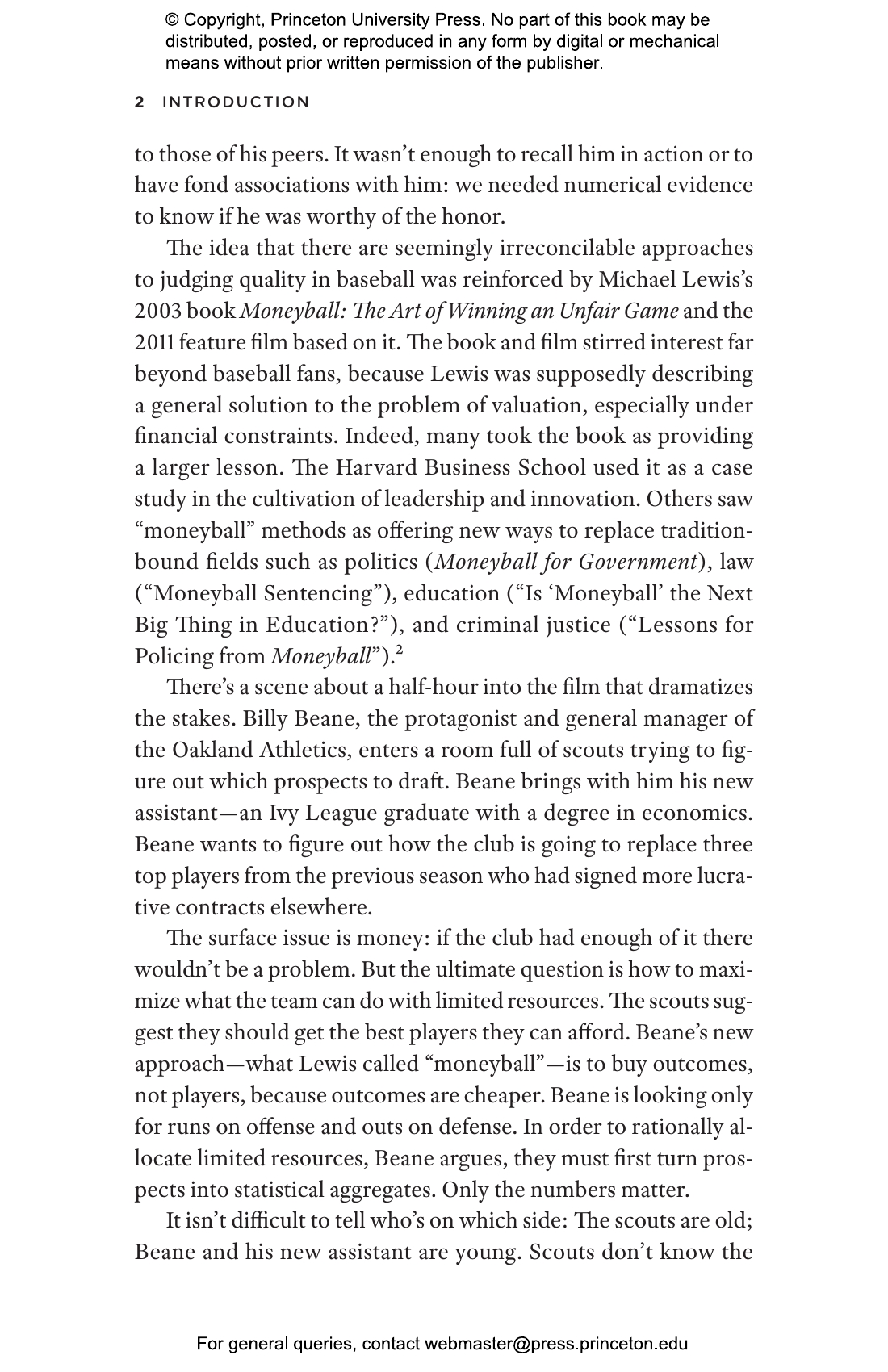 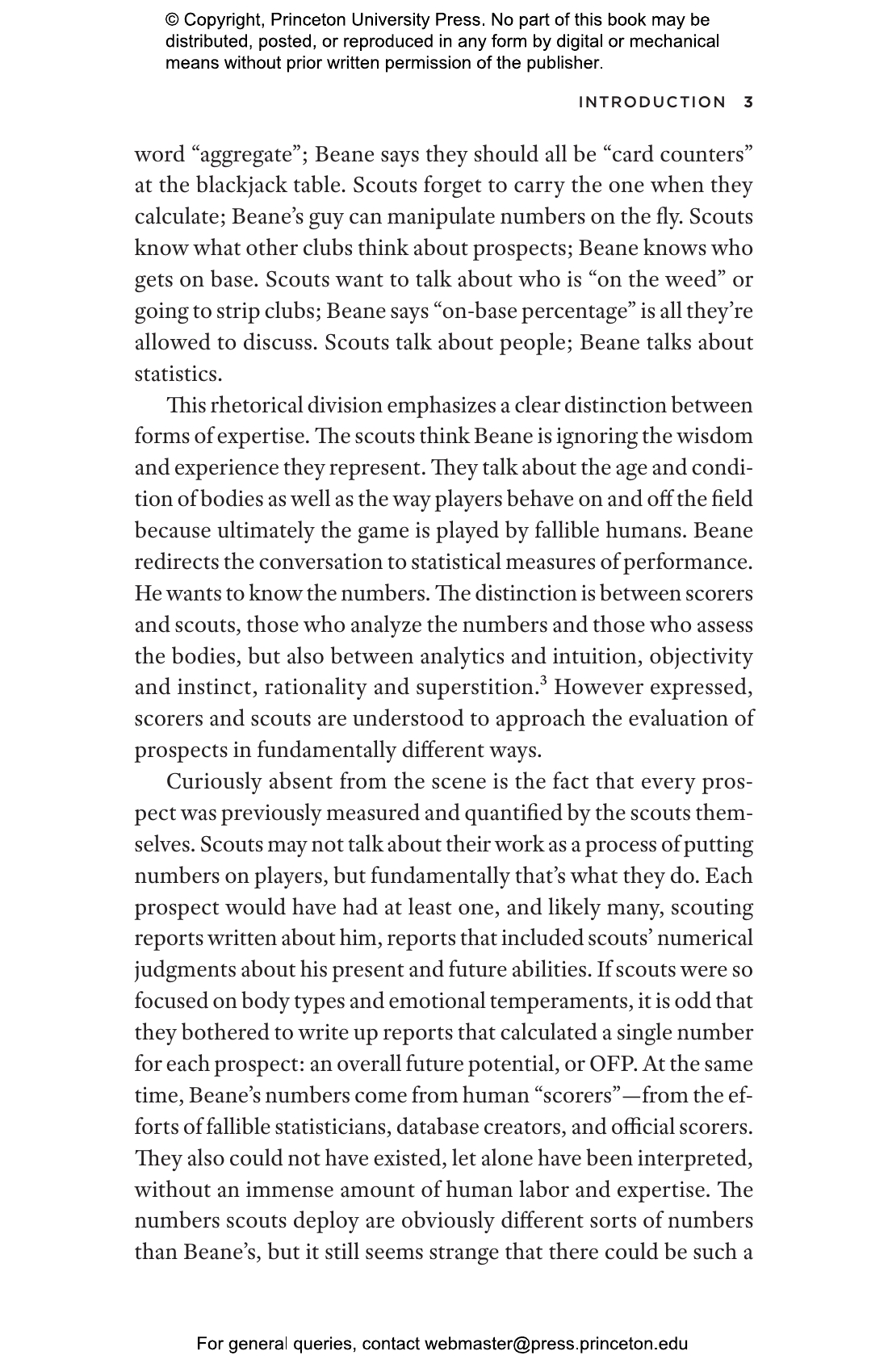 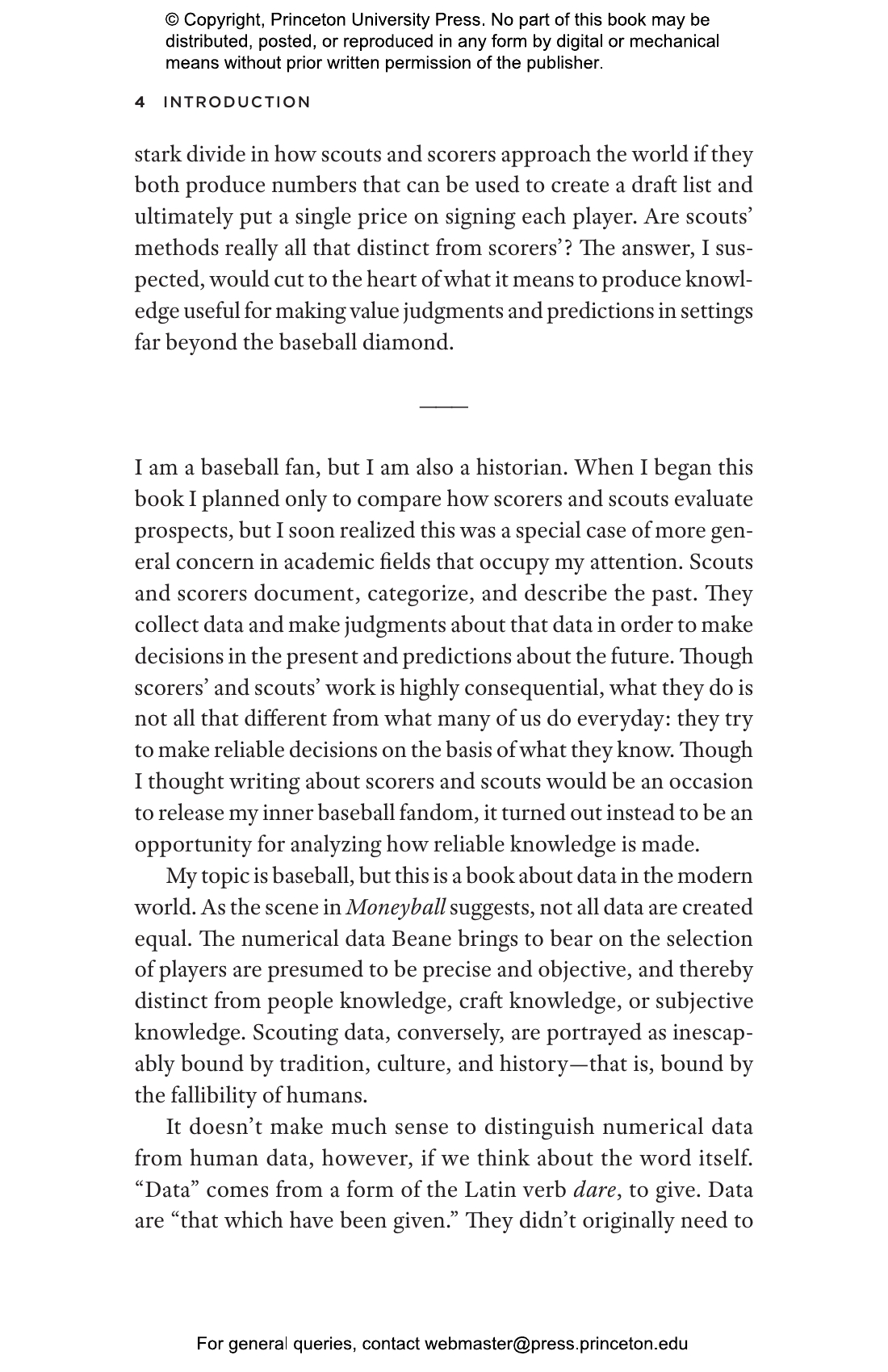 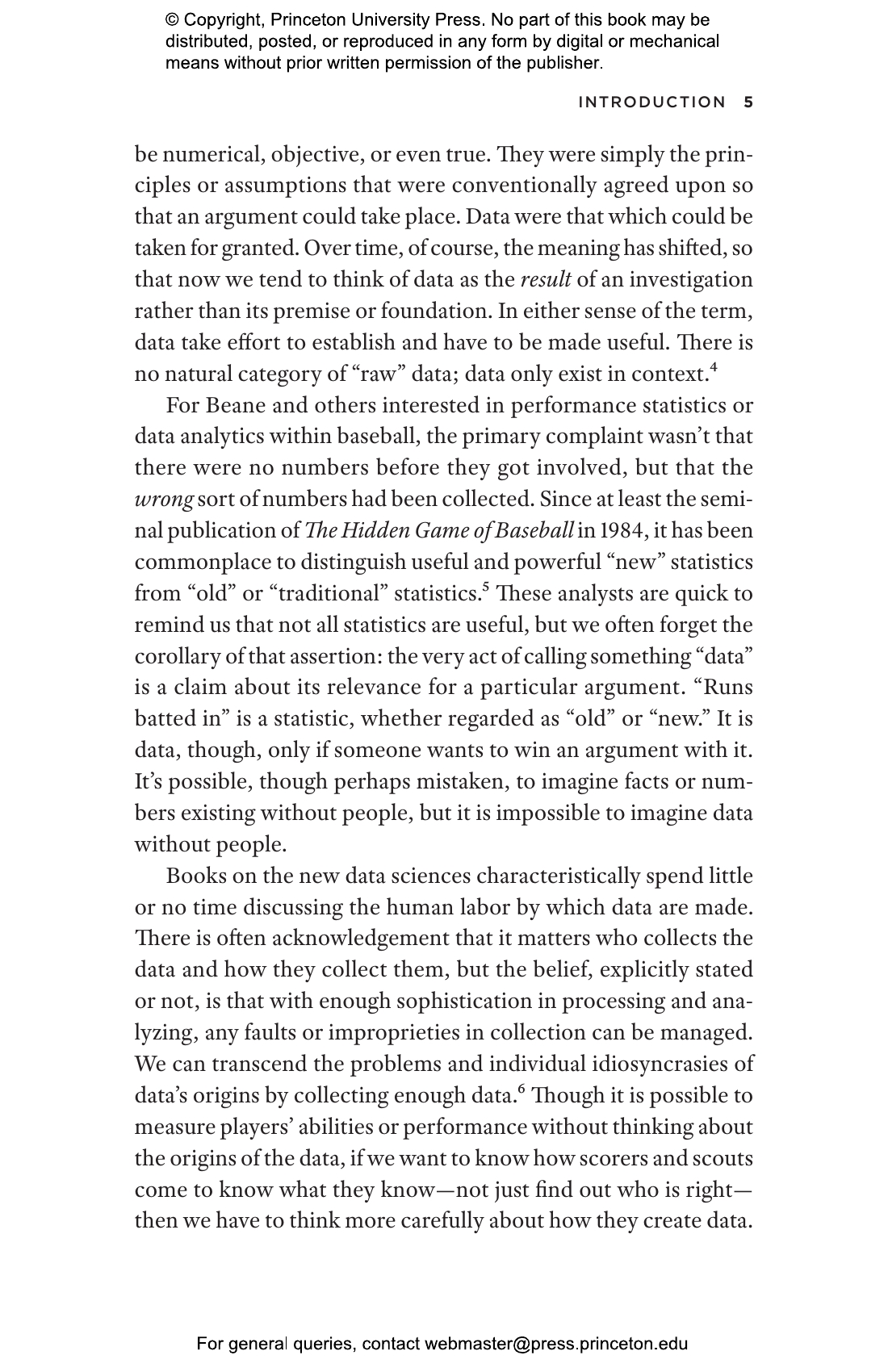 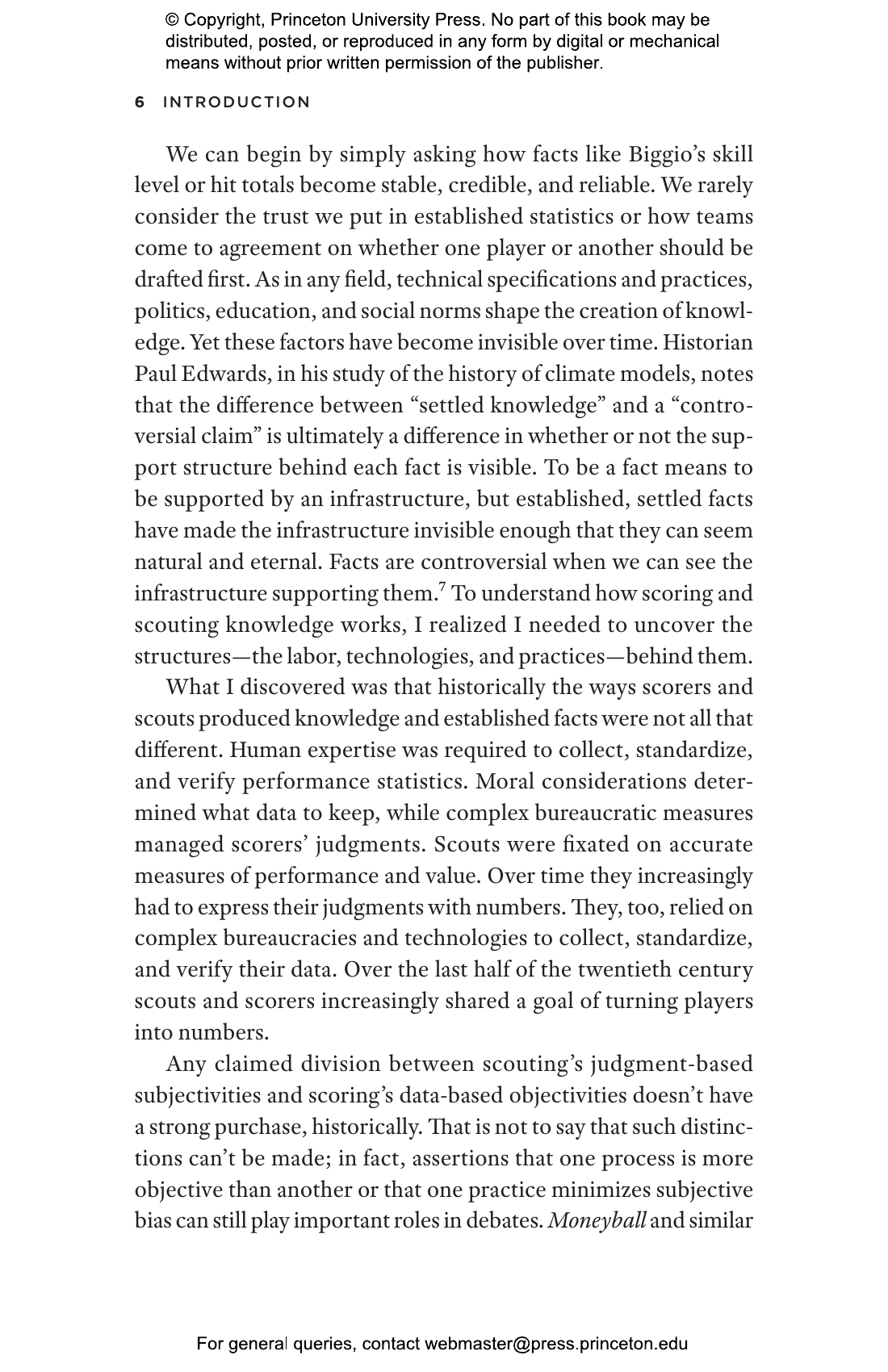 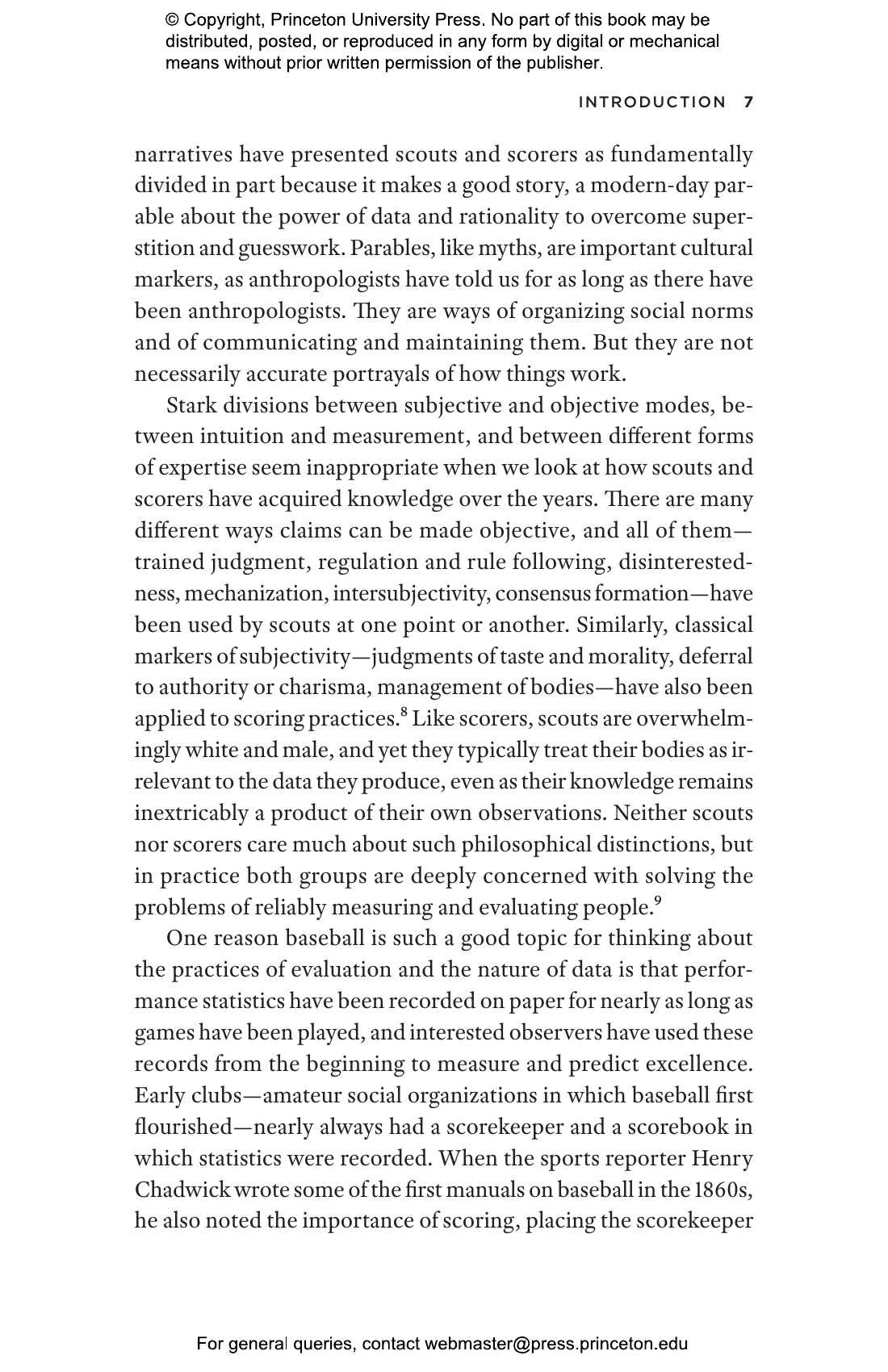 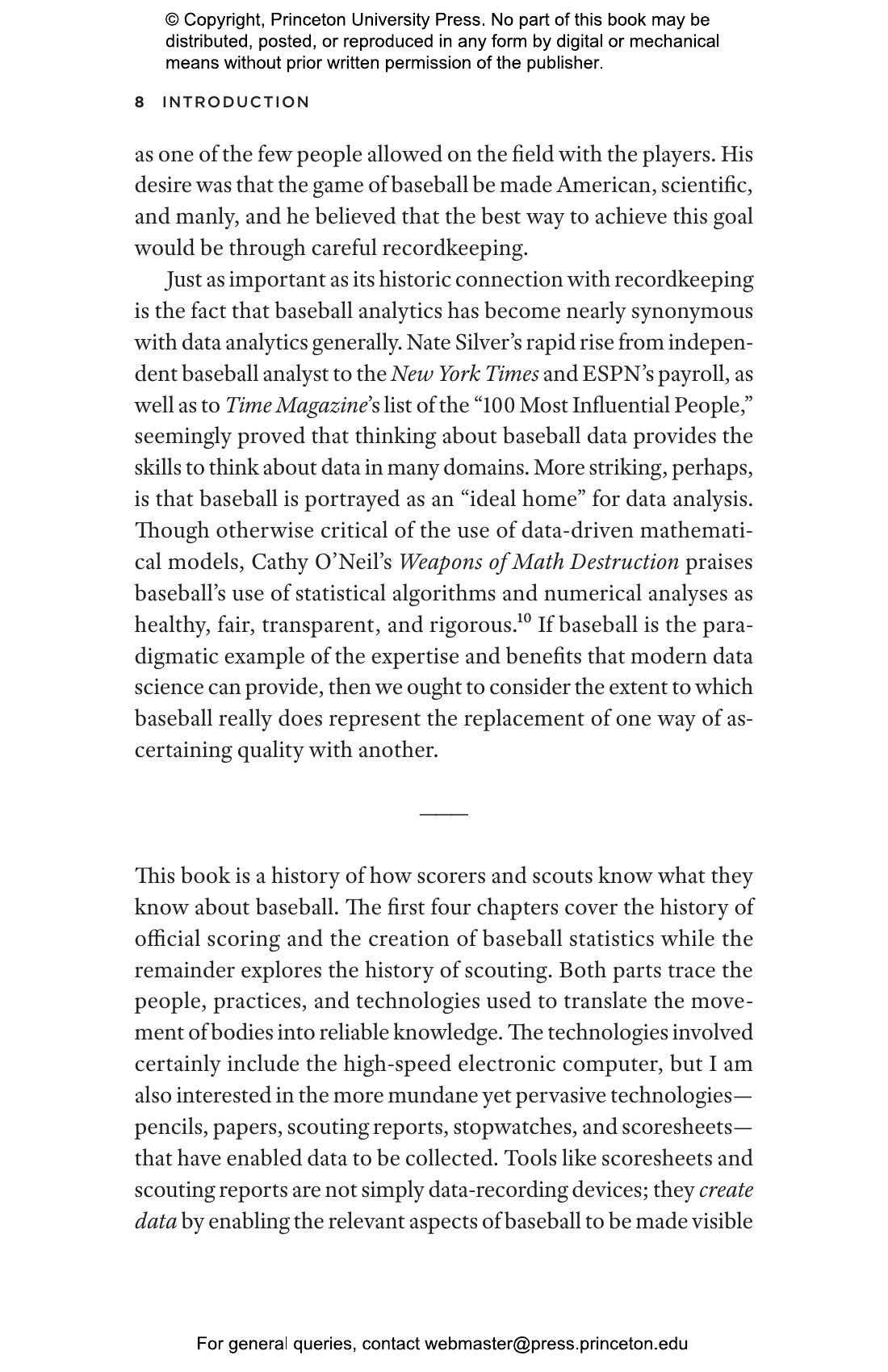 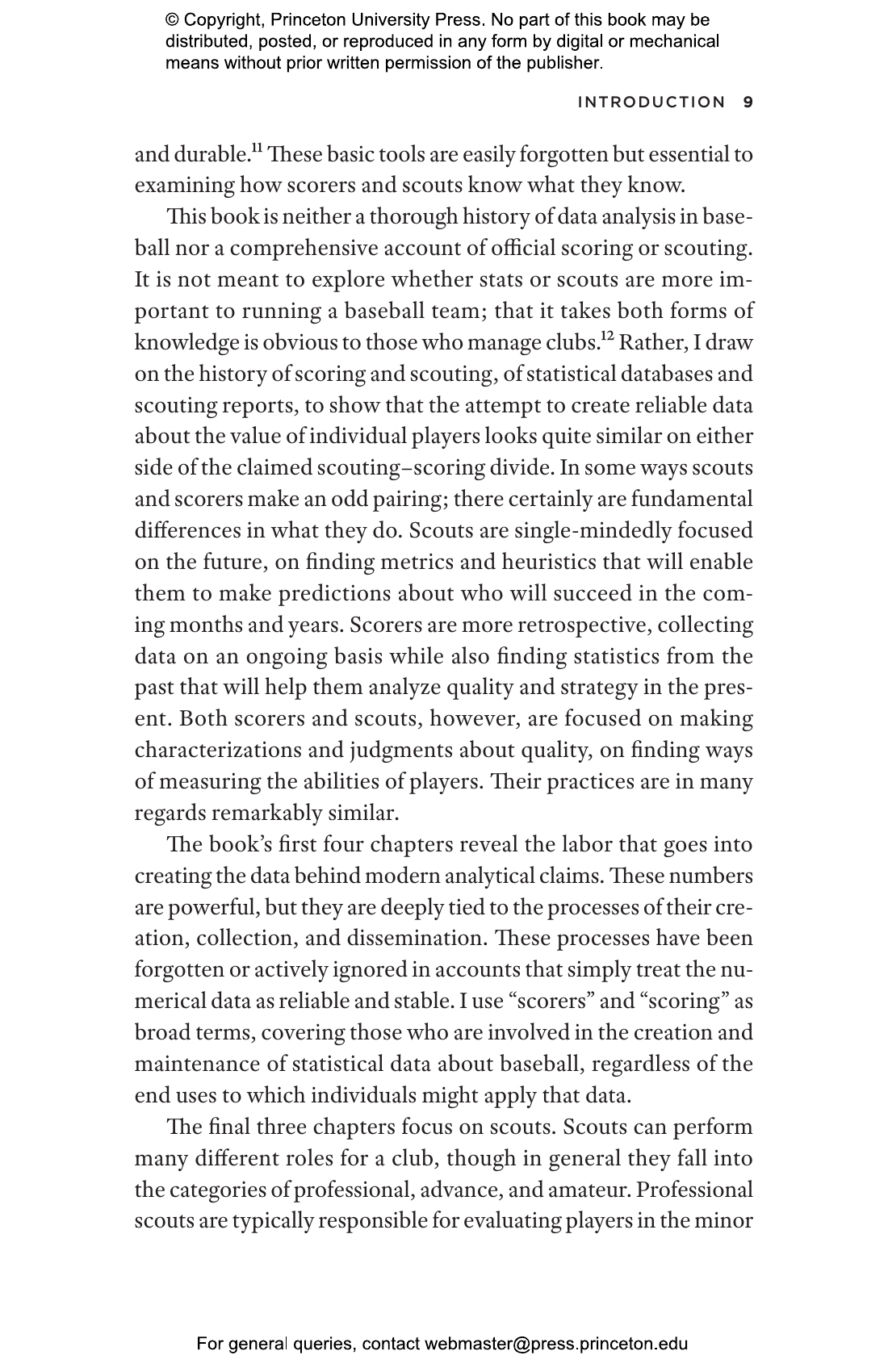 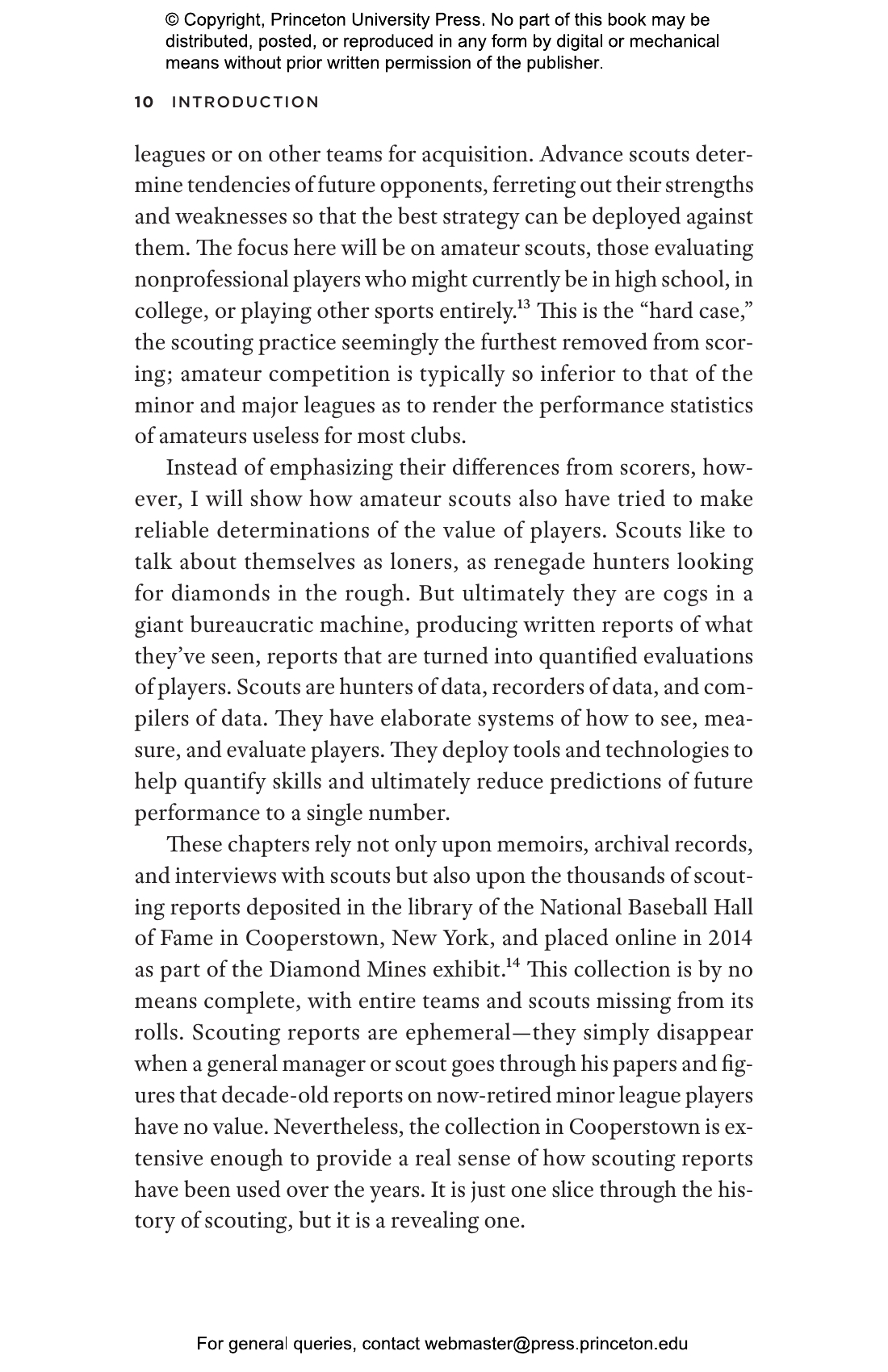 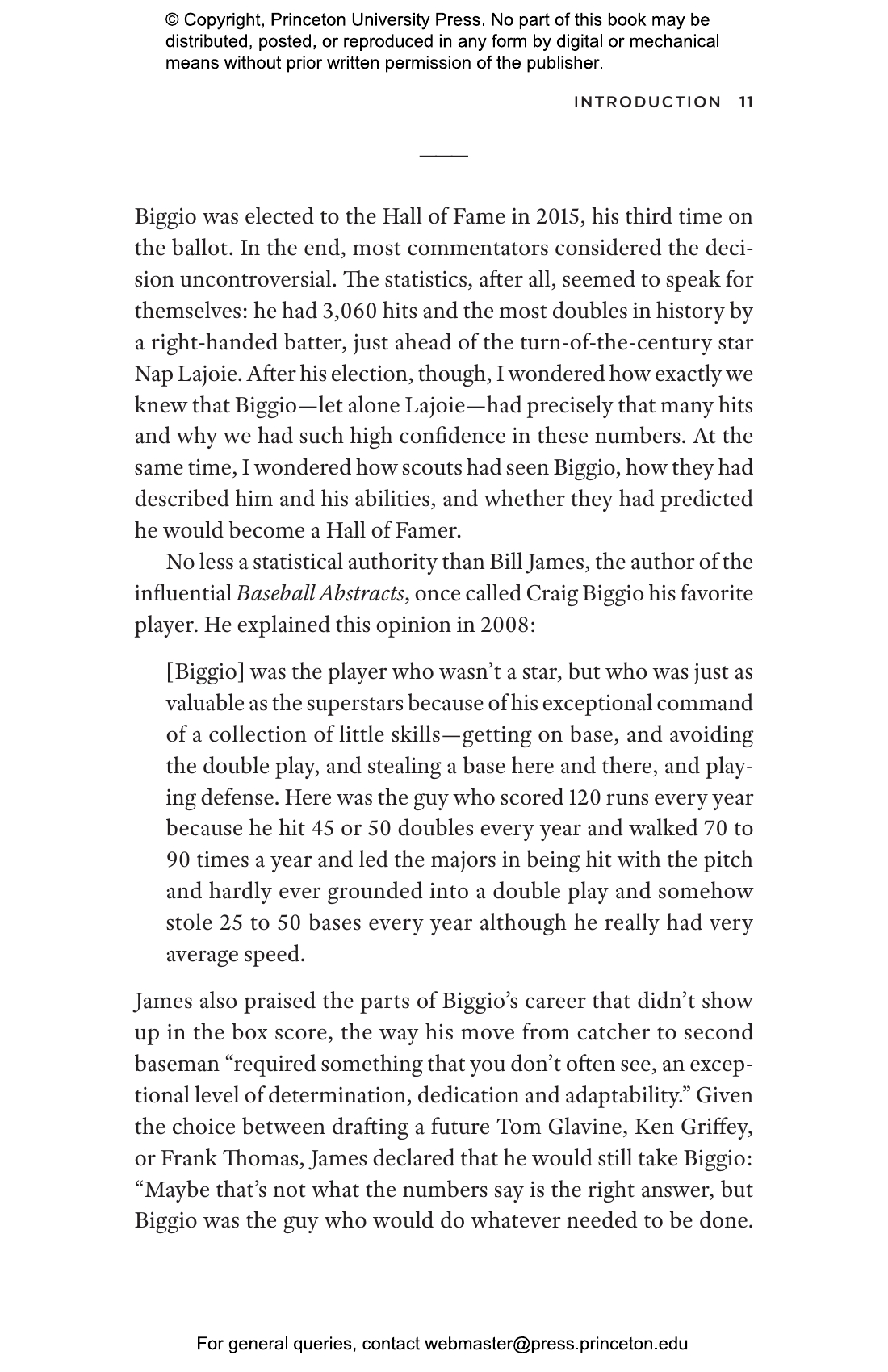 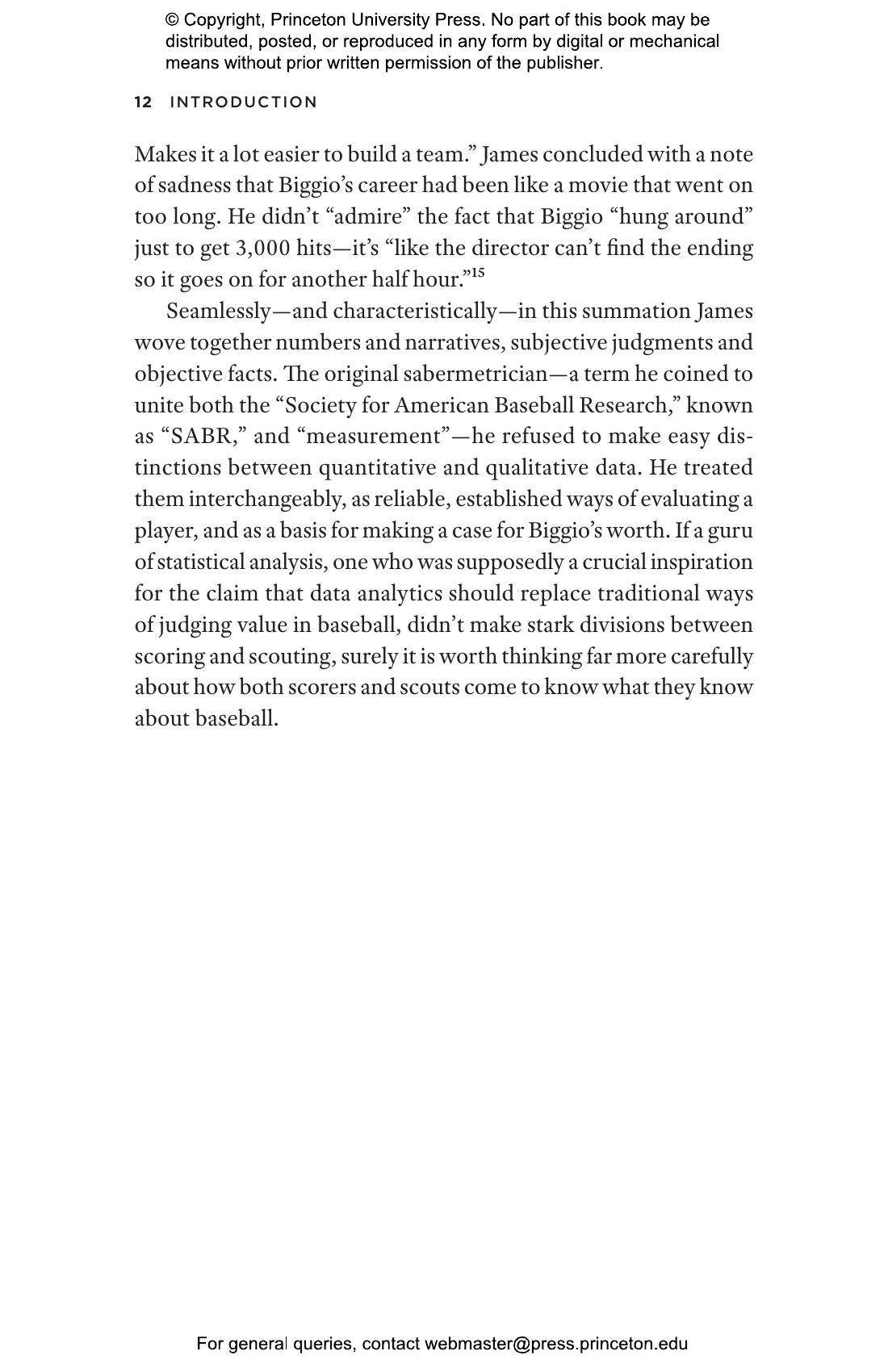 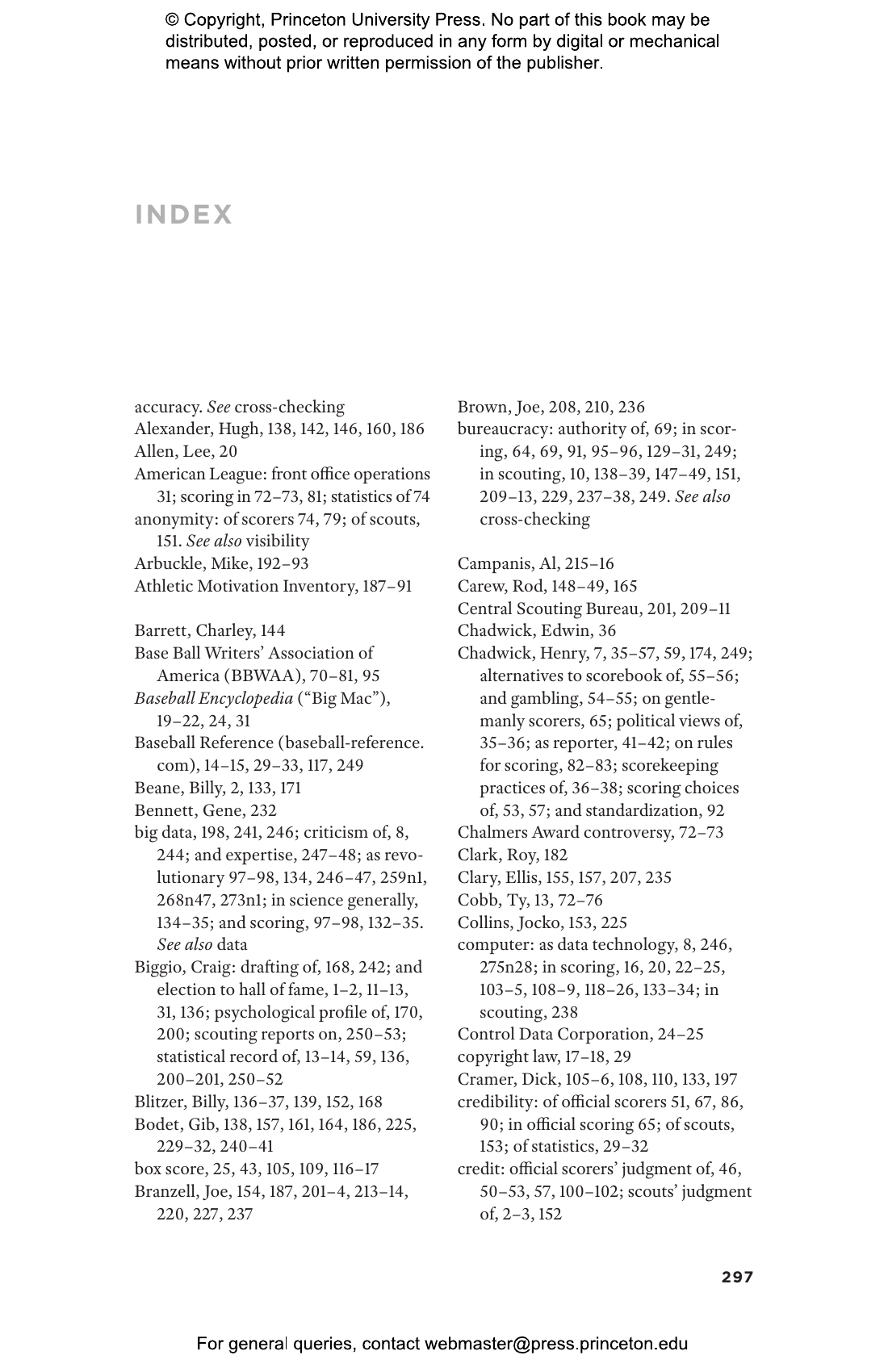 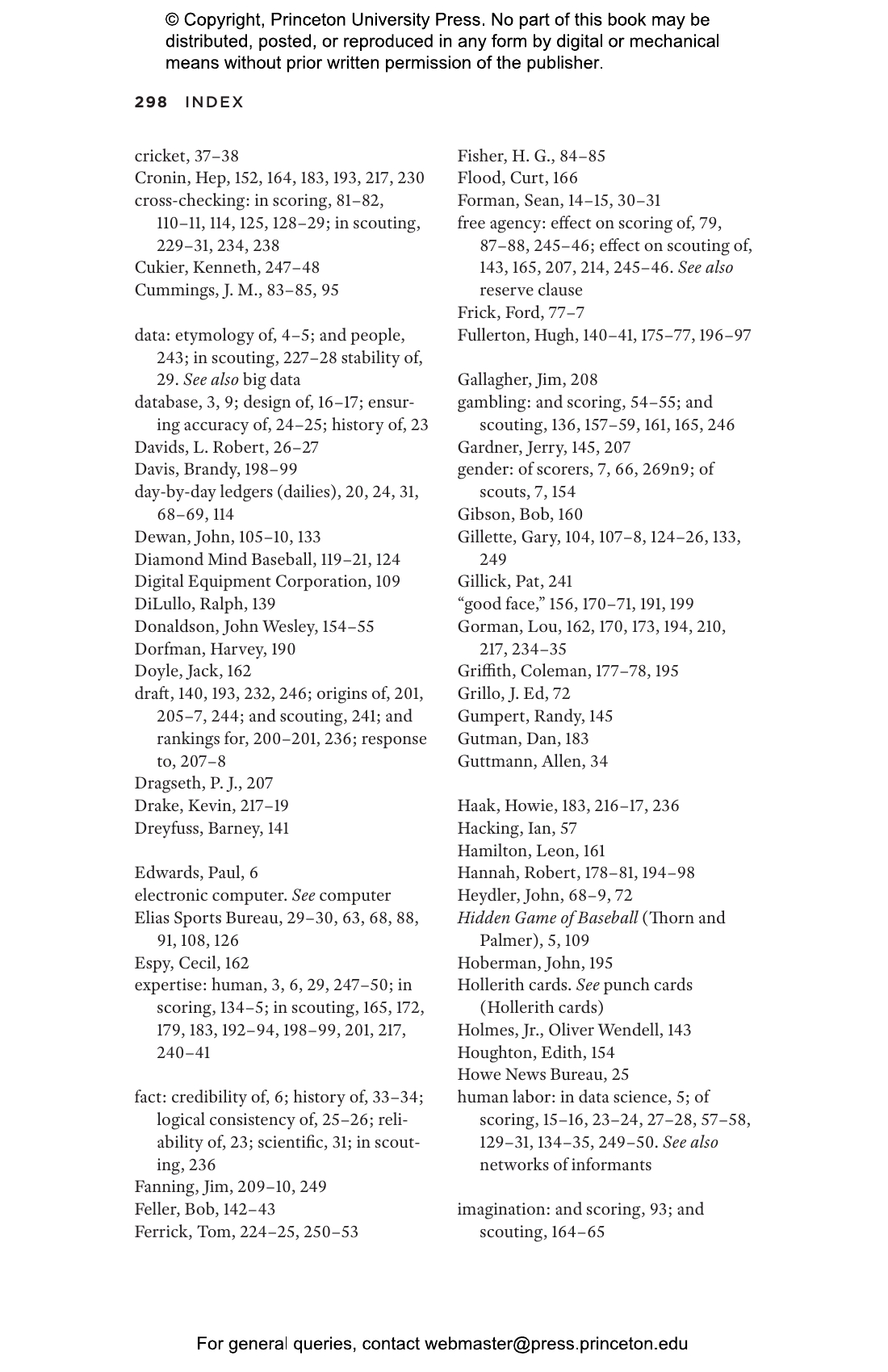 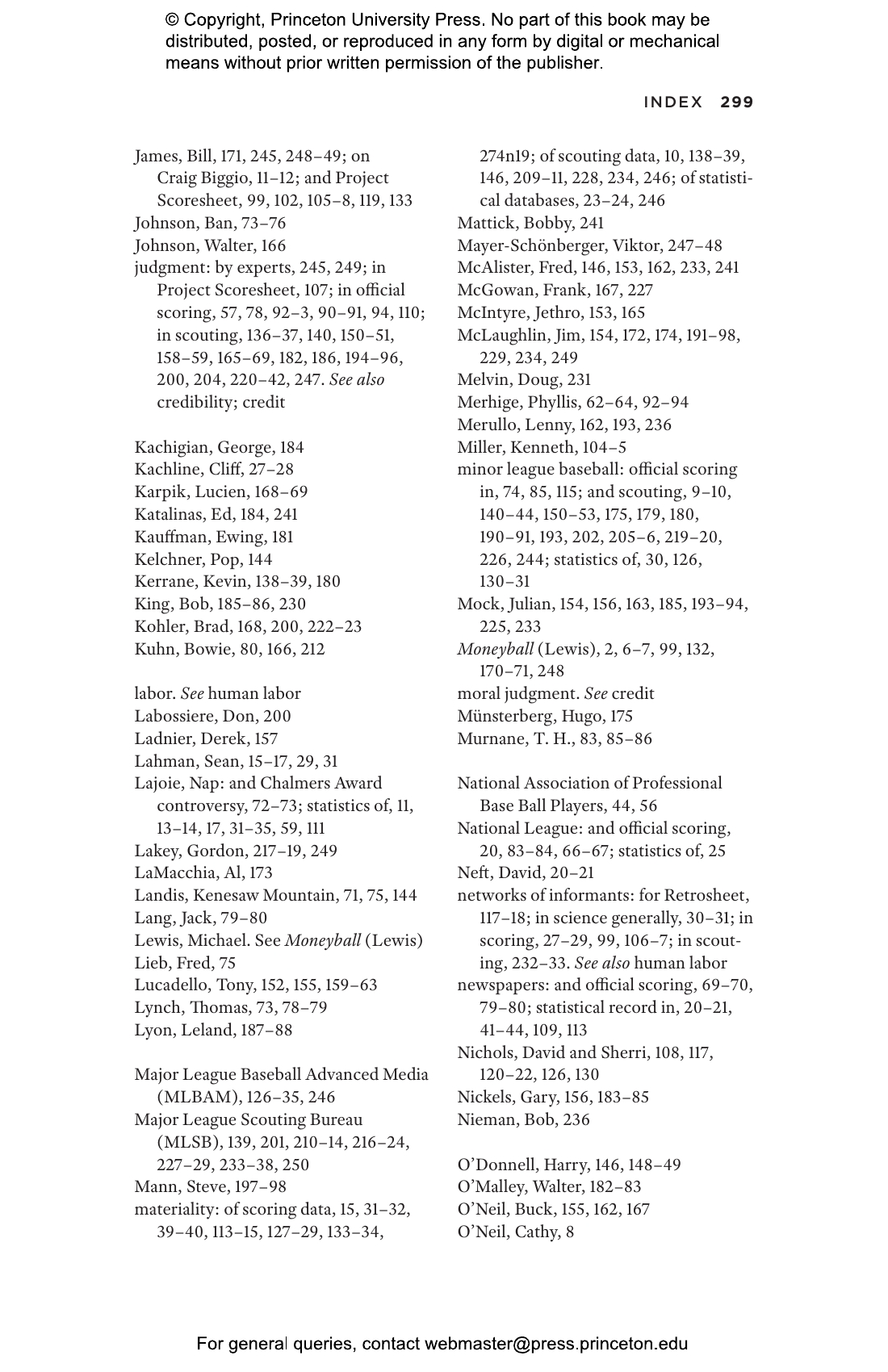 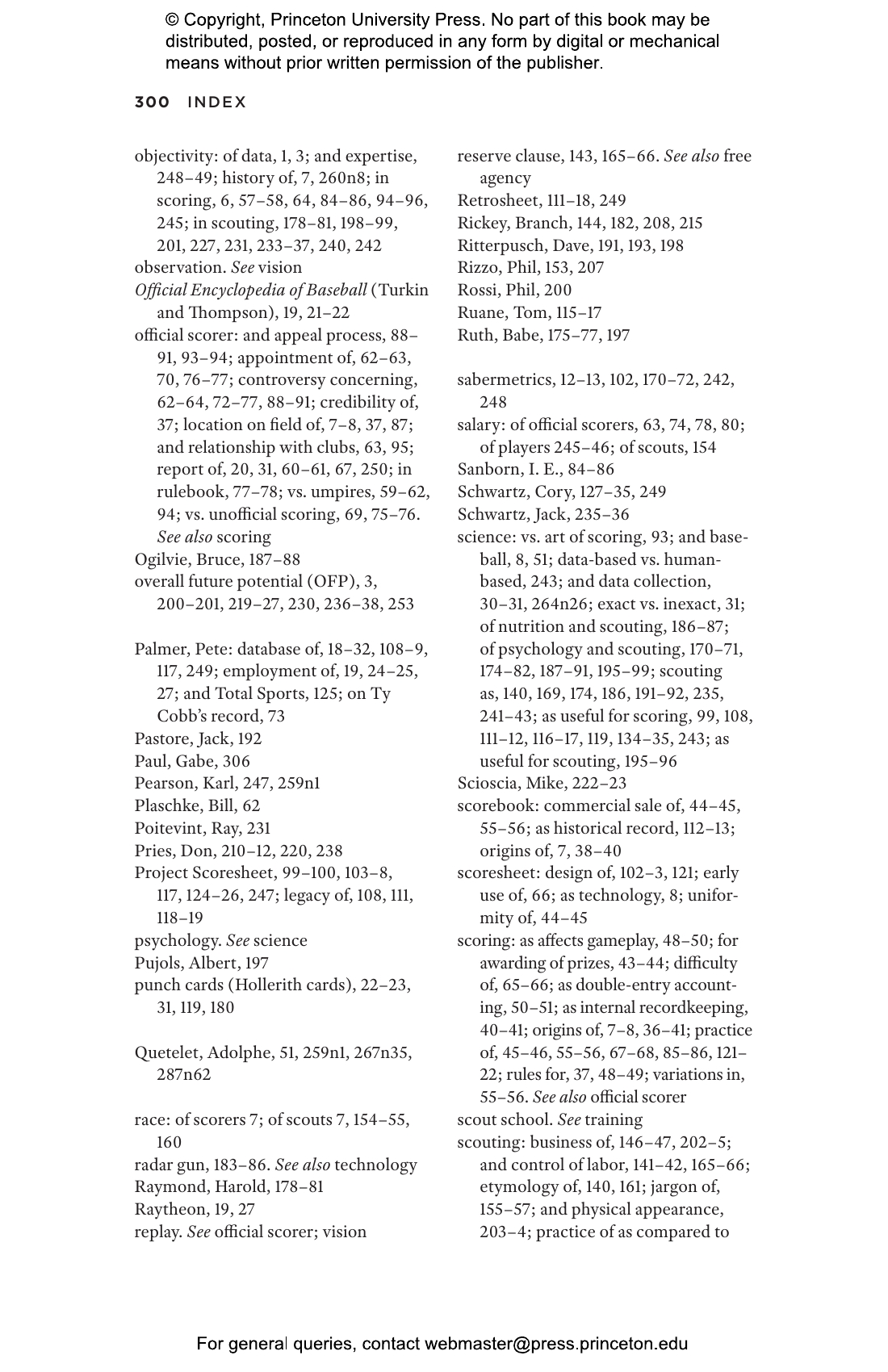 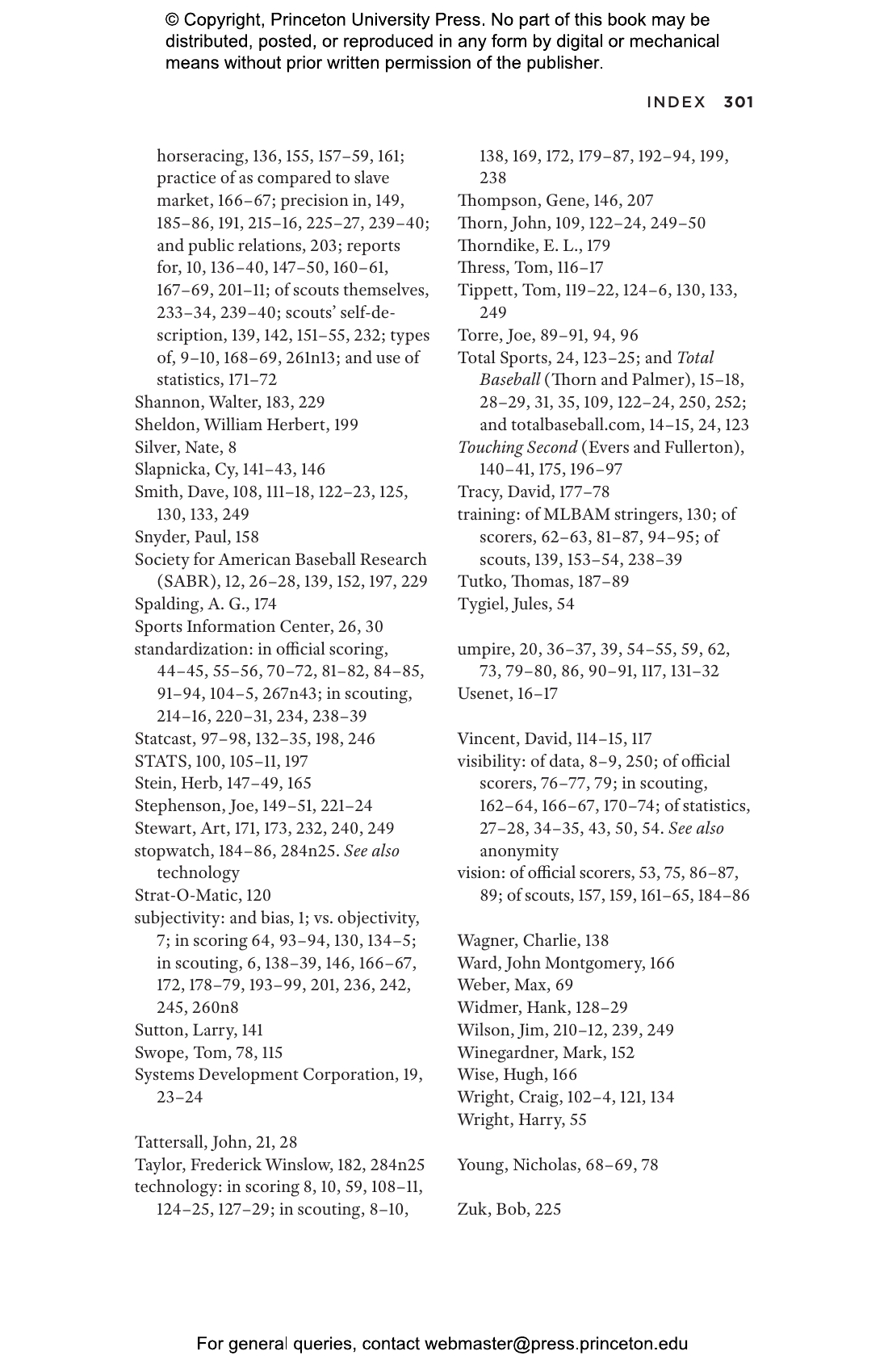 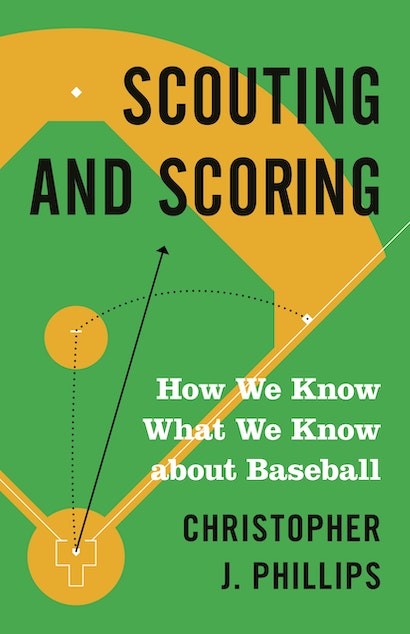 Scouting and scoring are considered fundamentally different ways of ascertaining value in baseball. Scouting seems to rely on experience and intuition, scoring on performance metrics and statistics. In Scouting and Scoring, Christopher Phillips rejects these simplistic divisions. He shows how both scouts and scorers rely on numbers, bureaucracy, trust, and human labor to make sound judgments about the value of baseball players. Tracing baseball’s story from the nineteenth century to today, Phillips explains that the sport was one of the earliest fields to introduce numerical analysis, and new methods of data collection were supposed to enable teams to replace scouting with scoring. But that’s not how things turned out. From the invention of official scorers and Statcast to the creation of the Major League Scouting Bureau, Scouting and Scoring reveals the inextricable connections between human expertise and data science, and offers an entirely fresh understanding of baseball.

Christopher J. Phillips is associate professor of history at Carnegie Mellon University. He is the author of The New Math: A Political History. Twitter @cjphillips100

"[Scouting and Scoring] is worth reading for more than just the baseball. The book is an effort to help us understand one of the oldest problems in modern societies, which is how to evaluate human beings."—Louis Menand, New Yorker

"An enticing read for baseball data enthusiasts and, more broadly, those interested in thinking about notions such as ‘fact’ and ‘truth,’ how one measures the seemingly immeasurable, and attempts to quantify human potential."—Russ Goodman, MAA Reviews

"Everyone interested in understanding modern baseball needs to read this book."—Dave Smith, founder of Retrosheet