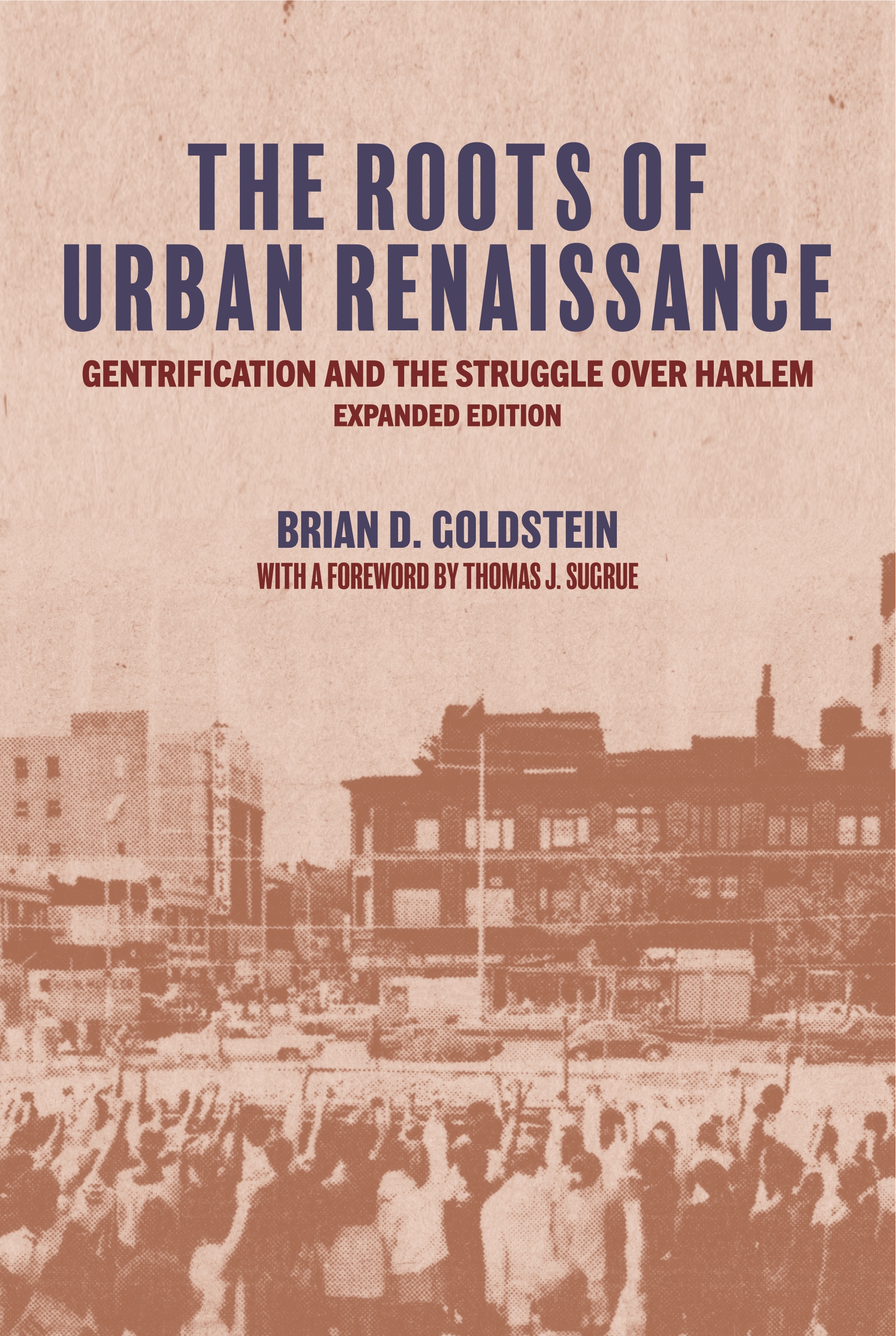 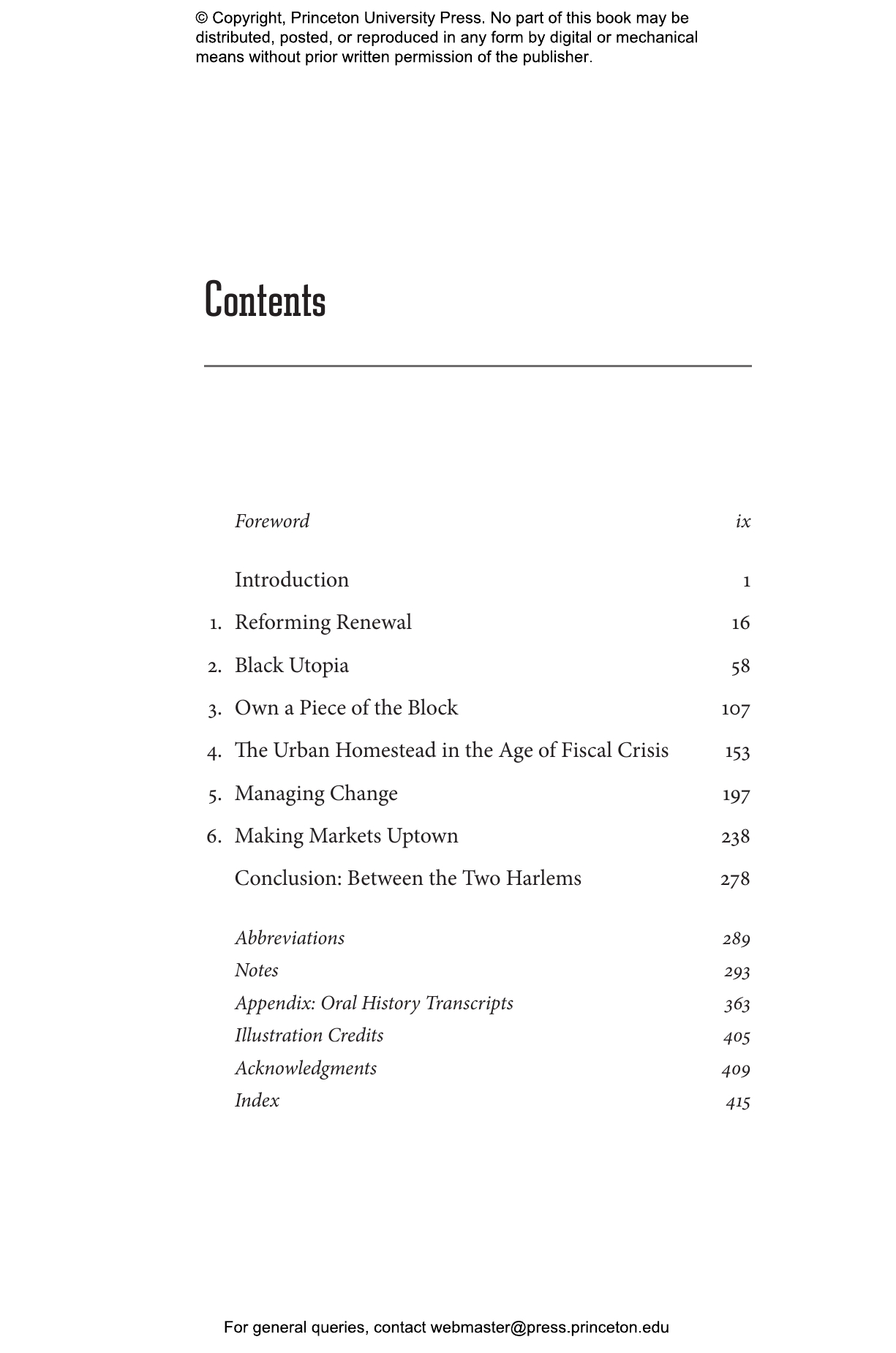 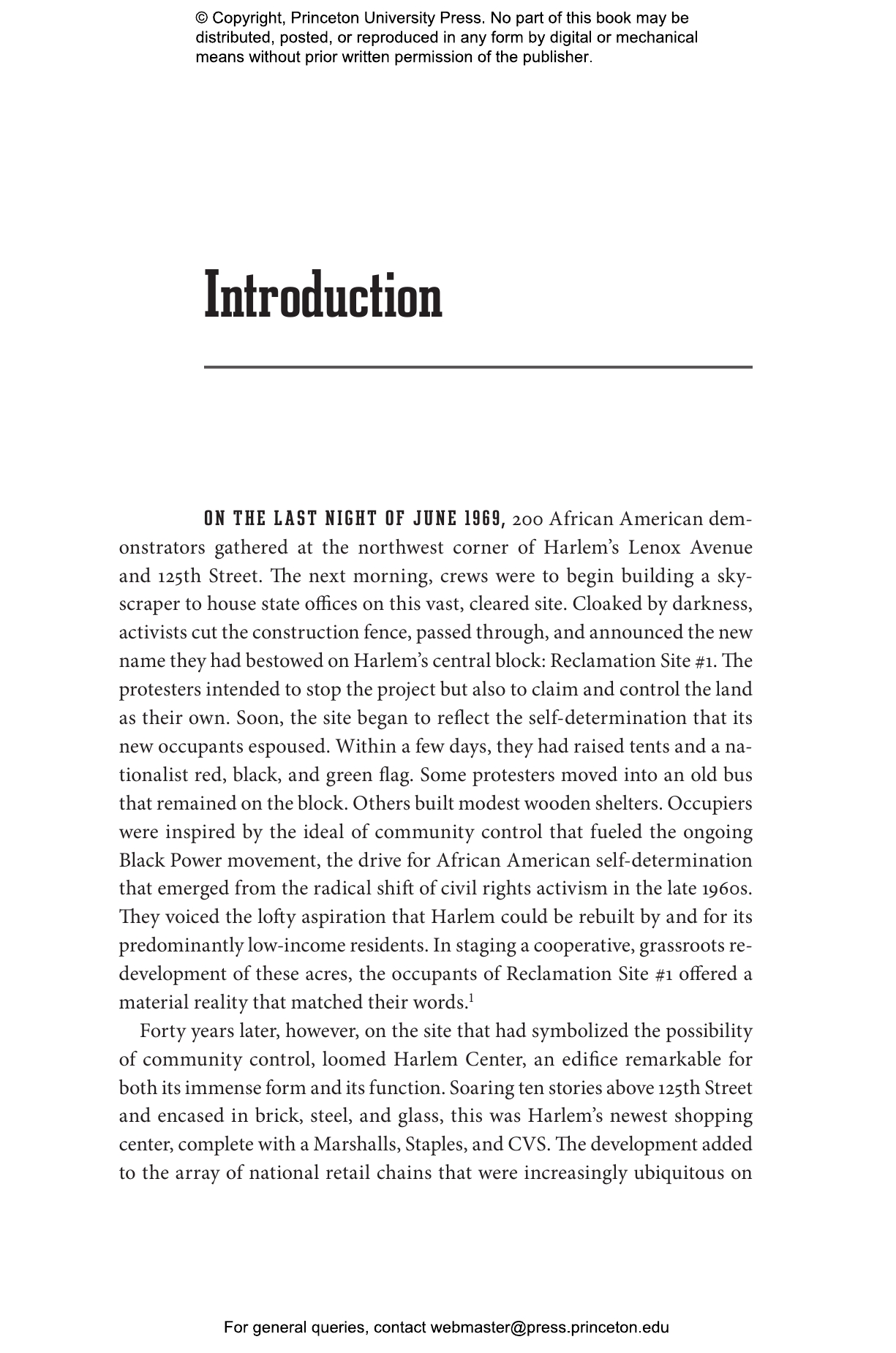 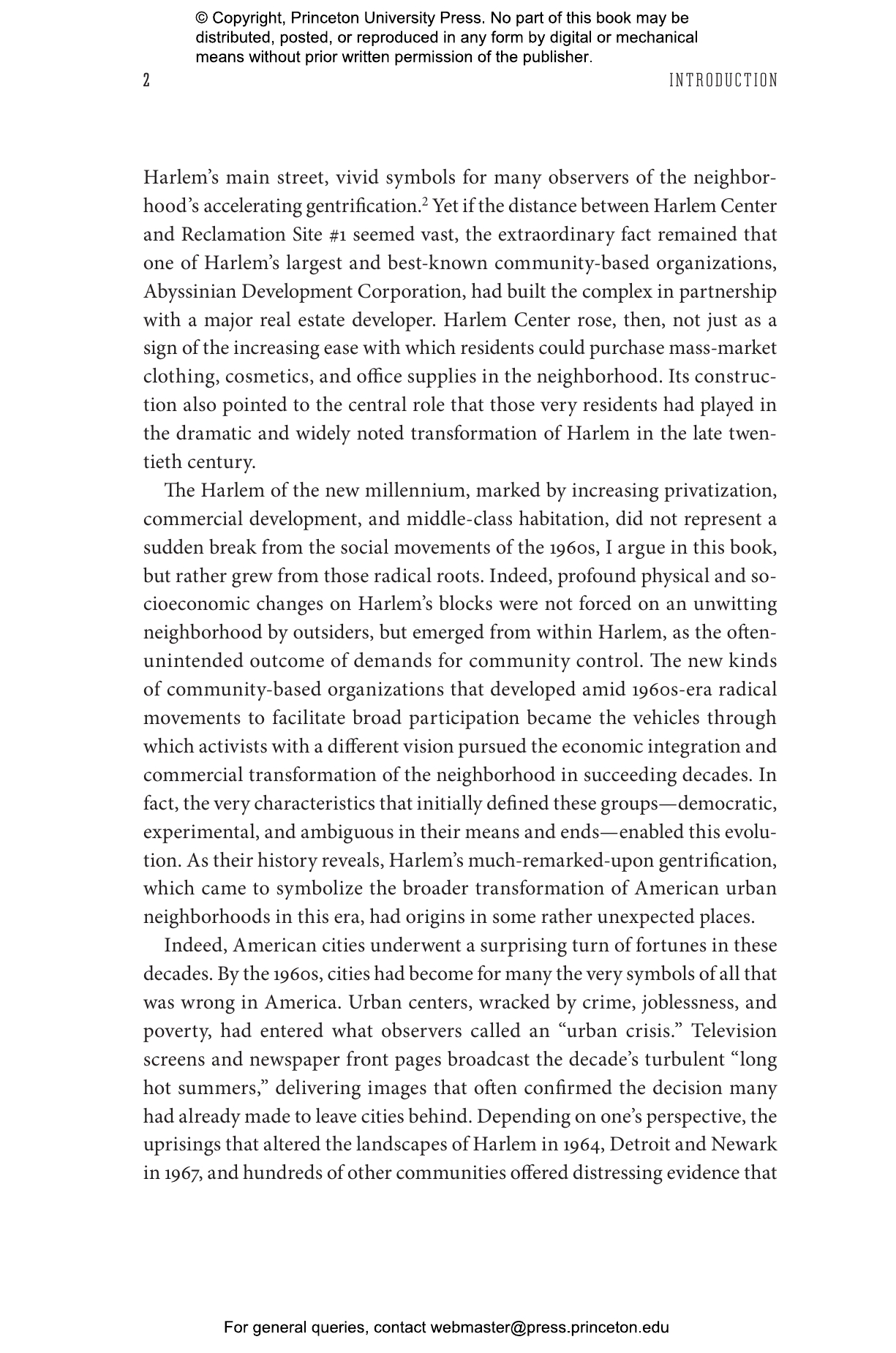 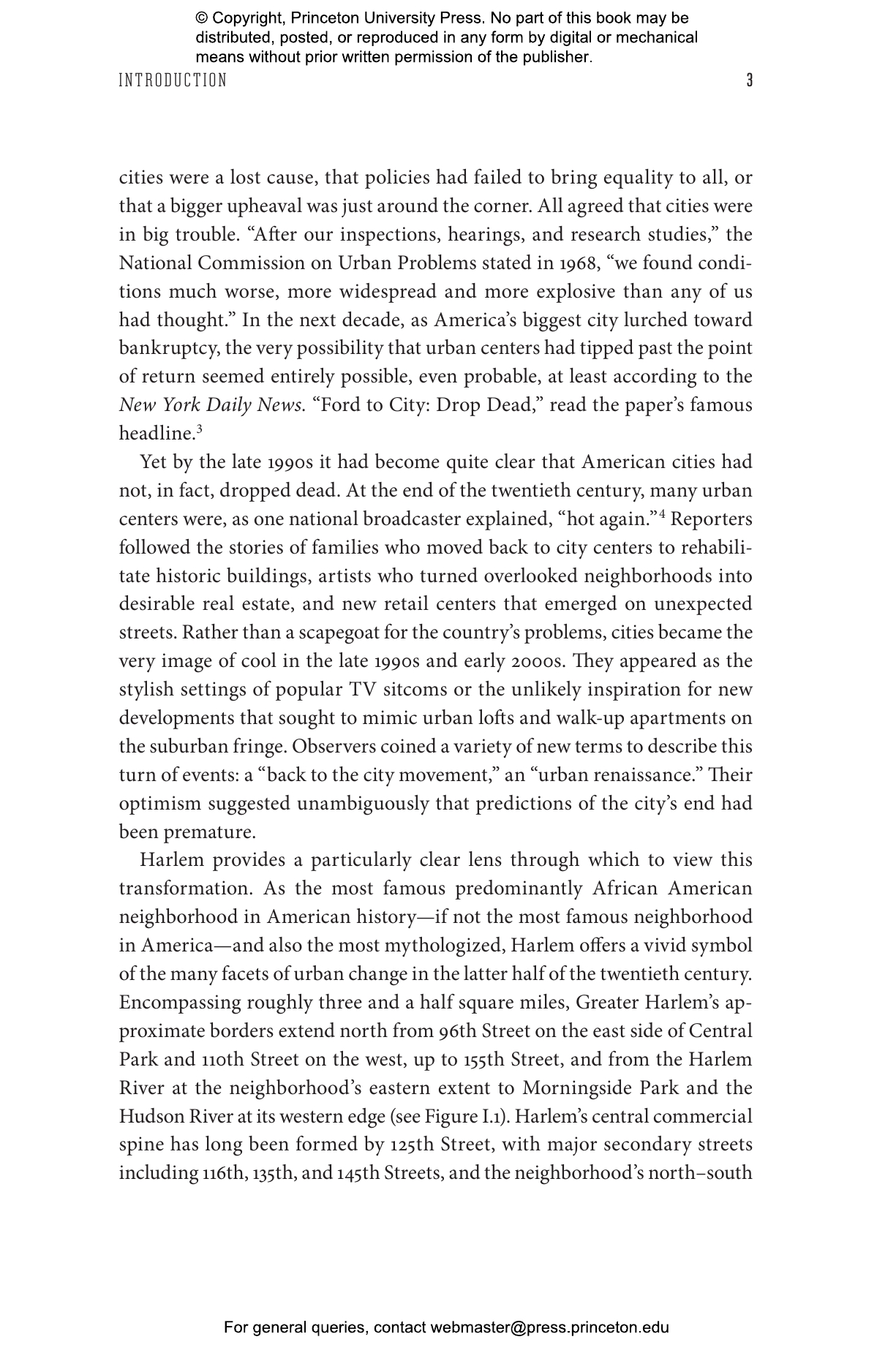 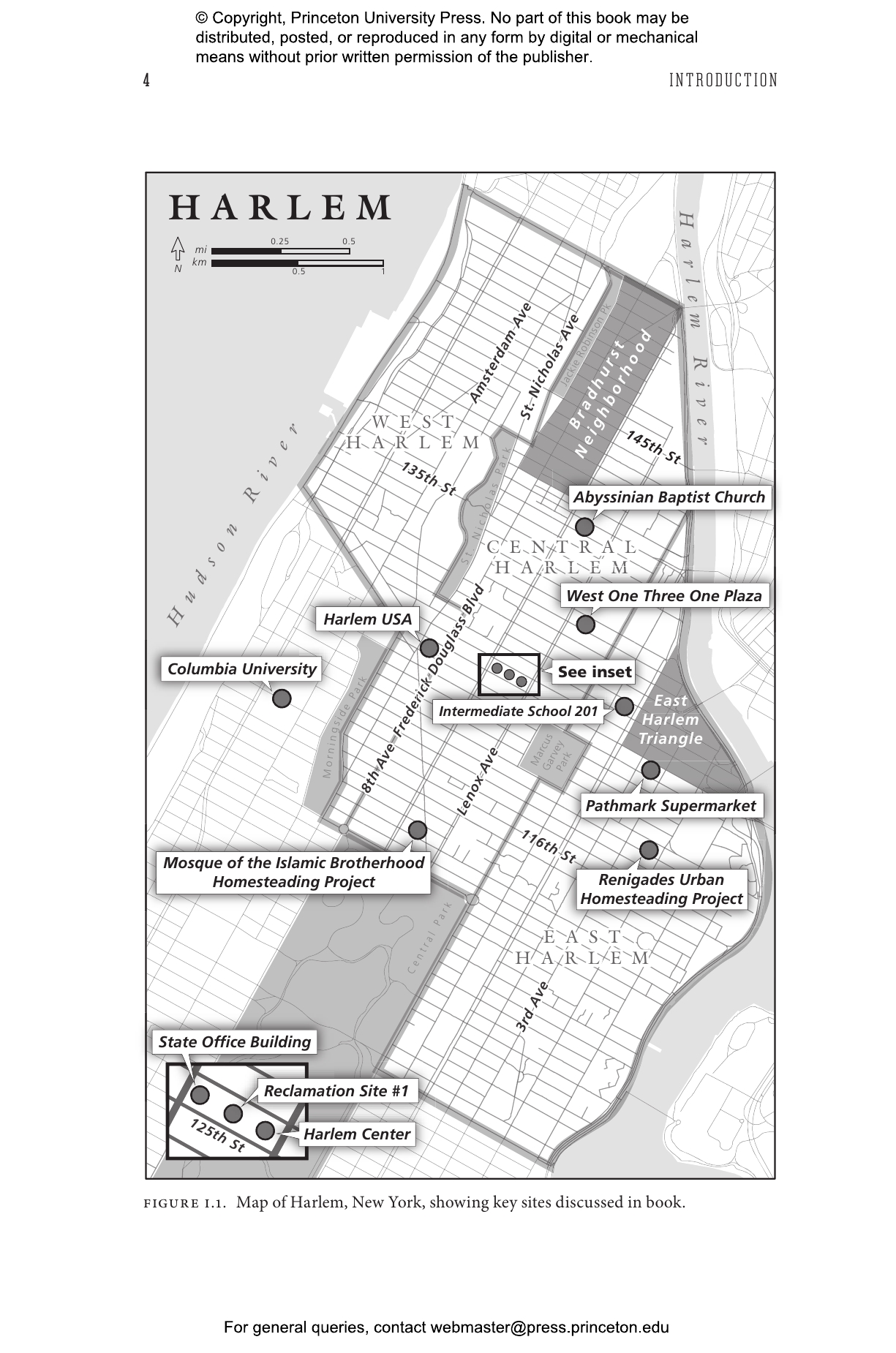 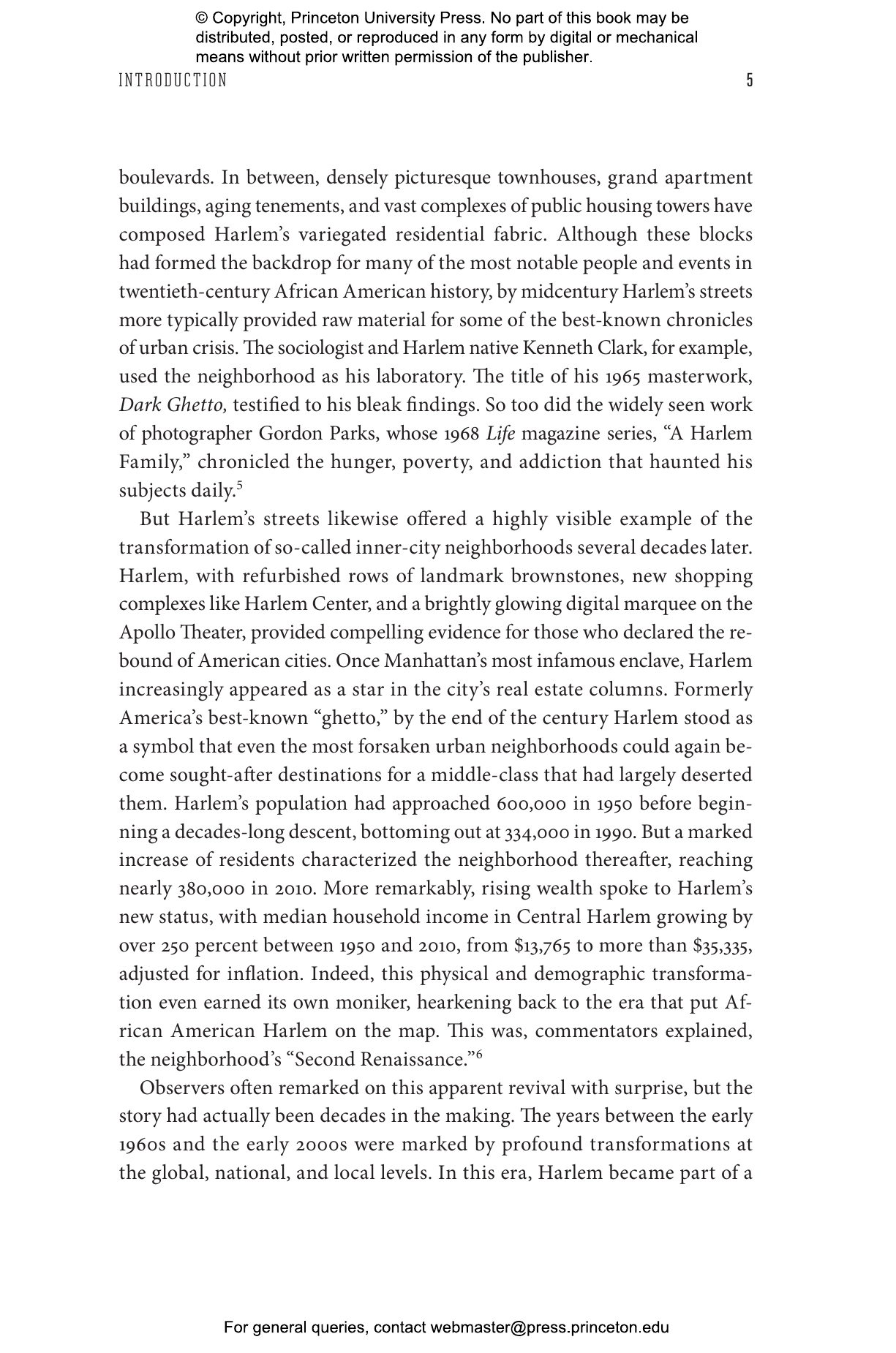 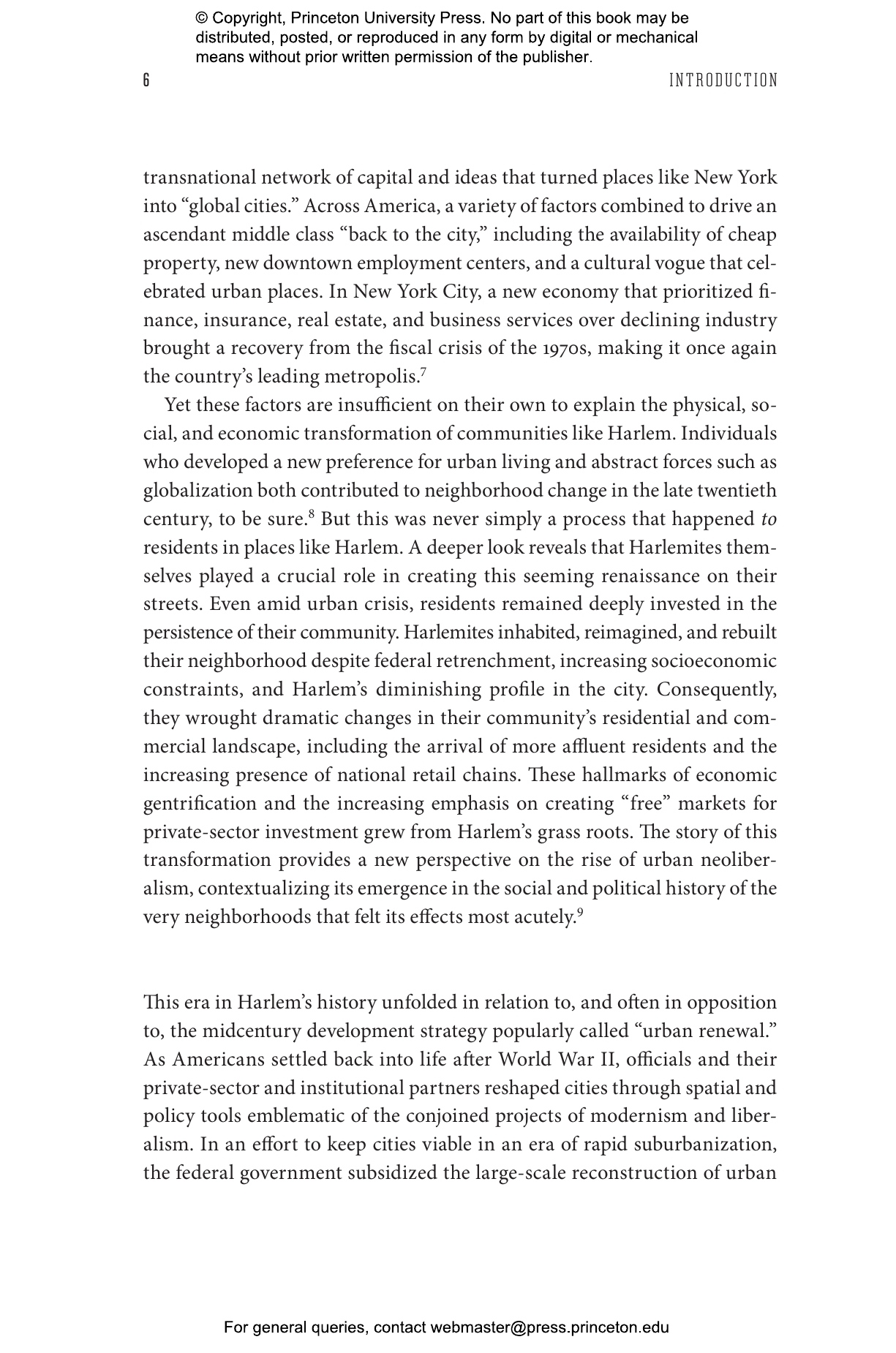 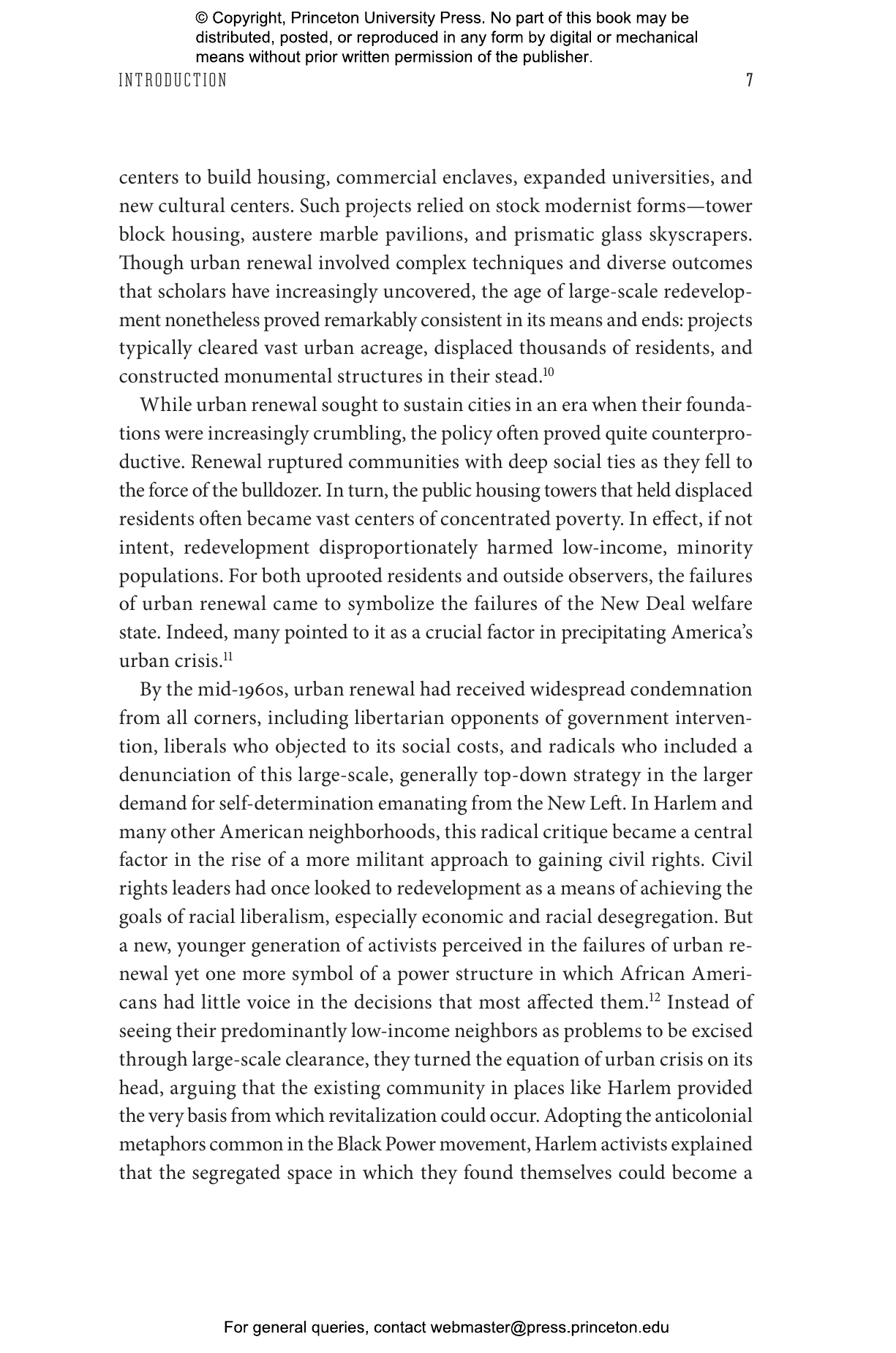 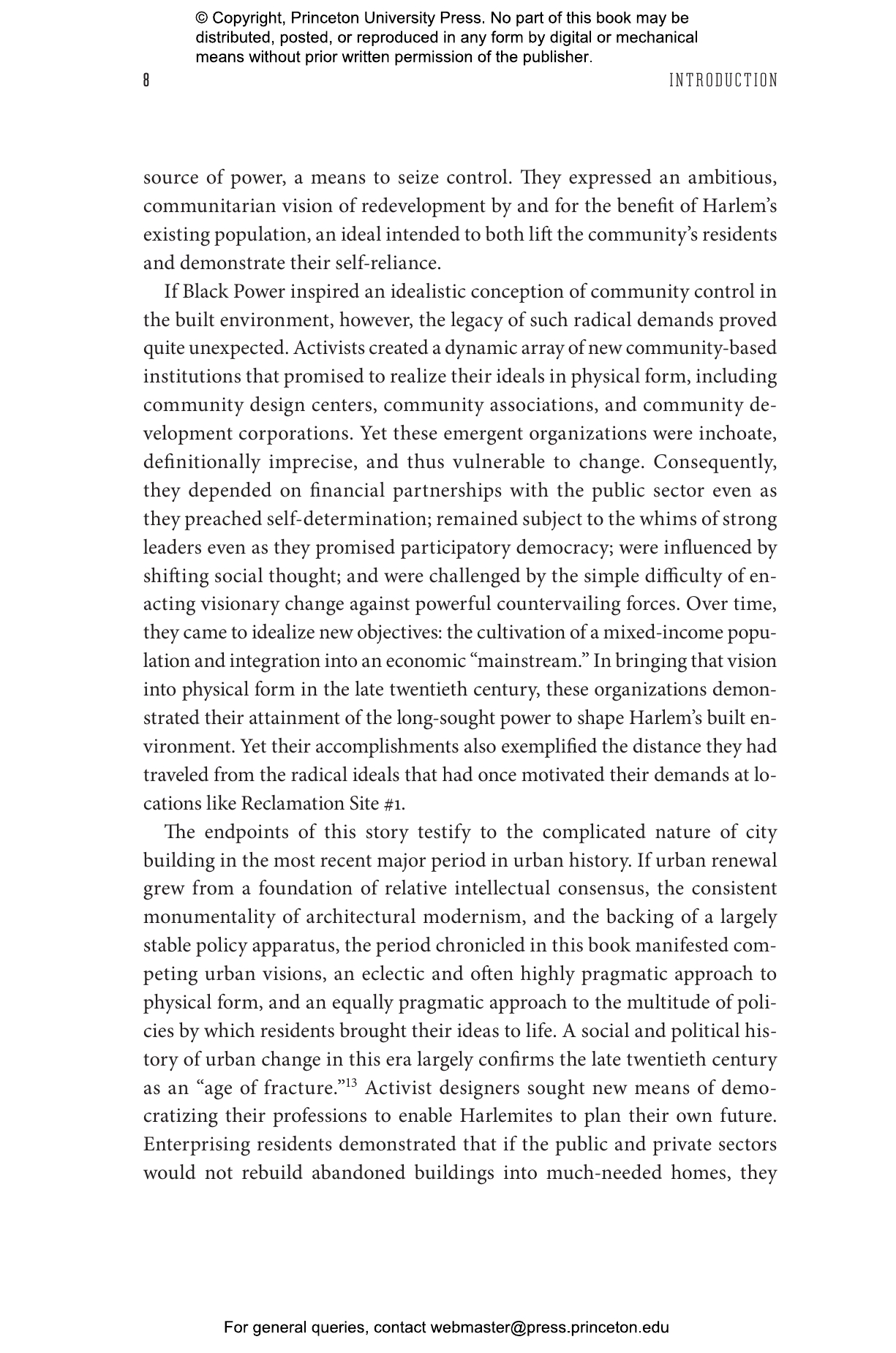 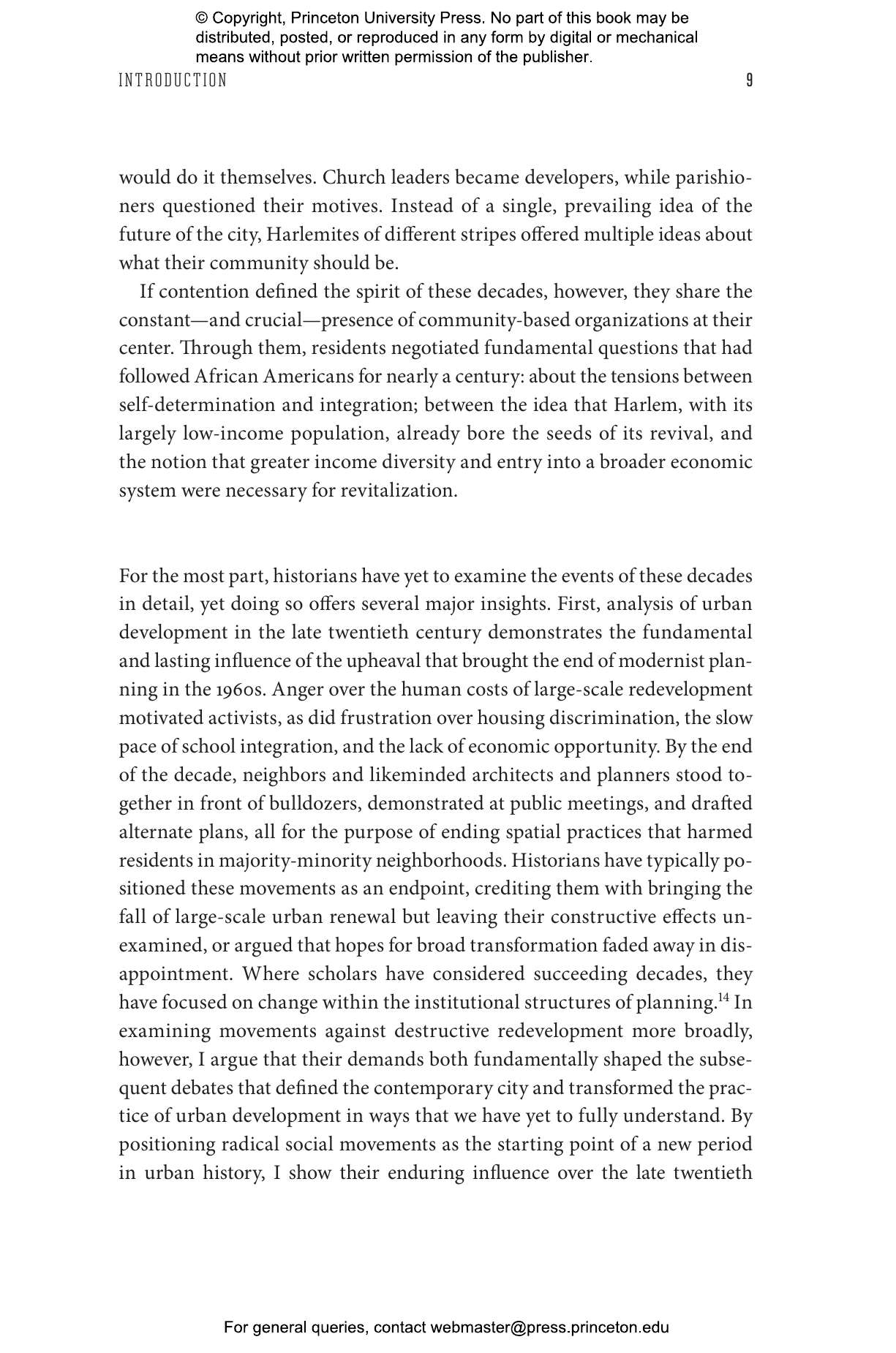 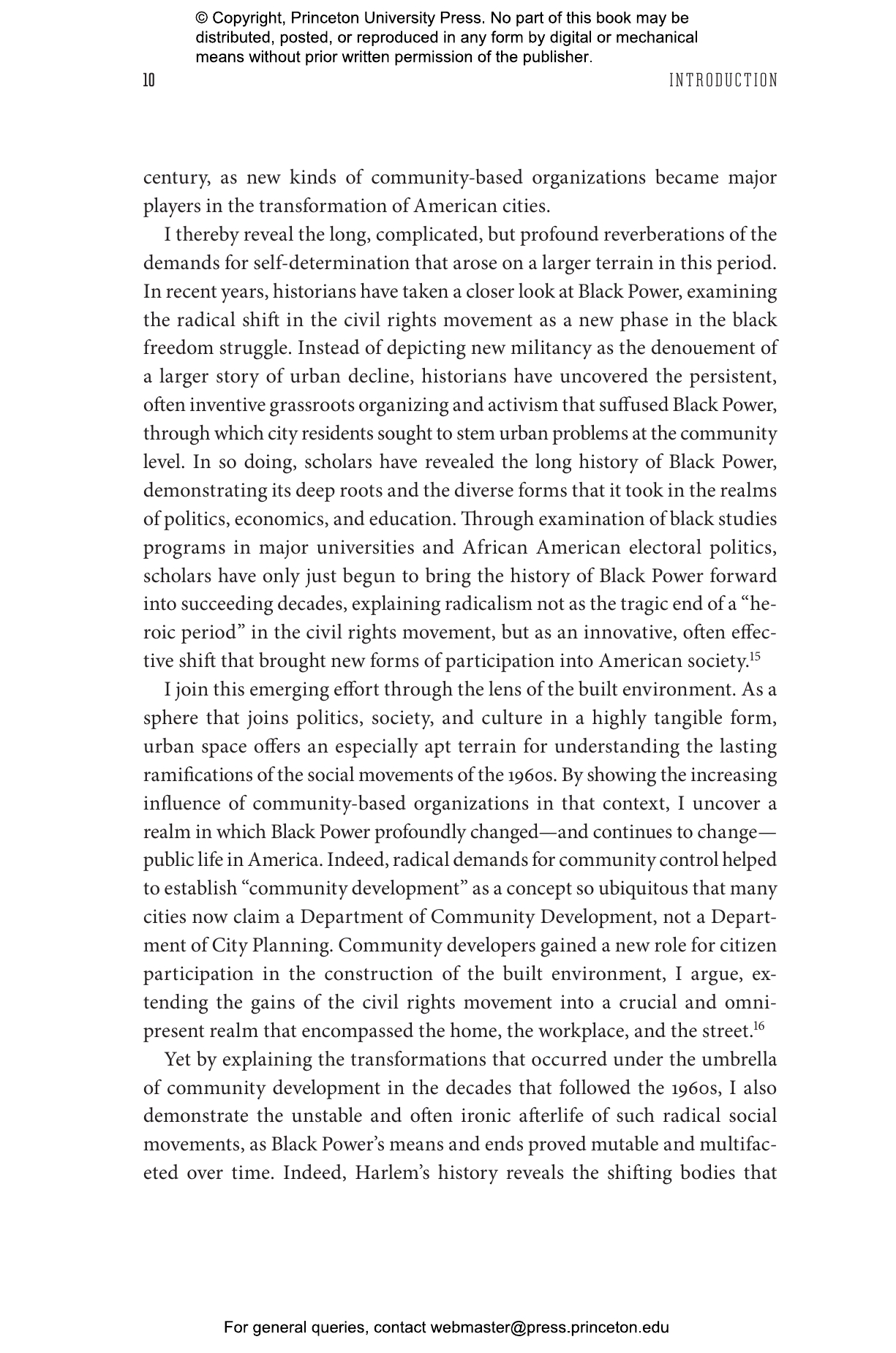 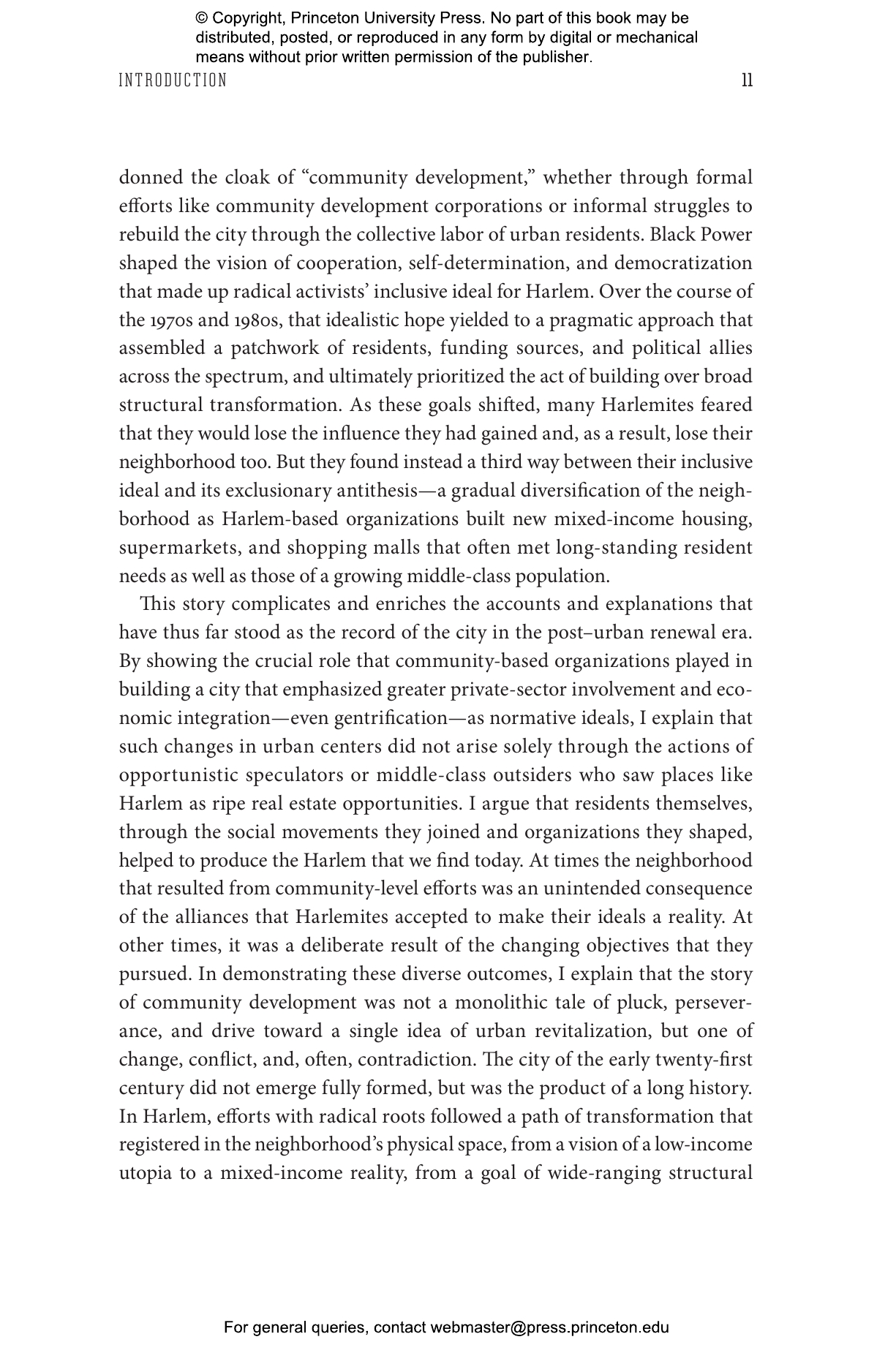 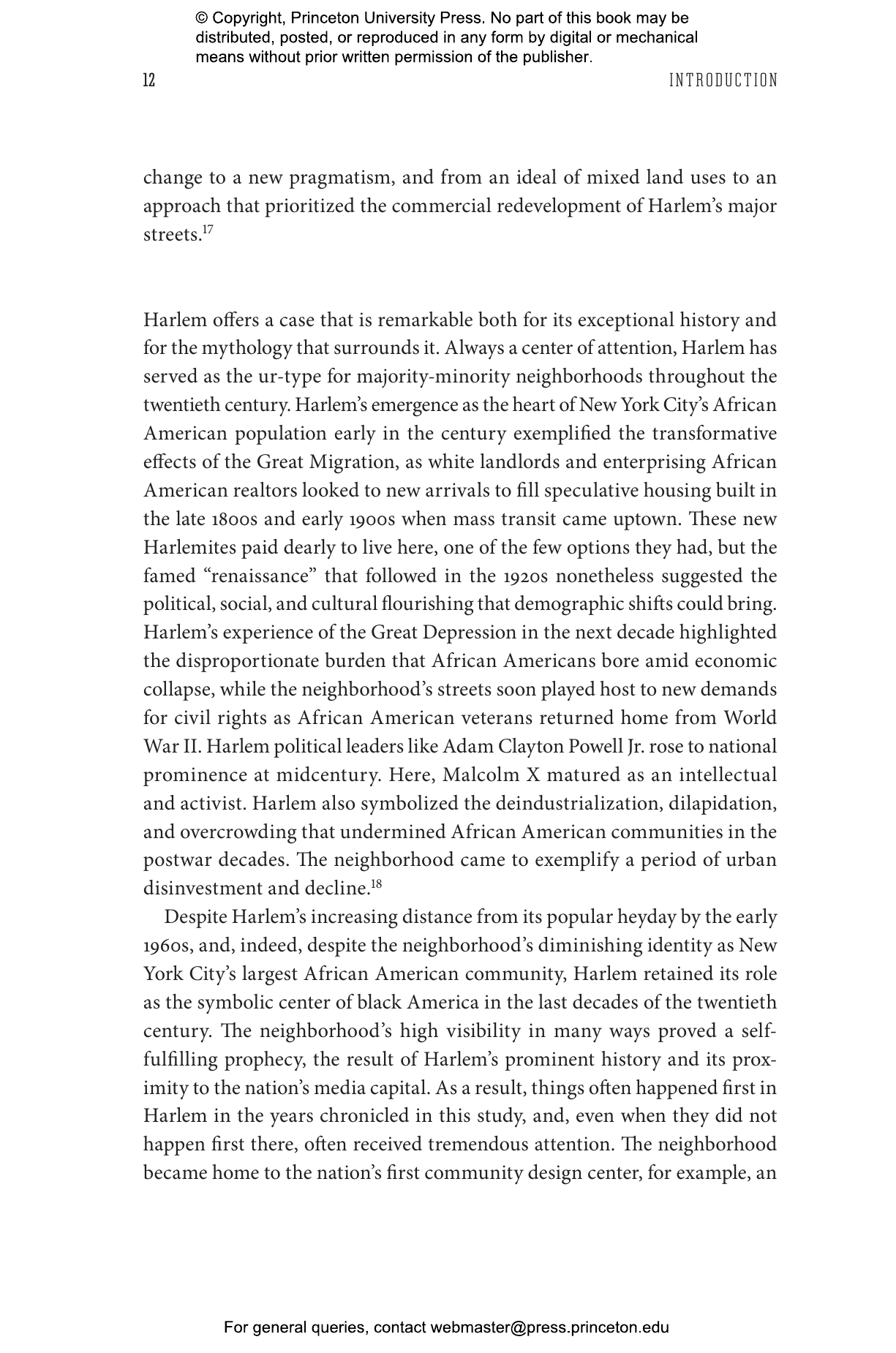 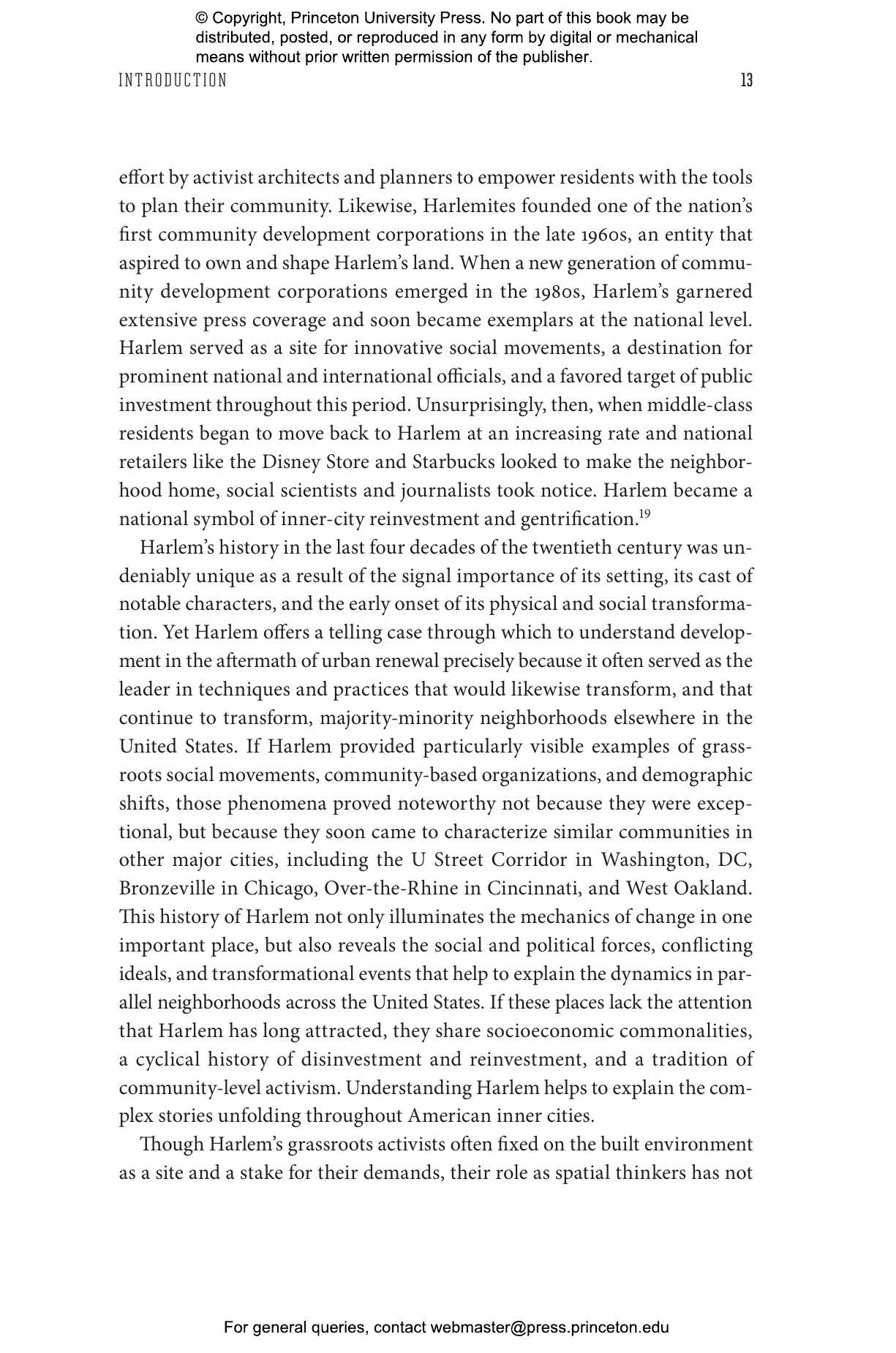 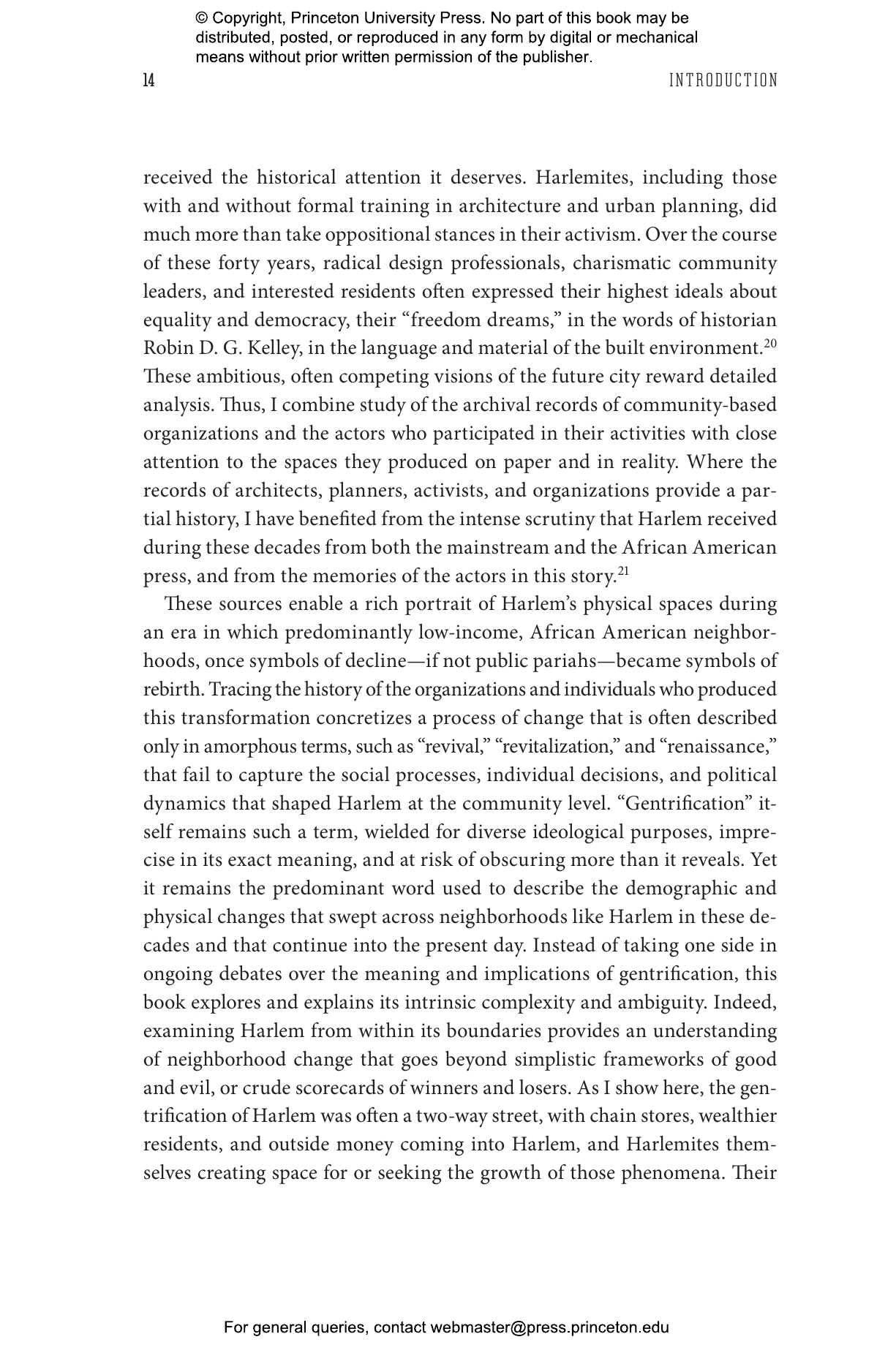 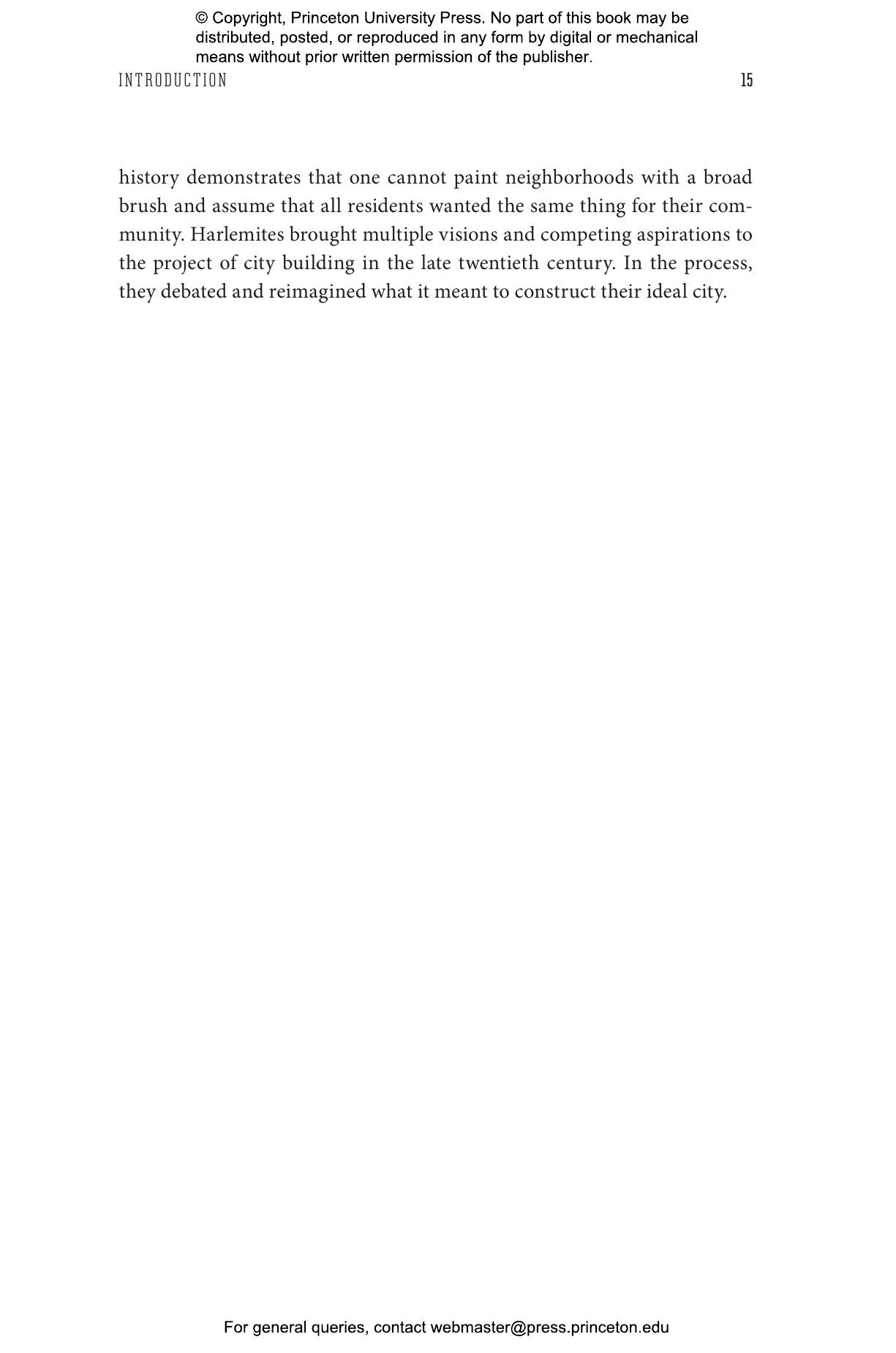 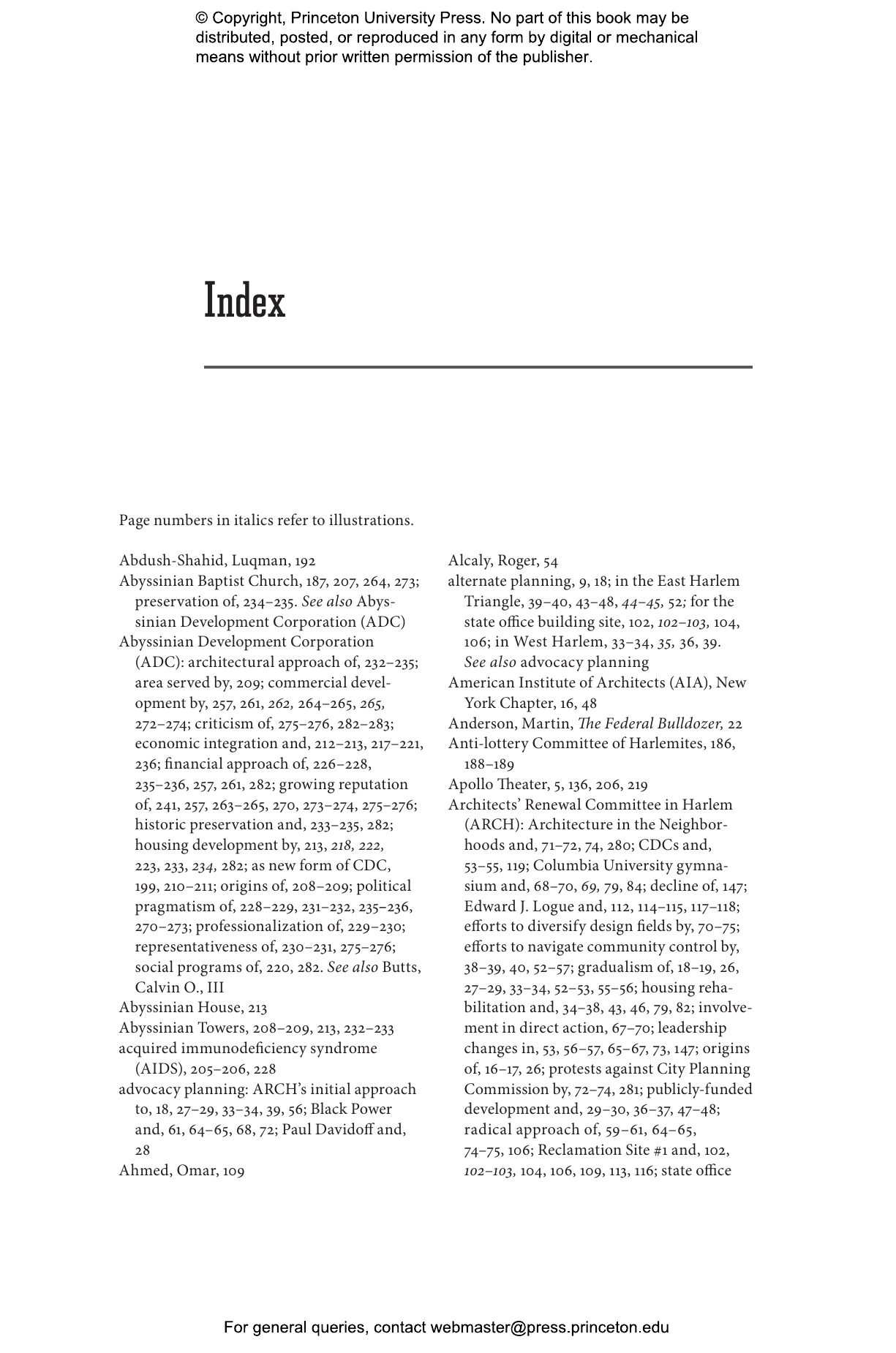 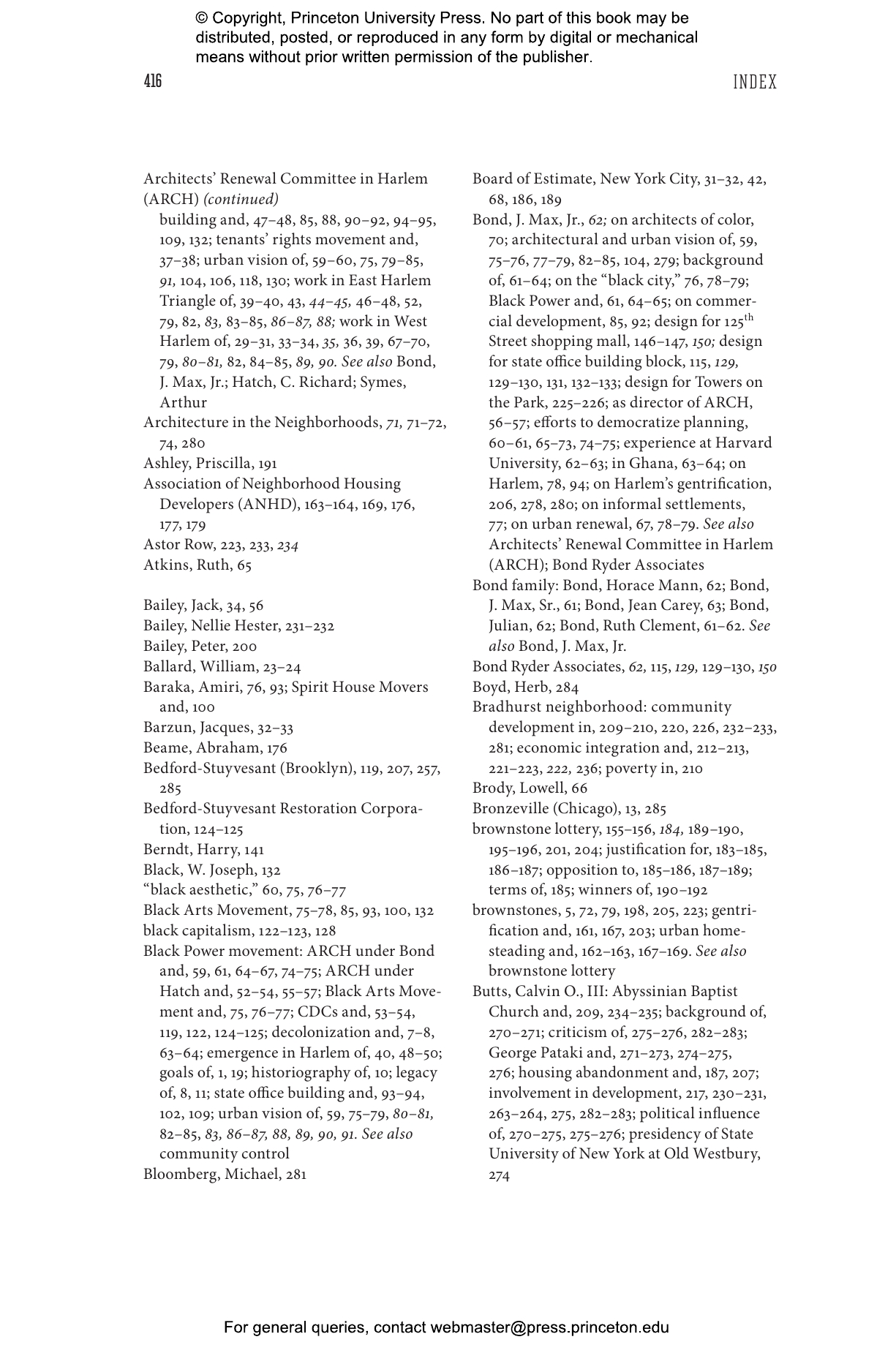 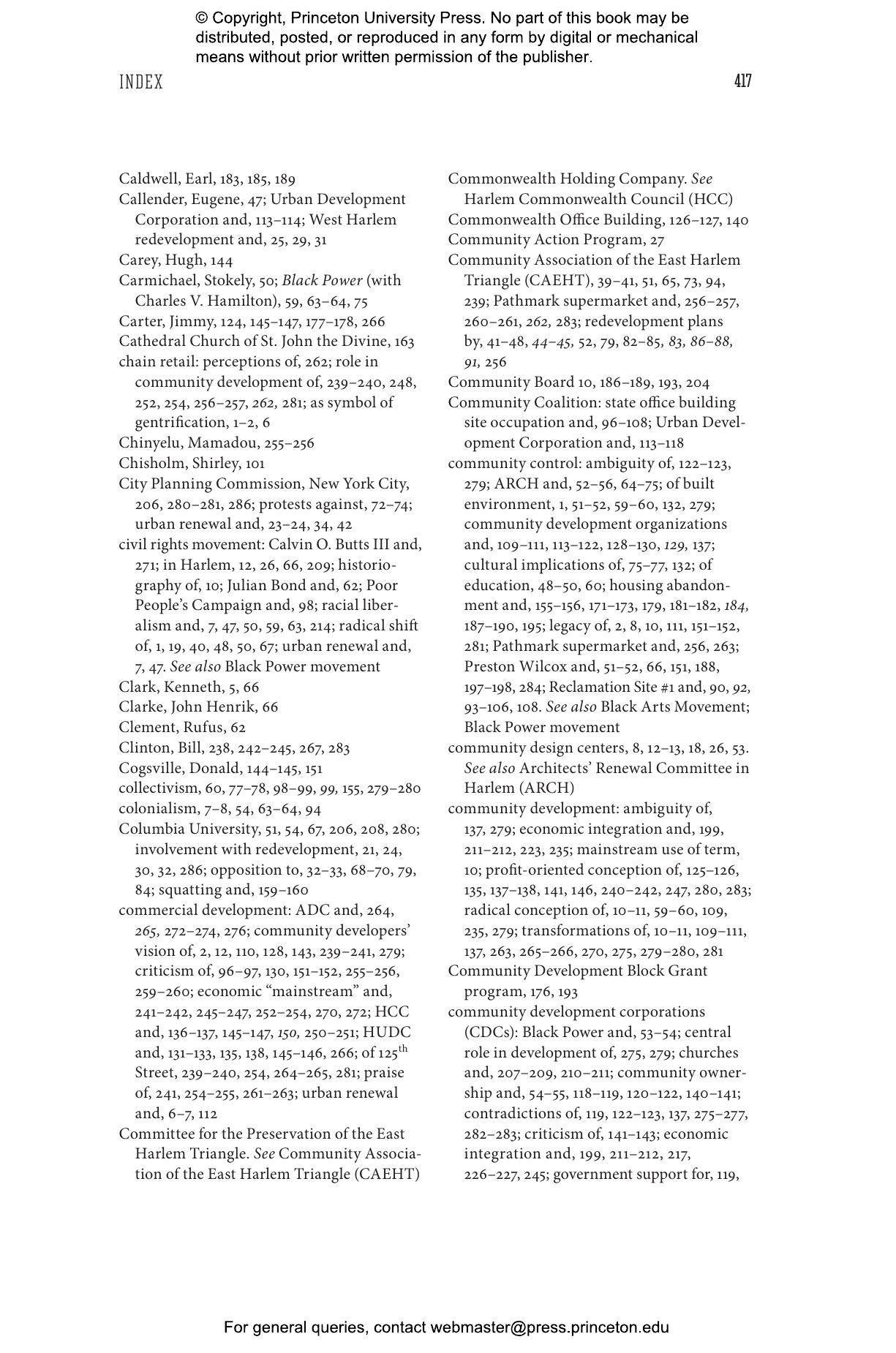 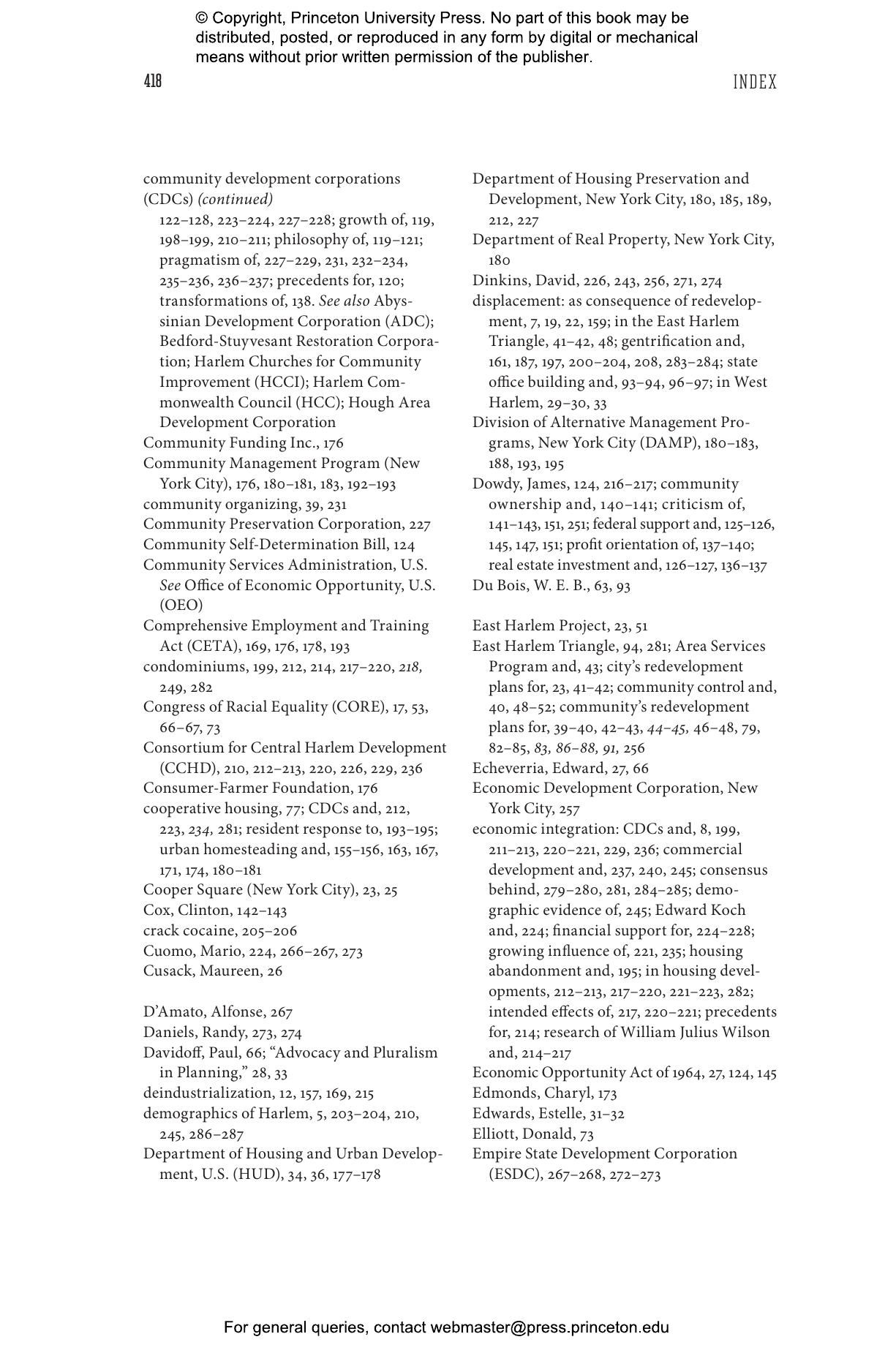 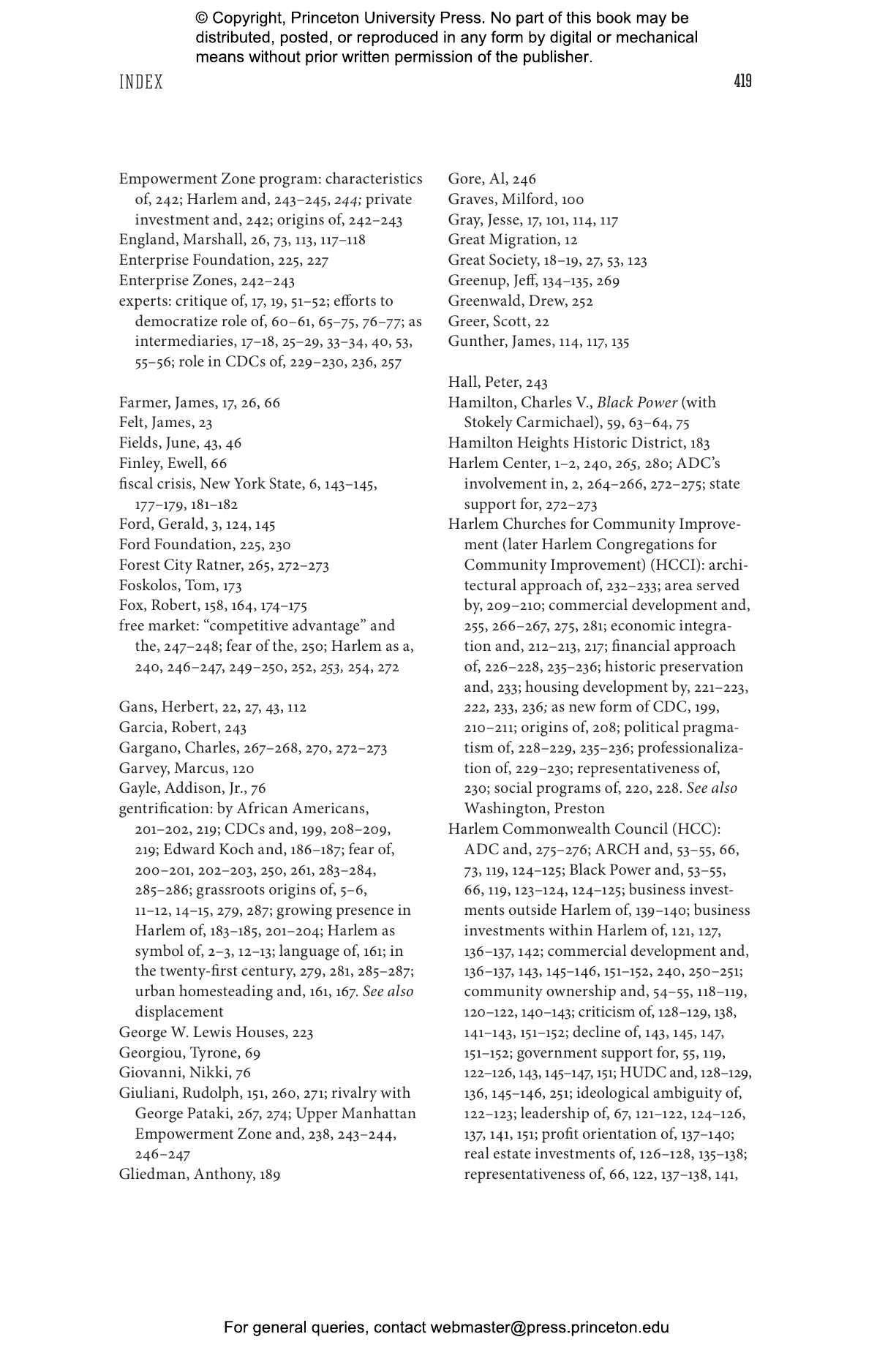 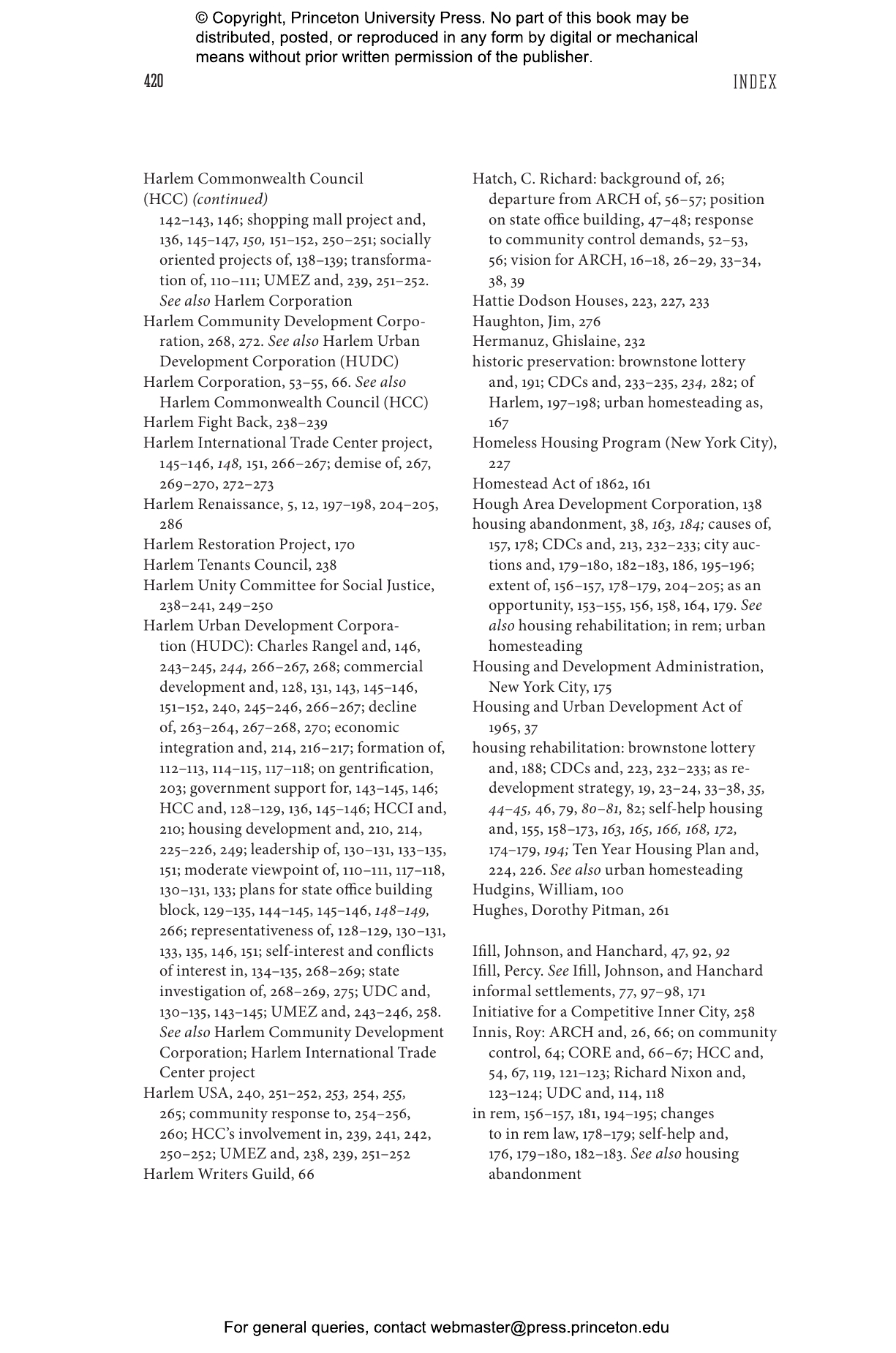 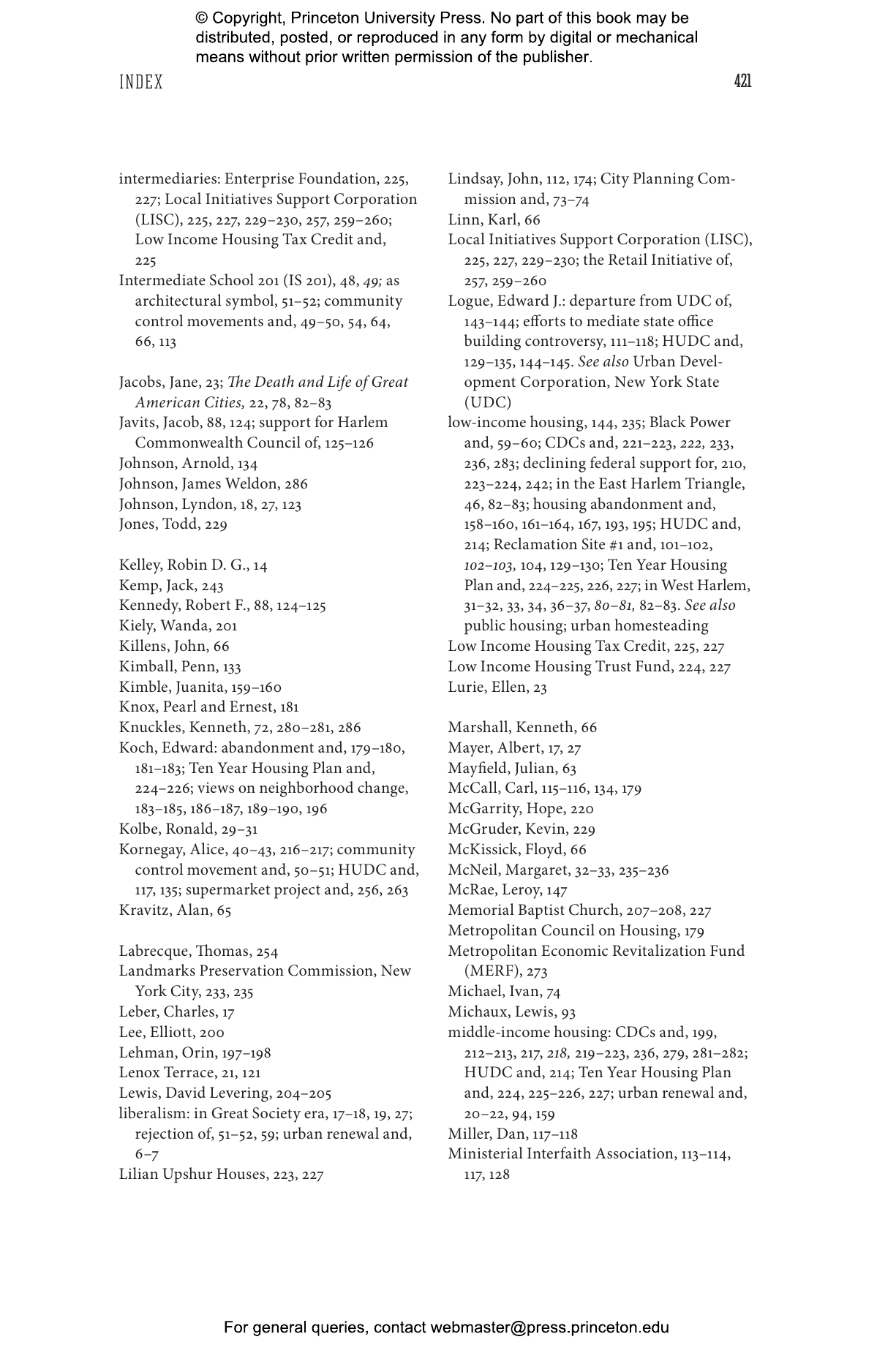 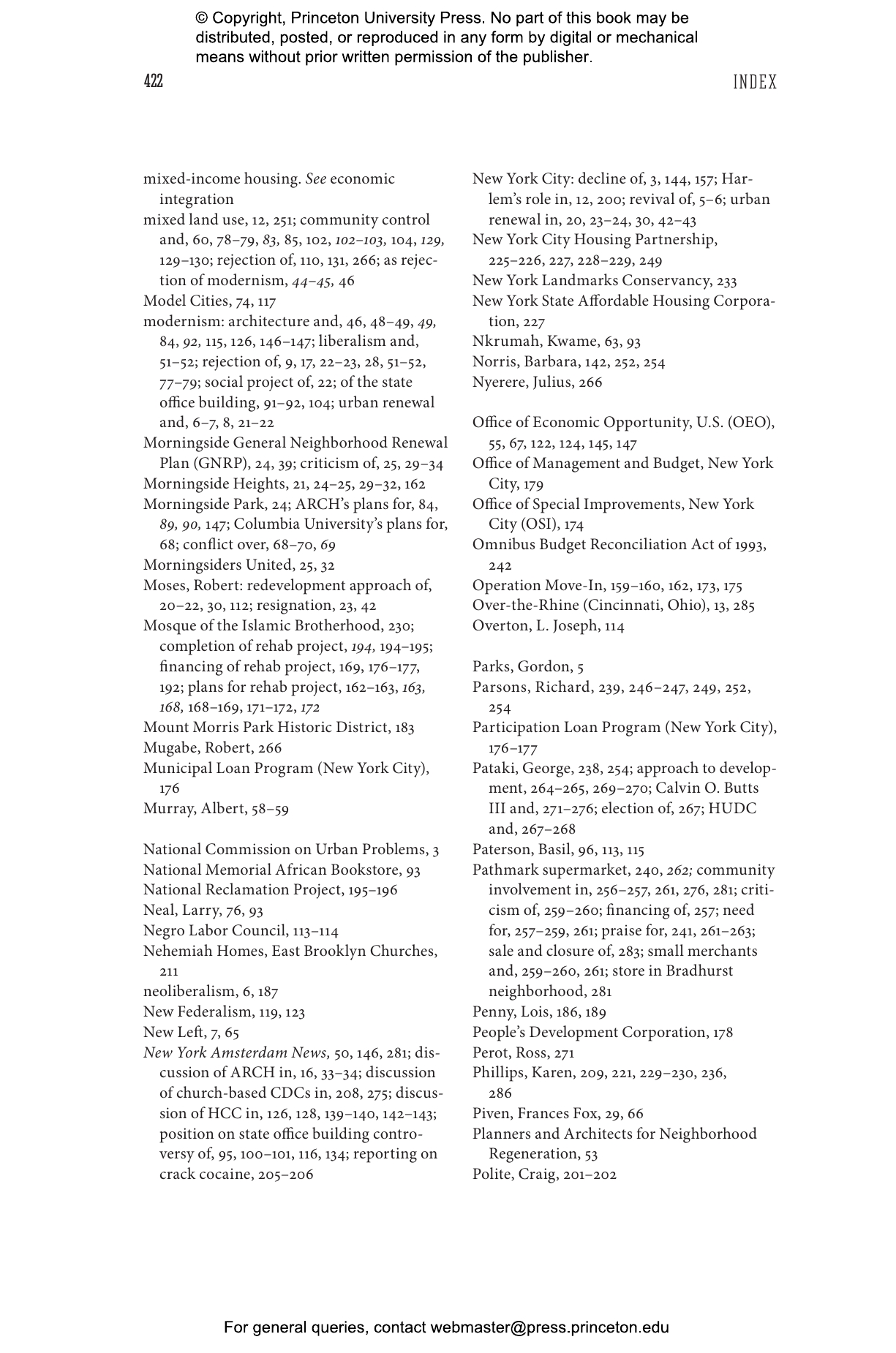 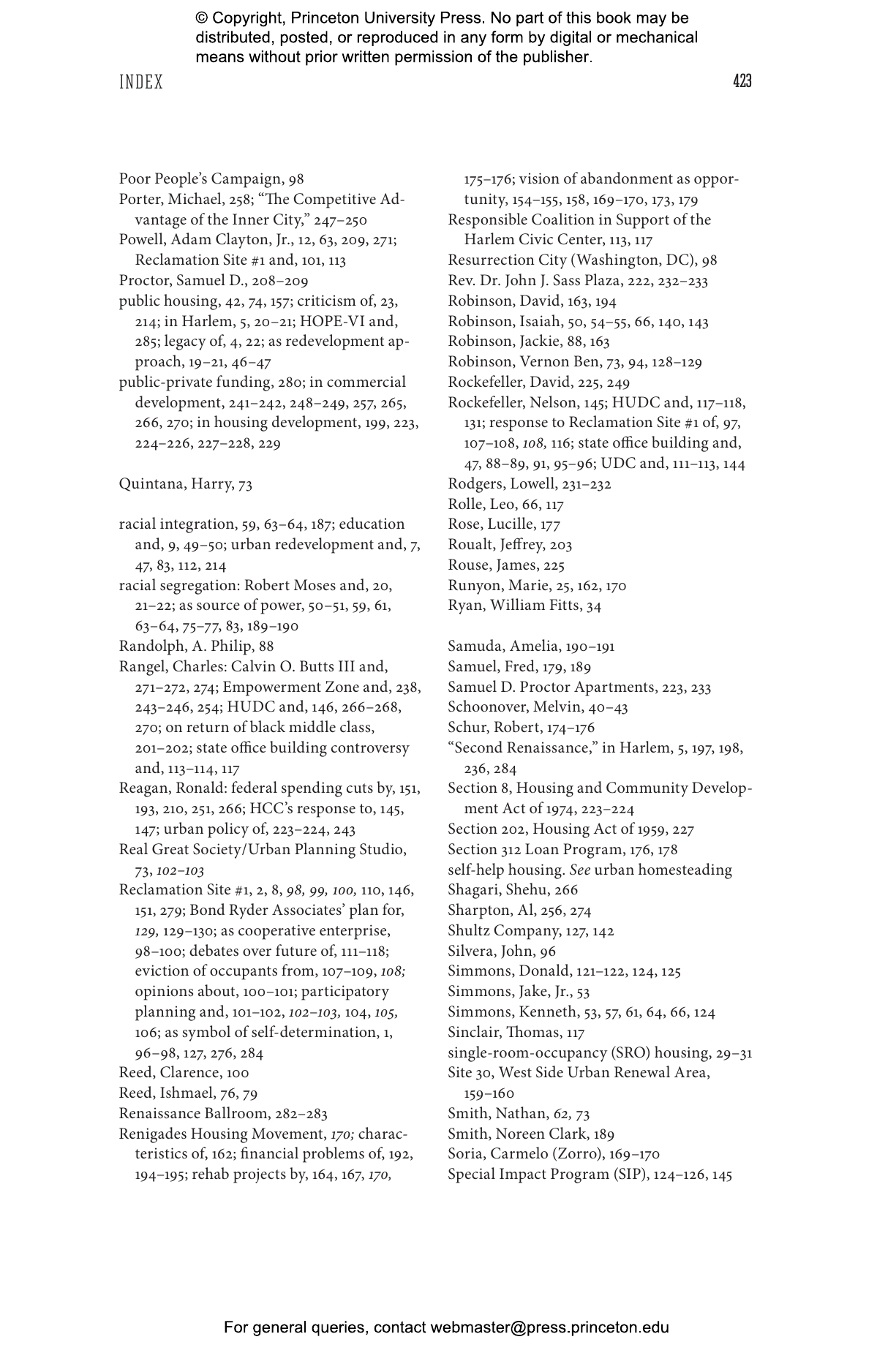 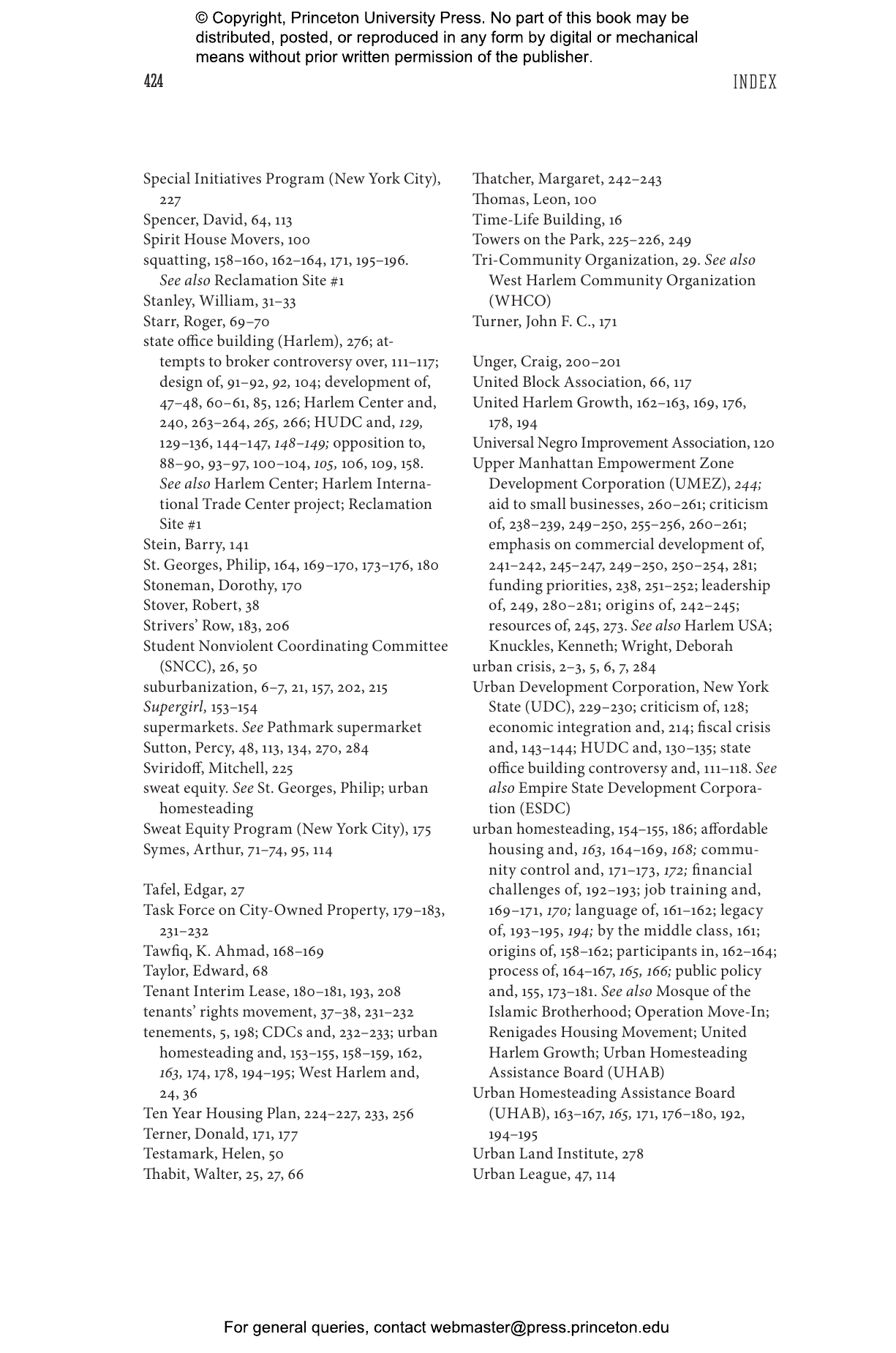 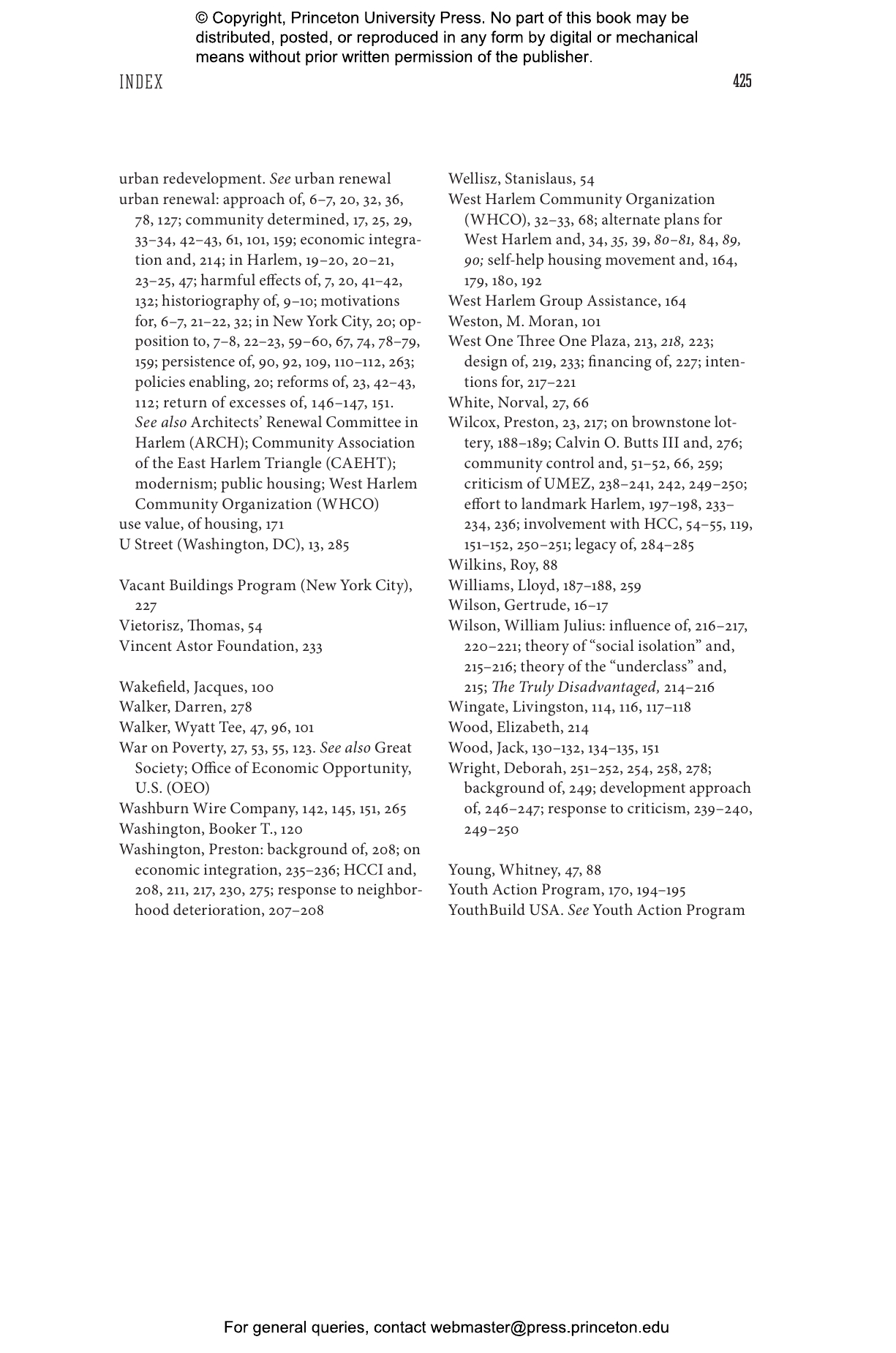 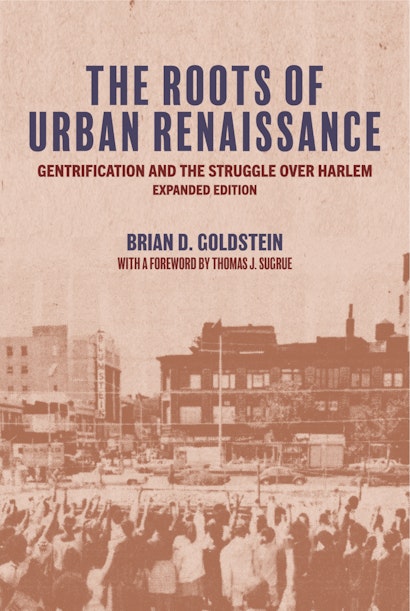 With its gleaming shopping centers and refurbished row houses, today’s Harlem bears little resemblance to the neighborhood of the midcentury urban crisis. Brian Goldstein traces Harlem’s Second Renaissance to a surprising source: the radical social movements of the 1960s that resisted city officials and fought to give Harlemites control of their own destiny. Young Harlem activists, inspired by the civil rights movement, envisioned a Harlem built by and for its low-income, predominantly African American population. In the succeeding decades, however, the community-based organizations they founded came to pursue a very different goal: a neighborhood with national retailers and increasingly affluent residents. The Roots of Urban Renaissance demonstrates that gentrification was not imposed on an unwitting community by unscrupulous developers or opportunistic outsiders. Rather, it grew from the neighborhood’s grassroots, producing a legacy that benefited some longtime residents and threatened others.

Brian D. Goldstein is associate professor of architectural history in the Department of Art and Art History at Swarthmore College.

“[A] meticulously researched account of Harlemites’ efforts to exercise control over their area since the urban crisis of the 1960s.”―Benjamin George Friedman, Times Literary Supplement

“A pleasure to read and a major contribution to urban studies, to the history of the black freedom struggle, and to twentieth-century American social and political history writ large.”—Tracy Neumann, American Historical Review

“An encyclopedic work that chronicles change over time in one of the most mythologized neighborhoods in the world.”—Amber N. Wiley, Journal of Architectural Education

“A powerful counternarrative to conventional views of gentrification.”—Lance Freeman, Journal of Urban Affairs