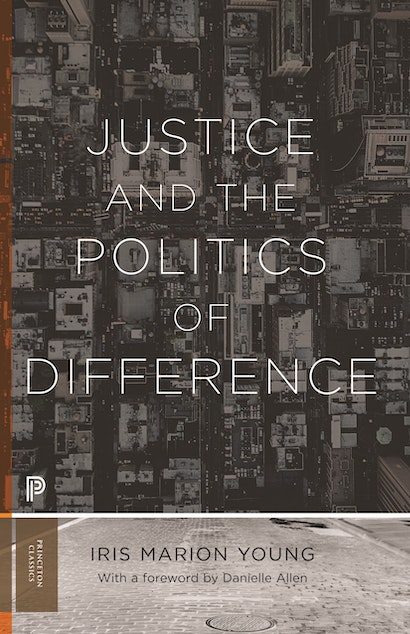 Justice and the Politics of Difference challenges the prevailing reduction of social justice to distributive justice, critically analyzing basic concepts underlying most theories of justice such as impartiality, formal equality, and the unitary moral subjectivity. Drawing on the experiences and concerns of social movements created by marginalized and excluded groups, Iris Marion Young shows how democratic theorists fail to consider institutional arrangements for including people not culturally identified with white European male norms of reason and respectability. Basing her vision of the good society on the differentiated, culturally plural network of contemporary urban life, she argues for a principle of group representation in democratic publics and for group-differentiated policies. Danielle Allen’s incisive foreword contextualizes Young’s work and explains how debates surrounding social justice have changed since—and been transformed by—the original publication of the book.

Iris Marion Young (1949–2006) was professor of political science at the University of Chicago. Her books include On Female Body Experience, Inclusion and Democracy, and Intersecting Voices (Princeton). Danielle Allen is the James Bryant Conant University Professor at Harvard University.

"Young has written an extremely important book, articulating a position which challenges theorists of justice from Plato to Rawls."—Andrew Murphy, Journal of Politics

"This is a superb book which opens up many new vistas for theorists of justice. Young makes a number of insightful arguments both about the issues that need to be addressed by a theory of justice, and about the kind of theory capable of addressing them."—Will Kymlicka, Canadian Philosophical Reviews

"With remarkable precision and clarity, Young constructs a 'pluralized' account of oppression, aiming to describe all the groups and all the ways they are oppressed."—Signs

"This is an innovative work, an important contribution to feminist theory and political thought, and one of the most impressive statements of the relationship between postmodernist critiques of universalism and concrete thinking. . . . Iris Young makes the most convincing case I know of for the emancipatory implications of postmodernism."—Seyla Benhabib, Yale University