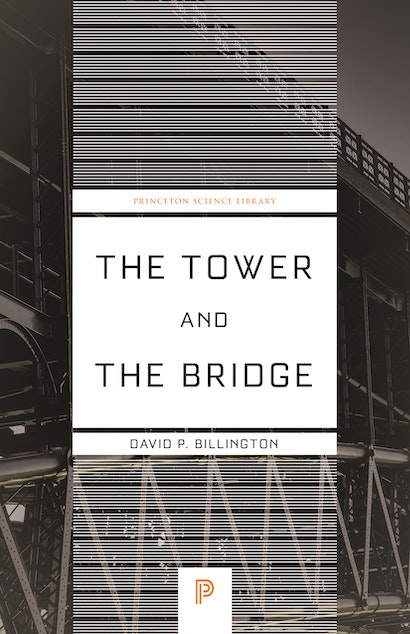 What do structures such as the Eiffel Tower, the Brooklyn Bridge, and the concrete roofs of Pier Luigi Nervi have in common? According to The Tower and the Bridge, all are striking examples of structural art, an exciting area distinct from either architecture or machine design. Aided by stunning photographs, David Billington discusses the technical concerns and artistic principles underpinning the well-known projects of leading structural engineer-artists, including Othmar Ammann, Félix Candela, Gustave Eiffel, Fazlur Khan, Robert Maillart, John Roebling, and many others. A classic work, The Tower and the Bridge introduces readers to the fundamental aesthetics of engineering.

David P. Billington (1927–2018) was the Gordon Y. S. Wu Professor of Engineering Emeritus at Princeton University. His many books include Robert Maillart’s Bridges and Power, Speed, and Form (both Princeton).

“Billington is clearly moved by great structures. . . . This is a book on structural engineering that sees its subject as part of the larger drama of history and culture, and for the breadth of this stance alone, it is impressive.”—Paul Goldberger, New York Times Book Review

“Elegant modern structures are often described as beautiful, and Billington, with the love of an artist, the patience of a historian, and the knowledge of a first-rate structuralist, has presented the achievements of the new age in a language of such lucidity and accuracy as to make them understandable to the interested layman.”—Mario Salvadori, American Scientist