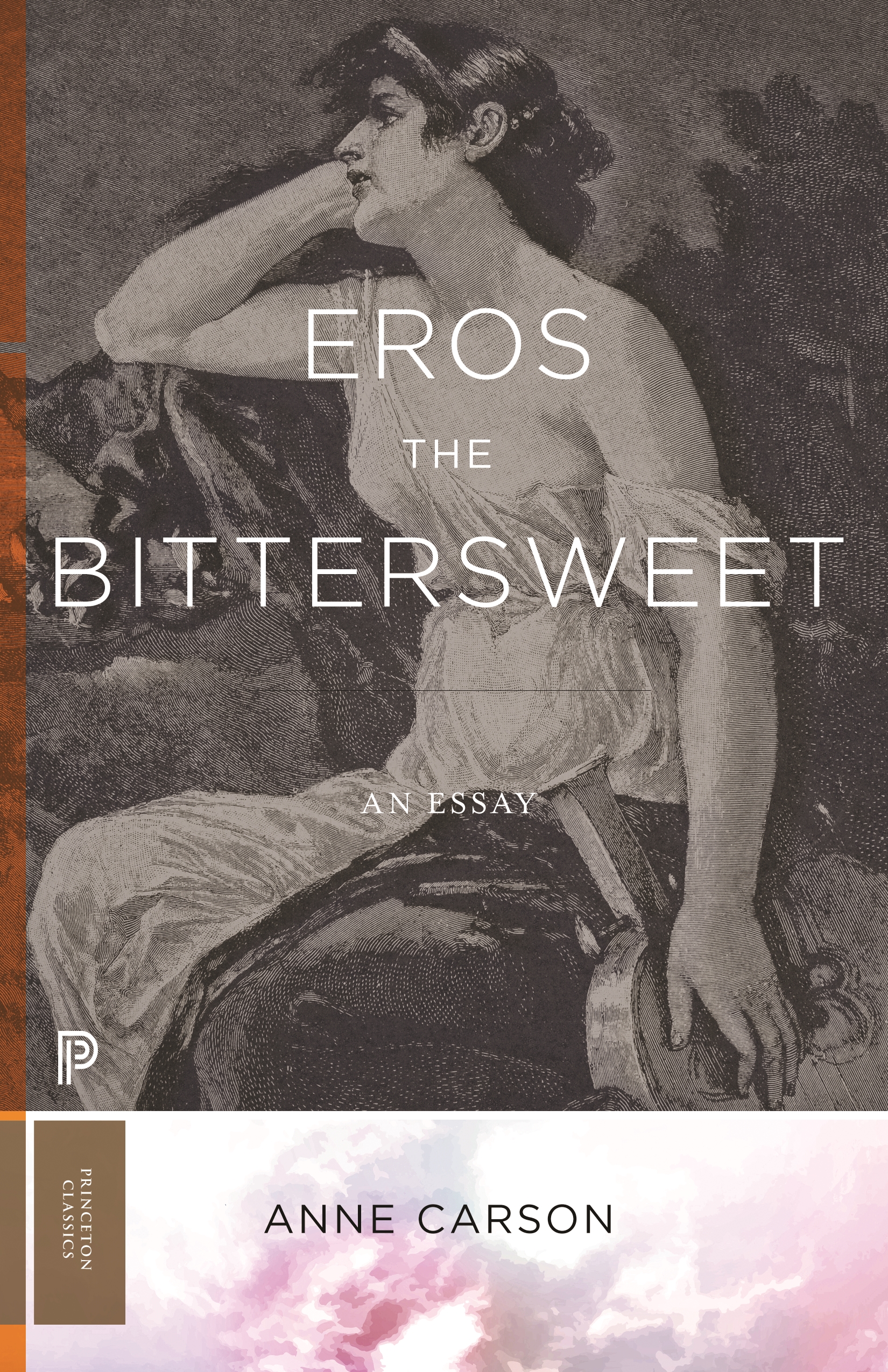 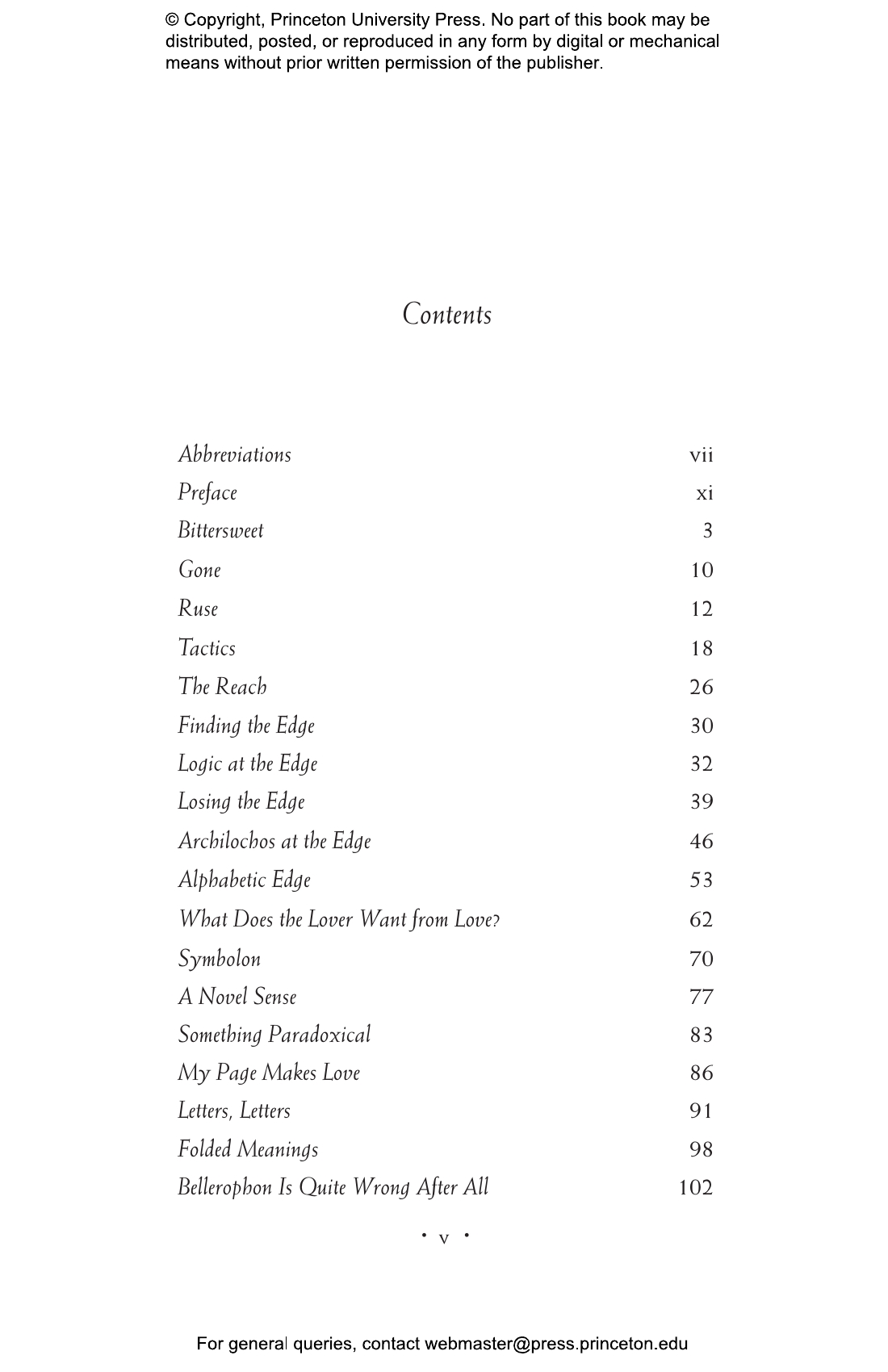 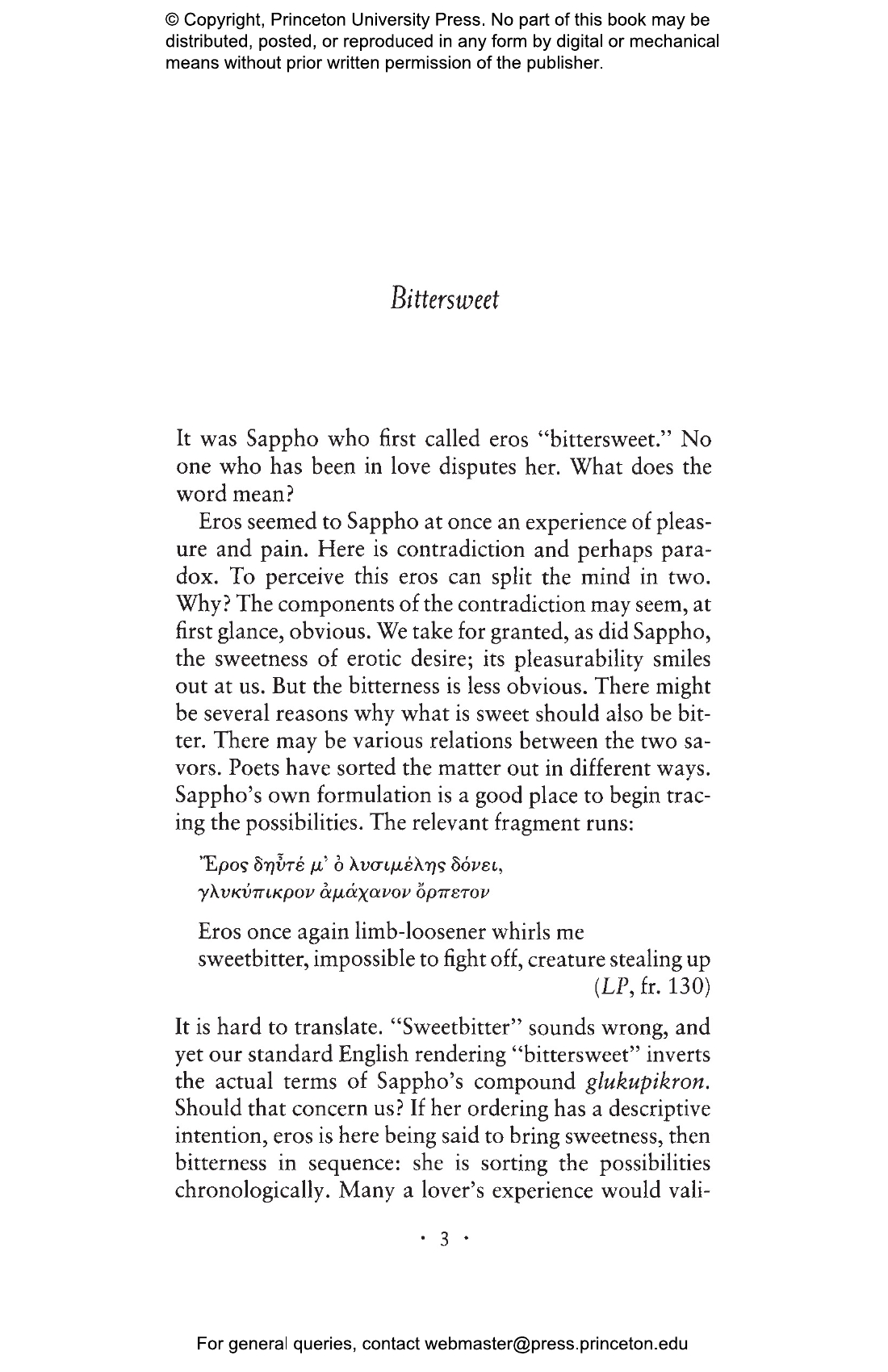 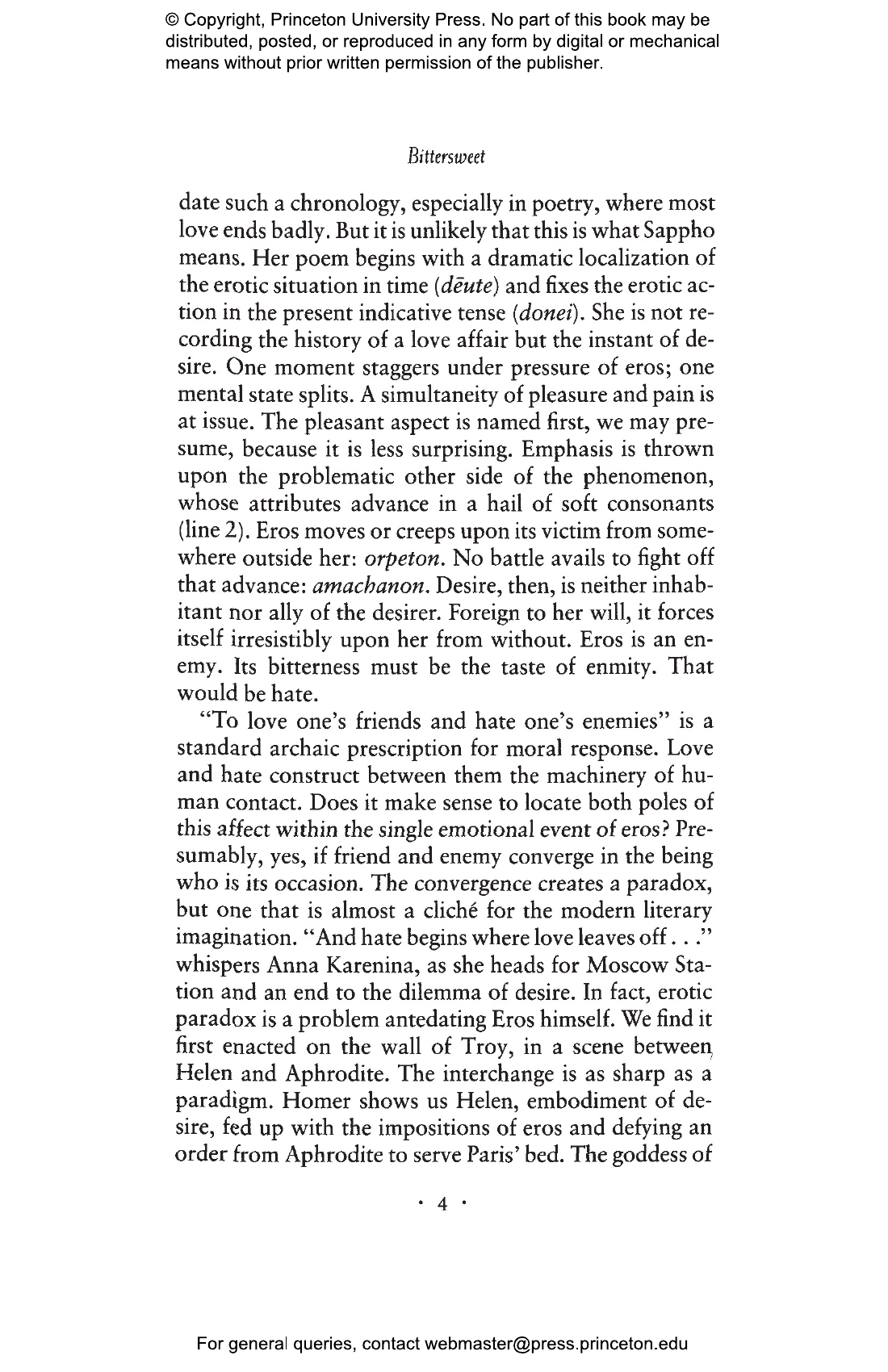 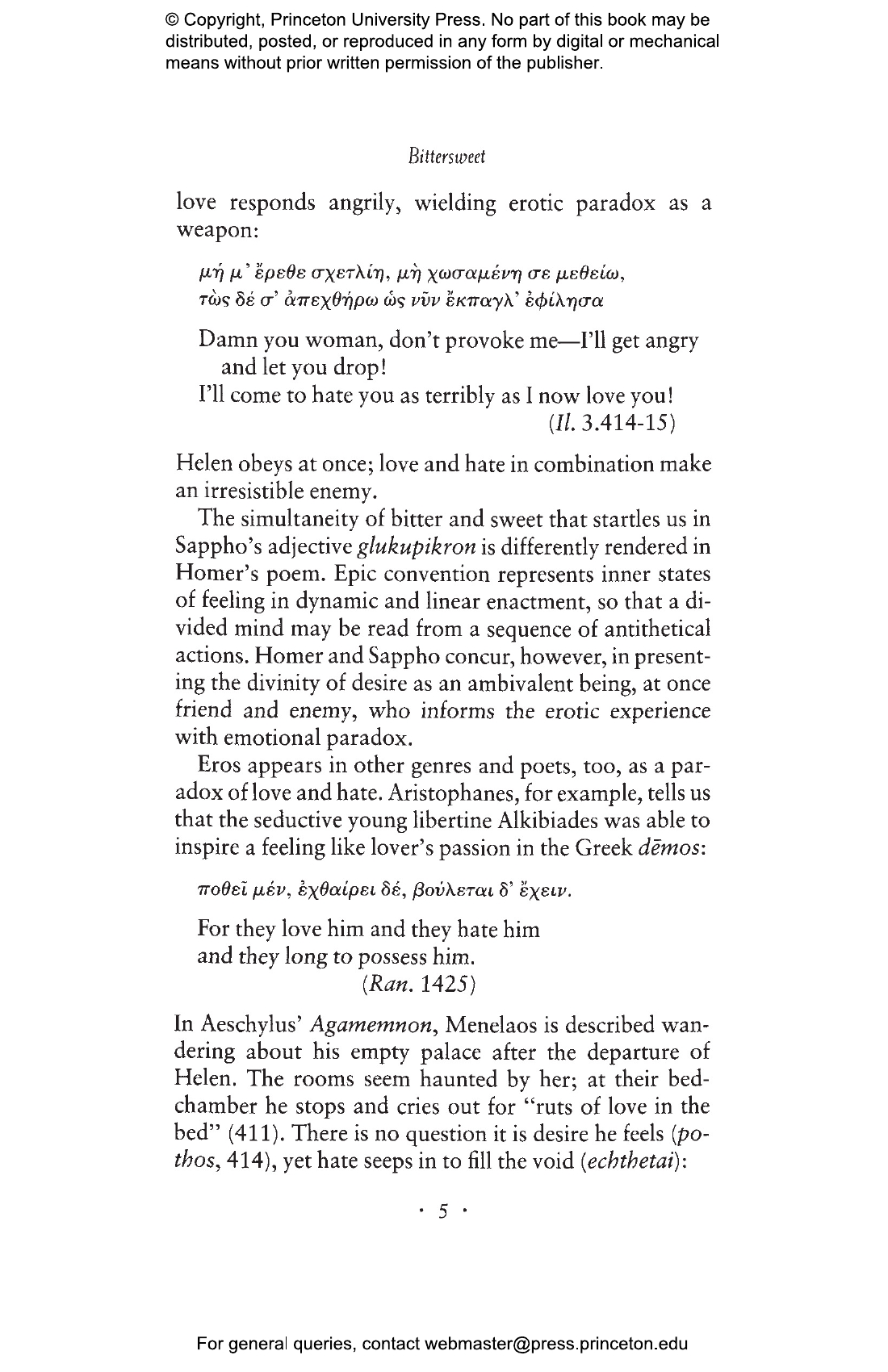 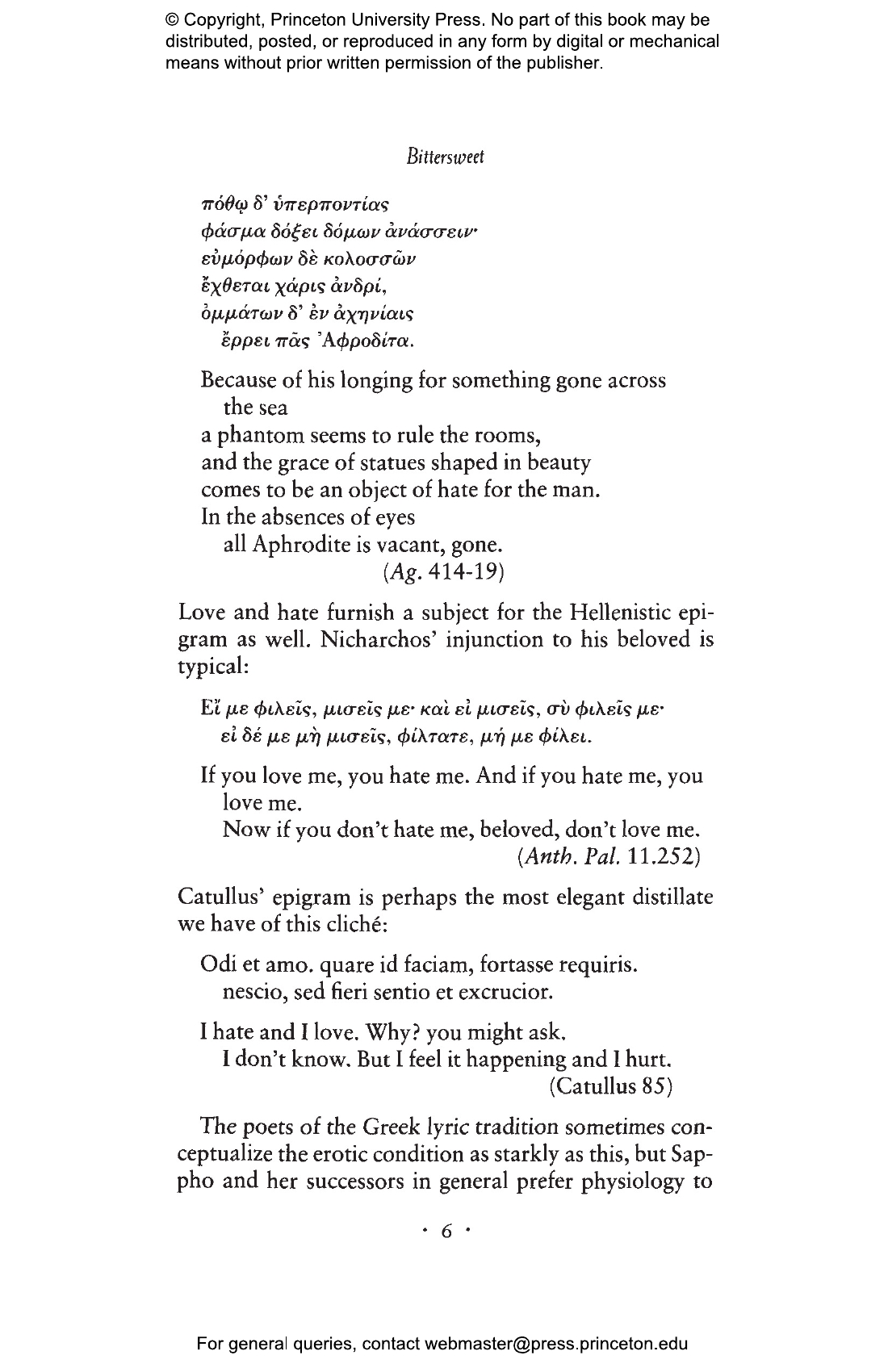 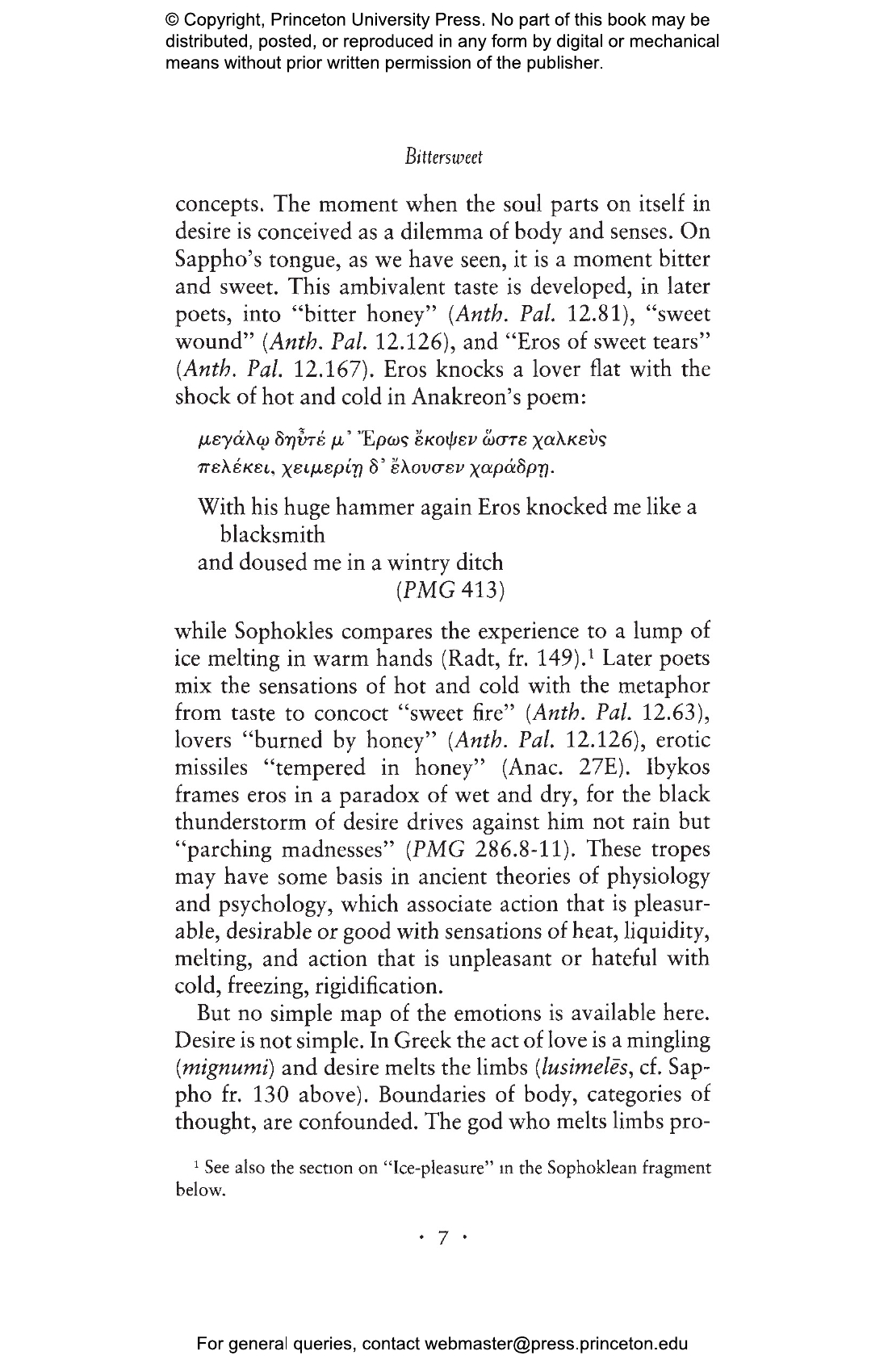 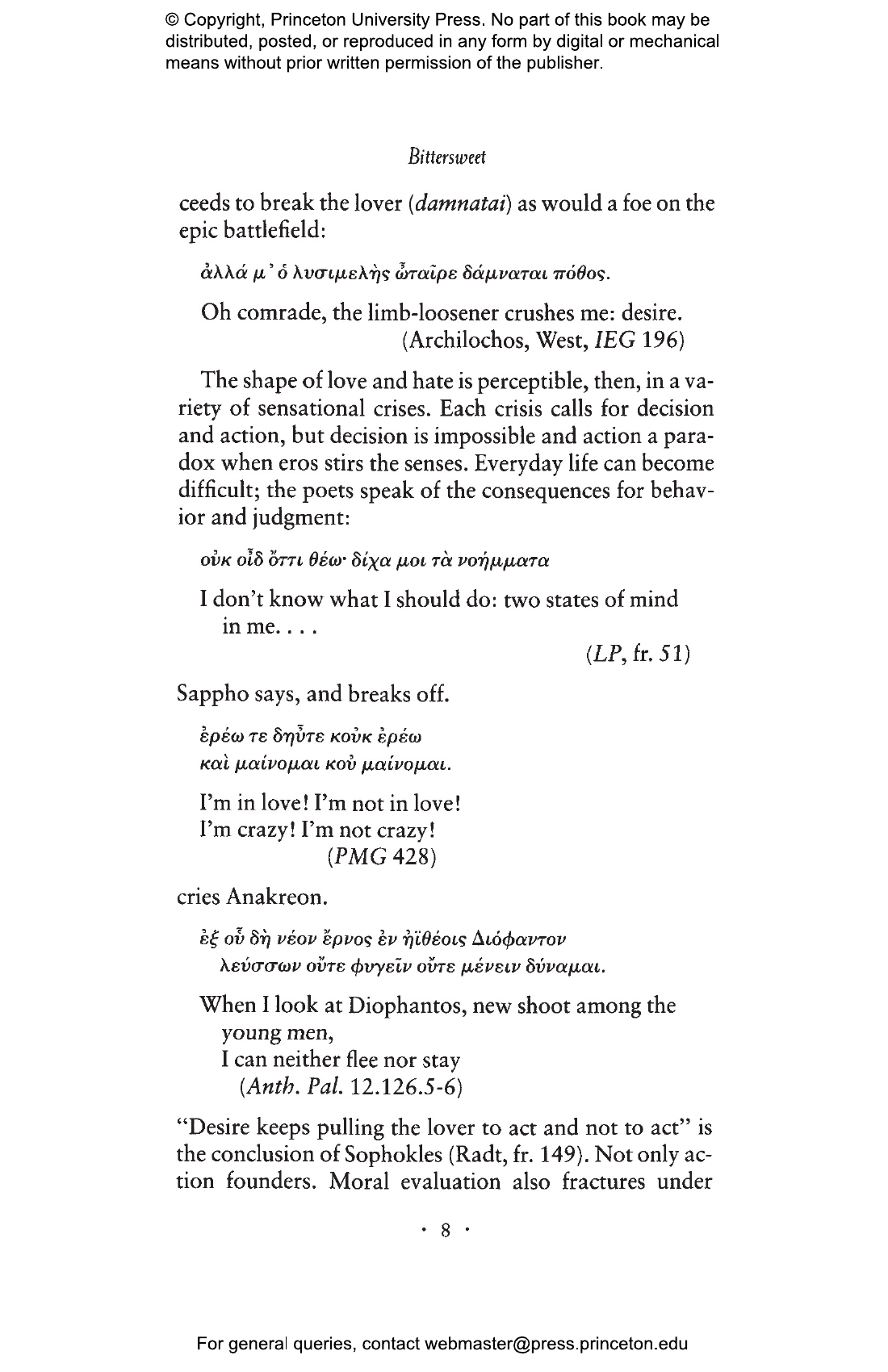 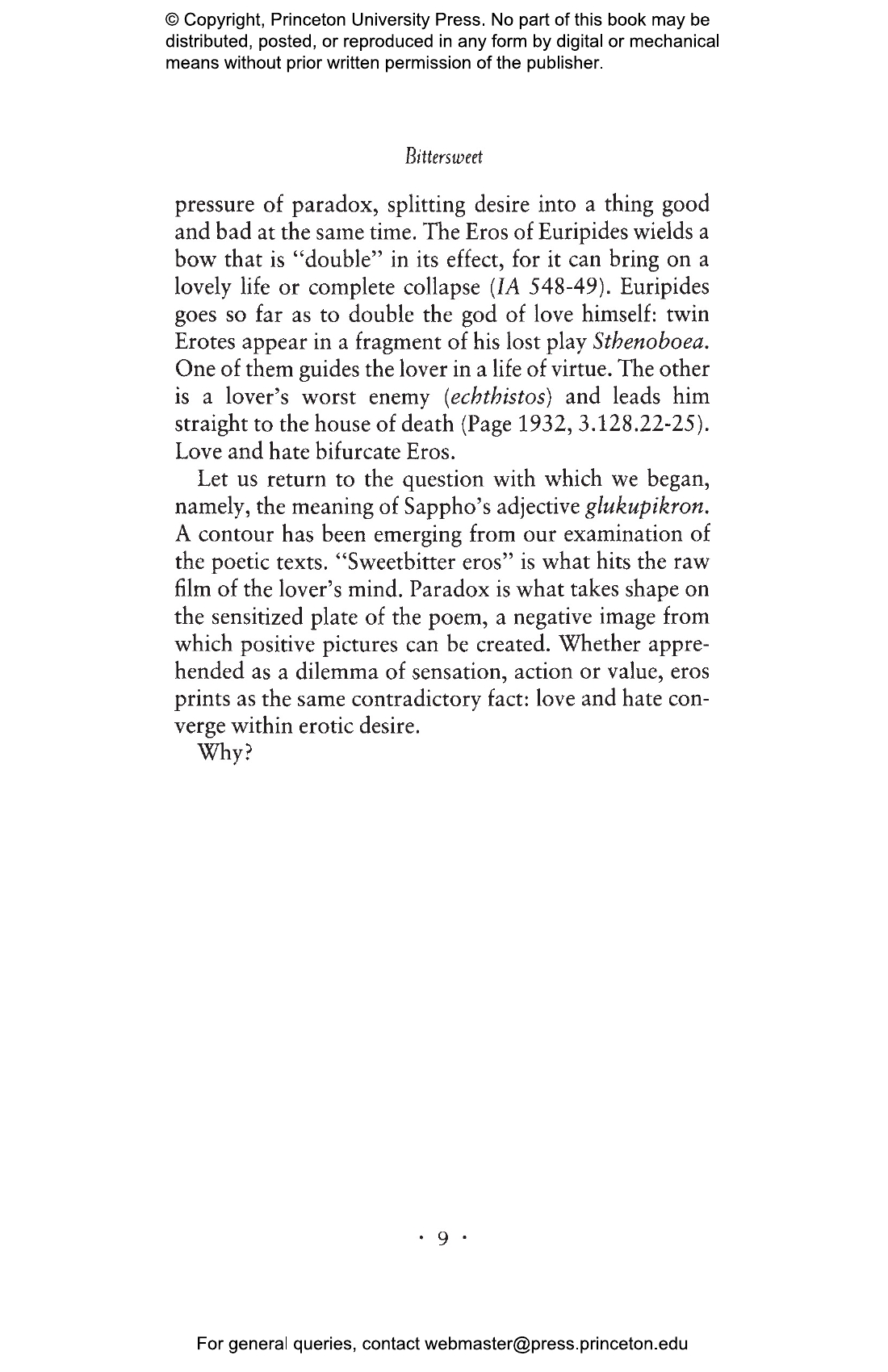 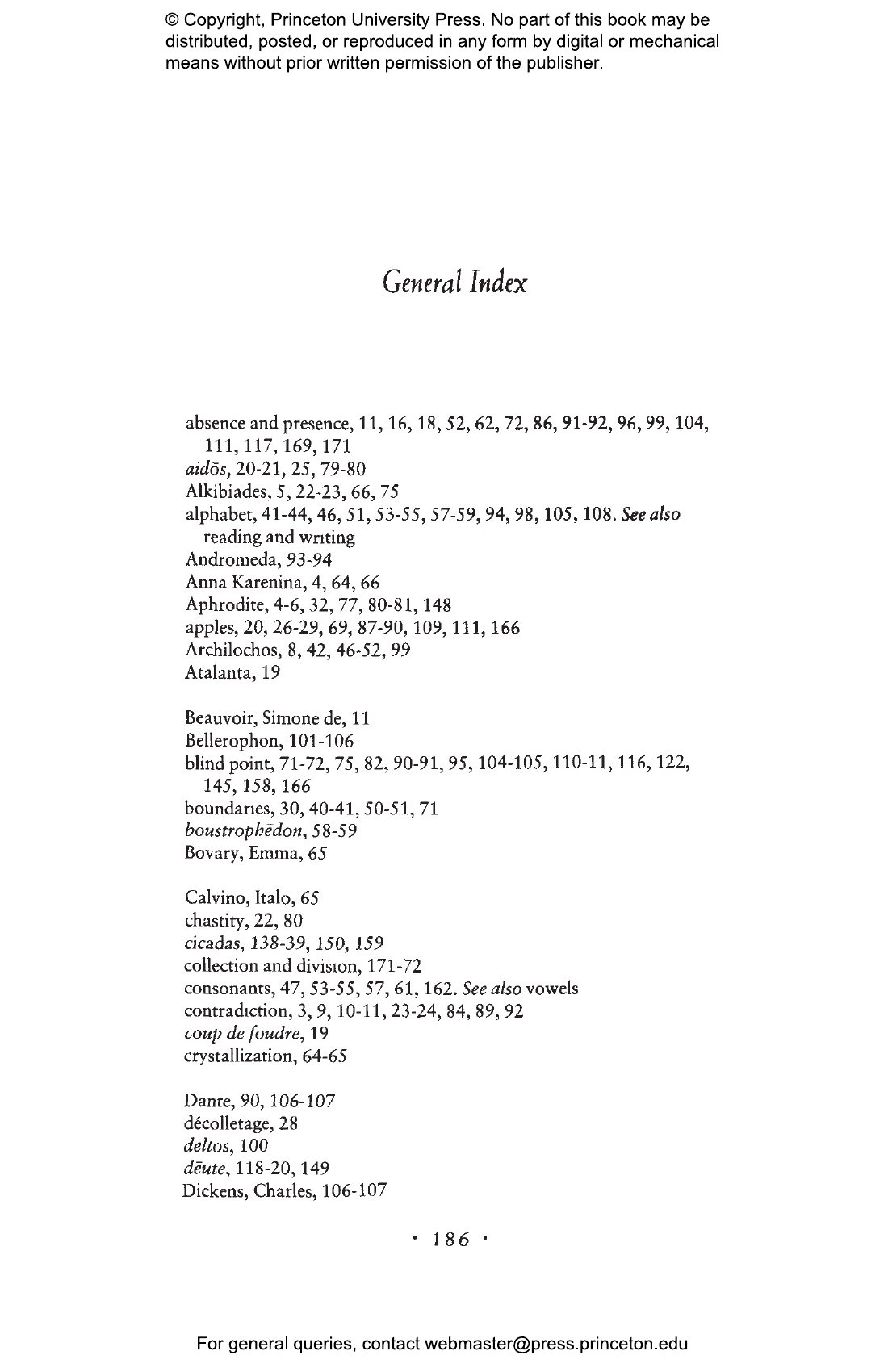 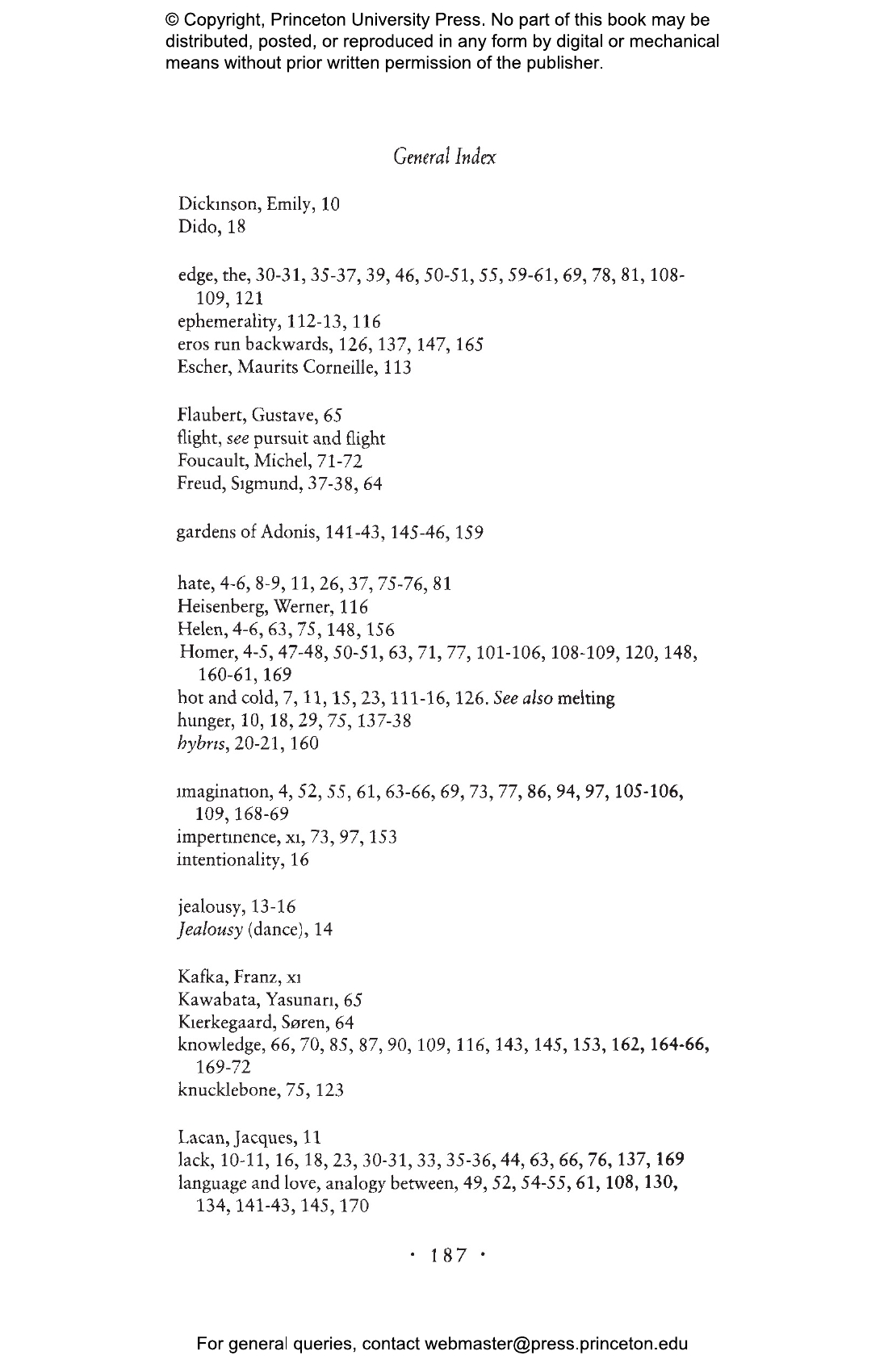 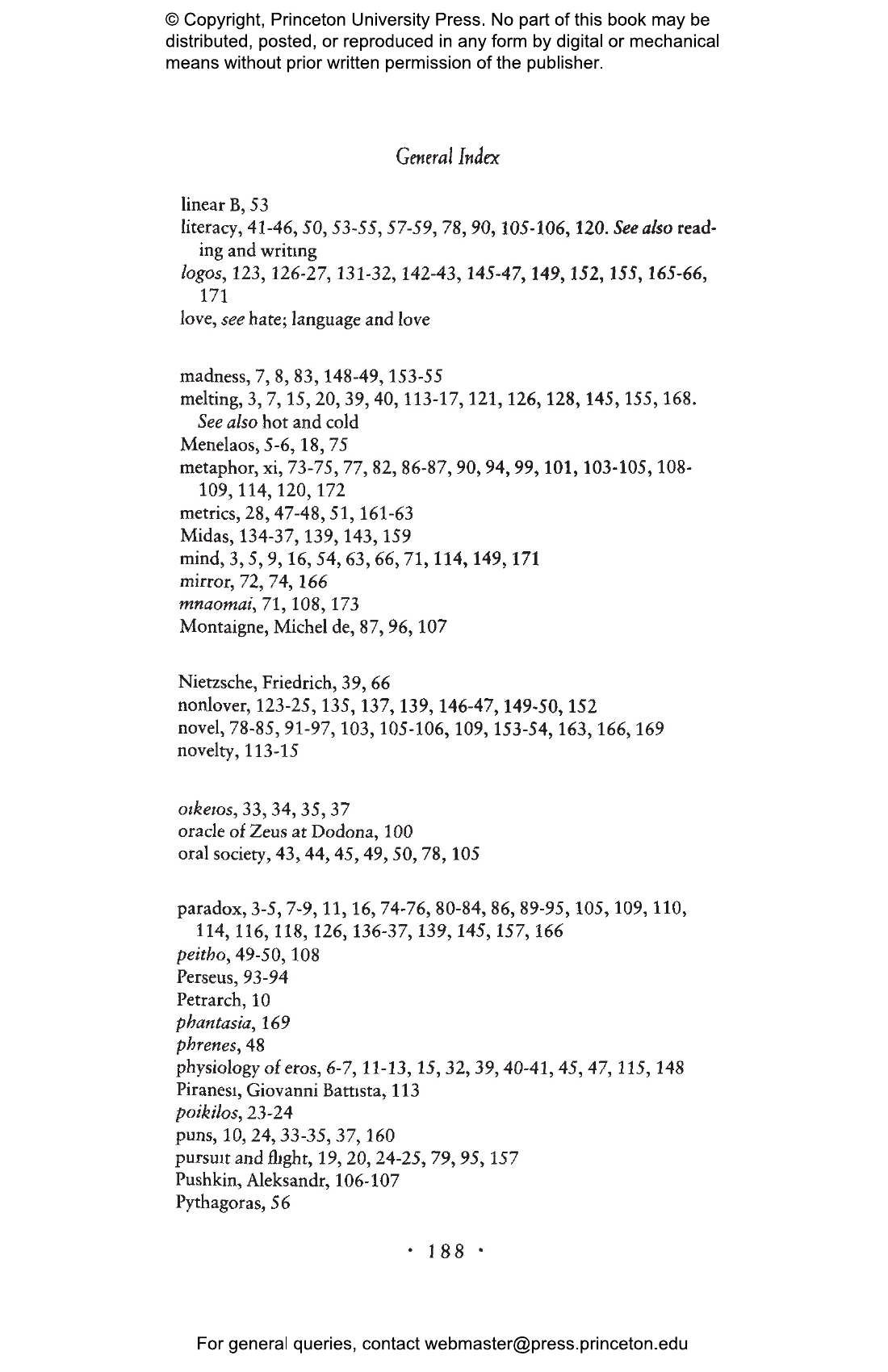 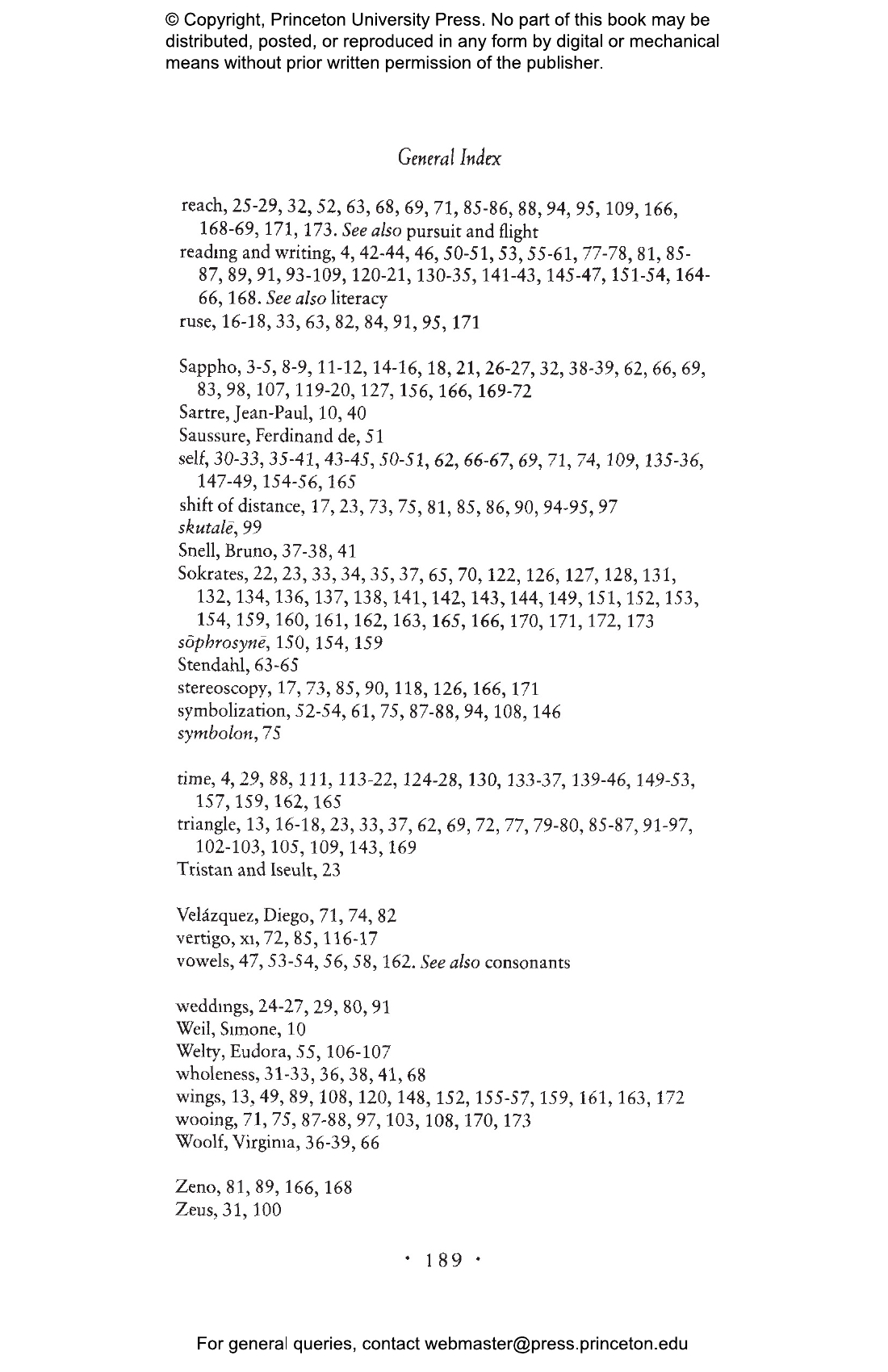 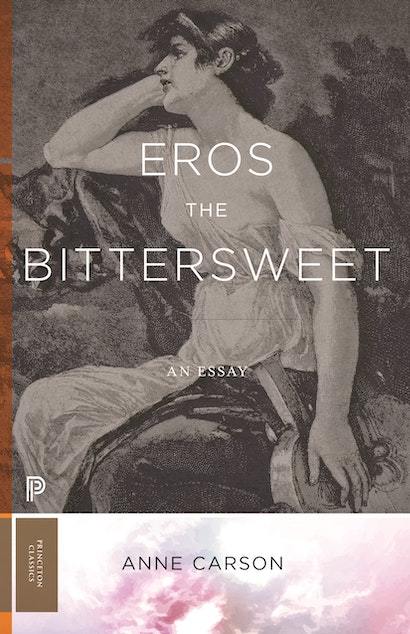 Since it was first published, Eros the Bittersweet, Anne Carson’s lyrical meditation on love in ancient Greek literature and philosophy, has established itself as a favorite among an unusually broad audience, including classicists, essayists, poets, and general readers. Beginning with the poet Sappho’s invention of the word “bittersweet” to describe Eros, Carson’s original and beautifully written book is a wide-ranging reflection on the conflicted nature of romantic love, which is both “miserable” and “one of the greatest pleasures we have.”

Anne Carson was born in Canada and now lives partly in Iceland. She is an acclaimed poet, essayist, translator, and classicist, and has won numerous awards, including a MacArthur, the PEN/Nabokov Award, the T. S. Eliot Prize, and the Los Angeles Times Book Prize. Her books Autobiography of Red and Nox were both finalists for the National Book Critics Circle Award in Poetry.

“In 1986, when Eros the Bittersweet was published, it first stunned the classics community as a work of Greek scholarship; then it stunned the nonfiction community as an inspired return to the lyrically based essays once produced by Seneca, Montaigne, and Emerson; and then, and only then, deep into the 1990s, reissued as ‘literature’ and redesigned for an entirely new audience, it finally stunned the poets.”—John D’Agata, Boston Review

“[Carson] is one of the few writers writing in English that I would read anything that she wrote. If there’s a magazine that has something of hers in it, I buy it automatically. So she’s in a less-than-fingers-on-one-hand group of writers for me.”—Susan Sontag

“What we learn from Eros the Bittersweet while being spun alive by its brilliance is that its author is a philosopher of much cunning and an agile reader, a scholar with a mind as fresh as a spring meadow, no dust anywhere on her.”―Guy Davenport

“There is a fine beauty to the work, and it deserves reading.”―Library Journal

“A wide-ranging exploration of the importance of Eros as an act of the imagination in love, writing, reading and speech. . . . Eros the Bittersweet will remind the reader of the novels and essays of Italo Calvino—both give us the pleasure of making the acquaintance of so many known, forgotten or altogether unknown writers and entice us with the author’s sheer delight in playing with language.”—Barbara K. Gold, American Journal of Philology

“[Carson’s] style is a constant source of pleasure. . . . [She] reads the fine details of Greek poetry with such acuteness that her book would command our interest even if she attempted nothing else.”—George B. Walsh, Classical Philology

“This is an extraordinary book—the book of a poet, a subtle critic, and a scholar. It is also a brilliant piece of writing: flawlessly phrased throughout, constantly surprising but never disappointing, and laced with a wit that is all the more effective because it is perfectly disciplined.”—Bernard Knox

“This strikingly beautiful and provocative poem of the intellect will show by example that discussions of ancient literature can themselves be literature. It is one of those rare books by a professional classicist that will be enthusiastically read and recommended by many working poets, psychologists, novelists, and a large audience of general readers.”—John J. Winkler, Stanford University