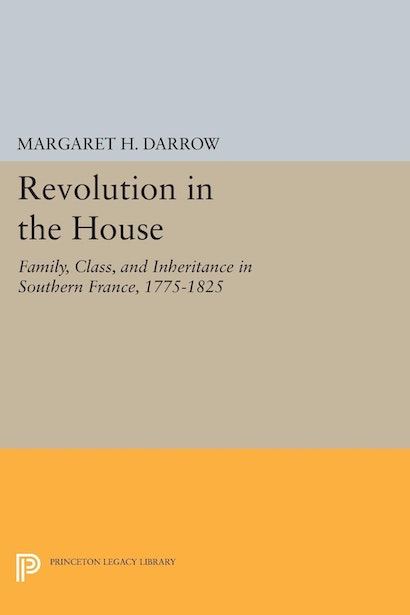 To what extent did the French Revolution “revolutionize” the French family? In examining the changes in inheritance laws brought on by the Revolution, Margaret Darrow gives a lively account of the mixed effects legislation had on families of this period. As a test case, she has chosen the southern city of Montauban, whose Roman-based law enabling testators to appoint their heirs was contradicted by the new laws instituting equal inheritance. Filled with vivid anecdotes, this book shows how Montauban families in varying social classes adapted their financial strategies to cope with rapidly shifting circumstances, often creating solutions not envisioned by the legislators. With family history as its focus, Revolution in the House also provides a detailed social history of Montauban during the French Revolution. Its sources are archival, and its argument rests upon a statistical study of the making and unmaking of family fortunes across several generations. Darrow shows that in the eighteenth and nineteenth centuries, the transmission of wealth expressed a way of life — on the social, political, religious, and economic levels — not only at the top of society but throughout the entire social order.